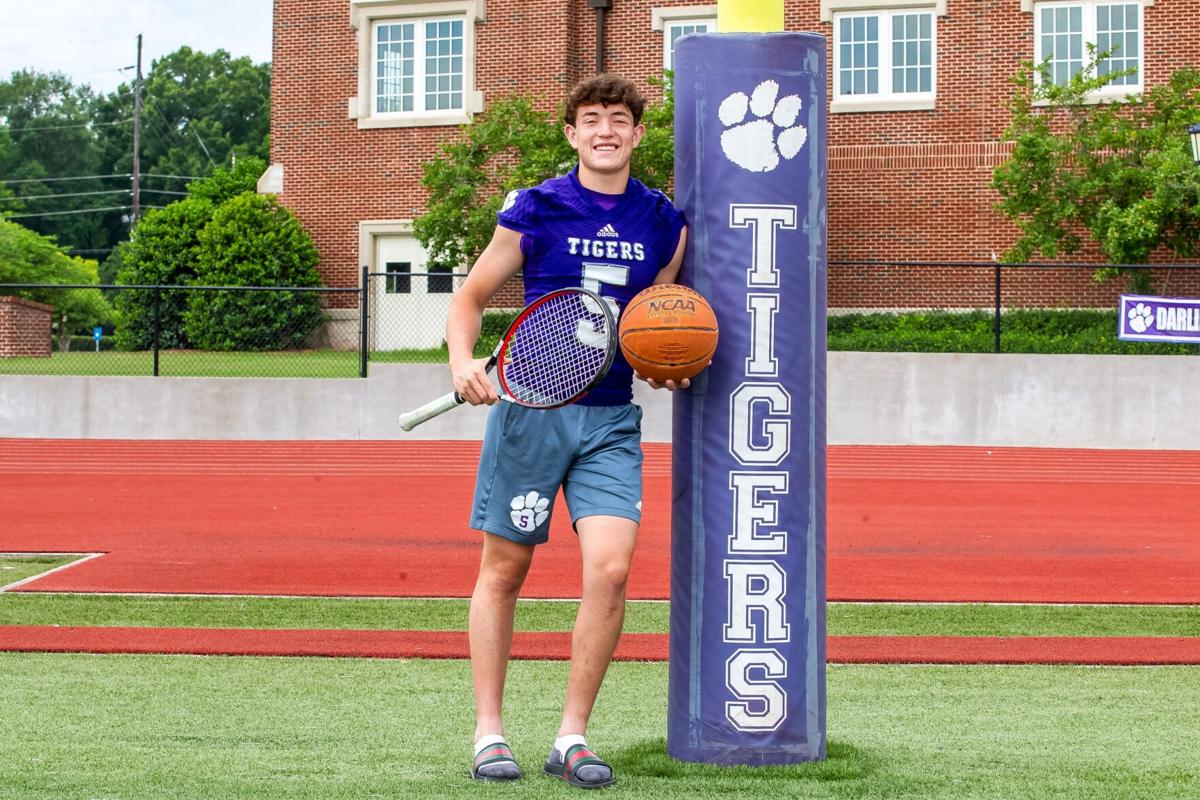 Darlington senior Mason McKenzie has a sports-filled school year ahead of him, starting with football in the fall, basketball in the winter, and tennis and track and field in the spring. Darlington’s football team opens the 2021 season Friday against Whitefield Academy. 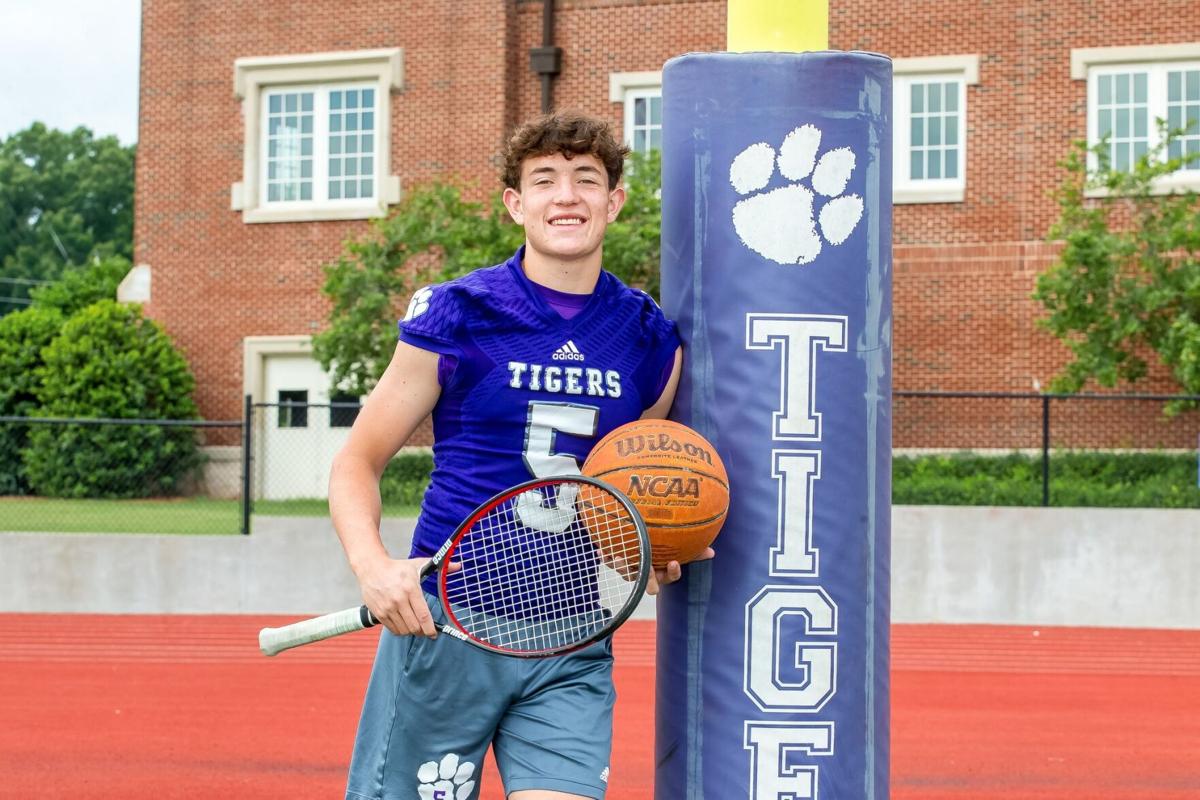 Darlington senior Mason McKenzie has a sports-filled school year ahead of him, starting with football in the fall, basketball in the winter, and tennis and track and field in the spring. Darlington’s football team opens the 2021 season Friday against Whitefield Academy.

It started with football, then basketball, add in some tennis and finally track and field and voila. You have one busy school year, and Darlington senior Mason McKenzie knows the grind all too well.

“I have a love for just staying active, whether it’s any sport, just having something to do to keep my body going,” McKenzie said. “Being around my teammates, my classmates, my friends, that’s one of the main reasons. I could spend more time with them.”

As the school year begins, McKenzie will soon be visible all over the field in a purple Darlington Tigers football uniform. He is the team’s long snapper, as well as a wide receiver on offense and an outside linebacker on defense.

McKenzie’s head football coach, Tommy Atha, described him as a “technician,” as he takes pride in constantly working on his craft in whatever role he might be called into.

“His skill as a long snapper is incredible,” Atha said. “That’s one of the things we’ve always tried to do here is make sure that we work just as hard in the special teams as we do in all the other phases. As a football coach, anybody knows when you have a long snapper that can get it there in a hurry, it helps your punter with his ‘get off’ time. It makes your place kicker be able to stay consistent with his kicking stroke.”

In the winter time, at the conclusion of the football season, McKenzie trades in his pads and helmet for shorts and a sleeveless jersey as he switches gears to basketball. McKenzie plays point guard for the Tigers.

“Mason approaches everything the same way,” Atha, who has experience coaching basketball, said. “He’s a hard worker (and) he’s very detail-oriented. As a point guard, you can see it in his decision making. You can see (he’s) fundamentally sound in the way he distributes the ball.”

McKenzie said his father, Bo, got him into football and basketball at a young age. Bo McKenzie was also the head tennis coach at Pepperell, and Mason McKenzie took an interest in the sport during middle school. This past spring, McKenzie added track and field to his repertoire.

But why continue to add sports? McKenzie it boils down to his coaches.

“I really enjoy all the coaches that coach that (respective) sport and just staying active, keeping my body going during the school year,” McKenzie said. “I enjoy having something to do every day after school.”

As Mason’s jam-packed senior year arrives, he said he is setting high standards for himself in every discipline he undertakes.

“This past year, I made it to state in track, tennis, basketball, football,” McKenzie said. “I just hope I am even more successful as a senior. Being able to place higher in state or go further in the playoffs in tennis, even football and basketball.”

As high school football’s regular season starts, Atha had high praise for what McKenzie will be able to contribute in his final go-around.

“We’ve certainly been blessed to have him in the program,” Atha said. “When you add the fact that he can run routes and catch footballs and tackle in space, when you’ve got a kid who can contribute in all three phases, that’s just a blessing for us.”

Looking toward the future, McKenzie said a few college coaches have reached out to him about long snapping.

“That’s something that I’ve dreamed of for the past few years,” McKenzie said. “It’s something I hope to do after high school, but God will lead me in the right way.”

The Tigers were scheduled to open their 2021 season against the Lakeview Academy Lions on Friday at Chris Hunter Stadium, but the Lions had to back out of the contest.