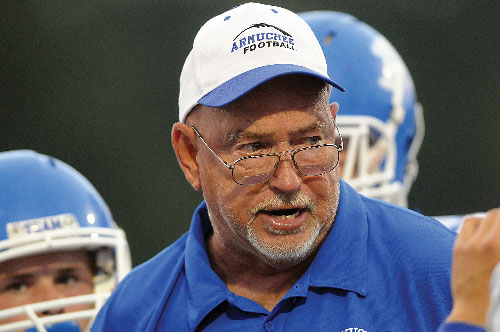 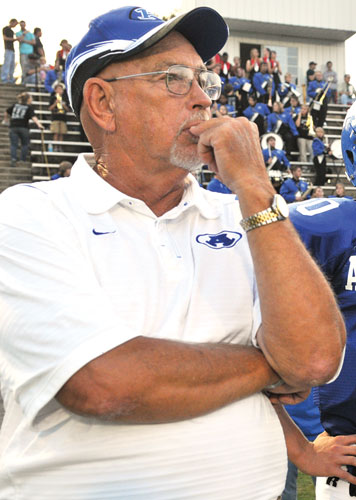 John Mullinax, who coached the Armuchee Indians football team from 2004-2011, died Sunday in Tellico Plains, Tennessee, at the age of 75. According to the Daily Post Athenian in Tennessee, Mullinax had been battling lung cancer since 2015.

During his time at Armuchee, Mullinax compiled a record of 29-46. Under Mullinax, the Indians reached the state playoffs in 2009, but fell to Westminster in the opening round 28-6.

Four games into the 2011 football season, Mullinax resigned as head coach of the Indians.

Mullinax would make a return to Tennessee high school football, becoming the head coach at Tellico Plains High School the following year. He would serve there until retiring at the conclusion of the 2018 season.

Prior to his tenure with the Indians, Mullinax spent 19 seasons as head coach of McMinn County High School in Athens, Tennessee. From 1984-2002, he guided the program to 11 state playoff appearances, including three 10-plus win seasons.

According to the Daily Post Athenian, Mullinax got his coaching start in 1968 as the defensive backs coach at Carson-Newman College, then served a tour of duty during the Vietnam War.

What’s the status of Battle 4 Atlantis with Covid concerns on rise?

State fair proceeds in Albuquerque with attendance challenges amid pandemic

Local emergency responders in Vernon, Manchester bag groceries for a good cause

Roads to be closed for South Windsor 175th anniversary