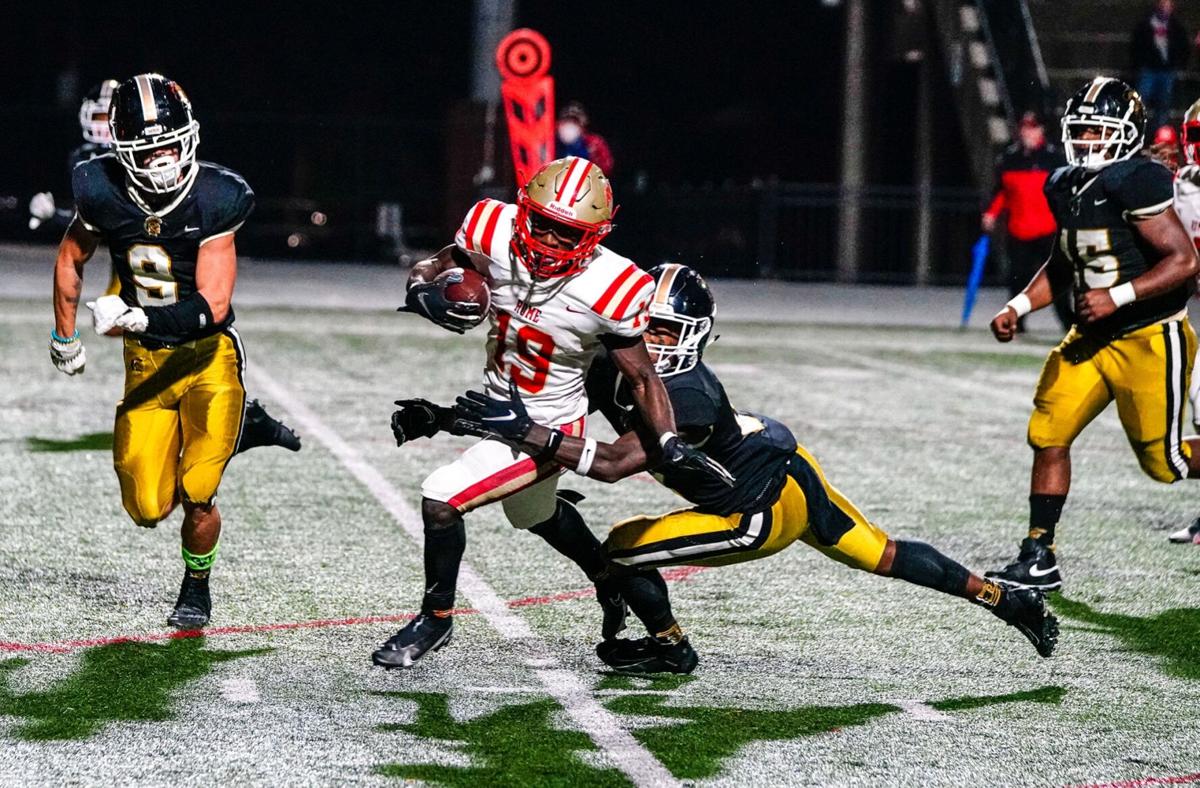 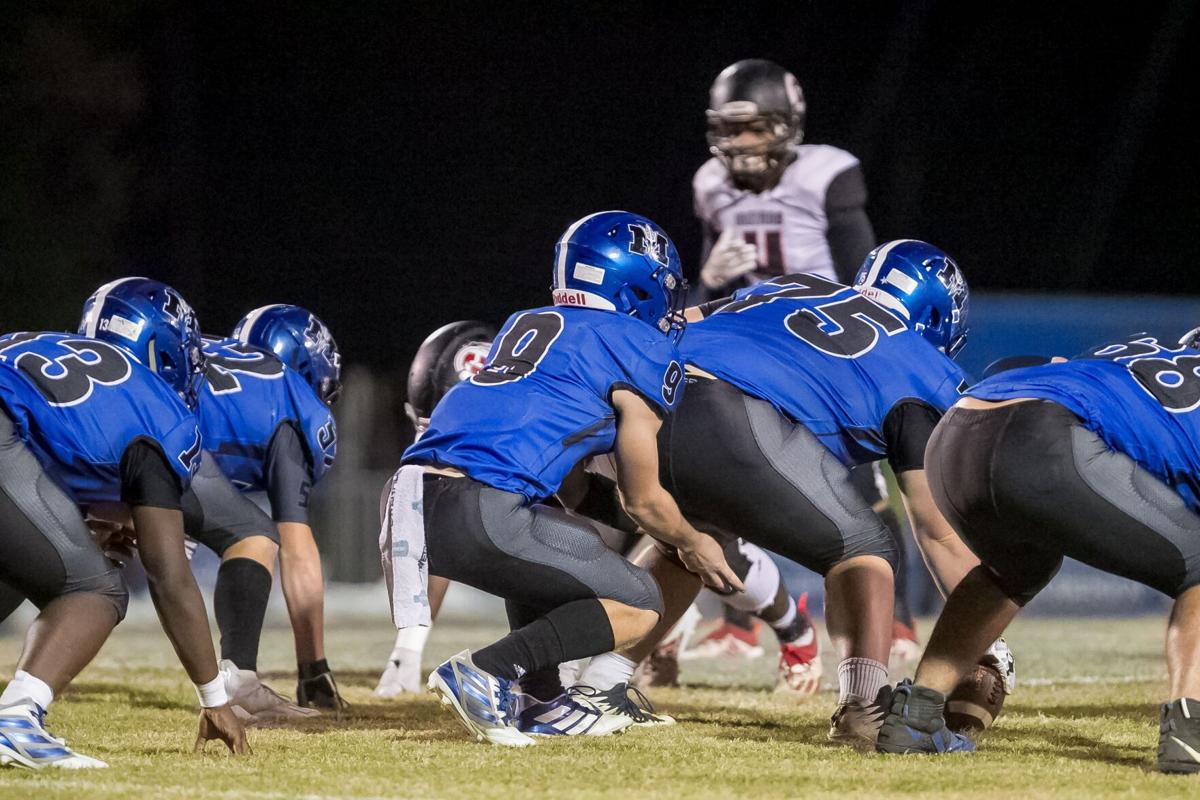 Model quarterback Sam Silver prepares to take a snap during the Blue Devils’ region game versus Chattooga on Tuesday. 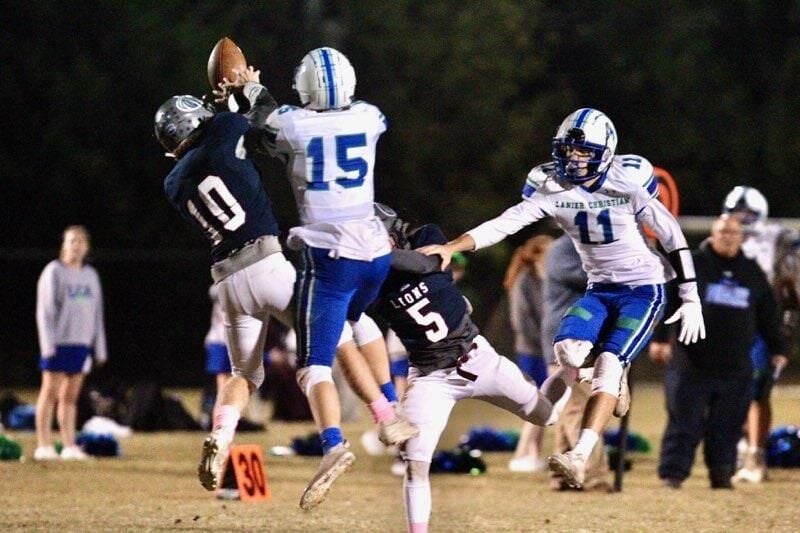 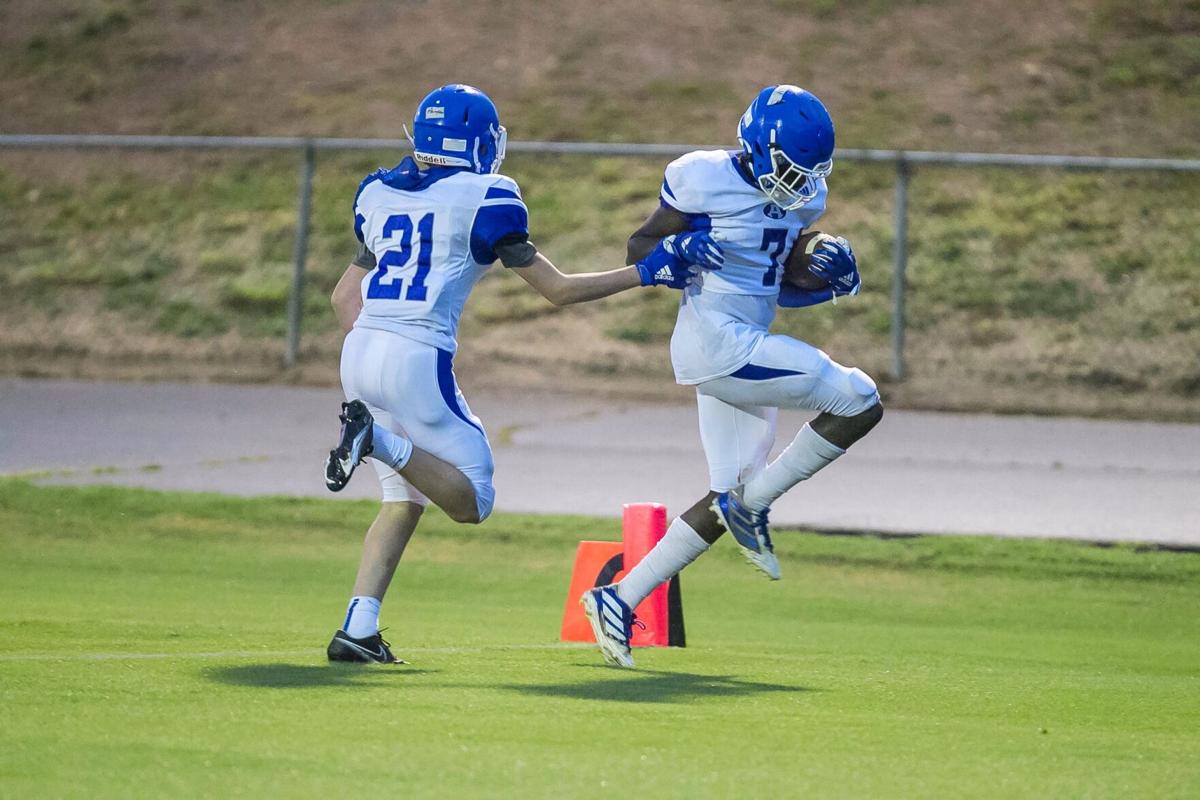 Armuchee senior Sylvester Bassey crosses the goal line for a touchdown during the Indians’ Blue/White scrimmage at Armuchee High School on Thursday, Aug. 20.

Model quarterback Sam Silver prepares to take a snap during the Blue Devils’ region game versus Chattooga on Tuesday.

Armuchee senior Sylvester Bassey crosses the goal line for a touchdown during the Indians’ Blue/White scrimmage at Armuchee High School on Thursday, Aug. 20.

Well, here we are.

We have arrived at the final week of the 2020 Georgia High School Association (GHSA) football regular season. Two GHSA teams take the field tonight, one looking to end its season on a high note and one in a position to win a region championship.

How does it all shape up? As you may be planning the turkey, the stuffing and the cranberry sauce, the fixins, the greens and the desserts, take a minute to gander at how Week 12 of varsity football goes down in the Rome-Floyd County area.

The Armuchee Indians will close their 2020 regular season against the newly-crowned Region 6-A Public Champions Bowdon Red Devils. Bowdon is 5-4 overall and undefeated in region play at 4-0.

The Red Devils are coming off a 42-22 victory over B.E.S.T. Academy last Friday. Armuchee, eliminated from playoff contention, is looking to close its 2020 season on a high note within friendly confines at H.A. Lindsey Stadium.

The Red Devils and Indians have met a total of 12 times, with Bowdon taking 10 of those 12. This is the first time the teams will meet on the gridiron since 1993. That year, Armuchee won 7-0.

The Rome Wolves are in a position to win Region 5-AAAAAA on Friday as the Paulding County Patriots make their way to Barron Stadium.

As Rome faces Paulding County, many Wolves fans will have their eyes on Carrollton at Douglas County. The Trojans-Tigers matchup has massive implications on where Rome will finish.

There are several scenarios to get to with Region 5-AAAAAA, but let’s start with the simplest ones.

Rome’s simplest (and most likely) path to the Region 5-AAAAAA title is a Wolves victory over Paulding County and a Carrollton loss at Douglas County. Rome would be the only team remaining with one region loss.

A Carrollton victory over Douglas County sees the Trojans take Region 5-AAAAAA, regardless of Rome’s result with Paulding County. In order for Rome to finish second in the region in this scenario, a victory is needed over the Patriots.

Now for some more complicated outcomes.

And now for the most confusing possibility: should Carrollton, Rome and South Paulding lose, Carrollton, Rome, Douglas County and Alexander would all be at 5-2 in 5-AAAAAA, suddenly in a four-way tie record-wise.

According to GHSA tiebreaking rules, the next tiebreaker is head-to-head results concerning the teams involved.

Taking into account the above conditions, since Rome defeated Douglas County, that win would propel the Wolves to earn the Region 5-AAAAAA championship. Douglas County would be second, followed by Alexander in third and Carrollton claims fourth.

The Wolves are a perfect 12-0 versus Paulding County all time. Under head coach John Reid, Rome has averaged 58 points per game (PPG) against the Pats, contrasting just under eight allowed PPG.

Model faces a quick turnaround after a Tuesday night, playoff-clinching smackdown of Chattooga 49-7. The Blue Devils travel northeast to Gordon Central High School to battle the Warriors on Saturday afternoon.

A Model victory assures the Blue Devils the No. 3 seed from the region and Chattooga will claim the No. 4 spot, owning the tiebreaker with Gordon Central.

A GC win sees the Warriors leapfrog Model and take the No. 3 seed while Model settles for the fourth seed and Chattooga would miss the playoffs.

Meanwhile, Gordon Central also relies on a heavy dose of rushing, led by senior back Jordan Boone. Through eight games, Boone has rushed for 1,128 yards with nine touchdowns. He has reached at least 100 yards in every game he has appeared in this season.

Averaging 141 yards per game, Boone ran for 139 yards with two scores in a win at Dade County last Friday.

Williams is a dual-threat athlete. While completing just 12 passes for 239 yards and two touchdowns this season, he threatens with his mobility, carrying on 89 occasions for 480 yards and five ground TDs.

The rushing attacks will factor heavily into Saturday’s events.

Model is 6-8 all time versus Gordon Central. Last year, the Blue Devils won 21-0.