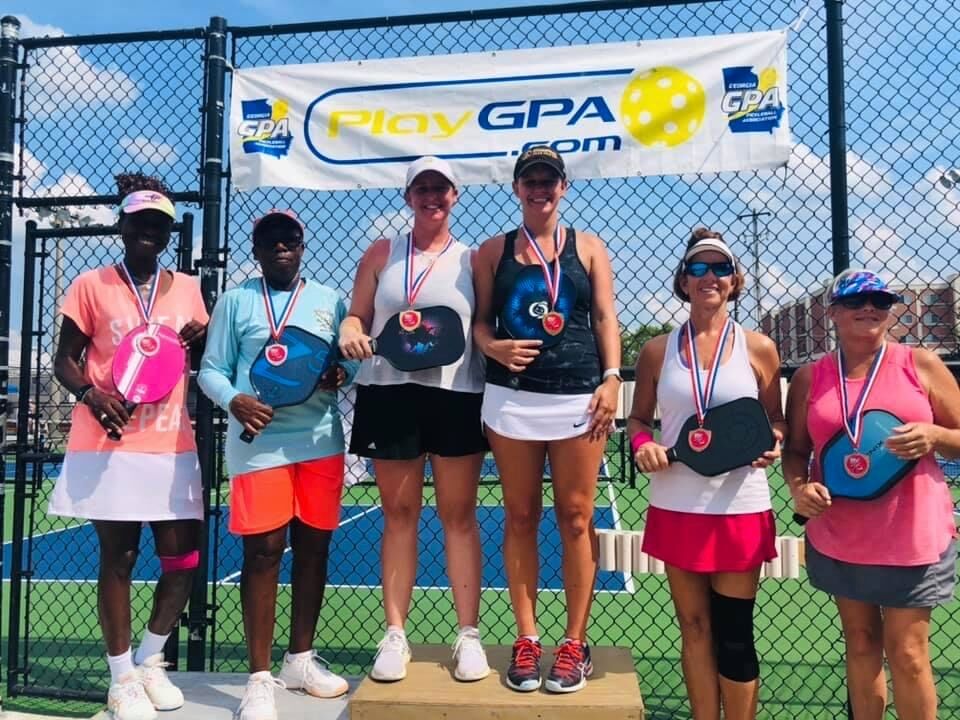 The Women’s 3.0 Doubles medalists pose for a photo at the conclusion of the pickleball tournament last weekend at the Downtown Tennis Center. 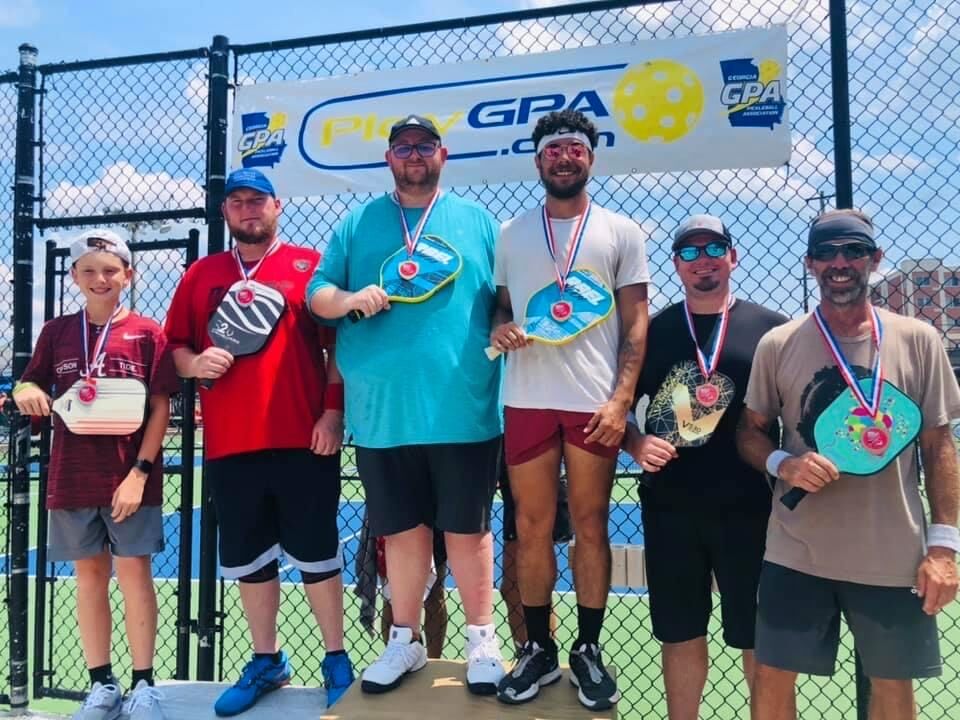 The Men’s 3.0 49-under doubles medalists pose for a photo at the conclusion of the pickleball tournament last weekend at the Downtown Tennis Center

The Women’s 3.0 Doubles medalists pose for a photo at the conclusion of the pickleball tournament last weekend at the Downtown Tennis Center.

The Men’s 3.0 49-under doubles medalists pose for a photo at the conclusion of the pickleball tournament last weekend at the Downtown Tennis Center

The Downtown Tennis Center hosted the first pickleball tournament and Rome was well-represented among the over 100 players competing from as far away as Texas.

“It went great” Eddie Stokes said in a phone interview. “(The Georgia Pickleball Association was) super happy and asking about coming back to do another one.”

Pickleball is a sport that has many similarities to badminton, ping-pong and tennis. It is played with a plastic ball and paddle.

The co-ed sport traces its roots back to 1965 and can be played both singles and doubles. Teams in tournaments normally play to either 15 or 21, and a team must win by two points.

Tournament play began last Friday and concluded on Sunday. The following are results from tournament action.

In Mixed 3.0 50-over, it was a clean Rome sweep as Leanne Kight and Adrian Jeffery were victorious for gold, Susan and Dwight Stout earned silver and Kim Clark and Scott Wessell locked up bronze.

In Mixed 3.5 50-over, Eddie and Tesha Stokes, of Rome, were bestowed gold. Darlene and Mike Pitts won the silver while Roselyn Murcia and Stanley Minniefield won bronze.

The next pickleball tournament at the Downtown Tennis Center will take place on Sept. 25, beginning at 8 a.m. Participants can register online at pickleballrackets.com/?rome.

CEDARTOWN -- Candidate qualifying was opened Wednesday for the second time in the last month in Polk County -- this time for a special election for a seat on the Cedartown City Commission.

Fleck to USC? As rumor mill churns, nothing is imminent.

Ken Jennings and Mayim Bialik to split ‘Jeopardy!’ hosting duties for rest of 2021

Hudson Valley to get at least $5.4 million from Johnson & Johnson opioid settlement

Swastikas reported in Lassiter bathrooms, less than a week after Pope incident