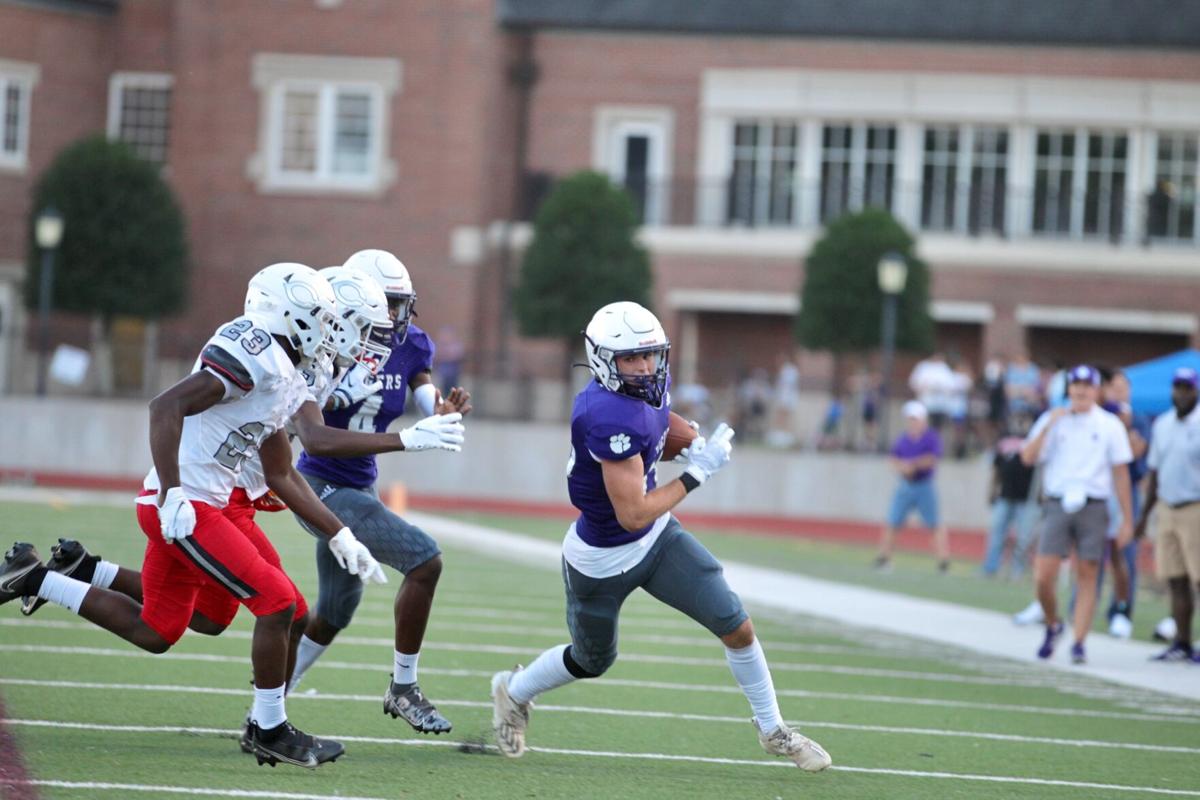 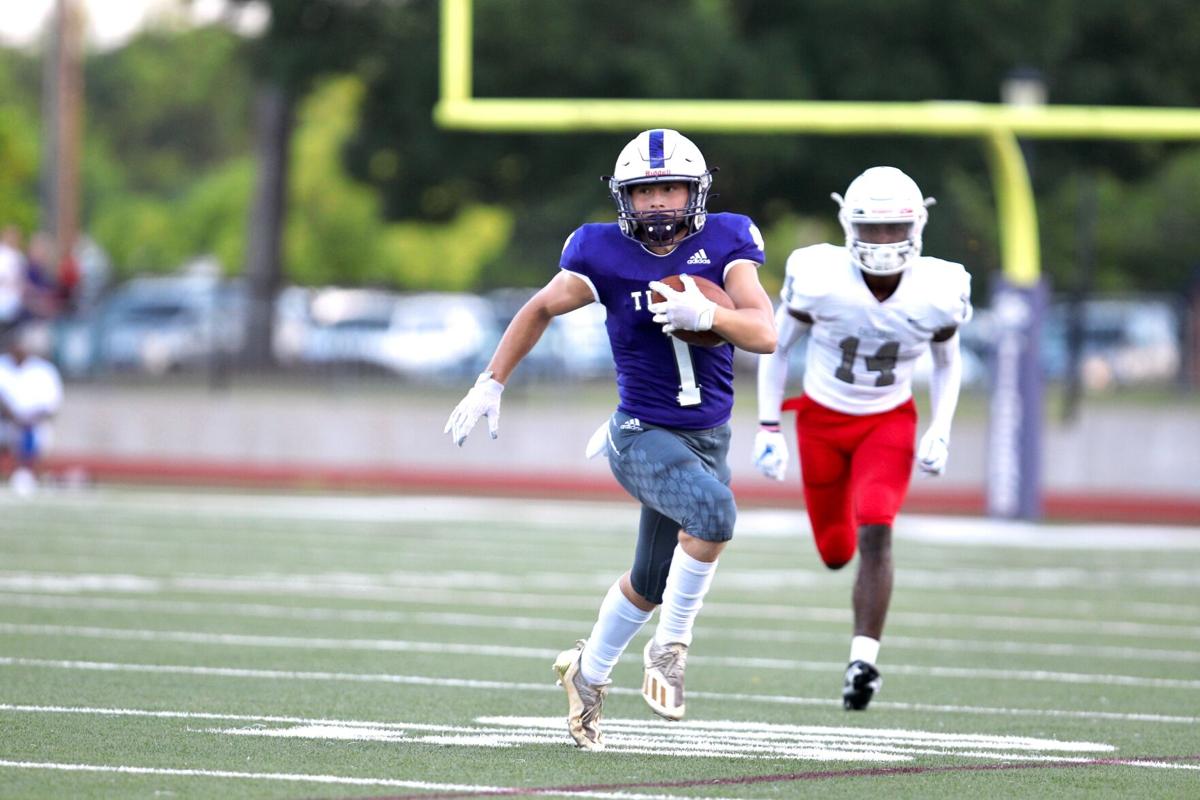 Darlington sophomore Talan Shirey runs with the football during the Tigers’ preseason scrimmage against the Callaway Cavaliers Friday at Chris Hunter Stadium. 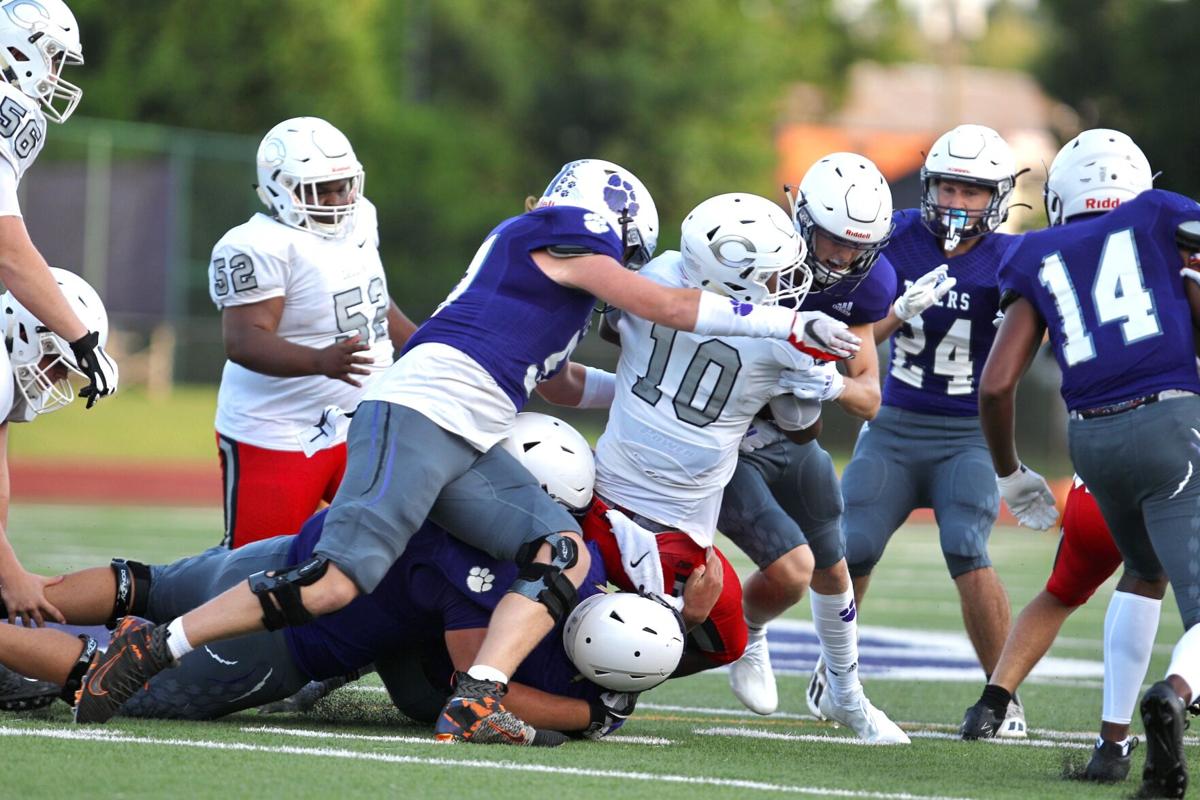 Darlington junior Gatlin Hancock (51) and a host of Tigers makes a stop on defense during a preseason scrimmage against the Callaway Cavaliers Friday at Chris Hunter Stadium.

Darlington sophomore Talan Shirey runs with the football during the Tigers’ preseason scrimmage against the Callaway Cavaliers Friday at Chris Hunter Stadium.

Darlington junior Gatlin Hancock (51) and a host of Tigers makes a stop on defense during a preseason scrimmage against the Callaway Cavaliers Friday at Chris Hunter Stadium.

The Darlington Tigers got their first taste of action in 2021 as they battled the defending Class AA state champion Callaway Cavaliers in a preseason scrimmage.

Though Callaway found the end zone on four occasions, Tigers head coach Tommy Atha said he was overall pleased with his team’s effort against a formidable foe.

“One of the things we talked about coming into this was compete,” Atha said. “Whatever you do, compete. Good, bad, right or wrong, and I felt like we did that. Anytime you got the opportunity to play the defending state champions, it’s a big challenge and also an honor, and I felt like our guys embraced that. I was really pleased with the effort the guys gave against them.”

The Cavaliers opened the scrimmage with the ball and marched right down the field, finding the end zone on a 2-yard touchdown run.

Darlington found its first points of the game on a field goal courtesy of sophomore Evan Sumner.

Senior quarterback Jack Payne got the start for the Tigers and flashed his abilities early on, hitting D’Marion Floyd for a 25-yard strike on his first pass attempt.

Darlington’s lone trip beyond the pylons was a 4-yard pass from Payne to sophomore Timmy Smith in the second quarter, which cut Callaway’s advantage to 14-10. Payne finished his night early in the second half, throwing 10-for-18 for 104 yards and a touchdown pass.

“I was proud of Jack,” Atha said. “I think Jack stepped in and really competed. I think he threw some really good balls. Overall, I was pleased with his effort.”

Atha said defensively, the Tigers held their own for the majority of Friday evening, but noted offensive line mistakes must get cleaned up before the regular season starts. Darlington quarterbacks Payne, junior Jack Goode and sophomore Hendrix Jones were sacked seven times combined.

“I think there were times we did a really good job of getting some push up front,” Atha said. “I think we struggled with their quickness up front. I think it’s just a matter of making some adjustments with our steps and placement.”

Atha said the biggest positive takeaway from the scrimmage was ball distribution on offense.

“We’ve got a number of guys that can catch the football and run with it,” Atha said. “We also had some guys to answer some questions at the running back position too. We feel like we’ve got more depth (at running back) than we’ve had in a long time.”

The Tigers open their 2021 regular season on Friday, Aug. 27, when they host Lakeview Academy. Kickoff is set for 7:30 p.m. at Chris Hunter Stadium.