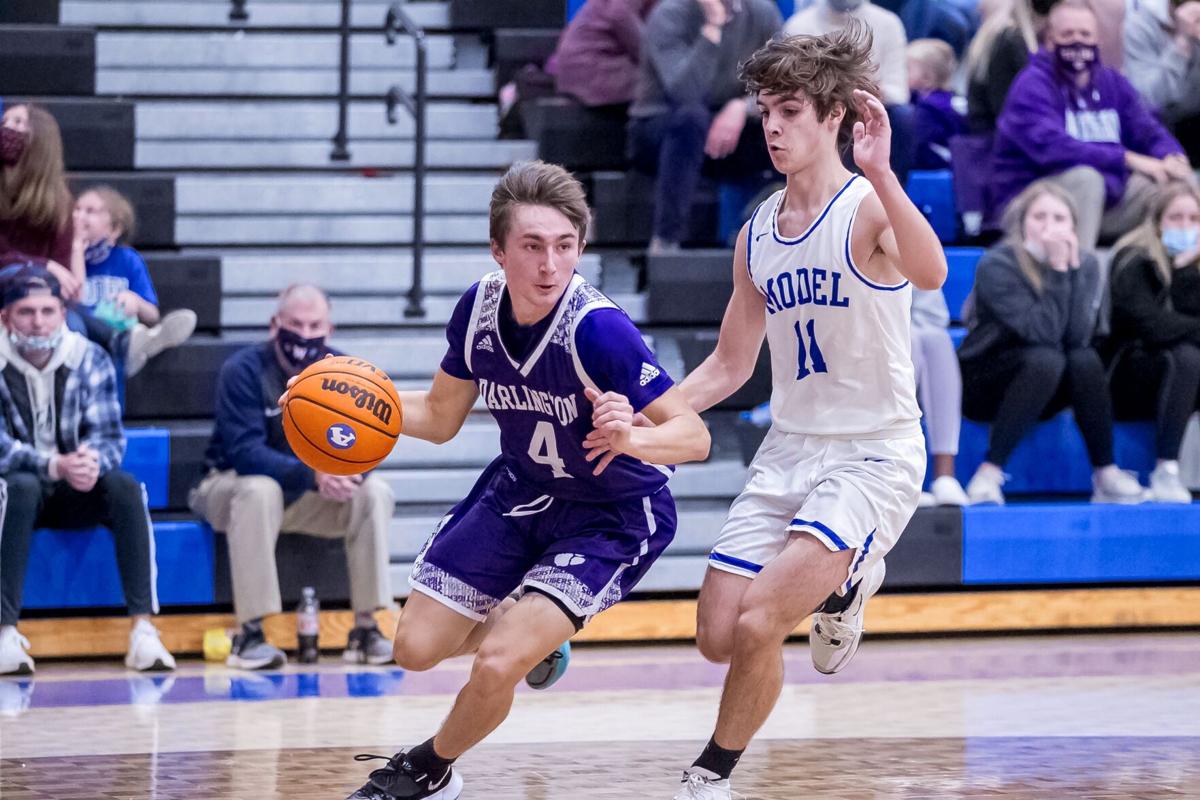 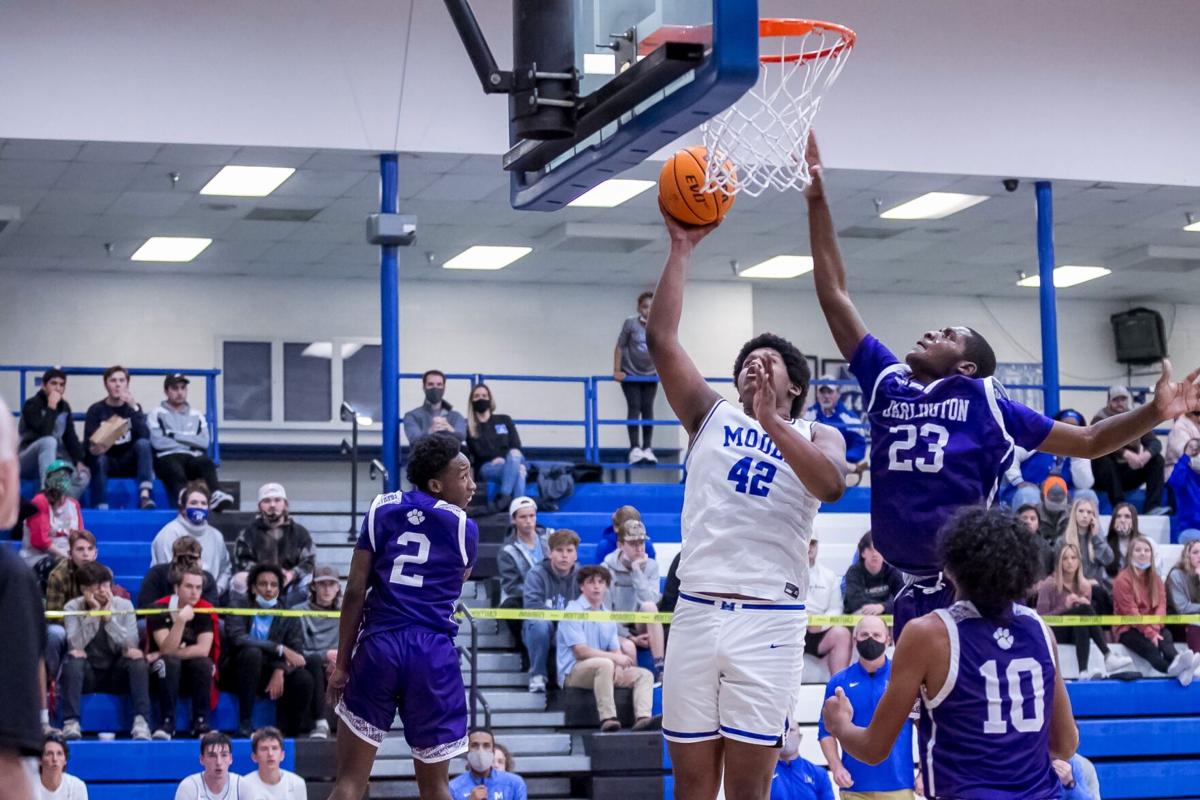 Model's Jeremias Heard goes to the basket against the Darlington Tigers during a Christmas Tournament quarterfinals on Wednesday, Dec. 16.

Model's Jeremias Heard goes to the basket against the Darlington Tigers during a Christmas Tournament quarterfinals on Wednesday, Dec. 16.

In a thrilling end to the first night of action at the 67th Annual Christmas Tournament, the Darlington boys walked away with a 44-42 win over Model in the quarterfinals on Wednesday.

Darlington (3-0) advances to play Pepperell in the semifinals on Thursday night at 8:30 p.m.

“We knew what we were going to get when we played Model,” Darlington coach Nathan West said. “They’re a well-coached team, a blue-collar team, kind of like how we envision ourselves to be. So we knew we were going to just have to keep working hard, and that it was going to be a dogfight.”

Model (3-2) had the ball with a chance to tie or take the lead with 11.6 seconds left in the game, but turned it over on a 5-second call when they couldn’t get it inbounds.

“We tried one thing, should have called time-out and tried something simpler,” Model coach Jacob Travis said. “Didn’t get the timeout, and that’s completely on me. That last play sequence is going to haunt me.”

Darlington led by as many as twelve early in the fourth quarter before the Blue Devils came alive, ripping off a 12-0 run and pulling even at 38-38 when Dane Fisher drilled a three-point basket.

After D’Marion Floyd scored underneath to push the Tigers back in front with just over three minutes left, Model’s Carson Cole nailed one of his three 3’s to give Model a 41-40 advantage, their first lead since the second quarter.

Some missed Blue Devil free throws and a tight Darlington half-court defense powered the Tigers the rest of the way.

Model finished with a tough 7-of-18 mark at the charity stripe, while Darlington went 8-of-10 at the line.

“It was a total team effort,” West said. “I was proud of our guys. We’re very young and inexperienced and they kind of grew up a little bit tonight. They had to, they didn’t have any other choice.”

One of those young and inexperienced players, freshman D’Marion Floyd, provided what would end up being the game-winning basket, a tough runner in the lane that gave the guard 11 points on the night.

Cole and Fisher each had 11 points to lead the Blue Devils, and Jeremias Heard chipped in 8 points.

Model will face Armuchee in the consolation game on Thursday at 8:30 p.m. in Armuchee's main gym.

ATLANTA -- U.S. Rep. Marjorie Taylor Greene, R-Rome, who was sworn into office this month, was prohibited from posting new public messages on her personal Twitter account for 12 hours on Sunday. The company said the restrictions were put in place after Greene posted tweets that violated the rules.

Martin Luther King Jr. in his own words: 17 quotes that ring true today

'They have risen above the norm': Cobb SCLC honors members of community