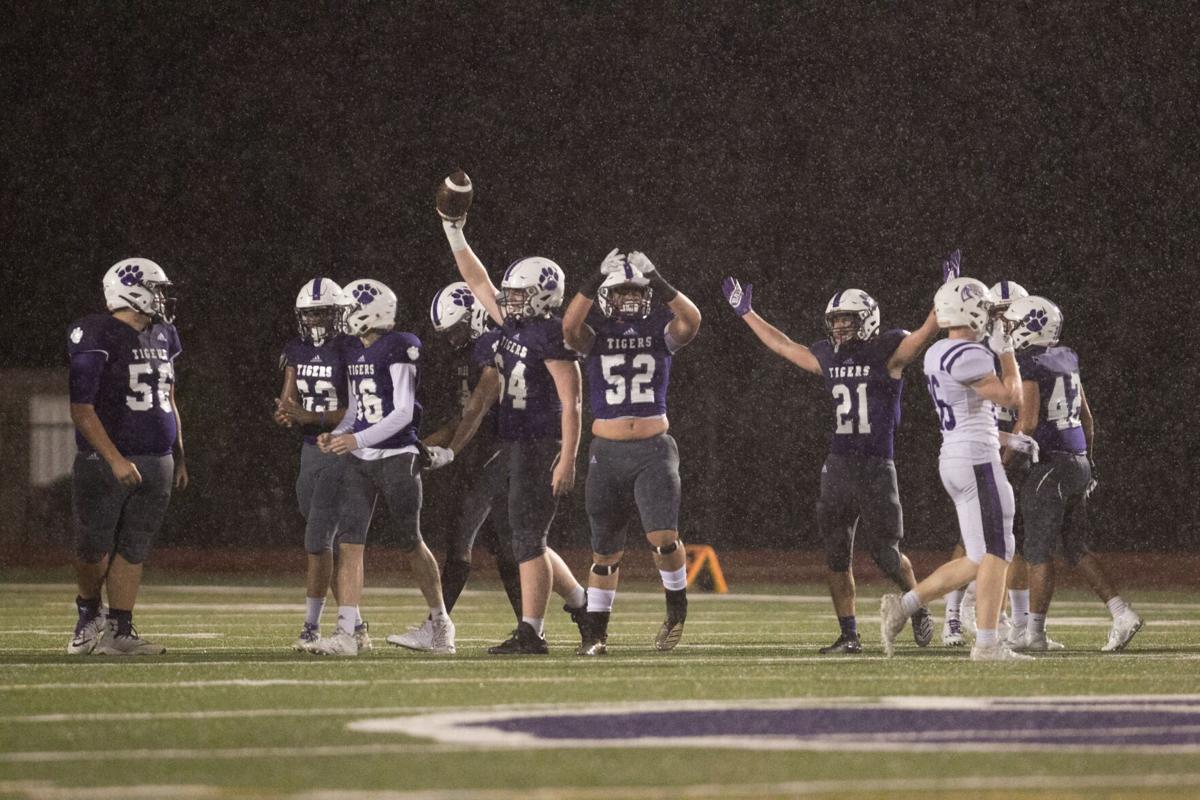 The Darlington defense celebrates a fumble recovery during a game against King’s Ridge at Chris Hunter Stadium on Friday, Oct. 9. Darlington picked up three fumbles in the fourth quarter. 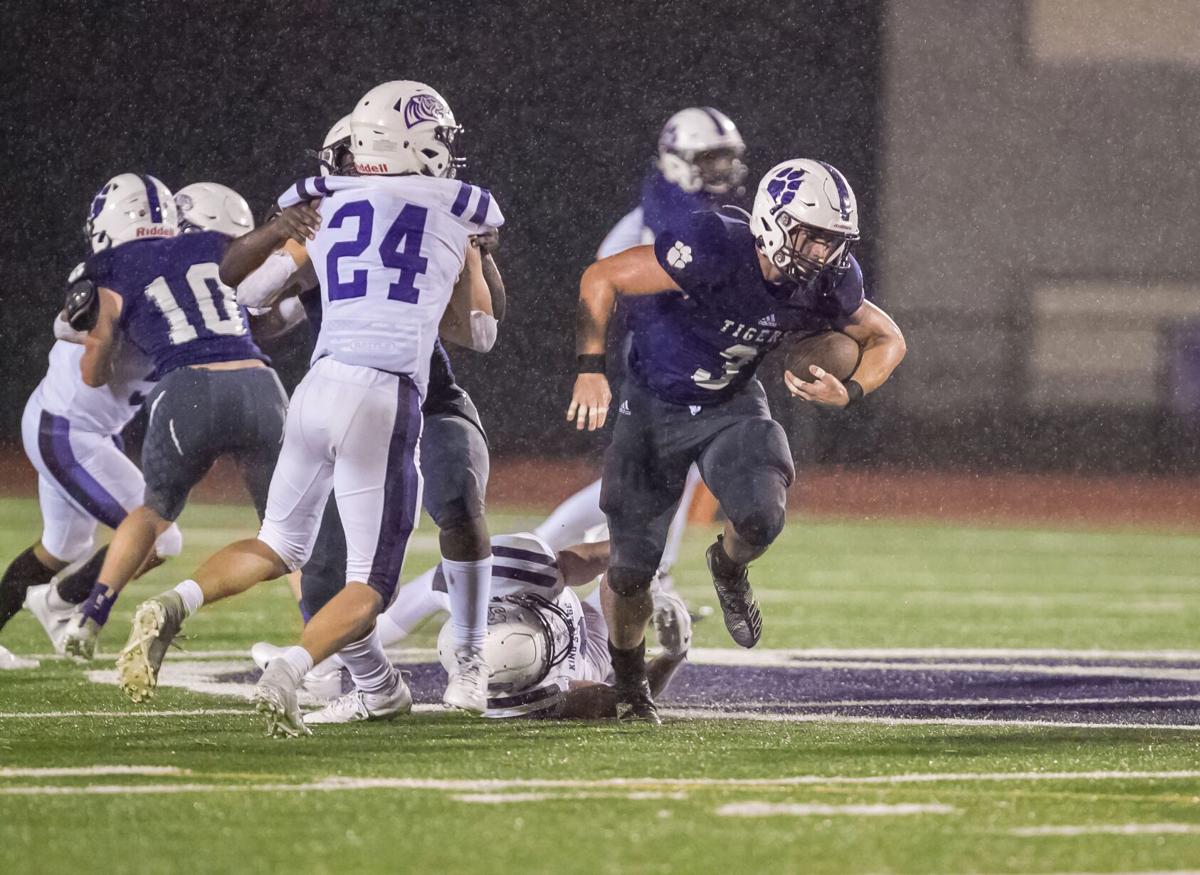 The Darlington defense celebrates a fumble recovery during a game against King’s Ridge at Chris Hunter Stadium on Friday, Oct. 9. Darlington picked up three fumbles in the fourth quarter.

The Darlington Tigers (4-1) did not let the downpour affect their play as they shut out the visiting King’s Ridge Tigers 27-0 Friday at Chris Hunter Stadium. It’s Darlington’s first shutout in nearly a year.

“I was not expecting this,” Tigers head coach Tommy Atha said on the weather conditions. “I was pleased with our ball security; I was pleased with the fact we didn’t have a turnover. Our defense is playing lights out right now. We gave up some yards, but we made plays when we had to for some turnovers.”

The Tigers marched right down the field and scored the game’s first points on a 17-yard run by quarterback Patrick Shelley. Shelley rushed through the King’s Ridge defense, complete with two spin moves, to streak into the end zone for a 7-0 edge after the PAT.

A war of attrition began, as rain effectively took away the passing game. King’s Ridge would only attempt one throw throughout the evening.

“We knew we were playing great defense, so we felt we needed to move the ball on the ground,” Atha said. “I thought our kids did the things they needed to do to win the football game.”

Starting the second half up 10-0, Darlington drove the ball 65 yards down the field capped off by a Harrison Allen 4-yard touchdown run. The time-chewing drive saw Darlington convert three separate fourth downs and took 8:22 off the game clock.

“We’re super proud of that drive,” Atha said. “We challenged them. We just challenged them to come off the ball and get some movement and we know Harrison’s going to run hard. We converted a couple of pass plays and kept the chains moving. We have confidence in our guys being able to do that.”

Allen, fresh off his Twitter announcement committing to continue his academic and football journey at Cornell University, would add another ground score to effectively seal the deal.

About halfway through the fourth quarter, Allen took a handoff from Shelley, bounced to the outside and scampered down the sideline for a 49-yard rushing TD. It would be Darlington’s final points of the night.

“He’s such a blessing for us not just as a football player, but he was voted team captain tonight by his teammates,” Atha said. “It’s a feather in our cap for a kid to go play in the Ivy League. It certainly says a lot about him as a student and an athlete.”

Defensively, Darlington stepped up to the challenge and then some, forcing three turnovers in the fourth quarter. Senior linebacker Joseph Marion recorded a sack.

“I think our kids are very physical,” Atha said. “I think they understand what we were trying to do. Coach (Kevin) Hunt had a great plan for preparing for the Wing-T. Kids have to do able to adjust and we feel like our kids did that.”

Darlington remains in Rome and prepares to battle the Bremen Blue Devils next Friday, Oct. 16, at Chris Hunter Stadium. Kickoff is scheduled for 7:30 p.m.

Election night's most-crucial number is votes yet to be counted

For Latinos, combating disinformation about the election often starts at home

Foreign allies quietly ask the Biden team: Who do we call if you win?