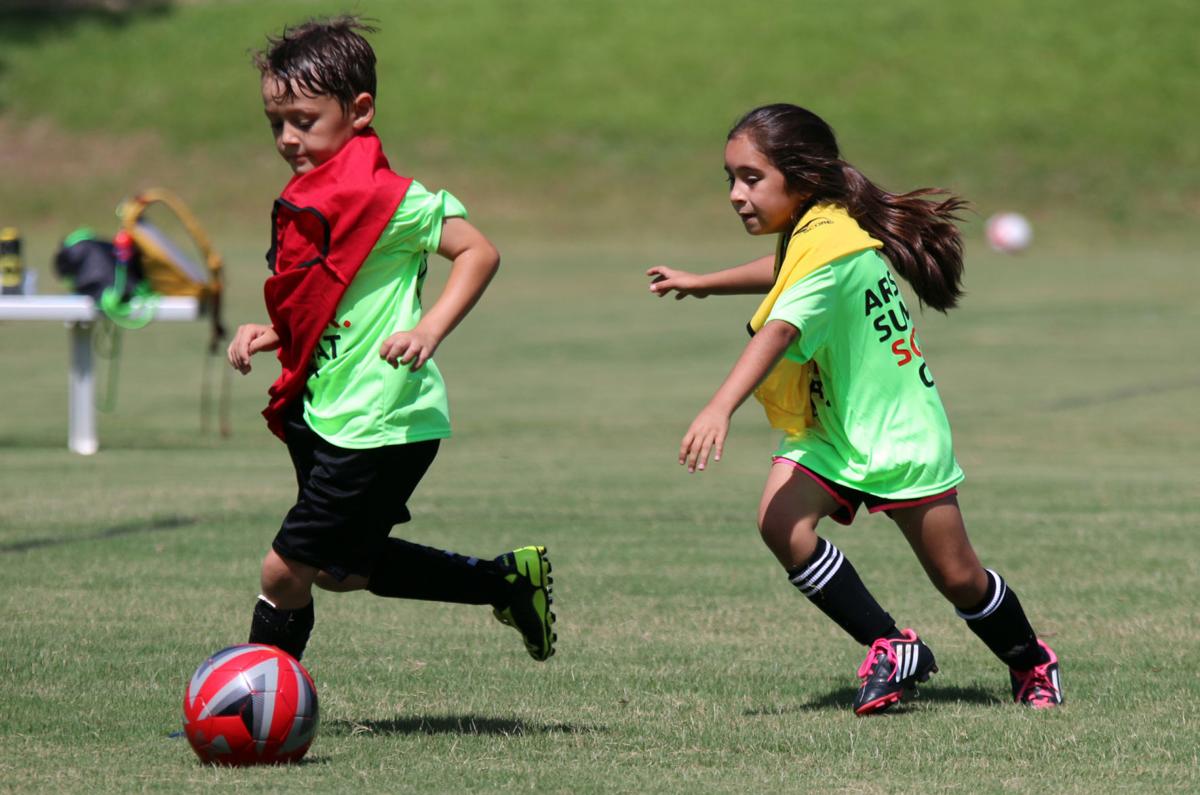 Luca Angio-Stina (left) and Isabella Sanchez chase after the ball during last year’s Arsenal Soccer Summer Camp at Grizzard Park. Youth soccer is a part of the growing popularity of the sport in Rome and across Georgia. / Jeremy Stewart, File 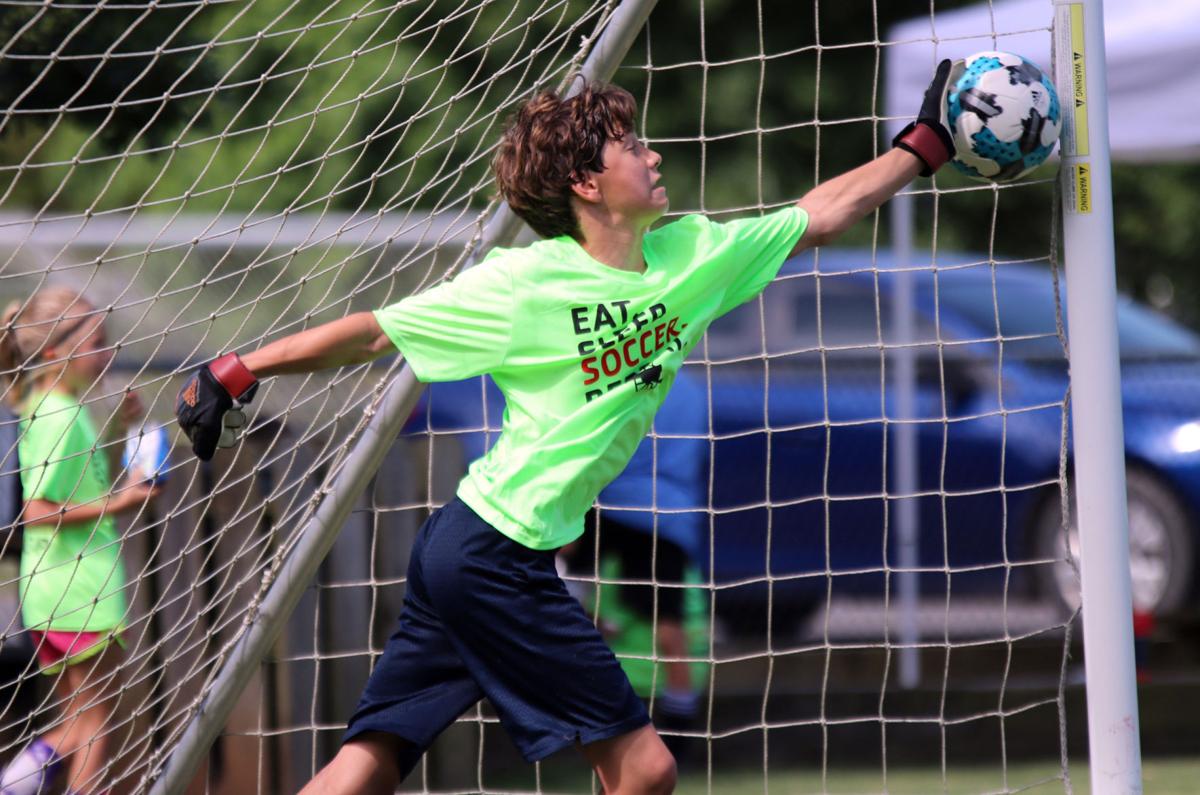 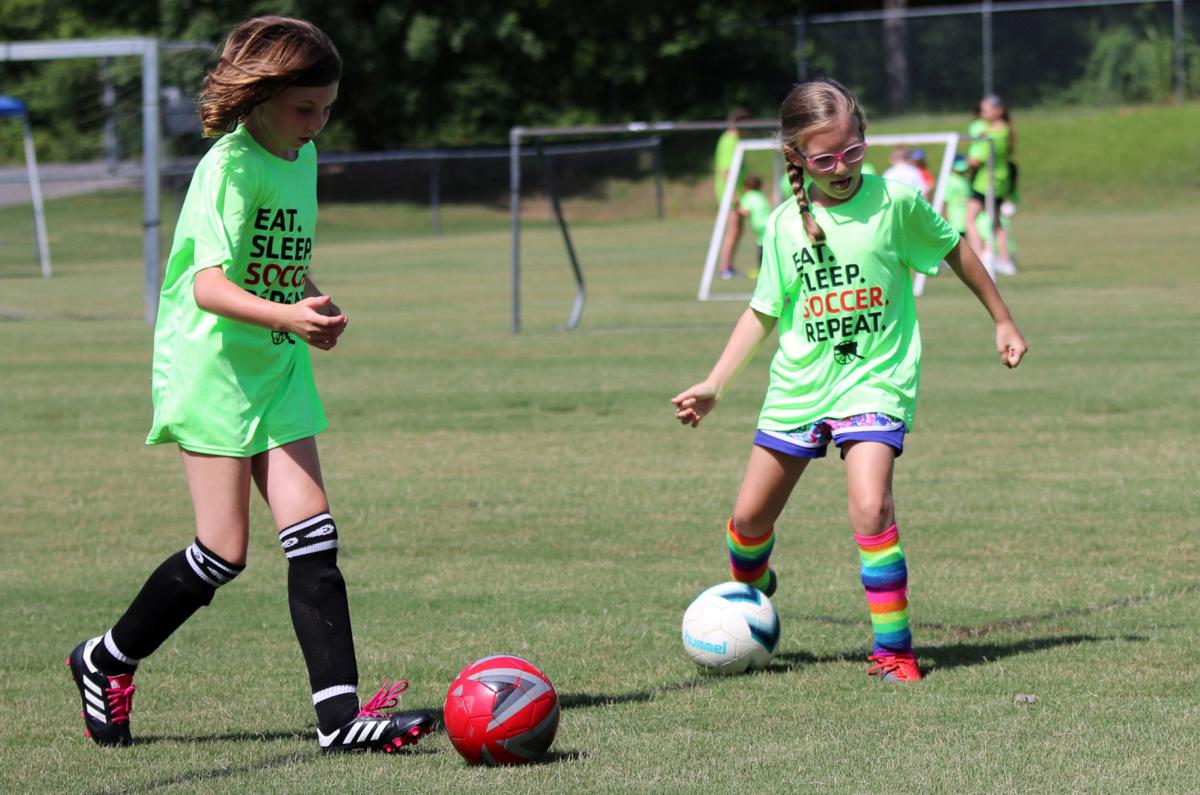 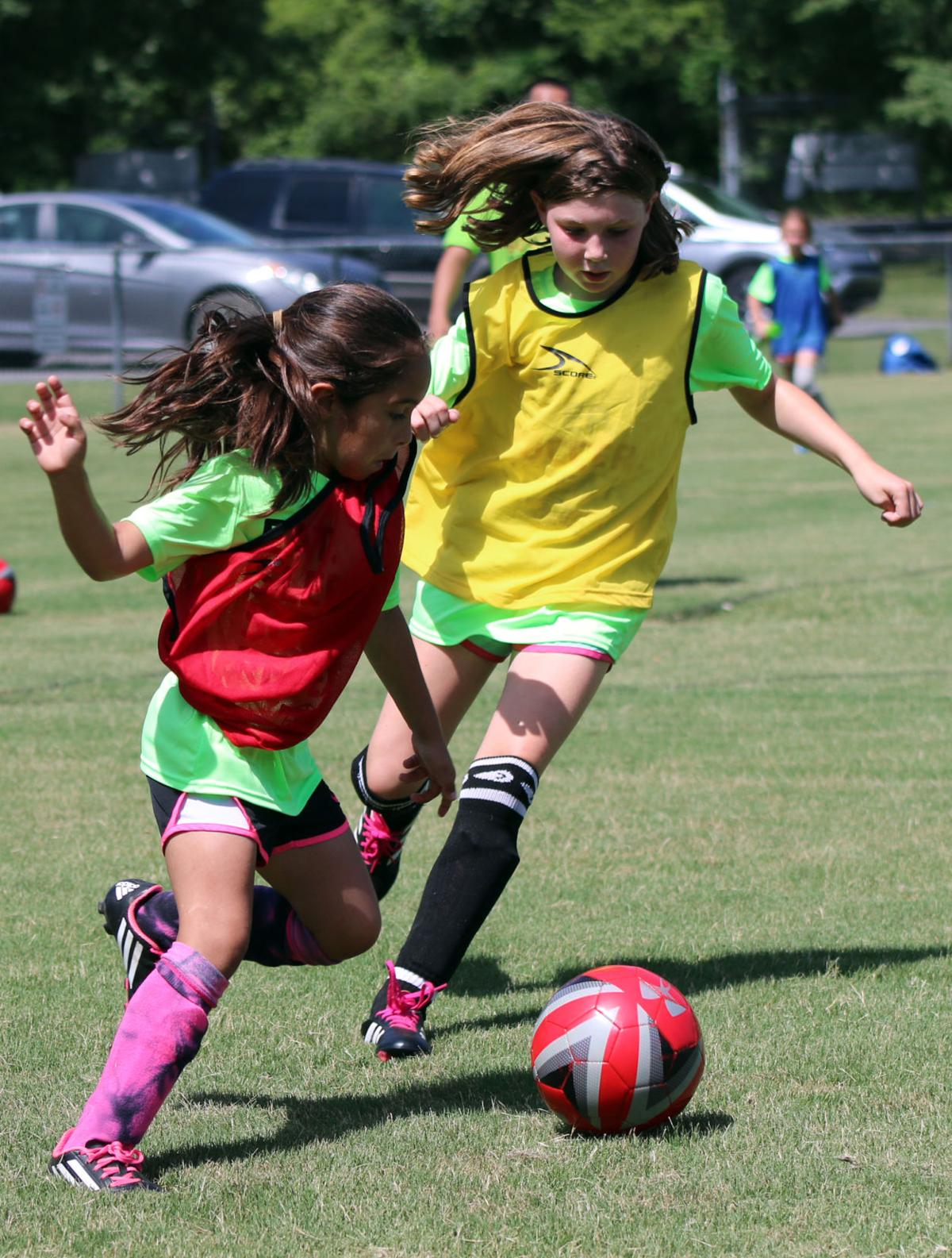 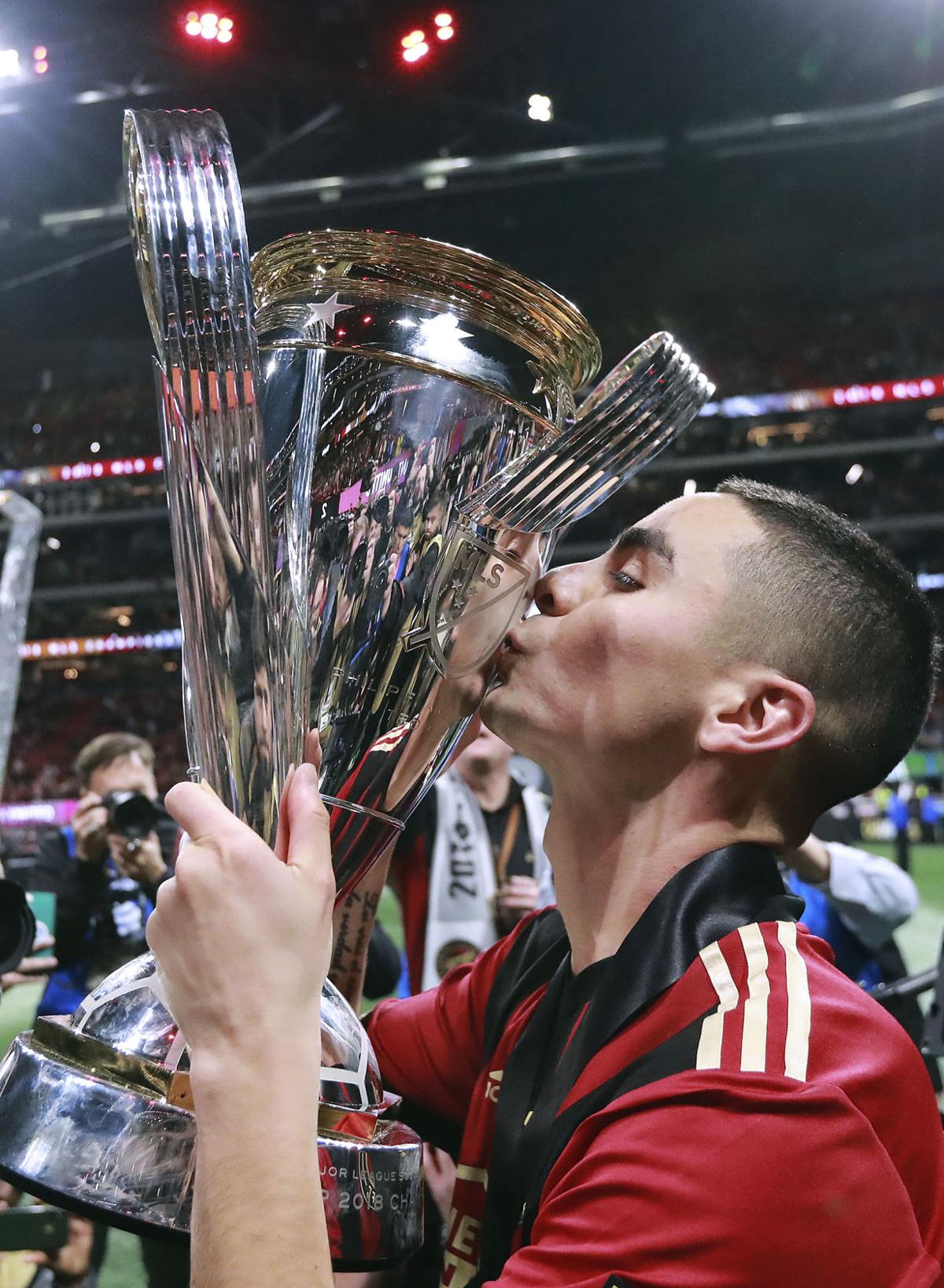 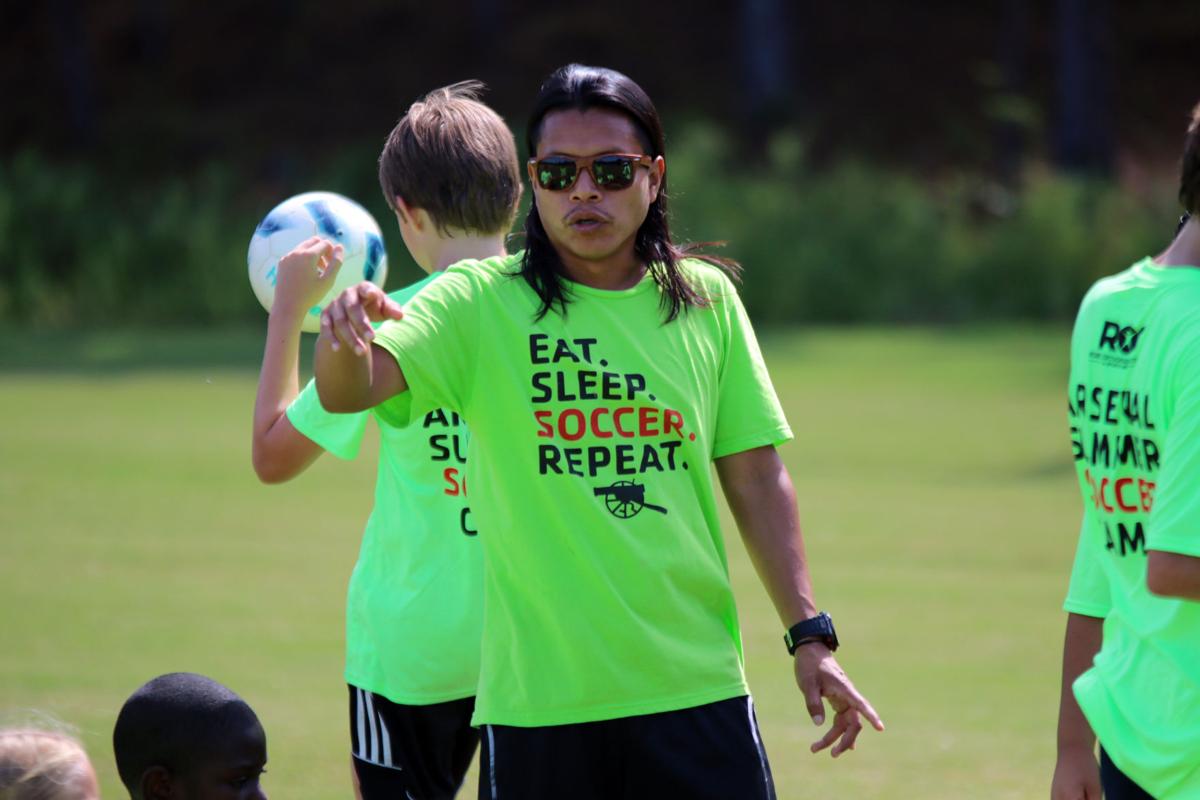 Peru native Michael Huskins gives instructions to a group of kids at last year’s Arsenal Soccer Summer Camp at Grizzard Park. Huskins is one of the many coaches in the YMCA Rome Arsenal program. / Jeremy Stewart

Luca Angio-Stina (left) and Isabella Sanchez chase after the ball during last year’s Arsenal Soccer Summer Camp at Grizzard Park. Youth soccer is a part of the growing popularity of the sport in Rome and across Georgia. / Jeremy Stewart, File

Peru native Michael Huskins gives instructions to a group of kids at last year’s Arsenal Soccer Summer Camp at Grizzard Park. Huskins is one of the many coaches in the YMCA Rome Arsenal program. / Jeremy Stewart

Soccer is available to the youngest sports enthusiast in several communities of Northwest Georgia and gains steam as they grow older, whether it’s at the recreation, club, school or college level.

It’s something that has seen a growth in Rome over the last two decades, and thanks to dedicated volunteers, coaches and league directors, the popularity of the sport has a strong foundation locally that can fuel the passion for the still expanding sport.

Of all of the boosts soccer has gotten in the last decade, the most significant for the state of Georgia came last year when, in just its second season, Atlanta United shocked the soccer world and brought the city its first professional sports championship in 24 years by winning the 2018 MLS Cup.

When billionaire and Atlanta Falcons owner Arthur Blank first announced he was bringing a Major League Soccer franchise to the heart of the South there was some worry about how the team would do in a region largely associated with that other football.

But if the Atlanta United’s success while making stars of players like Josef Martinez and Miguel Almiron wasn’t enough, the team owns the top seven all-time MLS attendance records, with a top crowd of 73,019 at Mercedes-Benz Stadium on Dec. 8 at the MLS Cup final.

Rome is even host to a chapter of one of Atlanta United’s official supporter groups, Terminus Legion. Roman Legion members attend home matches at Mercedes-Benz Stadium and then make a point to get together at Italian restaurant Bella Roma to watch away matches.

The earliest exposure children have to soccer is through the summer camps sponsored by the YMCA Rome Arsenal Soccer Club.

Out of all of the technique and strategy that the organization’s director of camps and recreational soccer Chase Watterson and his coaches can impart to the kids who attend the camps, the foundation of it is simple.

“There’s not really any big secret,” Watterson said. “It’s kind of cool in that we try to capture the spirit of every group we work with and keep the pressure off of them. But really we just give kids a lot of opportunities to touch the ball more and experience that.”

Watterson has gotten to know and coach many kids in Rome and Floyd County. He’s seen the development and growth of the sport expand to the middle school and high school level.

Watterson usually oversees two five-day sessions for kids age 4-13 each summer and is part of his attempt to make the sport more inclusive. He said instead of just focusing on the more experienced players or holding camps on specific skills, the current half-day format of the camp is for everyone.

“A majority of the kids might get locked in with playing with kids from the same school or on the same team, so it’s a good experience to play with some kids they might not know,” Watterson said. “And they play a lot of soccer during the week so they get to know them and create a bond with them.”

The social aspect aside, the camp does provide the equivalent of a season’s worth of weekly practices condensed into a week, something that Watterson compares to cramming for a test.

“We talk to them about not just challenging each other but challenging themselves,” he said, adding that they discuss setting personal benchmarks. “But the thing about this camp is it can just be fun.”

Part of the fun of last year’s camp was having it at the same time of the World Cup. and with an international camp staff, the popular tournament wasn’t too far from conversation.

The amount of knowledge the kids displayed about the tournament, however, impressed Watterson.

“The kids know more than we give them credit,” he said, adding a 20-minute talk with one camper covered specific countries’ style and speed of play.

“It’s a very interesting perspective. And the more I talk to these kids I’m amazed at how familiar they are with the technical aspects of the game, and from just coaching a lot of them, how quickly they pick up on it.”

After the U.S men’s national team failed to qualify for the most recent World Cup, Watterson said he’s hopeful that the younger generation will help lift soccer through to the 2026 World Cup, which will be held in North America — including right down the road at Atlanta’s Mercedes-Benz Stadium.

“I know we’re a much-beleaguered soccer nation, but the generation coming up now … with the knowledge, understanding, and intrigue of game they possess, I can’t see us not being more prosperous (in soccer) going into the future,” Watterson said.

Adding to all of the local soccer fever is the success several high school teams have had on the pitch in recent years, including two who have made waves at the state level.

Coosa’s boys played for a state championship in 2017, going all the way to the Class AA finals against Benedictine and coming up short in the final score, 4-1, to end the Eagles’ 20-3 season.

Last season, Model’s boys and girls made deep runs in the playoffs, with the Blue Devils reaching the Class AA state semifinals before losing a close game to Putnam County, 3-2.

It brought a close to the most successful season in the program’s history with a final record of 17-3.