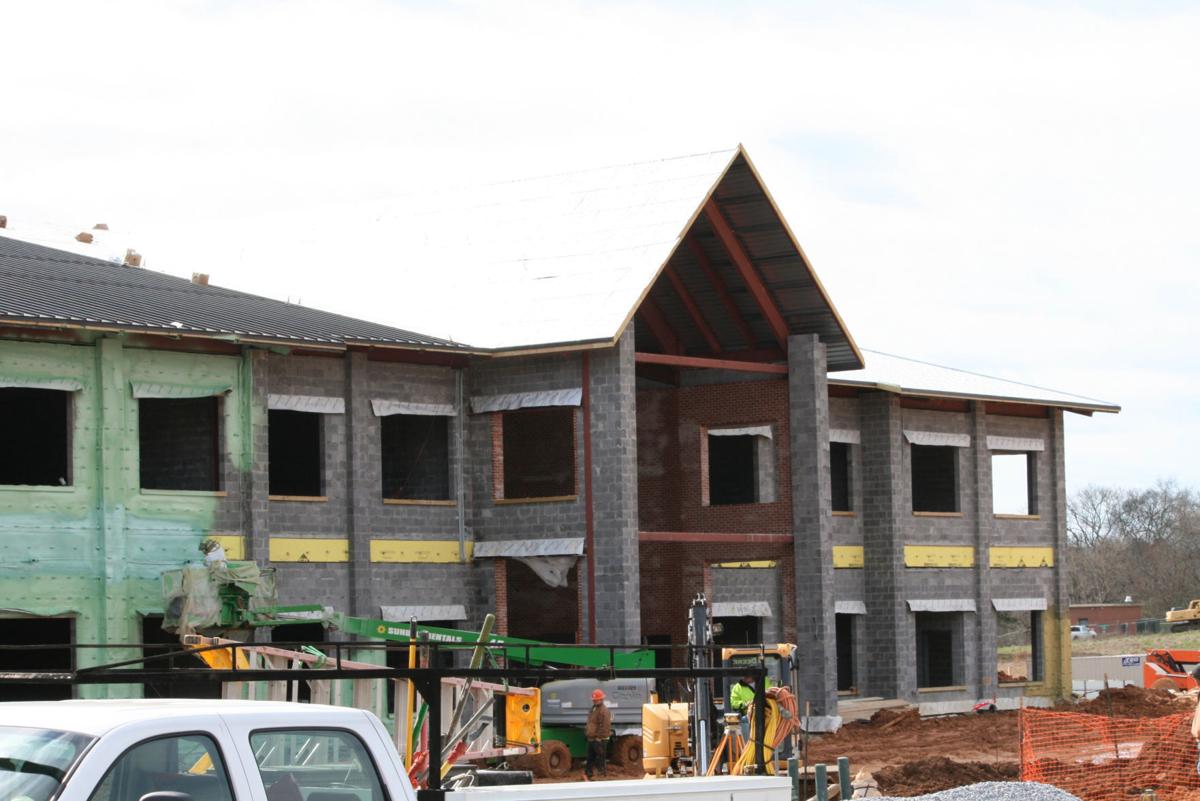 Red brick is being laid on the new Main Elementary School building on Martin Luther King Jr. Boulevard. The school is scheduled to be completed by August according to city school Superintendent Lou Byars. / John Popham, File 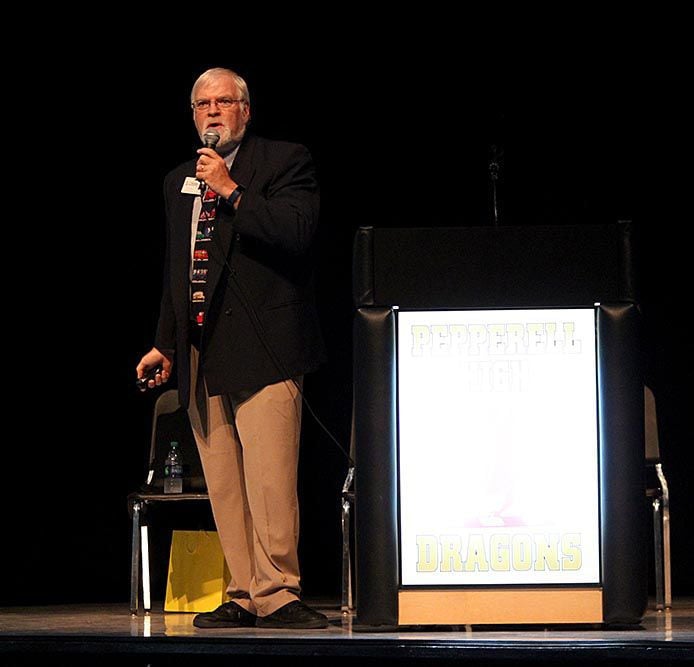 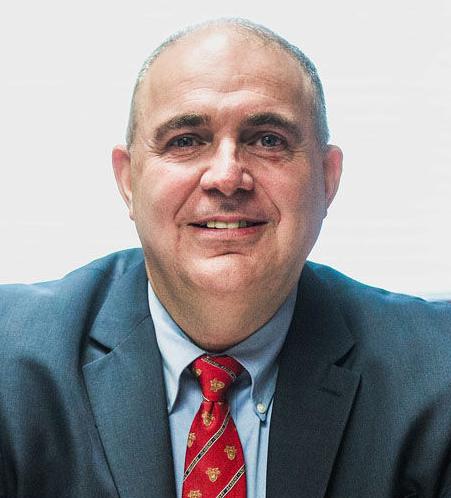 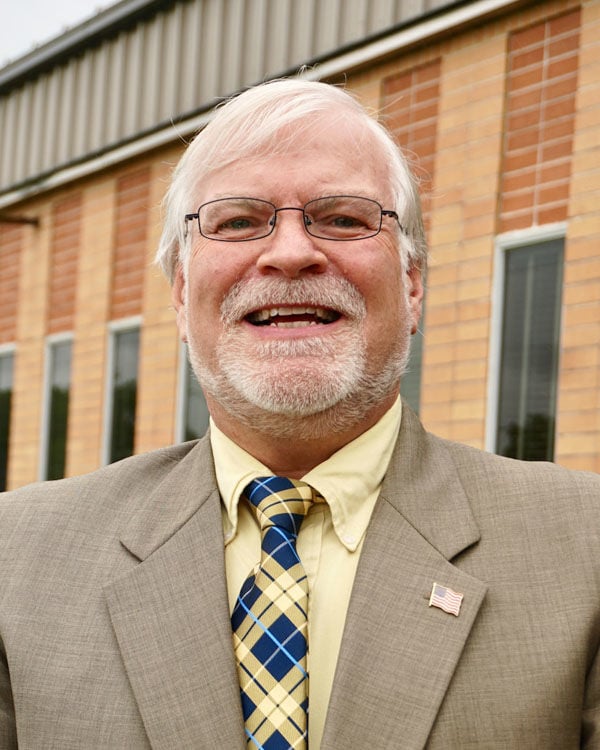 Red brick is being laid on the new Main Elementary School building on Martin Luther King Jr. Boulevard. The school is scheduled to be completed by August according to city school Superintendent Lou Byars. / John Popham, File

All school ELOST projects are funded through an extension of the 1-cent education local option sales tax.

The two big ELOST projects still underway are the construction of the new Pepperell Middle School and the Armuchee gymnasium construction.

Workers broke ground for the school’s new gym in October and but struggled to lay the building’s foundation due to excessive rain, according to David Van Hook, director of facilities.

“You can only imagine what we are dealing with there,” Van Hook said at January’s board meeting.

Project updates can be found online at cdccarmucheehs.com.

So far the only major updates to the site have been grading, installing storm pipes and the beginning stages of laying the foundation.

The site for the new Pepperell Middle School has been approved by the state without comment, according to Van Hook. Southern A&E has created a floor plan for the new building which encompasses all the classrooms and program needs. The project is on schedule for a July 2019 demolition and framework for the new school is scheduled to go up no earlier than September.

Staff at McHenry will mostly follow students to Pepperell Primary, Wilson said. He added FCS will have a conversation with the teachers and staff before holiday break to see where they would like to end up. If space is available they would have first priority at the position.

“Nobody is losing their jobs,” April Childers, Floyd County Schools deputy superintendent said. “We anticipate there will be a couple of openings.”

Talks of closing McHenry have been circling for awhile now. The school is the smallest in the county and only services pre-K through second grade. The school system said attendance has dropped along with Full Time Equivalency funds, which hurts the system as a whole. Wilson said closing the school will save $935,000, which the system will see in next school year’s budget. Everything in the school will be left intact for Pepperell Middle students to use when they borrow the space during the construction of their new middle school.

Demolition for Pepperell Middle School is set for June 2019 after teachers finish post planning and everything is moved out. The school will be torn down and foundation will be laid while FCS gets approval to move on with the rest of the project, which should come in around September. There is no definite timeline yet, but Childers hopes things will move along quickly — weather permitting.

A multitude of Floyd County Schools’ ELOST 4 projects that were underway last spring and summer received funding from the 1-cent education local option sales tax. These pay-as-you-go projects did not require the selling of bonds to kick start like the new Coosa High School construction project did.

The largest HVAC project was at Pepperell High, where a new system was installed for approximately $3.7 million, also funded by ELOST. The system was eligible to receive just over $1.5 million in state capital outlay funding, which reimburses the system after it pays the project cost up front.

Overall, the HVAC work across the Floyd County school system ran about $4.38 million.

Other work and upgrades on the gyms at Pepperell Primary and Garden Lakes Elementary were also completed. New gym flooring at Johnson Elementary, system-wide virtual data upgrades, and purchases of a truck, van and one piece of equipment were also on the spring ELOST 4 projects list.

Additionally, closed-circuit television camera upgrades at Pepperell and Model high schools and the College and Career Academy were completed, along with an allotment for furniture and technology upgrades at media centers and Chromebook purchases for schools.

Another large project for Floyd County Schools was the installation of a new press box at the Model High football stadium, running $245,257, which came out of $2 million that the board of education previously allotted for athletic improvements across the system.

Other summer projects finished at Floyd County schools include new media center flooring at Coosa Middle as well as Alto Park, Armuchee and Pepperell elementary schools. The project cost was $67,365, and was funded by ELOST.

Also, eight schools had security atriums, the addition of another set of doors to separate the main entrance from access to the rest of a school, installed for $169,907, another ELOST project.

Additional summer projects were the conversion to LED lights in some rooms at four schools; the remodeling of a home economics classroom at Coosa Middle into a special education restroom; freezer replacements at three schools; replacement kitchen equipment; and the restriping of parking lots. These projects cost around $177,579.

Rome City Schools have focused much of their ELOST 4 efforts on the construction of Main Elementary School last year and the project is set to wrap up soon. Workers broke ground on the building in February 2018, with steady progress continuing throughout the year. The school is still set to open for the beginning of the 2019-2020 school schedule according to school officials. Students who attended school in the old Main Elementary School building are currently being housed at North Heights Elementary at Atteiram Drive. Once the new school is complete, all students and staff will move from North Heights to Main Elementary, Lou Byars, superintendent for Rome City Schools, said. The North Heights building will be converted to a 6th Grade Academy which will be an ELOST 5 project, Byars said.

The new Main Elementary will be four years in the making once it is complete in 2019. At the ground breaking ceremony in February of 2018, Byars called it “a shining light” for the system and the city. The kitchen will be linked to the new building since it was updated through a past ELOST collection. Brickwork is currently being added to the inside and outside of the building. The roof is also nearing completion which would allow inside work to move along quicker, Byars told the board of education during a January meeting.

The current cost of the building sits over $12 million, which increased from the $10 million to $11 million original estimated price range. An increased cost in electrical work was the reason for the increased cost Byars said in July. The bids the school system received for the electrical work were higher than originally anticipated, Byars said, and matched a general theme of construction costs going up over the last several years. The school is currently on track to be open and student ready by its scheduled date, Byars told the board in January.

The other major project the system has made consistent progress on is the College and Career Academy. The plans were finalized in March of 2018 after the new practice field at Rome High was completed.

The CCA building will go on the site of the old practice field which is why RCS had to build the new practice field first, Tim Williams chief operations officer for RCS, said in December.

In August the plans for the CCA were finalized by the board with 25 career pathways being set after a lengthy review process including student surveys and assessments. The system revealed the logo for the new CCA in October which was designed by RHS student Shaun Ellis, whose pathway is graphic arts. In December the board chose J&R Construction as the construction manager at risk for the CCA project. J&R Construction is also handling the construction of Main Elementary. No firm timetable has been established yet for the college and career academy construction.

In 2019 Rome City Schools will look to fund its college and career academy early by selling bonds which will need local and state approval first. According to Byars, the school system is looking to receive between $16.5 million and $20 million from the bonds. In July the estimated project cost was between $14 million and $16 million. The current plan is to break ground in April of 2019 with site construction beginning in June. Rome City Schools’ CCA building should be ready for use by the 2020-2021 school year.

Along with the two big ELOST projects, the school system completed several smaller projects throughout the system, according to Byars. The school system focused heavily on school security talks during the 2018-2019 school year and the system will continue to look at ways to improve school security. Last year, the system installed barcode readers at each school. To open a door a programmed card must be placed before a reader for it to unlock. Buzz-in entry systems with cameras have also been put in at schools. Schools also have radios that are connected to the Floyd County 911 network.