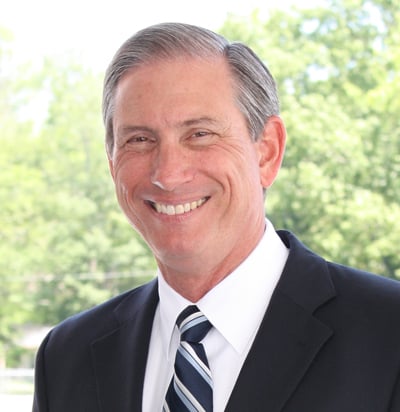 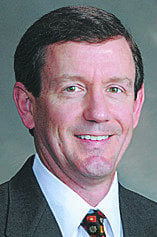 Legislation aimed at revising the state's certificate-of-need regulatory system was stalled in the House again this year by hospital industry lobbying.

House Bill 198 failed, in a 72 to 94 vote, to cross over to the Senate by the March 8 deadline for bills to pass at least one chamber. Floyd County's Rep. Katie Dempsey, R-Rome; Eddie Lumsden, R-Armuchee; and Mitchell Scoggins, R-Cartersville, all voted against it.

The bill's sponsor, however, said he would continue trying to craft a compromise. Rep. Matt Hatchett, R-Dublin, said he'll work to add CON language to another bill that crossed over and is still alive. The Georgia General Assembly session runs through April 2.

The state’s certificate-of-need system has been under attack for several years but reforms proposed in this session appeared to have a broader base of support than in the past.

Rep. Eddie Lumsden, R-Armuchee, said a replacement of the current CON system was one of the recommendations to come out of the House Rural Development Council that he’s served on for the past two years.

Lumsden noted early on that the Senate proposal differed from what the House Rural Development Council recommended, “and, of course, the hospitals have their viewpoints,“ he added.

A major driver of the push to remodel the system has been the for-profit Cancer Treatment Centers of America. The Florida-based national chain operates a “destination hospital" in Newnan for mainly out-of-state patients.

The Georgia General Assembly allowed CTCA to bypass the state’s usual certificate of need process for new hospitals in 2008. But the waiver was in exchange for promises to get at least 65 percent of its patients from out of state, cap the number of beds at 50, and provide care to charity, Medicare and Medicaid patients.

CTCA has been trying to eliminate the cap and CON restrictions for several years, and legislation nearly passed in 2015 and 2017.

Floyd Medical Center, Redmond Regional Medical Center and Harbin Clinic in Rome are among the entities that have been fighting to halt CTCA’s efforts to expand its patient base.

Kurt Stuenkel, CEO of Floyd Medical Center, sits on the board of the Georgia Alliance of Community Hospitals, which argues that CON laws are vital to preserving and ensuring healthcare access.

The organization’s president, Monty Veazey, has testified to numerous legislative committees that it’s the state’s only tool to ensure geographic distribution of financially stable facilities with an appropriate payer mix.

Also, Georgia Health News reported that an ad campaign called Save Georgia Healthcare added fuel to the debate. The commercials blast "profiteers" in health care and advocate for keeping the CON rules in place.

“We have a duty to communicate with Georgians about how this legislation will negatively affect their families," WellStar’s David Preston said in a statement.

“Repeal of CON would cripple or close hospitals all over Georgia that provide a community’s only access point for emergency rooms, trauma care, burn centers and high-risk neonatal units and many other critical care services," Preston contended.

“Those services disappear for everyone — insured, underinsured and uninsured alike — if hospitals lose critical revenue streams to for-profit providers that have no obligation to provide charity care or unprofitable procedures, as hospitals do every minute of every day."

At one point states were federally mandated to operate under CON regulations but the requirement was rescinded and 15 states repealed their laws.

However, according to the National Conference of State Legislatures, 35 states currently maintain some form of CON program, including Indiana, which enacted legislation last year. Puerto Rico, the US Virgin Islands and the District of Columbia also have CON programs.

Still, hospitals have indicated they could accept some changes to the system.

The House bill calls for an increase to $10 million and $4 million respectively. The Senate version slowly raises the threshold for capital and eliminates it for equipment.

Deregulation of hospitals’ behavioral health services and easing rules on expanding the number of beds in a hospital also were on its wish-list.

Redmond has been the sole provider of open heart procedures in Rome since 1985.

FMC’s request was denied by the Georgia Department of Community Health last year. The hospital appealed that decision and Redmond filed a request to intervene in the appeal.

A hearing was held in early February but a decision was still pending as of the end of the month.

District 52: All of Floyd, parts of Bartow, Chattooga and Gordon

District 12: Western half of Floyd and all of Chattooga County