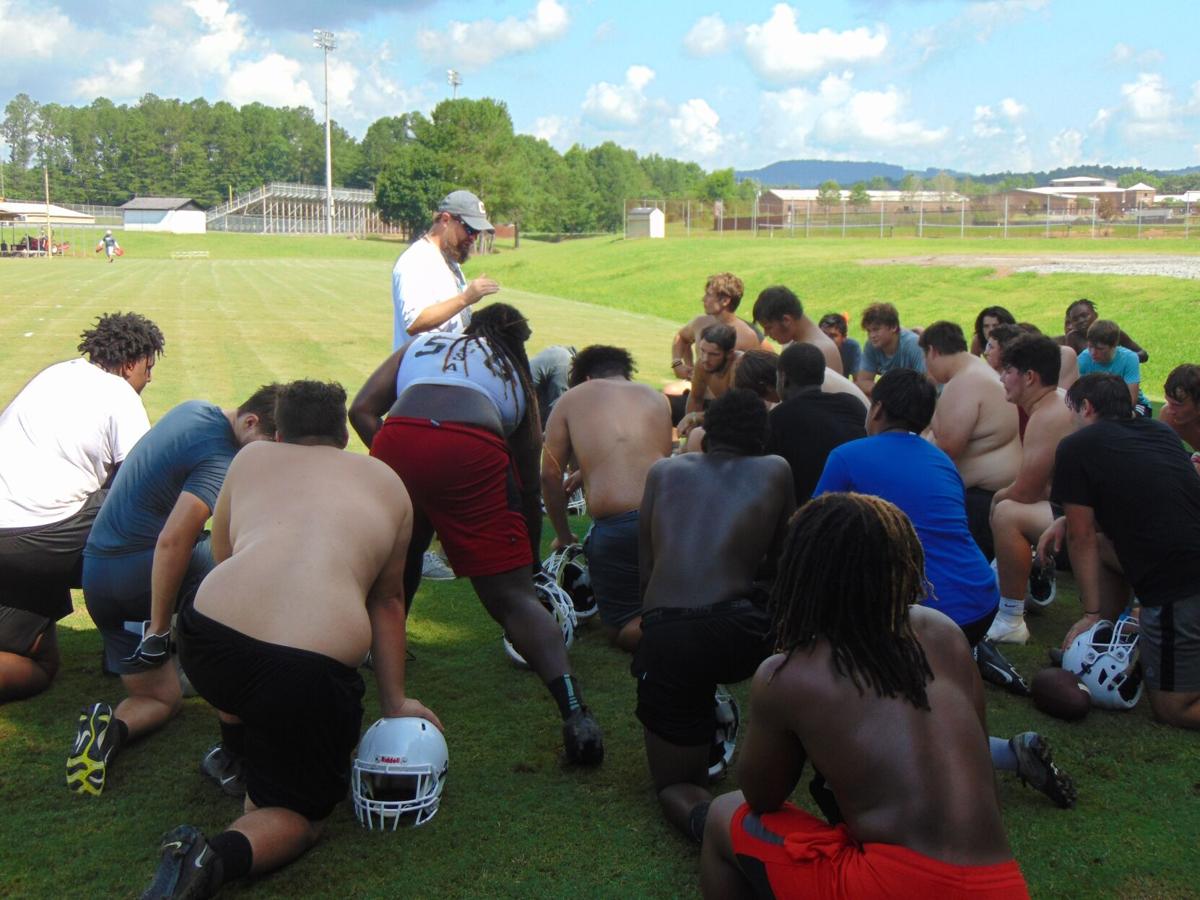 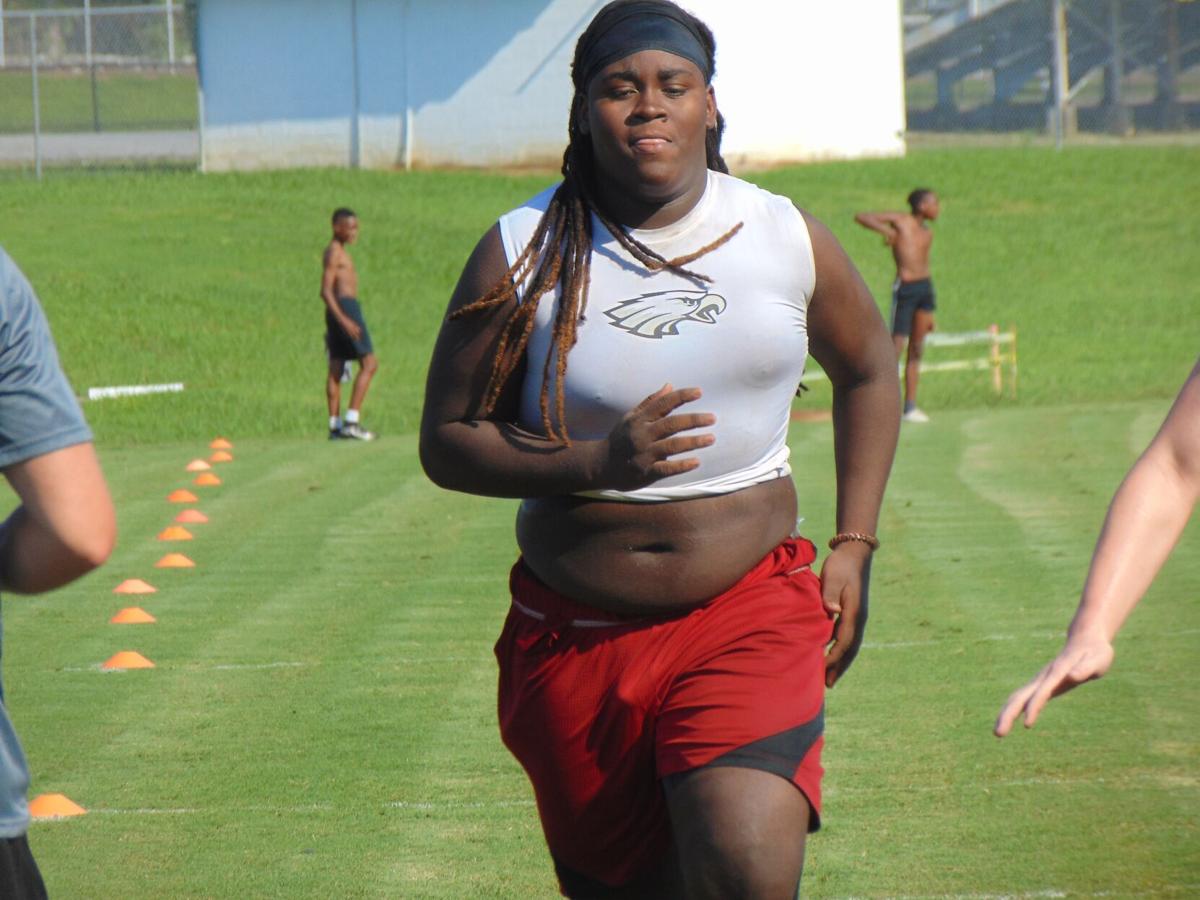 Deolis Millsap runs a drill during one of Coosa's summer practices.

Deolis Millsap runs a drill during one of Coosa's summer practices.

Every year, high school players from around the country deal with the likelihood of their coaches getting fired, retiring, or leaving for better opportunities at a bigger school.

These types of moves can be difficult for the players to handle, with added uncertainty of who will be their next coach and what they will try to incorporate.

At the end of the 2019 Coosa Eagles football season, then-head coach Todd Wheeler decided to resign from the program after seven seasons at the helm of the program.

Offensive and defensive linemen Deolis Millsap and Gage Cole, who have played together since middle school, are seniors this season and witnessed first-hand what the transition was like between the two coaches.

Usually, first year coaches will try to make a good first impression on the players who are already a part of the program, and Mathis did just that according to both Millsap and Cole.

While Wheeler is gone, Millsap said that he still learned a few things from him as a freshman.

“When I first came here as a freshman, I wasn’t too big into the whole lifting weights and all that, but Coach Wheeler and Coach Baker sat me down and said that I had a chance to go off and play college somewhere and that’s when it snapped in me that I got to get this motor going and work harder.”

Cole said the thing he learned the most from Wheeler was “commitment and how to be committed to the team.”

Both players said that the first thing that Mathis changed when he came in is trust.

“There is a whole bunch of more trust going on right now than there was before. We used to have locks on our lockers, but coach Mathis took all of those off,” Cole said.

It appears both players have benefited from each of the head coaches in certain ways that have made them the players that they are today.

Cole is coming off knee surgery in the offseason, while Millsap has proven himself as a good lineman on both sides of the ball. Millsap and Cole will both play a key role this season, as coach Mathis has expressed his excitement about the offensive and defensive lines for this season.

Along with the seniority territory, they will step into leadership roles for some of the younger players this season, along with upperclassmen Aiden Morgan and Omarion Moore.

Coach Mathis will try to continue his early success with the Eagles after giving off quite a good impression last season, leading the eagles to a 4-4 record.

EDITORIAL: Honor the U.S. Constitution by amending it