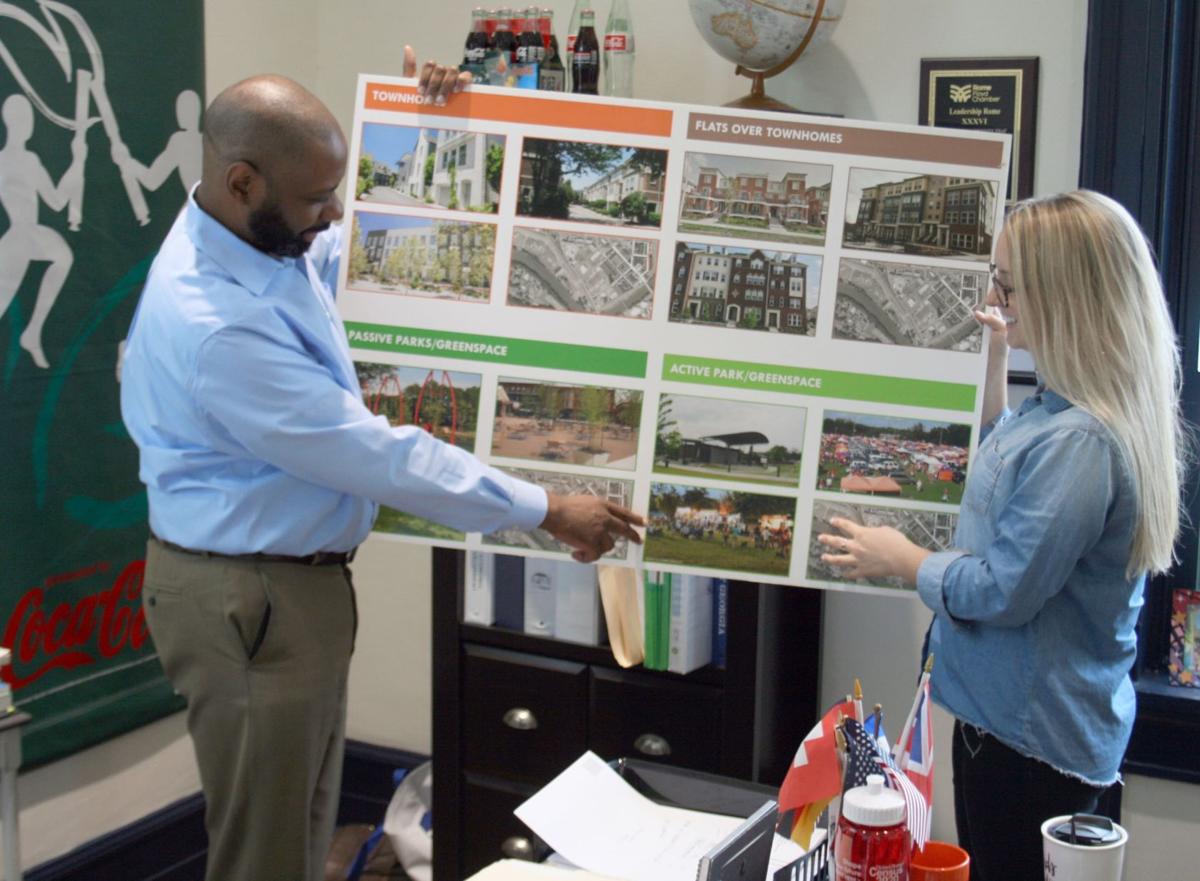 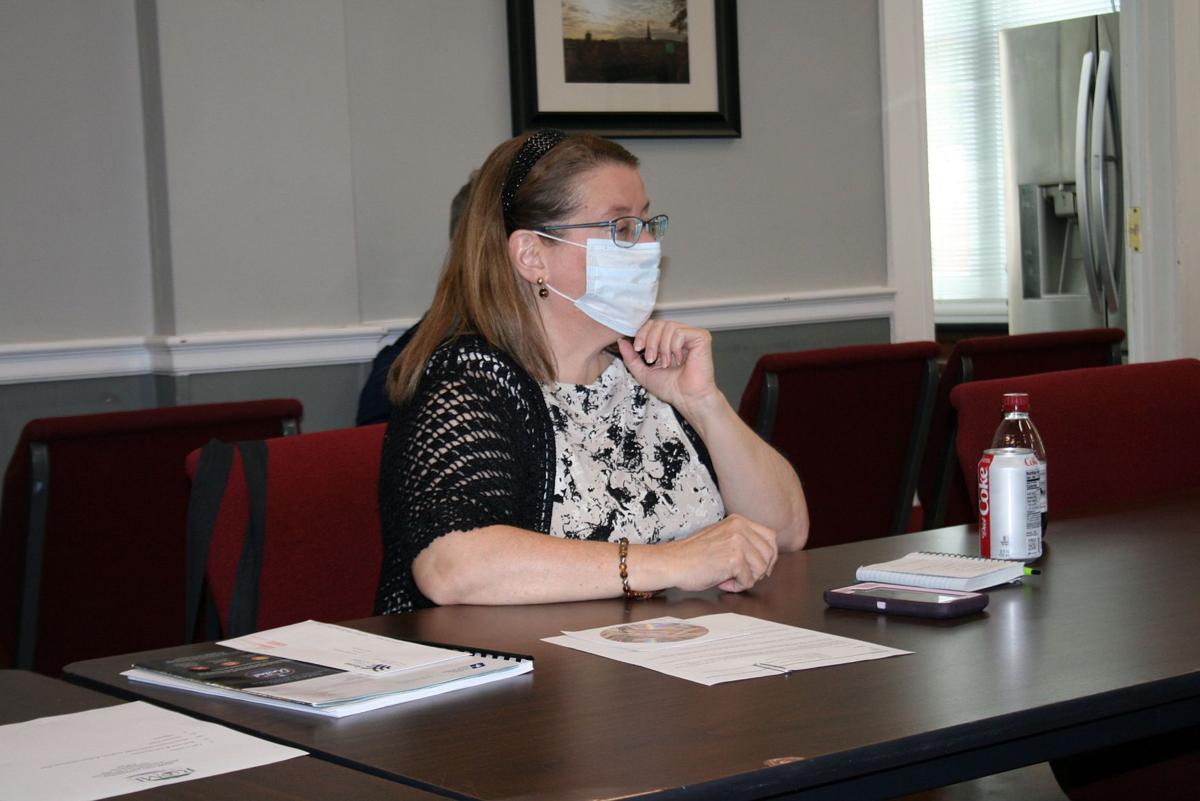 Rome City Commissioner Wendy Davis, who chairs the Redevelopment Committee, tells the panel that city leaders need a clear vision for the River District on the west side of the Oostanaula River. 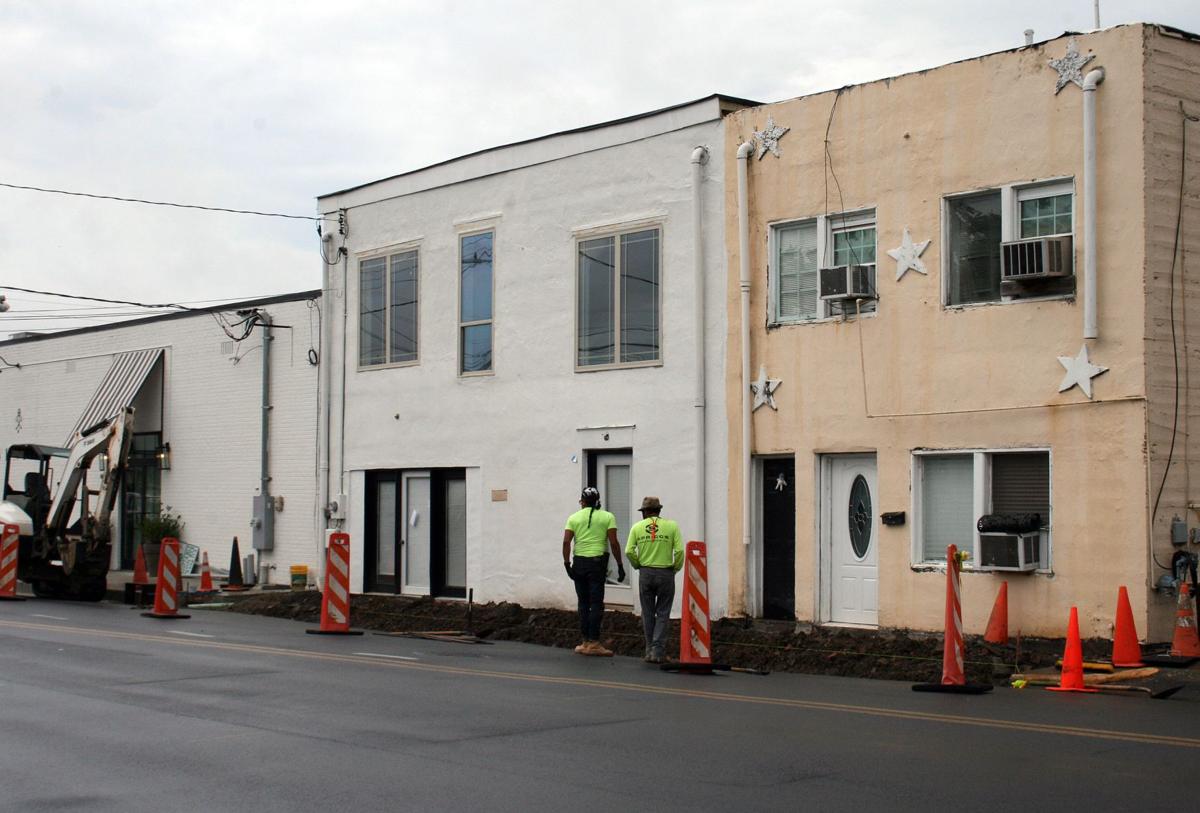 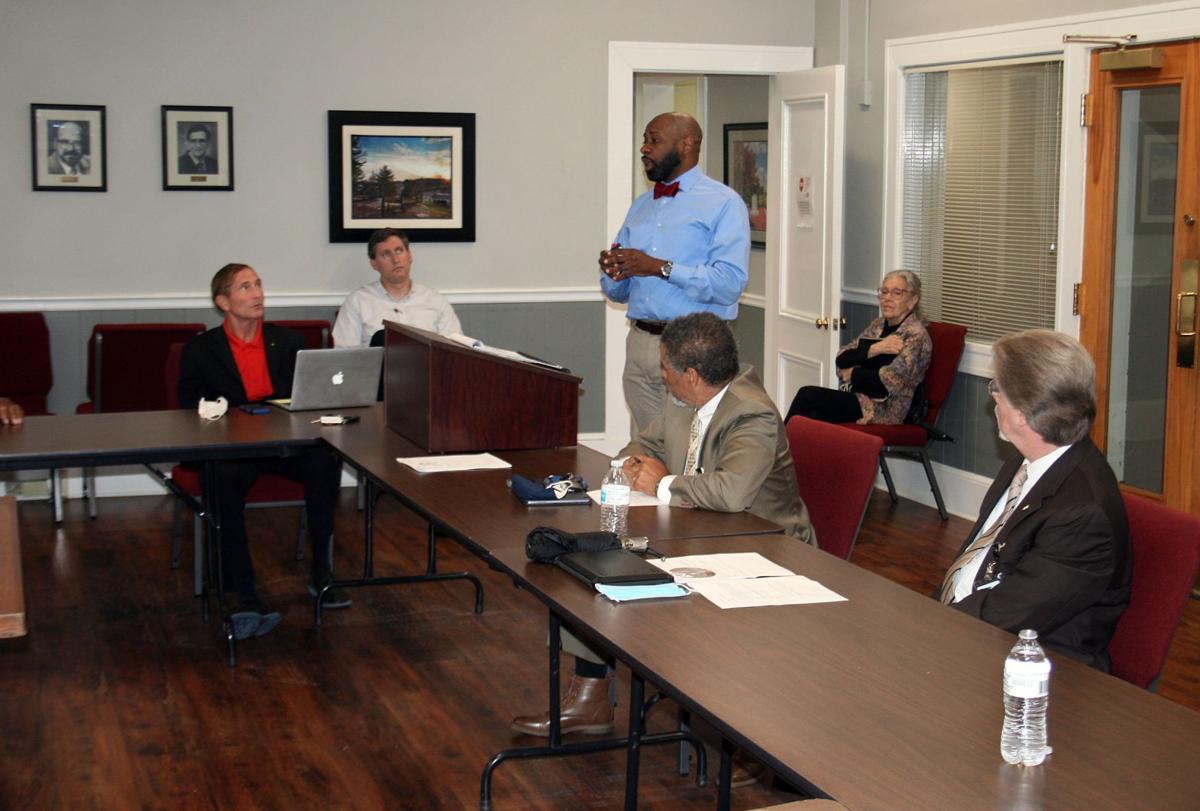 Planning Director Artagus Newell (at podium) talks about his enthusiasm for the River District Multimodal Analysis and Redevelopment Plan with Rome city commissioners. 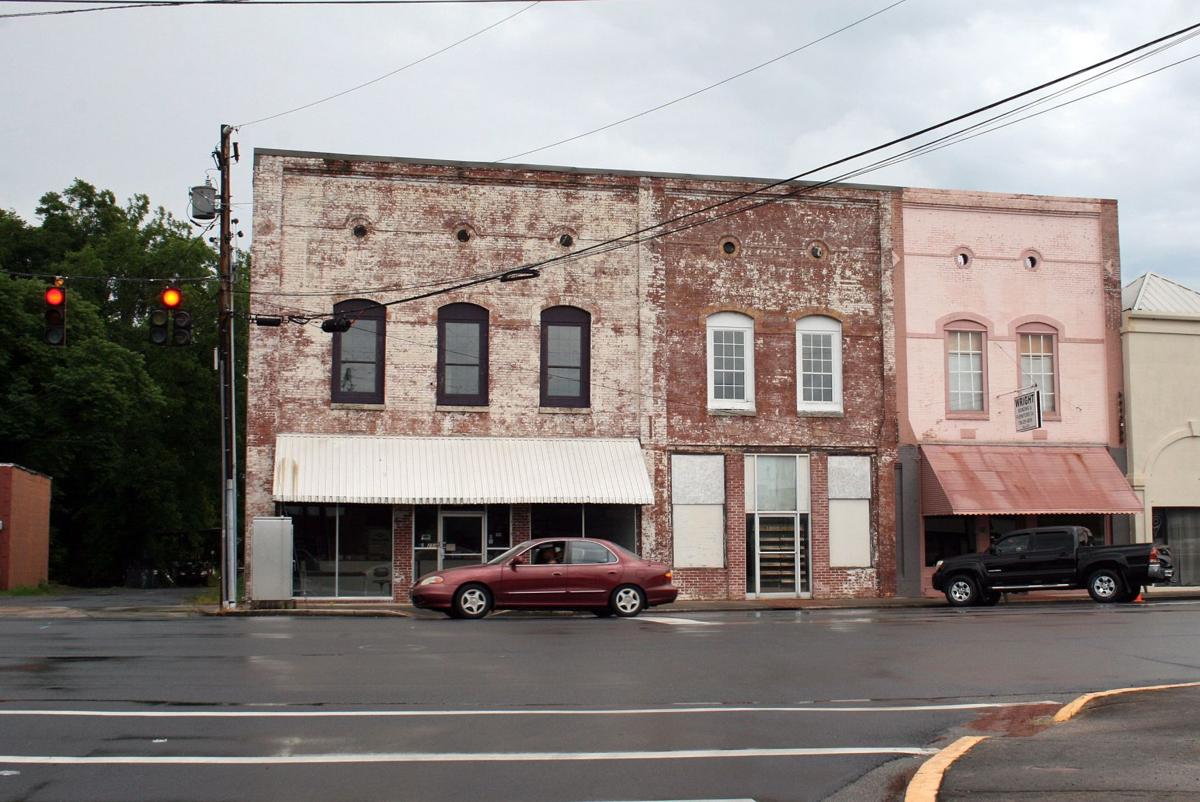 Renovation of this row of buildings on North Fifth Avenue in the River District would uncover architectural gems of the past, according to Rome-Floyd County Planning Director Artagus Newell. 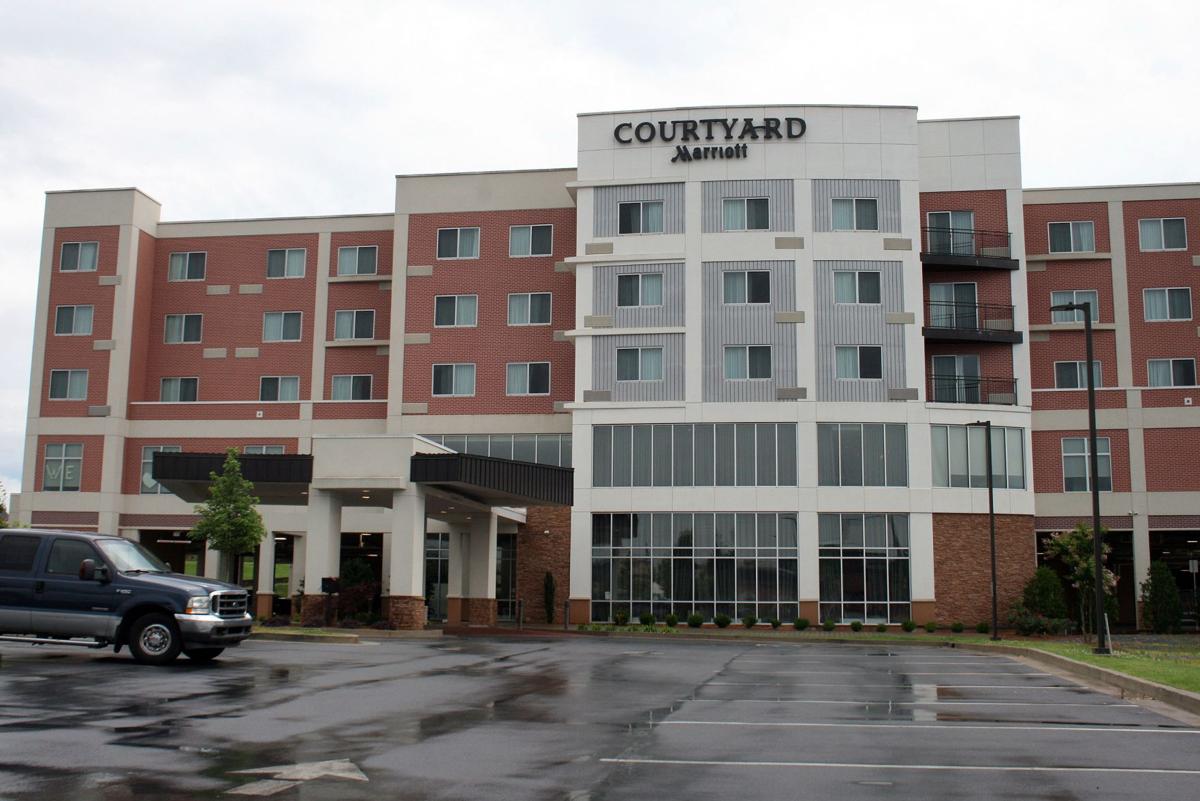 The Courtyard Rome Riverwalk on West Third Street is one of the major additions to the River District over the last four years. 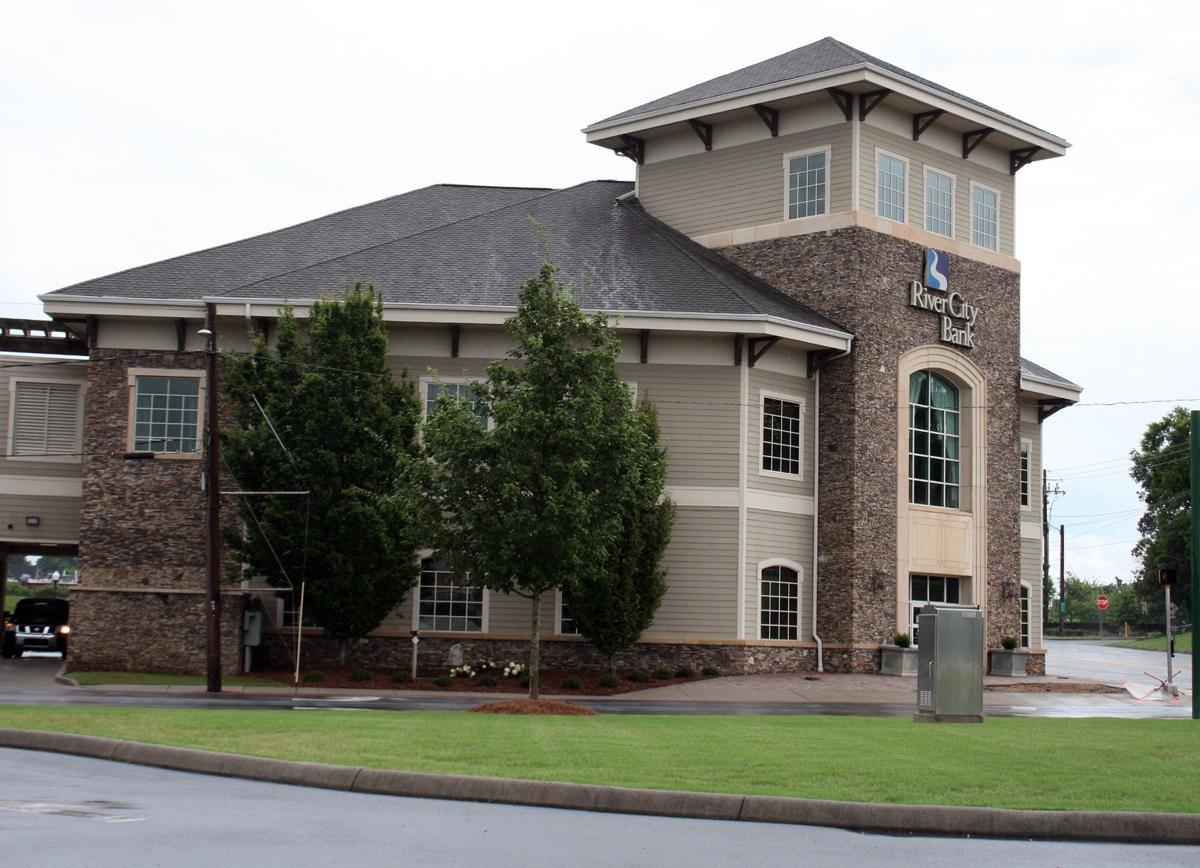 Rome City Commissioner Wendy Davis, who chairs the Redevelopment Committee, tells the panel that city leaders need a clear vision for the River District on the west side of the Oostanaula River.

Planning Director Artagus Newell (at podium) talks about his enthusiasm for the River District Multimodal Analysis and Redevelopment Plan with Rome city commissioners.

Renovation of this row of buildings on North Fifth Avenue in the River District would uncover architectural gems of the past, according to Rome-Floyd County Planning Director Artagus Newell.

The Courtyard Rome Riverwalk on West Third Street is one of the major additions to the River District over the last four years.

The Rome City Commission was asked to formally adopt a 2018 study of opportunities to improve the downtown River District earlier this week — however the commission decided to send the report back to the Redevelopment Committee for a fresh look.

The primary focus for redevelopment is the West Third Street, North Fifth Avenue and Avenue A traffic corridors. The area out Shorter Avenue, which includes the American Legion Post 5 home, is included because of its access to the levee trail system.

The Nelson/Nygaard-TSW study is a multimodal analysis and redevelopment plan. City Manager Sammy Rich said the plan is mainly about transportation.

Land-use aspects, Rich said, are more appropriately depicted in a 2012 Downtown Development Master Plan. That prompted Commissioner Craig McDaniel, a member of the Redevelopment Committee, to suggest the city have a retreat specifically to review the 8-year-old document.

Since then, the Redevelopment Committee met Wednesday to go through the study, section by section.

“I think it is incumbent upon us to have a vision for what we want, so when somebody comes and says ‘Here’s what I want to do,’ ... we have something to measure that against,” said Commissioner Wendy Davis, who chairs the committee.

The study doesn’t adequately addresses many of the transportation connectivity issues, she said. The study does not appear to take into consideration the condition of any of the sidewalks.

“There are a lot of opportunities in that district, a lot of properties that are either vacant or have buildings that may be underutilized,” said Artagus Newell, director of the Rome-Floyd County Planning Department.

Rich said that, at one time, there was some consideration given to making the tennis court property available for redevelopment since the city opened the much larger complex out on the Armuchee Connector.

Rich said his primary focus right now is what happens to the property next to the hotel.

“I think that is a major domino,” he said.

Rome developer Wayne Robinson has been working with the city for a couple of years on a mixed-use, retail and residential, proposal for the site. At some point, Rich said, the city will have a discussion about the future of that project.

“My hunch is that we’re not far out from having that conversation. There are other developers who have expressed interest in putting together a deal over there,” Rich said.

McDaniel, a commercial real estate agent, said there is no question in his mind that any activity in the district needed to be developer-driven.

Earlier this year, the city was able to push through a rezoning of the complete area to Urban Mixed Use status. The flexibility of that category plays right into the emphasis of the Nelson/Nygaard-TSW study.

Commissioner Mark Cochran suggested that one centralized parking deck might be appropriate in the district. Residents and business operators could park in that spot and walk to their jobs or homes.

The study examined redevelopment in the area from the perspective of ease of movement, whether it be by car, on foot or bike, or even by mass transit, Rich said.

Newell explained that the UMU zoning allows emphasis on use and activity over parking, which could lead to shared parking initiatives and pedestrian-friendly streetscapes.

“If we’re going to encourage people to walk, then we have to make it safe and secure with good sidewalk infrastructure, signalization and crosswalks,” Newell said.

Transportation Planner Kayla Schaaf said she believes the emphasis on live-work-play communities is an idea that will be around for years to come.

“I feel walkability is really more important to people my age than in older generations,” Schaaf said.

The city has $600,000 from an Appalachian Regional Commission grant and another $2 million from the 2017 SPLOST to facilitate infrastructure improvements in the River District. New water and sewer lines, street and sidewalk improvements, and potential changes to the overhead electric and cable lines are all possibilities.

Rich said the study was conceived of to help make the case for high-density residential development to attract additional business and services.

“Creating this little sustainable environment — to where you’ve got people doing a live, work and play — opens the door for other opportunities,” Rich said.

Newell said he’s had multiple conversations with local developers who have expressed interest in the area.

“Other folks have called or emailed in regards to some interest. At this time, they’re not saying what they might do or who they are representing,” Newell said.

Bob Grigsby, who moved to Rome a year ago, has plans to create a facility to kick-start new businesses and spur job growth.

He told the Redevelopment Committee in April that he is seeking an Appalachian Regional Commission grant of $761,259 to help ignite redevelopment in the area.

He has about 2½ acres and eight buildings in the River District under contract.

Grigsby said both Georgia Highlands College and Berry College have committed to participate in his project. The state’s Center for Innovation is also in line with the project.

The study consultants held a number of design meetings with the public throughout 2018 to collect input. One of those meetings was held at a Rome High School career fair and Schaaf said she was real happy with the interest the students had in the vision for the area.

Newell said if he were a developer with access to funding, he’d be very interested in the series of buildings on North Fifth Avenue between the Oostanaula River bridge and Avenue A.

“I would like to remove the stucco plaster and reveal the historic architectural facades,” Newell said. “I’d like to show the beautiful aesthetics that are there and covered up.”

A meeting is tentatively set for July 21 with Goodwyn, Mills and Cawood — the Alabama-based consulting firm contracted to design a streetscape package for the River District. Details concerning the time and location will be announced at a later date.

The Latest: Doctor's referral not needed for NCarolina tests