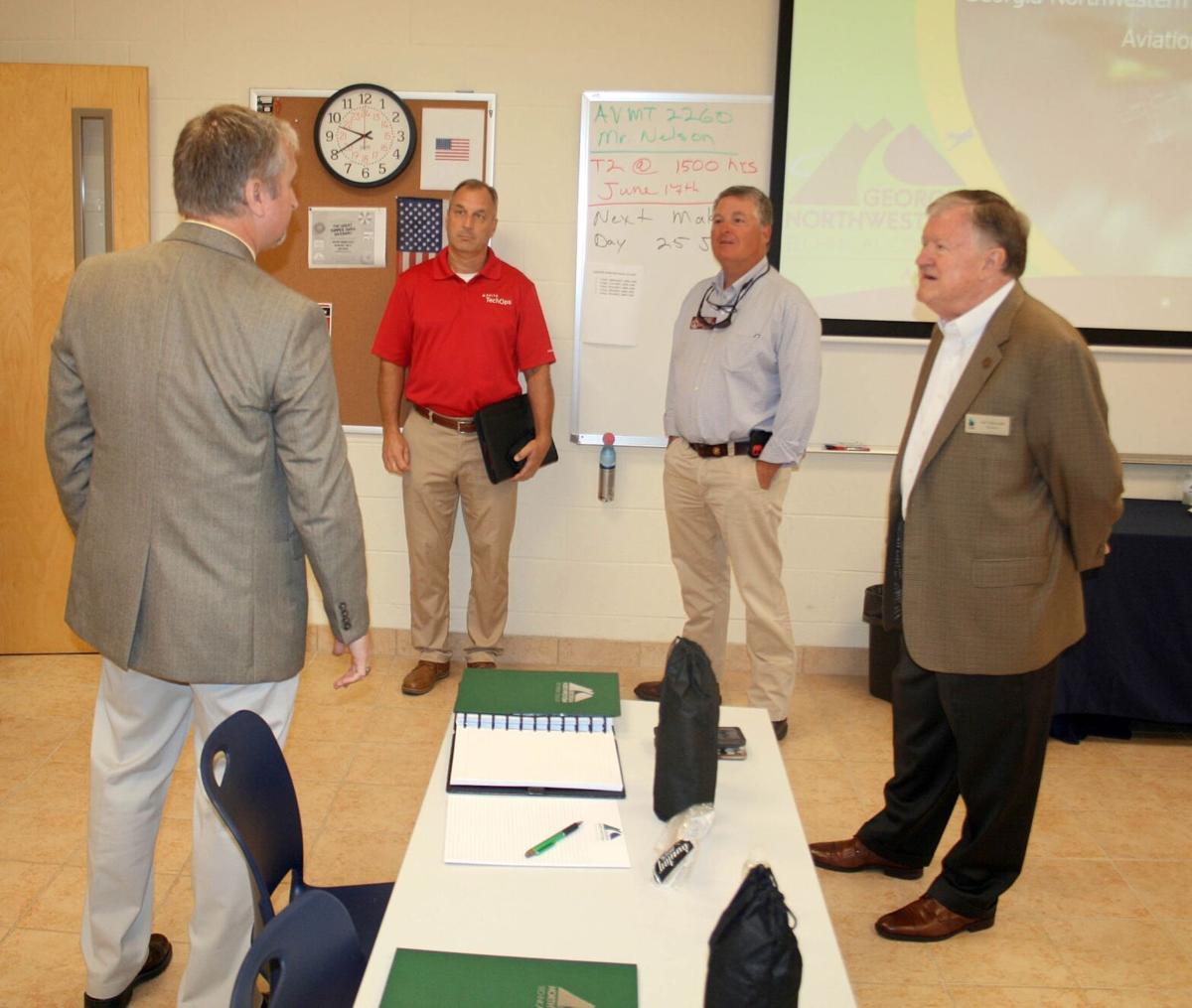 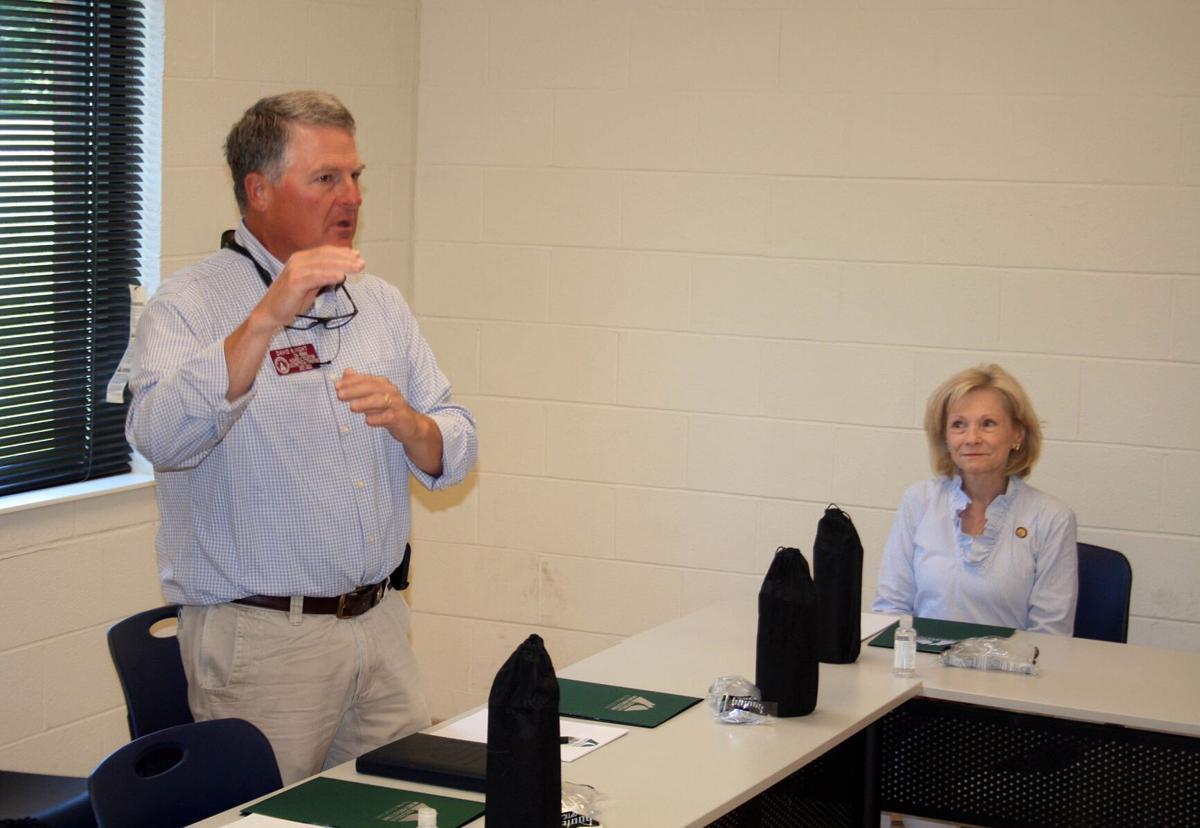 State Reps. David Knight and Katie Dempsey visited the GNTC Aviation Center to get an idea of how the state could better allocate resources for aircraft maintenance training programs. 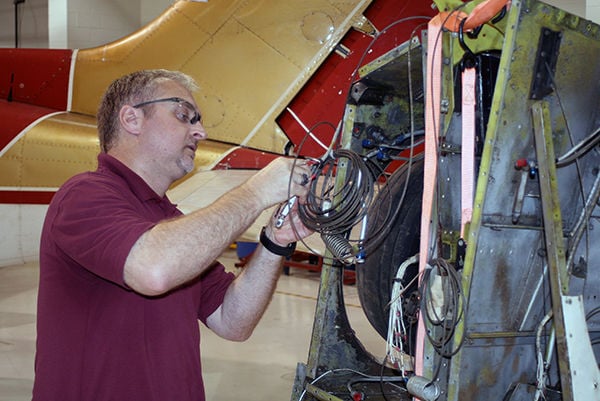 Jon Byrd, director of the GNTC aviation program, checks some wiring in a detached wing of an aircraft in this RN-T file photo.

State Reps. David Knight and Katie Dempsey visited the GNTC Aviation Center to get an idea of how the state could better allocate resources for aircraft maintenance training programs.

Jon Byrd, director of the GNTC aviation program, checks some wiring in a detached wing of an aircraft in this RN-T file photo.

As the aviation maintenance and repair industry ages, Georgia lawmakers are taking a long look at how the education system is preparing a new generation of aircraft mechanics and technicians.

“There is a vacuum in the industry,” said Jon Byrd, director of the aviation program at GNTC.

Joe Yarbrough, a Technical College System of Georgia board member, used “silver tsunami” as a reference to the number of older people in the workforce and the need to turn out more young technicians.

“This could not be more important to the success of our state,” Yarbrough said.

Rep. Katie Dempsey, R-Rome, also participated in the session along with several House budget analysts and officials from the TCSG.

The lawmaker’s group is going around the state to analyze the needs of the various aviation programs.

“We want to make sure that they are adequately funded, (to see) if they have the resources; looking at the ability of students to meet the demand,” Knight said. “There is going to be a great need to replace those folks who are keeping our aircraft in the air.”

The good news as it relates to the workforce is that the pandemic only heightened interest in the GNTC aviation program. It currently has 55 people on its waiting list and the program is in the process of transitioning into a competitive admissions process.

“It’s a good problem to have,” Byrd said.

“The discussion is that, as the state of Georgia, how do we produce more aviation maintenance technicians that have the FAA certification? How do we get a more skilled workforce quicker,” she said.

Knight asked if the college had room to expand. Byrd said there is additional physical space, but it would also require additional instructors and equipment so the added students would not have to compete for time on the equipment.

Byrd explained that he can’t just run out to Ace Hardware and pick up a wrench for his students to use — everything must meet stringent Federal Aviation Administration specifications.

The trio of budget analysts — Molly Azziz, Morgan Hall and Sara Arroyo — were asked to make specific note of the needs and costs associated with an FAA certified program.

The COVID recession is officially over. Here’s why experts say that doesn’t matter