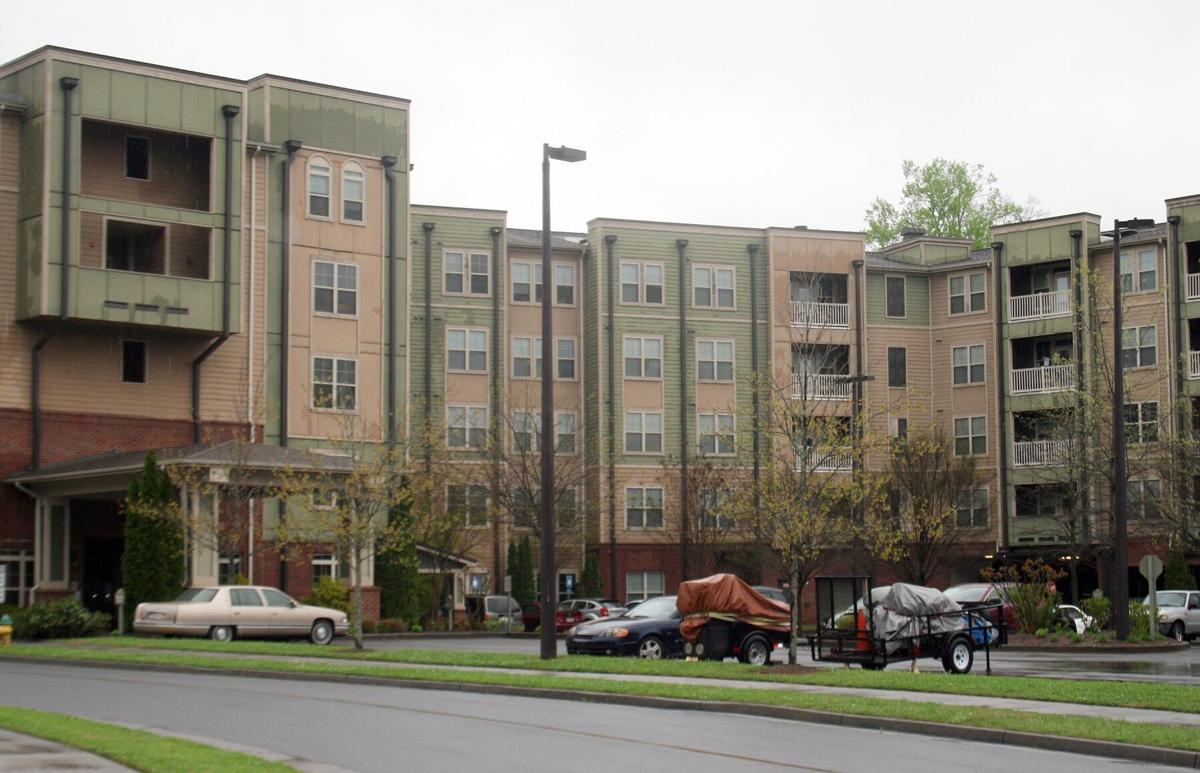 The Etowah Terrace senior residences, by Mercy Senior Housing, was the first big project in the South Rome revitalization effort. 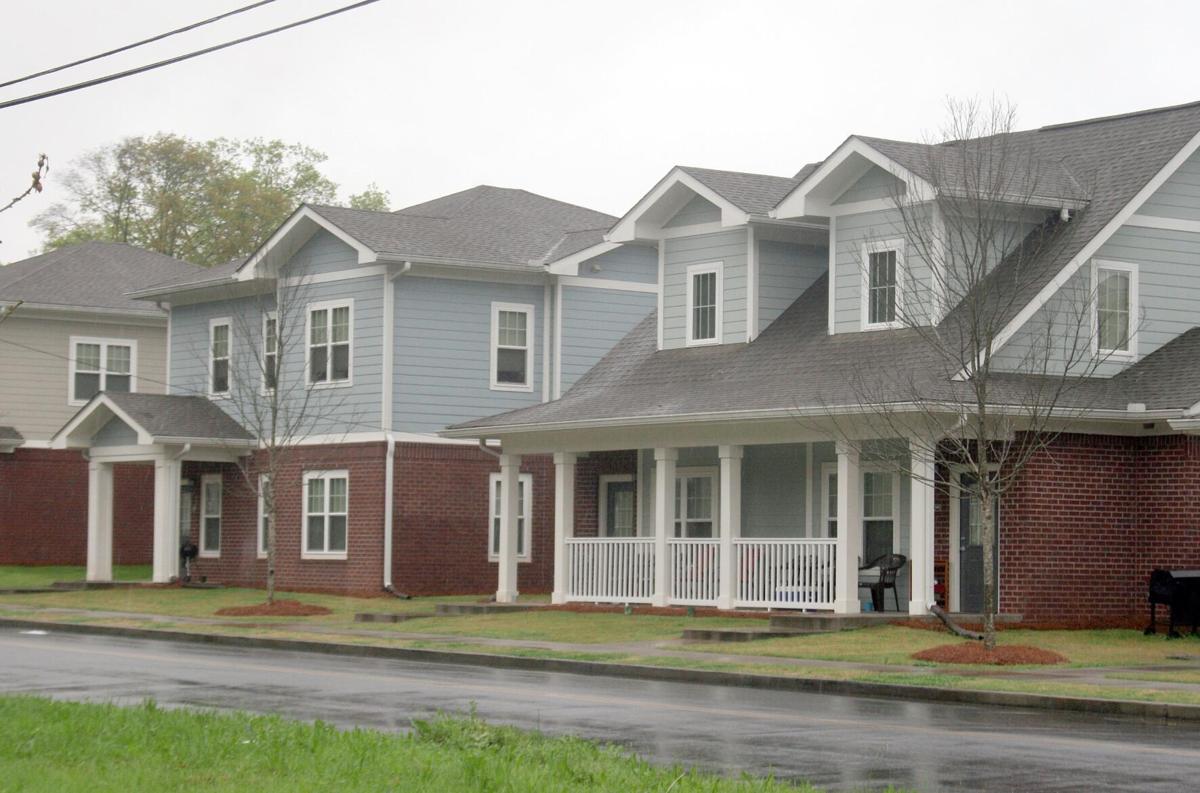 The Burrell Square townhomes have made a significant improvement to the heart of the South Rome residential community. 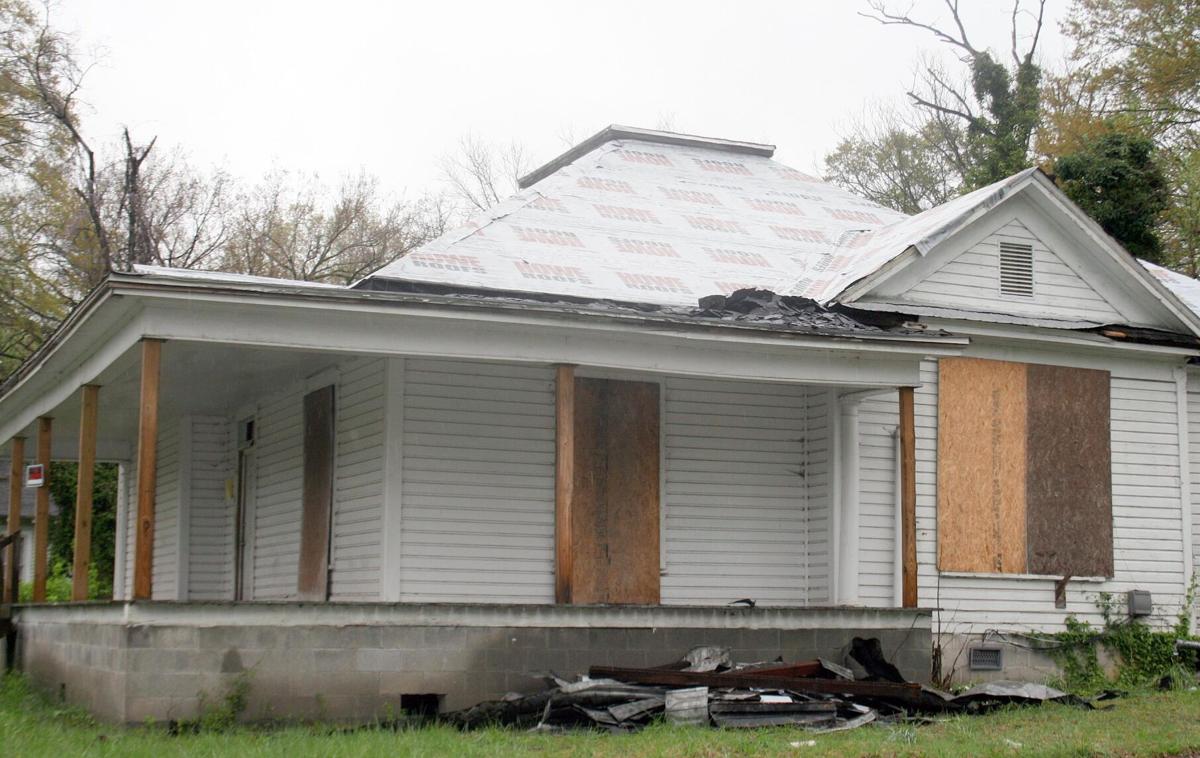 Lots of investment opportunities exist for people interested in flipping homes in South Rome. This boarded up structure sits at the corner of Pennington Avenue and Butler Street. 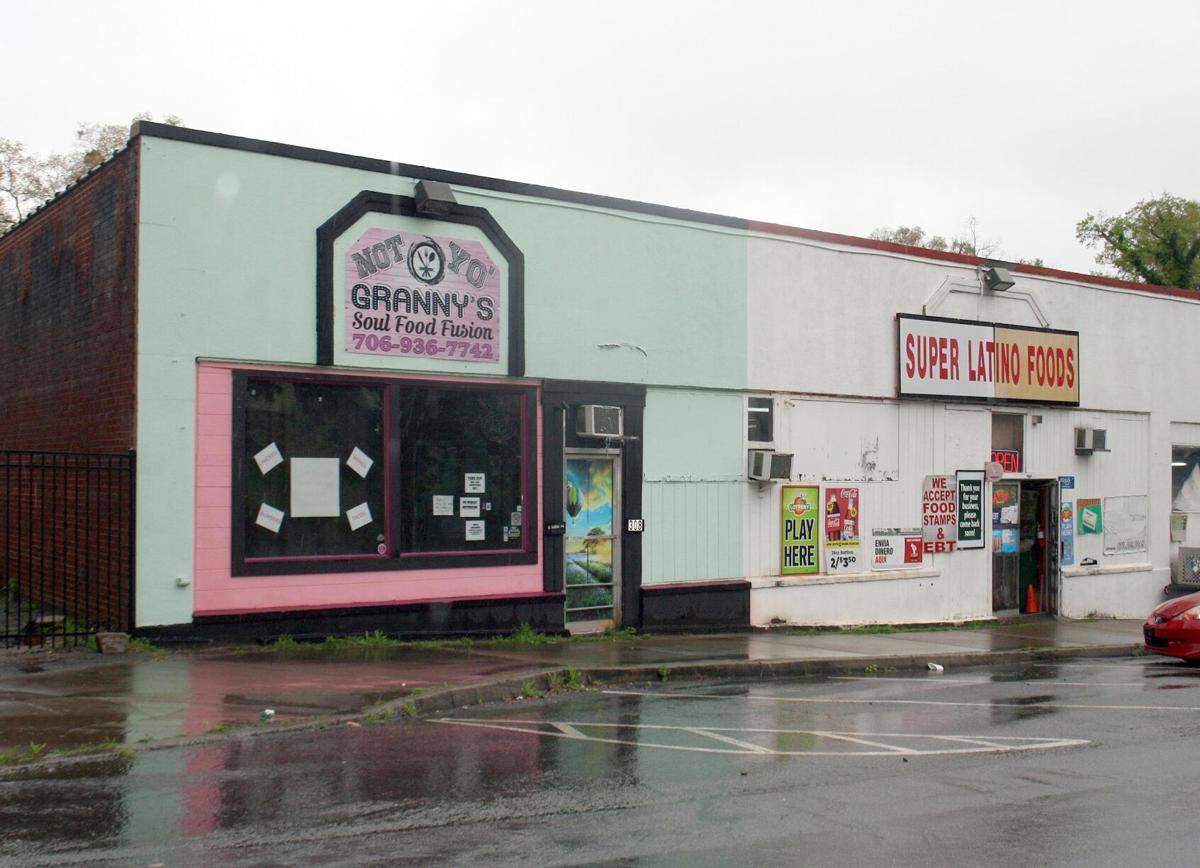 Not Yo Granny’s Soul Food Fusion, in one of the small retail locations in South Rome, closed recently due to the COVID-19 pandemic. 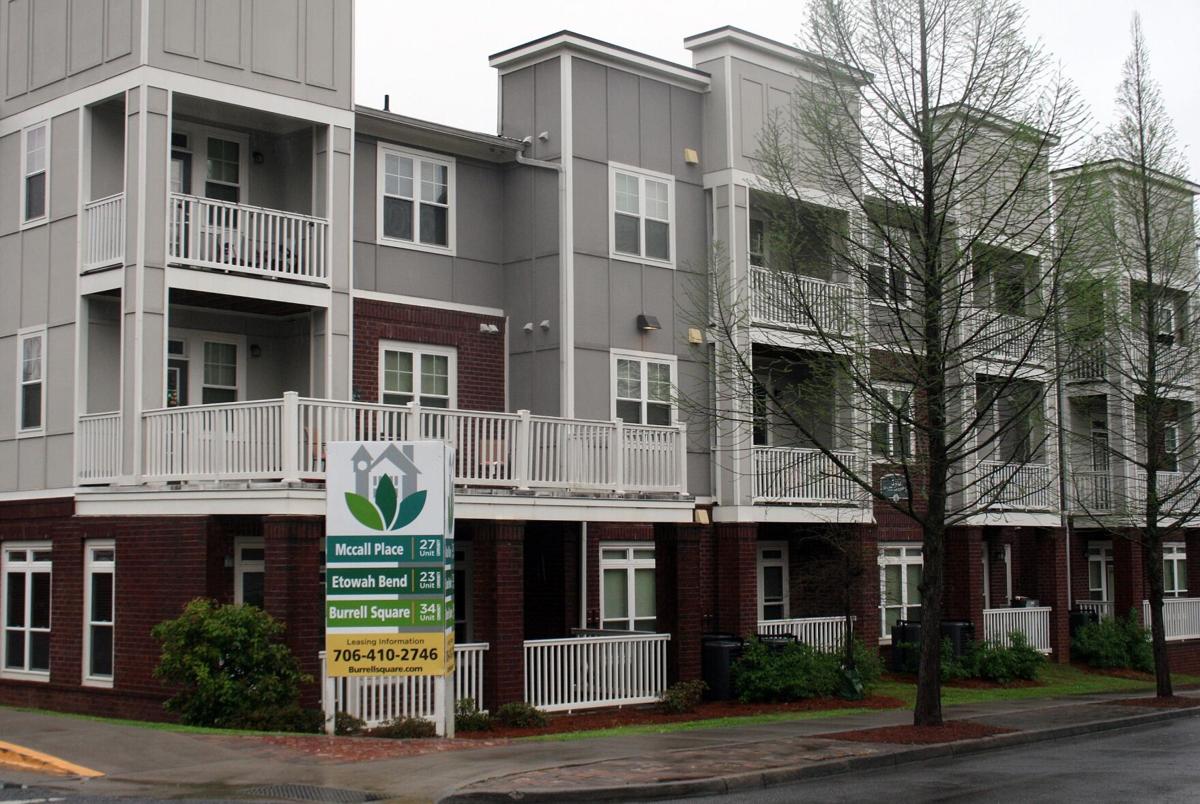 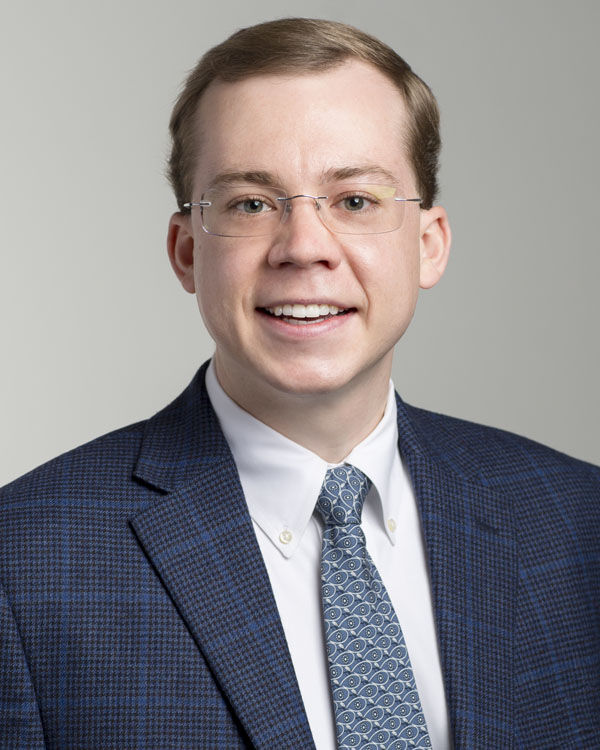 The Etowah Terrace senior residences, by Mercy Senior Housing, was the first big project in the South Rome revitalization effort.

The Burrell Square townhomes have made a significant improvement to the heart of the South Rome residential community.

Lots of investment opportunities exist for people interested in flipping homes in South Rome. This boarded up structure sits at the corner of Pennington Avenue and Butler Street.

Not Yo Granny’s Soul Food Fusion, in one of the small retail locations in South Rome, closed recently due to the COVID-19 pandemic.

Redevelopment efforts have been going on in South Rome for most of the last two decades. Earlier this year, the South Rome Redevelopment Corp. changed its name to the South Rome Alliance and Berry College graduate Jake Hager was brought back to Rome to lead the ongoing revitalization effort.

The focus on South Rome started around 2002, when city leaders brought in experts from the Georgia Department of Community Affairs and the Georgia Quality Growth Partnership to put together a renewal plan for the community that had blossomed with the growth of Rome in the late 1800s and early decades of the 1900s.

Roman Herrington was hired as the first executive director of the SRRDC in 2003. He was followed by Karen Moore, Melissa Jones and Charles Looney before Hager was hired earlier this year.

The Rome Community Development Department was the day-to day-facilitator for redevelopment during a two year period of time between Jones and Looney.

Hager brings a lot of enthusiasm to his new position after working with the Georgia Department of Community Affairs following his graduation from Berry. His time with the DCA was split between the finance office and CHIP, the Community Housing Investment Program.

Actually, the Rome Community Development Department, under Ron Sitterding, became involved in the housing renewal effort in the 1990s. That is a partnership that has continued to this day and resulted in the construction of some 38 new single-family homes, most of it on abandoned lots.

Improving housing options was one of the original strategies for the redevelopment effort, along with a plan for regular neighborhood clean-up operations. A third part of the original plan was to improve community center facilities where the public could gather for a myriad of purposes, from simple meetings to social gatherings and recreational opportunities.

David Hicks, former head of the Darlington School, was a leader of the original efforts two decades ago. Today, the South Rome Alliance board is led by Brent Bell, the current head of school at Darlington.

“We’re at an exciting juncture,” Hager said. “We’re in a rebranding phase. Just coming out of COVID, a new executive director and a new name is allowing us to emerge as a new brand.”

Changing the name reflects the input of many different players in the effort to revitalize the community.

“We would like to consider ourselves as the community quarterback to align resources of other key players to assist South Rome,” Hager said.

The other players include the city, Rome City Schools, Berry College, Darlington and a number of nonprofits, notably Mercy Senior Housing and Laurel Street.

The latter two organizations have been integral components in the construction of attractive multi-family housing in the community. Laurel Street was recently approved for another major tax-credit multifamily housing development off Pollock Street, which is expected to break ground sometime during the third quarter of this year.

The new development will be known as South Meadows, in part due to its proximity to a community garden that has been operated with assistance from the William S. Davies Homeless Shelters for the last several growing seasons.

It will have 80 units, along with a dozen single family lots that would be ideal for additional projects built with help from the Community Development Department.

That area is at the end of the South Rome levee, which Hager says he’d love to see further developed for trail use — much like the trails atop the Coosa River levee along Second Avenue and the Oostanaula River levee opposite the downtown Broad Street district.

The same area, on the Coosa River side of the levee, is also slated to be home to a new boathouse and river access area funded by the 2017 SPLOST package, which could provide a big boost to the area.

The education effort has been enhanced the last several years by the South Rome Early Learning Center at Anna K. Davie Elementary School. Space in the new school building was allocated for a 3-year old preschool, which has been well received across the community. The Early Leaning Center is a partnership that involves Rome City Schools and Berry College.

The community wellness effort includes commercial and business development, which is an area that has not developed strongly over the last two decades.

Rome Community Development Director Bekki Fox said it’s hard to pinpoint the reason that new business has not developed, although she speculated that a large part of it could simply be the lack of available space.

South Rome lost one business, Not Yo Granny’s Soul Food Fusion, which was forced to close during the peak of the COVID-19 pandemic.

Hager said he is anxiously awaiting the opening of a new barbecue restaurant on East 12th Street near the railroad tracks, right on the fringe of South Rome.

Hager said that attracting the right businesses is a key objective of the Alliance going forward.

“We’re looking for businesses that would promote and stabilize the community,” Hager said. “I don’t think we’re looking for a liquor store. I think there is a strong desire for a food mart. Maybe a Dollar General Market might do well.”

One of the ultimate goals of the Alliance is to spur private investment, which has been seen with some housing units that have been built on vacant infill lots across the district.

Many of those lots were created thanks to city demolition work to get rid of dilapidated homes abandoned through the years.

Hager also speculates that service-related businesses could do well, such as a good auto repair shop, heating and cooling businesses, even a breakfast-style restaurant.

The age demographic in South Rome still skews to the older end of the spectrum but some younger families are now moving into the community to take advantage of its proximity to downtown.

The Burrell Square segment of the last Laurel Street housing project has played a role in attracting younger families.

Hager believes that improvements to the nearby Parks Hoke Park would also help attract families with children, though he was not aware of any specific plans for the park at this time.

The South Rome Alliance offices have been functioning out of a small space on the second floor of City Hall for the last several months. Hager said the office will be moving into new space at 1 S. Broad St., just across the South Broad Bridge from downtown Rome. That move is expected to be completed within a couple of weeks.

Almonty Industries Inc. Announces That It Now Has Cash in Hand and Binding Commitments From Existing Shareholders and Insiders of US$9,590,000. The Company Also Announces the Prospectus for Admission to the ASX Is Nearing Completion.