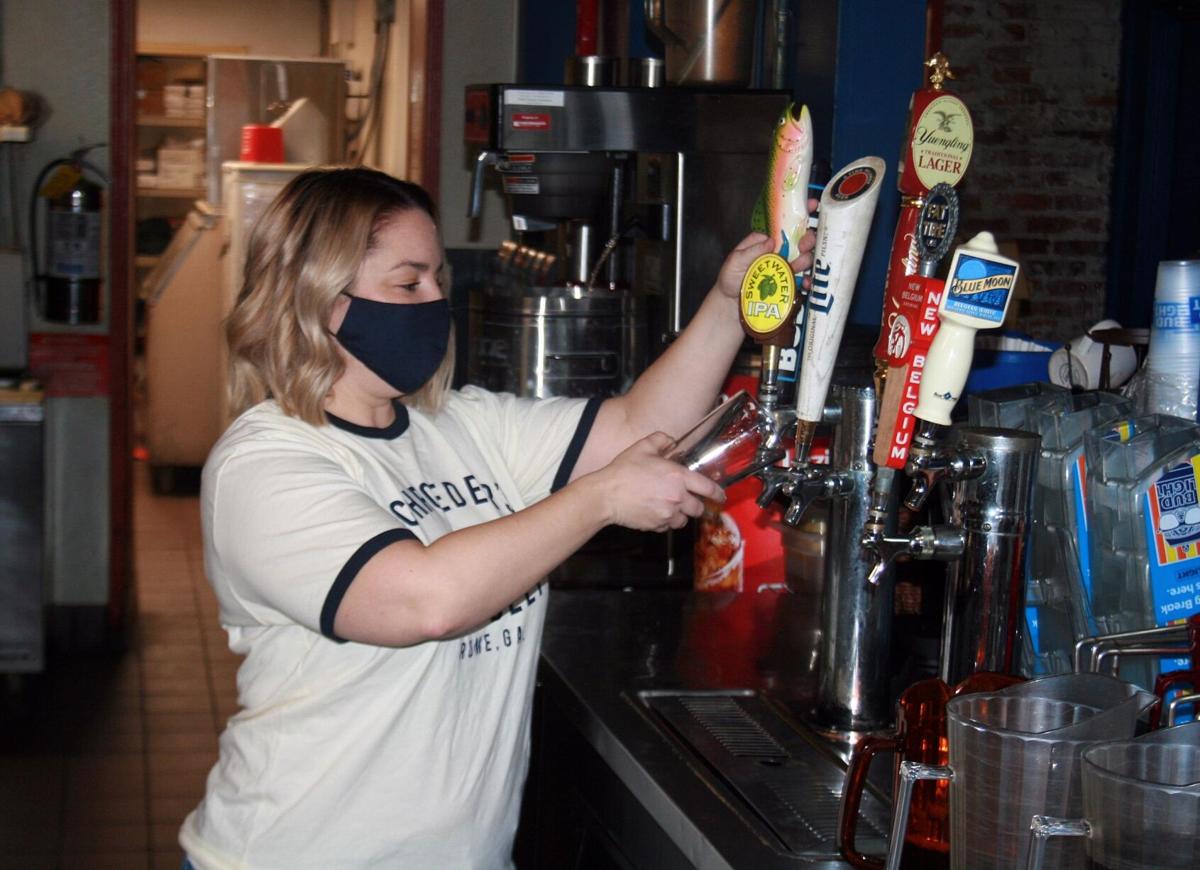 Caleigh Schroeder draws a beer for a customer at Schroeder’s downtown. The restaurant will hold a big celebration Saturday to mark its 40th anniversary. 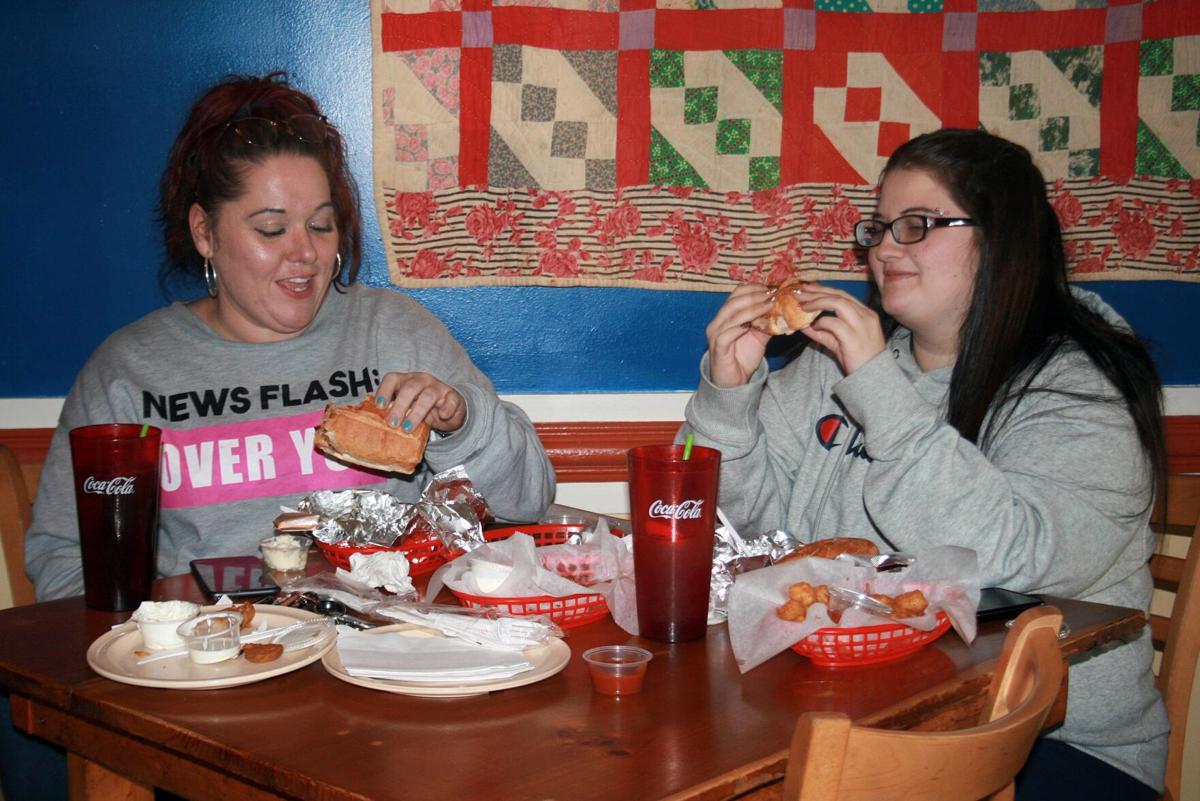 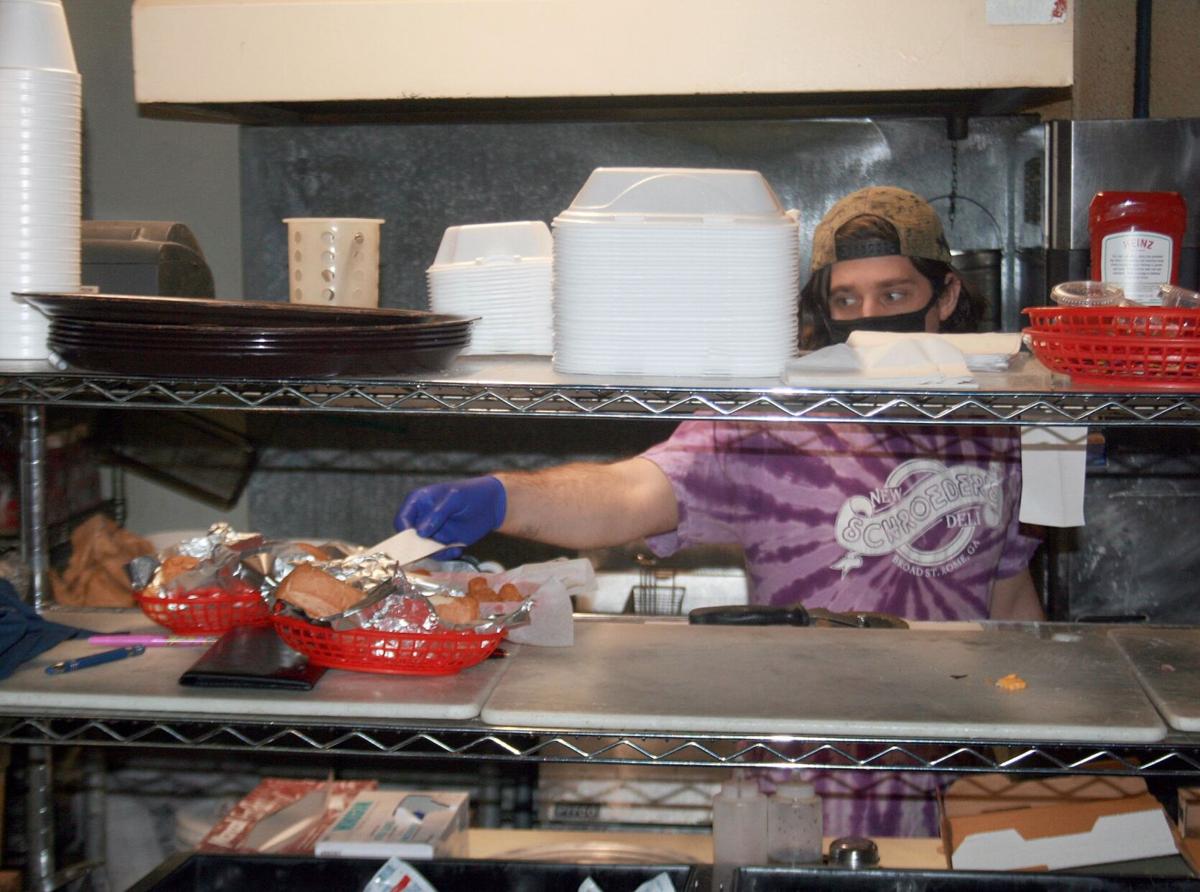 Devin Chidsey puts up an order from the sandwich section of the kitchen at Schroeder's, 406 Broad St. The restaurant will celebrate 40 years downtown Saturday.

Caleigh Schroeder draws a beer for a customer at Schroeder’s downtown. The restaurant will hold a big celebration Saturday to mark its 40th anniversary.

Devin Chidsey puts up an order from the sandwich section of the kitchen at Schroeder's, 406 Broad St. The restaurant will celebrate 40 years downtown Saturday.

Schroeder’s New Deli, not exactly a newcomer, will celebrate its 40th anniversary Saturday. The restaurant at 406 Broad St. was one of the key features in the renaissance of downtown Rome four decades ago.

“They were the leaders, they as well as Hal and Mimi Richards,” said Jan Hackett, a former downtown development director and currently president of the Fannin County Chamber of Commerce in Blue Ridge.

“(Schroeder’s) renovation was one of the first and they led the way for everyone else.”

Hackett said the restaurant was critical to the efforts to bring people back to downtown Rome.

Charles Schroeder recalls that it was not an easy journey at the start.

He was living in the Stone Mountain area at the time and, for the first six or eight months, was splitting time between his job in Atlanta and helping start up the restaurant in Rome.

In 1981, Charles recalled, his brother John came to him because the business, like many new, small businesses, needed an infusion of cash.

“We were able to get a small loan; it was $8,500 from the Bank of Walton County,” Charles said. “The bank that we worked with here said that we would just be losing money if they loaned us that, for opening on Broad Street.”

For a time, he was splitting the management with John.

“A lot of people don’t remember I did that,” Charles said. “At one point I knew how to do all the cooking and sandwiches, although John has always done the soups and sauces and those kind of things.”

The wives of John and Charles were both pregnant at that time and Charles remembers them all — including the ladies and friends — hand-building tables, painting and cleaning to get everything ready.

“Then I backed off to take care of the financial side, pay all the bills, insurance and payroll,” Charles said.

John Schroeder served as the primary day-to-day manager for most of the 40 years, but decided to put away his chef’s apron early in 2019. At that point, Teresa Haney, a longtime employee, temporarily took over the operational leadership for the restaurant.

The restaurant has been owned by Charles and John Schroeder all along and is currently being operated by Charles’ daughter Caleigh.

Caleigh had worked on and off in the restaurant since 2002, but after getting a degree in biology, she spent five years working in a microbiology lab in Kennesaw.

But when it came time for Caleigh to settle down and buy a house, like Dorothy in the Wizard of Oz, she decided there was no place like home. In her case, Rome.

Her father and uncle asked if she might be interested in taking over the family business and she said it was a pretty easy decision to make.

“She jumped right in and took over completely at the first of (last) year — and then COVID hit,” her father said. “She’s really dealt wonderfully with it.”

John Schroeder told the Rome News-Tribune last year that Caleigh is the same age he was when he started the business.

Haney stayed on for a while to ease the transition and help with management issues that Caleigh had not been exposed to during her time on the wait staff.

John still comes in from time to time, to visit with his former customers and offer any help that Caleigh might need.

“I’ve still got a lot to learn from him,” Caleigh said.

Caleigh said the toughest part of taking over the family business was probably learning to order supplies, food and equipment; the things she didn’t do in her younger years.

It didn’t take her long to realize the time commitment that is involved in operating a restaurant.

She said that keeping a small restaurant open during a pandemic has not been easy. She had to completely shut down for about six weeks at the outset and, after reopening, she had to go back to curbside service on occasion late in the fall.

One of the results of the pandemic has been a little more staff turnover than usual.

“I lost quite a few and I’ve brought in quite a few,” she said. “It was very hard for a while to hire people.”

One of the things Caleigh had big plans for in 2020 was a return to more use of the courtyard behind the restaurant.

“We did have one rehearsal dinner out there because it was just a small group,” she said. “I still hope in the future to use it for more than just concerts, to have it open more regularly as just a beer garden type place.”

COVID-19 has thrown a wrench into everything, she said, and her main focus has been on keeping customers and staff safe and healthy. The federal Paycheck Protection Program has helped.

“Navigating the PPP loans and making decisions when to open and close have been difficult, but we’ve made it,” Charles said Wednesday. “We just got approved for a second PPP loan and, if things don’t fall apart completely, we’ll make it.”

The menu hasn’t changed a great deal over the years, with many of the same favorites that appeared on the first menu still mainstays in the kitchen today.

Charles said his brother drew on some influence from vendors that had served him well when he was a chef in a kiosk at the back of the old Shannon’s pub on East First Street.

“He started making nachos in the microwave and did rolls for the basic sandwiches, and started giving them those names like Roast Beef Relief and Salvador Deli,” Charles said.

Caleigh had hoped to tweak the menu after she got into a routine but said that just hasn’t been able to happen.

Charles said that during the anniversary celebration Saturday, the prices will be rolled back to 1980 levels for both dine-in and take out, although not for delivery.