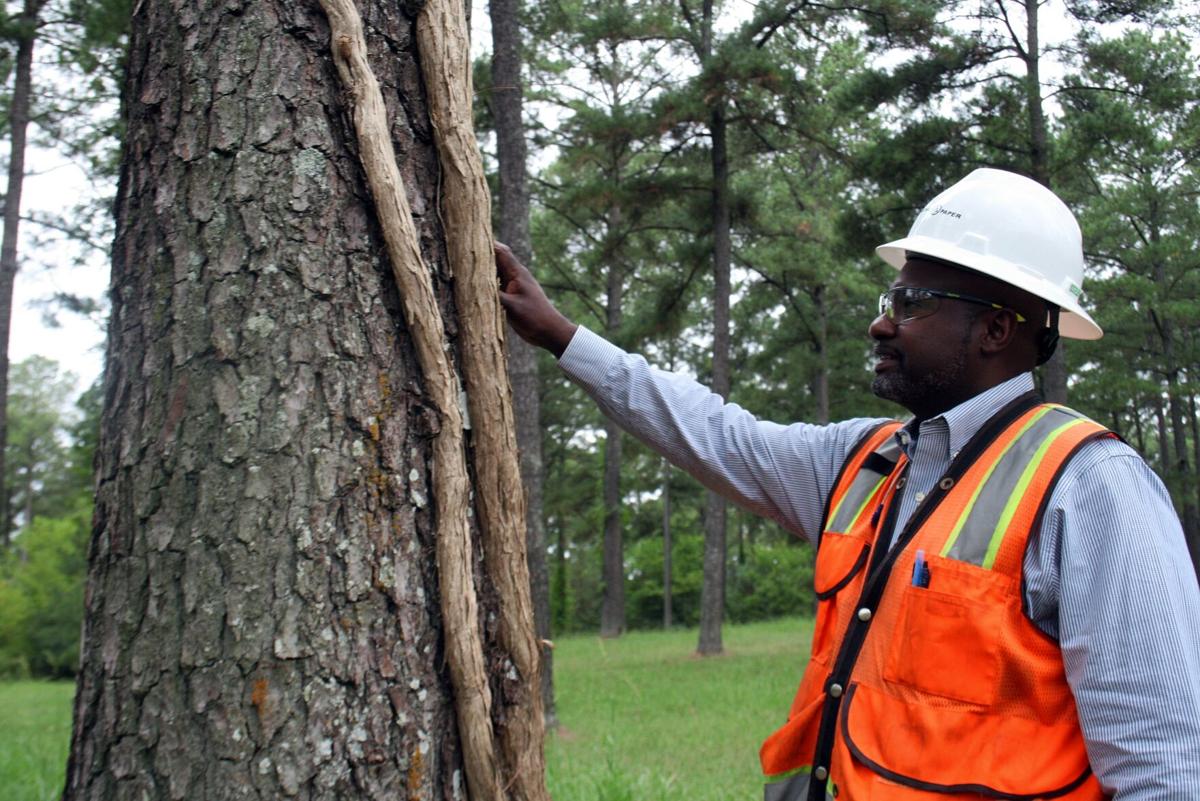 Sustainability of the Southern pine forest is critical to the job of Paper Fiber Supply Manager Alex Singleton, who joined the Rome International Paper mill in July. 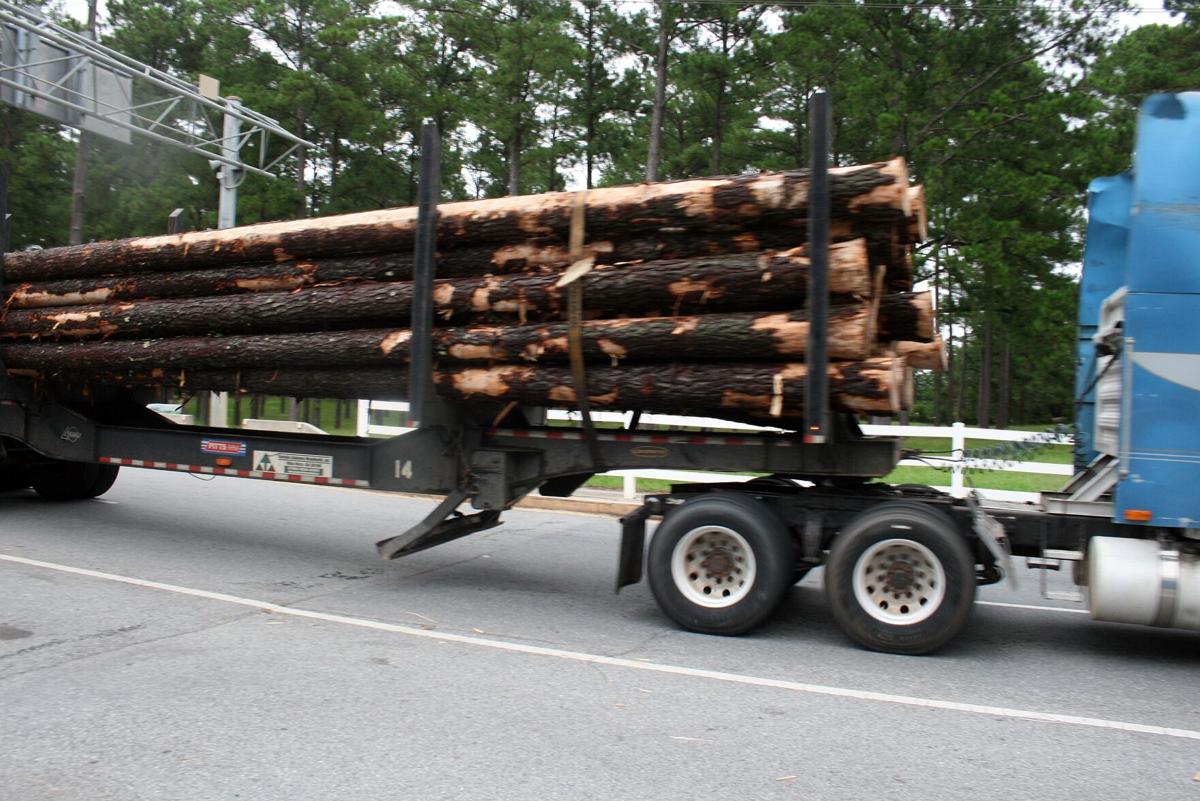 Another load of raw timber heads into the International Paper mill in Rome. 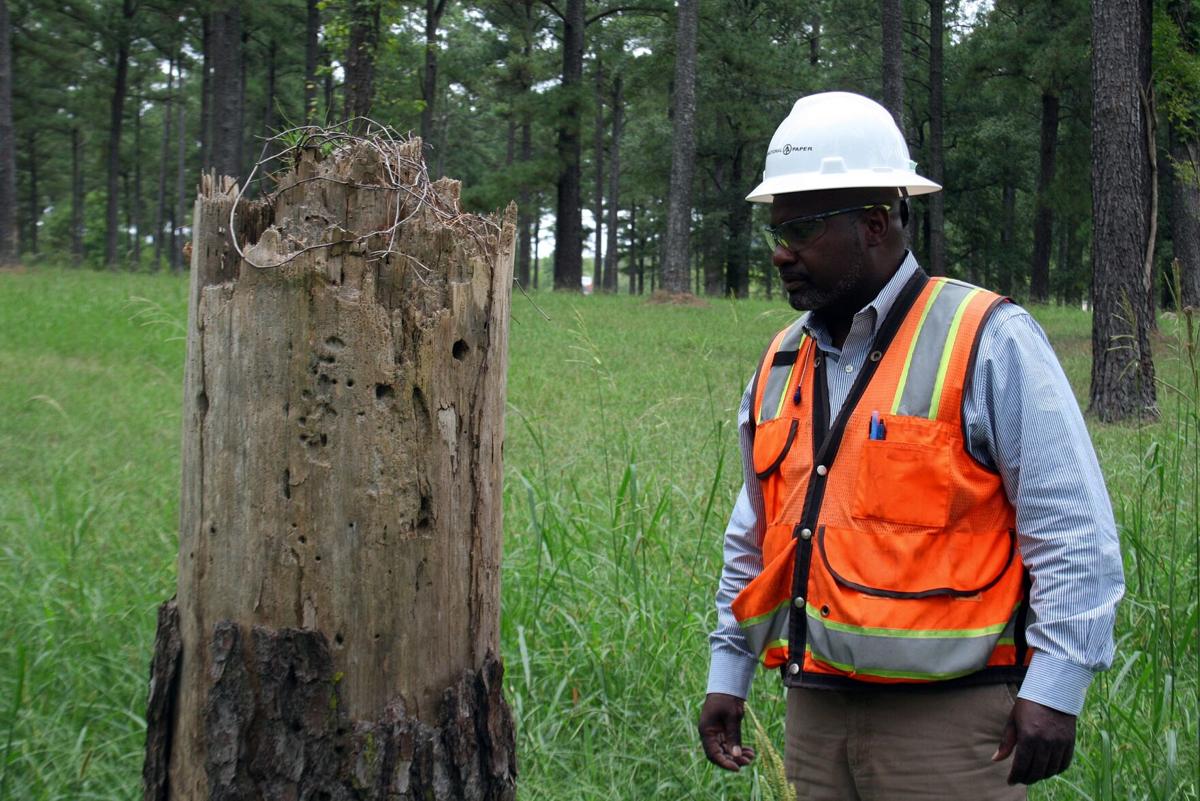 Sustainability of the Southern pine forest is critical to the job of Paper Fiber Supply Manager Alex Singleton, who joined the Rome International Paper mill in July.

Another load of raw timber heads into the International Paper mill in Rome.

Alex Singleton is a fourth generation paper maker, although that was not his plan as a child.

The fiber supply manager at the International Paper containerboard mill in Rome said that — even as he saw his father go daily to a large Westvaco mill in Charleston, South Carolina — he never thought he’d have a career in the forest products industry.

But he’s not only forged a 30-year career. Singleton is one of three “stars” in a documentary produced for the Paper and Packaging Board titled “Paper Makers.”

The documentary focuses on how the paper industry worked hand in glove with nature for decades and on the renewed emphasis on sustainability that is critical to its future.

“Paper Makers” looks at both the philosophy of modern day pulp mills and the best practices that have turned the paper and packaging industry into an advocate for responsible land stewardship and protection of natural resources.

Up to his junior year in high school in Charleston, he had envisioned a career in engineering. His other passion was hunting and fishing.

At the time, Westvaco was offering a scholarship for minority students to enter a career in forestry. He took some of the information about the program and was showing it to a friend in Spanish class when his teacher confronted him about talking and not paying attention.

“When I showed her the paperwork, her face lit up,” Singleton said. “Her husband was a vice president with Westvaco and that scholarship program was his idea.”

She said that if it was something he was really interested in, she was sure her husband could arrange for a tour of the mill.

“I went out and saw a logging job, saw site prep jobs, saw a lot of deer and turkey. And the guy told me the company provided him with a pickup truck — and we saw lots of deer and turkey,” Singleton said. “The guy bought me a really nice lunch and I was hooked.”

Singleton said he is deeply committed to sustainability and dedicated to ensuring the long term viability of both the industry and the natural resources.

“The really cool thing about our industry is that sustainability is critical, always has been,” Singleton said. “These facilities depend on a renewable raw material, the wood fiber, in order to continue making product.”

If the folks that IP purchases wood from are producing the raw product in a manner that is not sustainable, at some point the mills would be forced to shut their doors.

Similarly, Singleton said that the operation of the mills has to be done in a manner that does not harm the environment.

“It’s critical that what we do is both sustainable and responsible,” he said.

At one time most of the major paper and packaging companies owned massive swaths of timber land across the country.

Much of that land has been sold off to real estate investment trusts or timber investment management organizations that are focused on being sustainable producers because that is how they make their money.

Timber for the containerboard plant in Rome comes from land within a radius of approximately 130 miles.

“Most of our wood is sourced due south and a little bit to the east until we bump up against metro Atlanta,” Singleton said. “Then we go back into Alabama.”

The mill wood comes from a cross-section of small, medium and large timber property owners.

“We are a viable market for their forest products so we help create an economic incentive for them to sustainably manage their forests,” Singleton said.

The balance is underscored in a press release for the documentary.

“For generations, our mill workers and foresters have protected the natural resources they’re charged with. The industry gives back more than it takes and helps manage forests and the ecosystems that depend on them,” said Mary Anne Hansan, president of the Paper and Packaging Board.

“Trees are our planet’s only fully renewable resource. The paper and packaging industry’s environmental practices are inherently designed to protect and cultivate this vital circular system,” she said.

Leaders across the forest products industry have long stated that they plant at least two times as much wood as they harvest annually.

Singleton said they have to take into account some natural mortality. Most producers do some initial thinning when a new stand of timber reaches about 15 years of age. That may take out half the trees that were originally planted.

“That sets up the young forest to continue to be healthy and generates an income stream for that landowner very early in the life of the rotation,” Singleton said.

The shifting nature of the American economy has put the Rome International Paper plant is a strong position for success.

“As a product line, it’s really sound with the e-economy and folks purchasing more and more goods online. I would say the future is very bright for Rome,” Singleton said. “The mill right now is running very well.”

IP Regional Communications Manager Jenna Guzman in Rome said the company keeps an eye on every step of its value chain.

“This means we work both within our mill as well as with suppliers, customers and our communities to operate sustainably,” Guzman said.

The company adopted a Vision 2030 series of goals that include healthy and abundant forests, thriving people and communities, sustainable operations, and renewable solutions, she said.

“We are committed to lead responsible forest stewardship by sourcing our fiber from sustainably managed forests or recovered fiber while safeguarding forests, watersheds and biodiversity, as well as conserve and restore 1,000,000 acres of ecologically significant forestland,” said Guzman.

The end product from the Rome mill is also sustainable and recyclable. Paper products are currently being recycled nationally at a rate of better than 65%.

Readers can see Singleton in the documentary at HowLifeUnfolds.com/paper-makers.