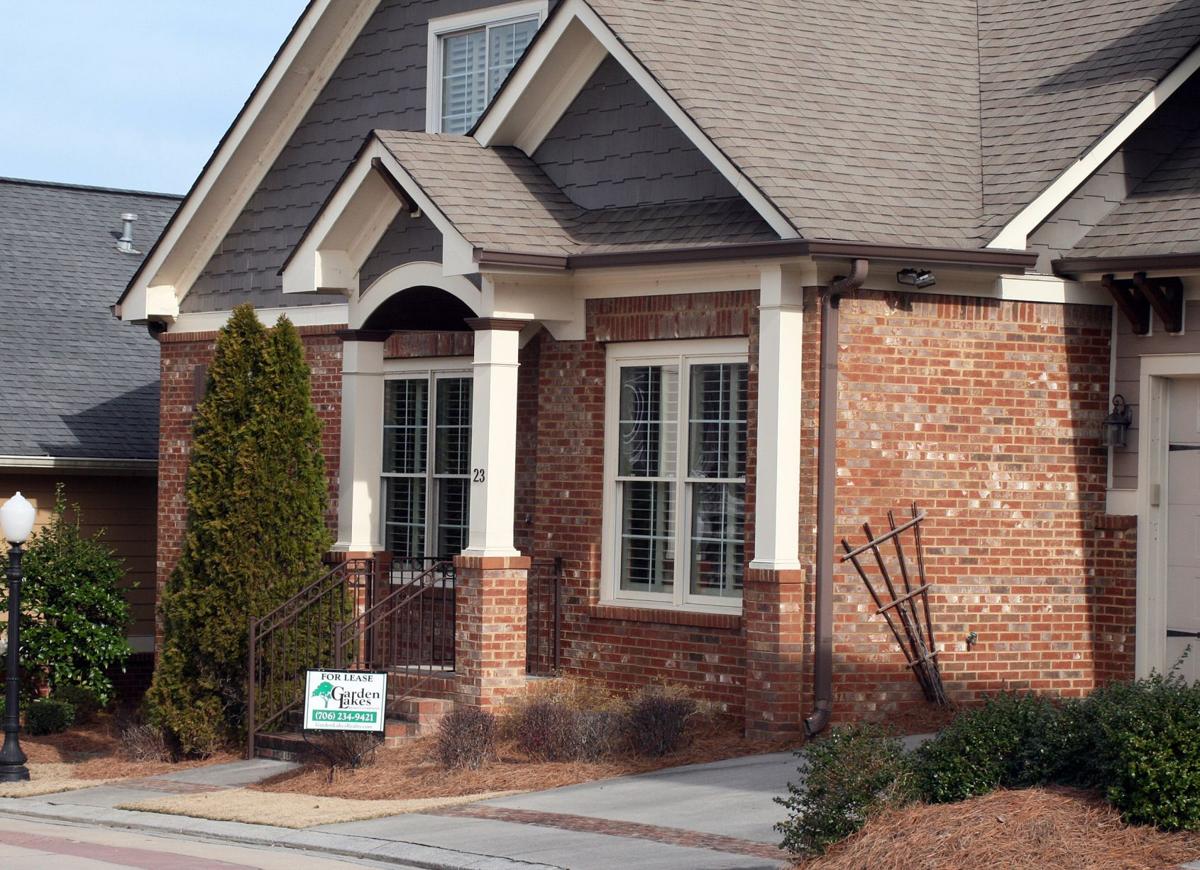 This townhouse on Pear Street in the Between the Rivers District downtown is currently on the market for lease. 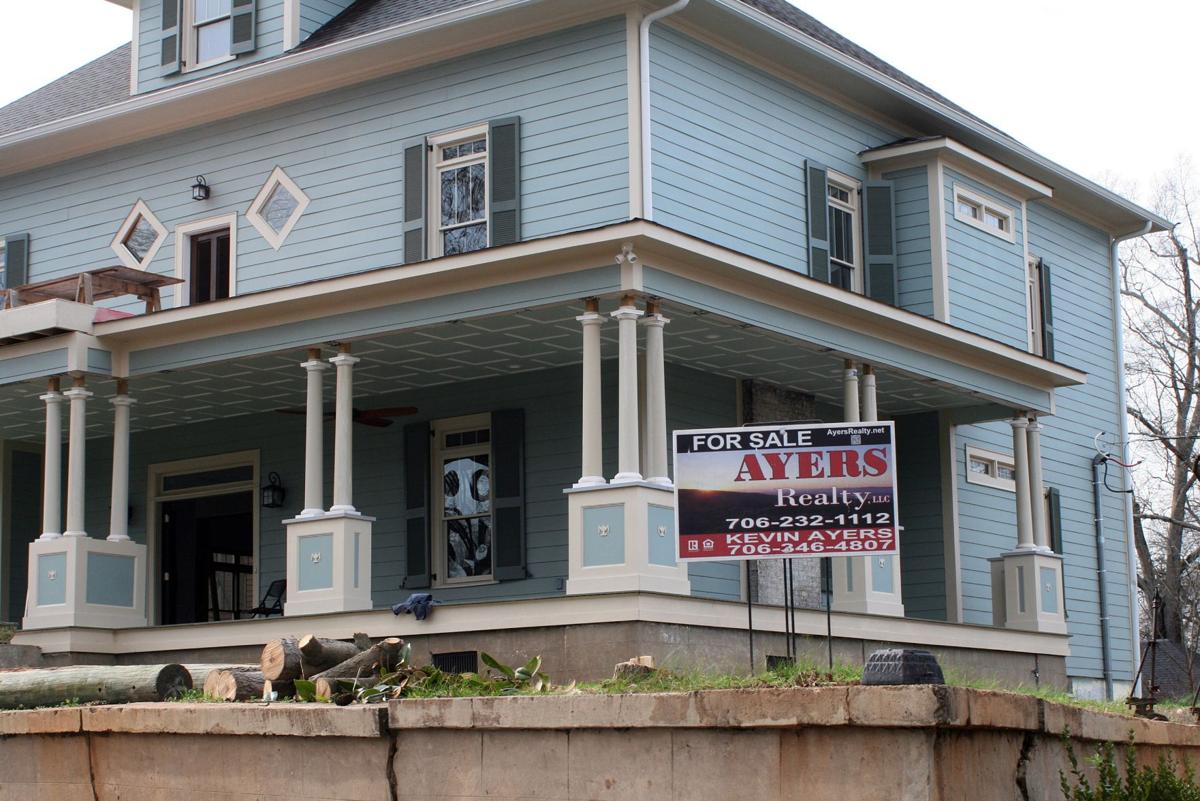 This rebuild of the historic Hillyer Home on Coral Avenue is still on the market for $950,000. 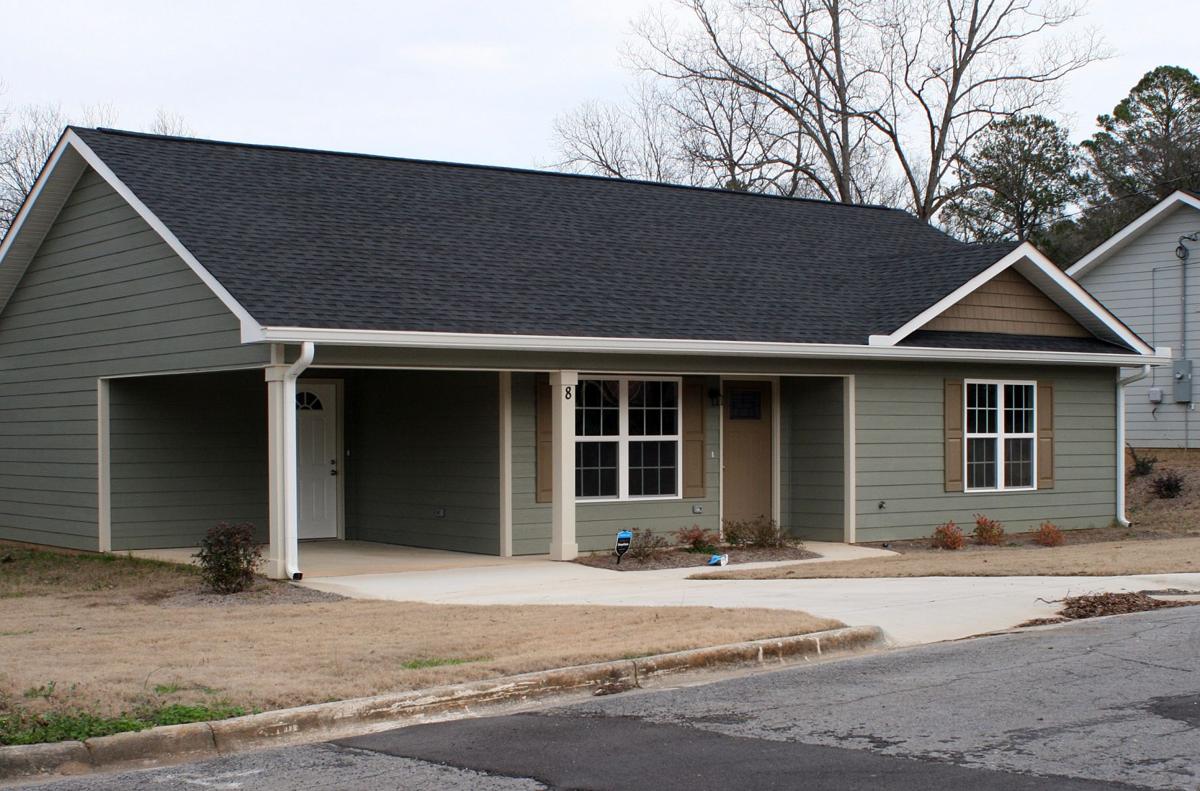 This is the last of four homes on Pollock Street in South Rome built by the city and South Rome Redevelopment Corp. The agencies are using grants to keep purchase prices under $100,000. 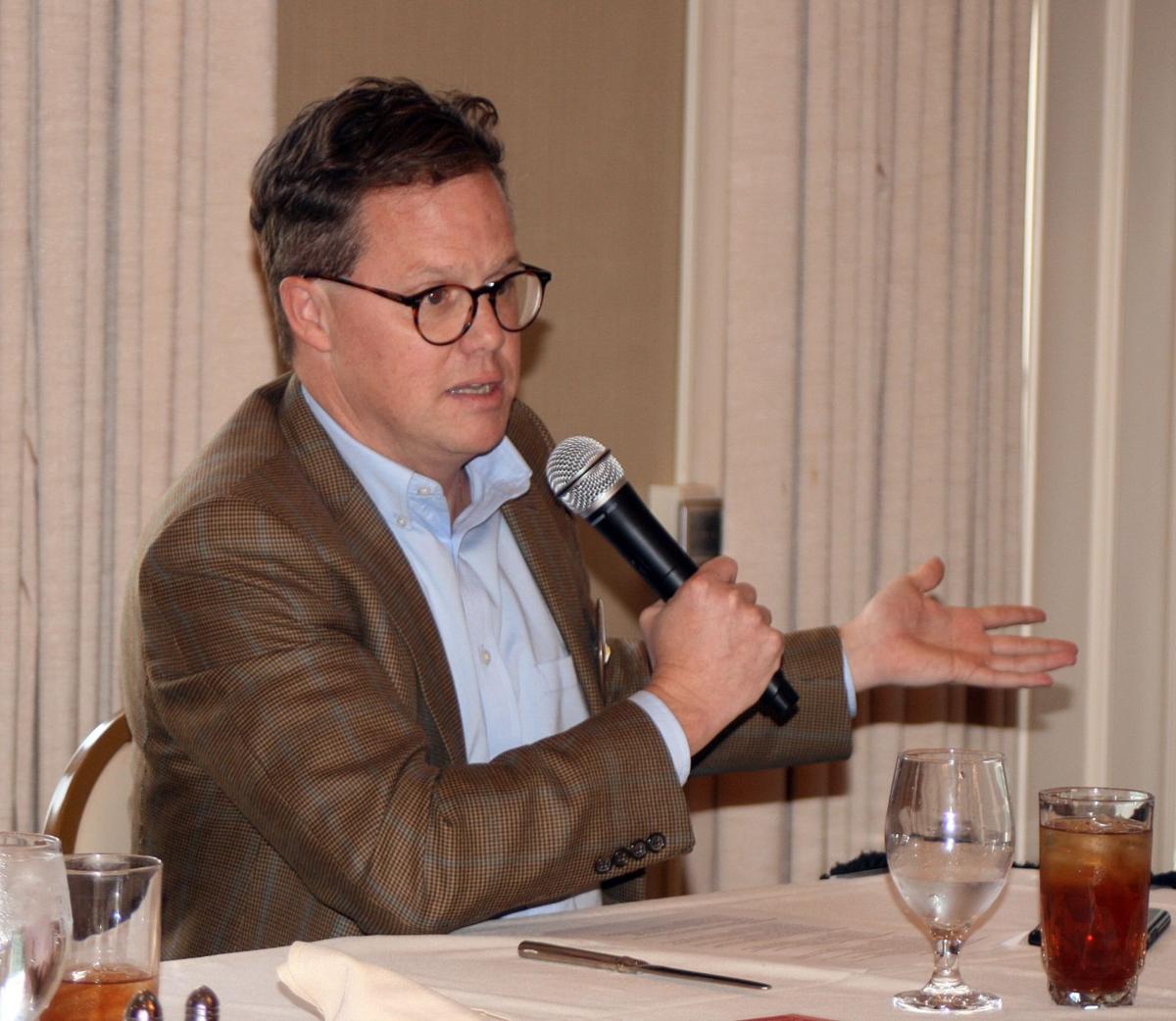 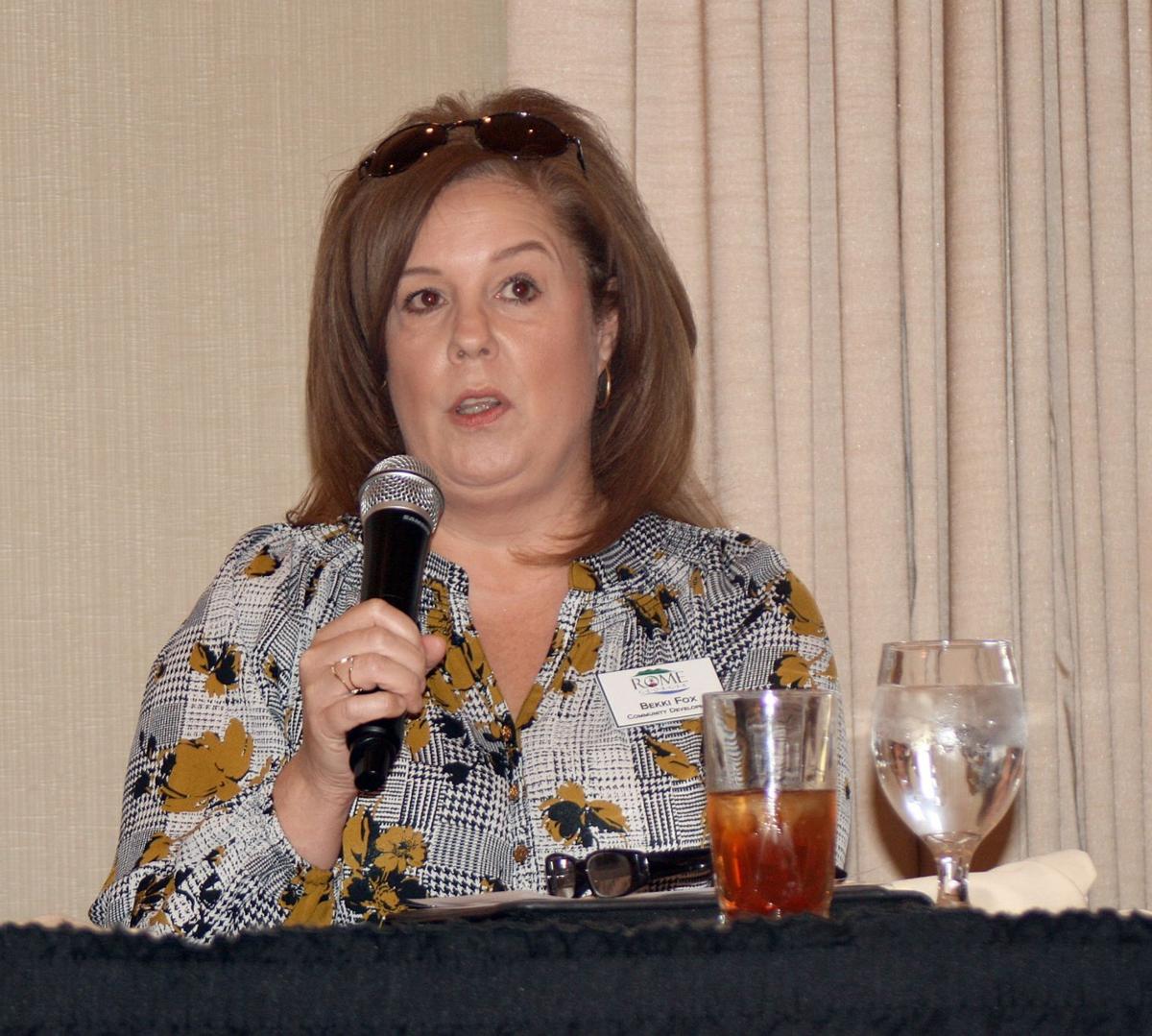 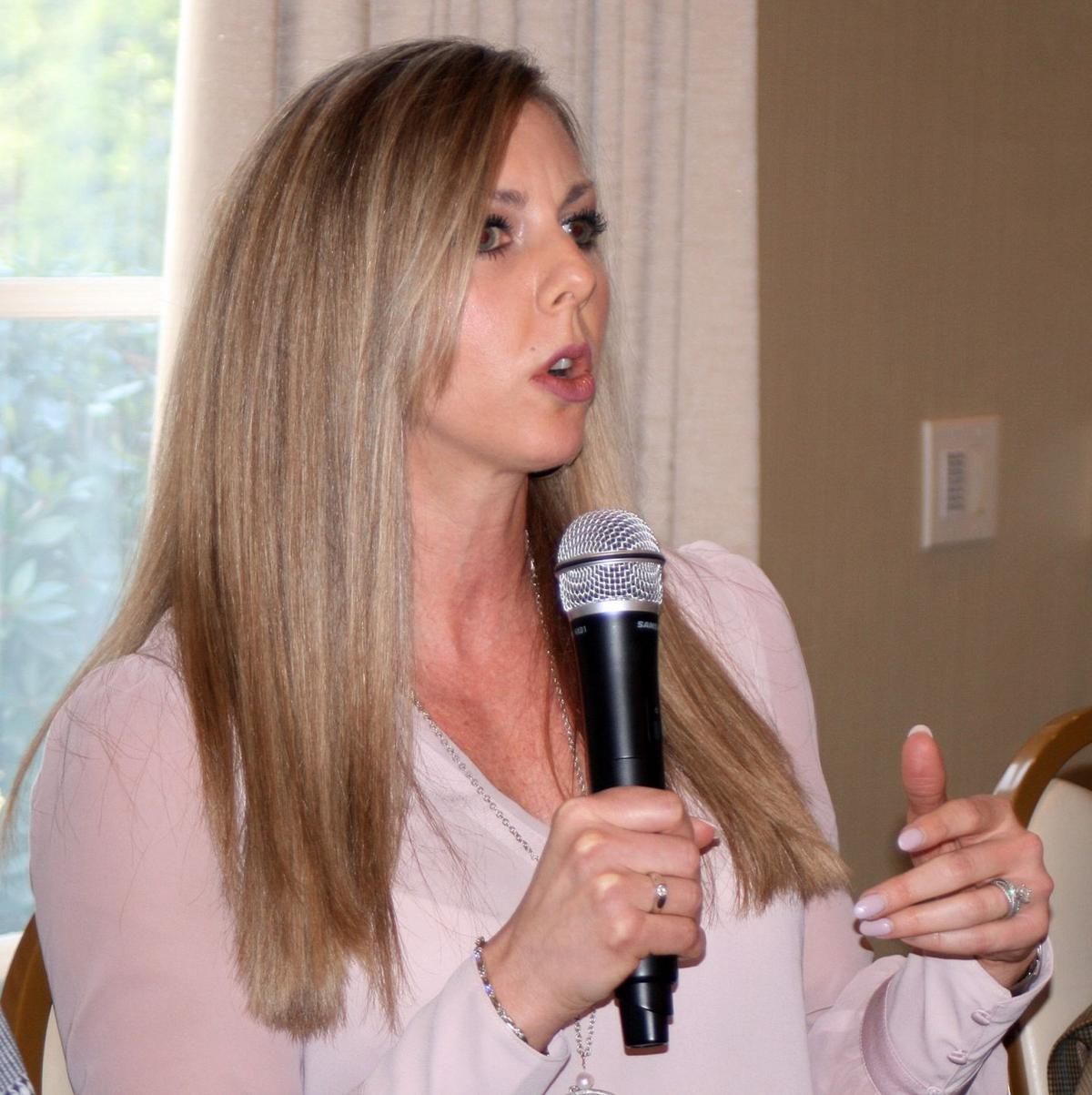 This townhouse on Pear Street in the Between the Rivers District downtown is currently on the market for lease.

This rebuild of the historic Hillyer Home on Coral Avenue is still on the market for $950,000.

This is the last of four homes on Pollock Street in South Rome built by the city and South Rome Redevelopment Corp. The agencies are using grants to keep purchase prices under $100,000.

Rome’s tight housing market will be the focus of a major summit led by local economic developers next month. This past Thursday, the Rome Rotary Club sought a greater understanding of the local market and brought in a panel of experts to talk about the issues that impact housing.

Kerr said homes in that price range typically sell pretty quickly, but anything above $500,000 is likely to stay on the market a lot longer.

Fox said the city has been trying to fill in the gap with single-family housing in the sub-$100,000 range, constructing 35 single-family homes over the last two decades, primarily in South Rome.

“The reason that the city got into the business is because there wasn’t anybody else doing it,” Fox said. “I’m sure there are (speculative) houses being constructed now but they are certainly not in the under-$100,000 range, which is where we try to stay.”

Fox said the key to the program is that borrowers have to be creditworthy and meet the income requirement, which is no more than 80% of the area median income. For a family of four, that’s $47,850 in total family income. For a single person, the income limit is $33,500.

“If they make $1 over the established HUD limits, we can’t help them,” Fox said, referring to the U.S. Department of Housing and Urban Development.

The city has to hold to those income limits because the initial funds that enabled the city to build the new homes came from grant money that flows from HUD through the Georgia Department of Community Affairs. As homes are sold, the money goes back into a revolving fund to build more homes.

The city has partnered with the South Rome Redevelopment Corp., which has provided property for several of the more recent home projects. The city of Rome provides water and sewer taps at no cost to the potential home owners.

“There’s not a developer in town who can do what we do for the cost,” Fox said.

She said there’s one house currently available on Pollock Street and they’ll soon break ground with the SRRC for four additional homes. Three of them will be in South Rome and the fourth will be their first in North Rome.

Fox said the city has its eye on a piece of property in West Rome and if it is able to strike a deal, plans to build four additional homes in West Rome.

Helms said the current mortgage market is very promising for all but people with bad credit.

“If you have good credit, there is anywhere from 100% financing. You don’t have to have a 20% down payment to get into a house; there are many programs that offer low or no down payment,” Helms said. “Currently mortgage rates are below 4%.”

She said analysts with Freddie Mac and Fannie Mae — the Federal Home Loan Mortgage Corp. and Federal National Mortgage Association — are predicting rates to stay flat through the end of the year.

Helms said the biggest challenge for first-time home buyers is from a credit perspective.

“Not having established any credit,” Helms said. “The millennial generation has gotten the message from their parents and grandparents about overextending themselves on debt — but they’ve gone way in the other direction, so they don’t have credit card debt, they don’t have a car loan or any kind of payment (history).”

She said lenders need to be able to see some sort of credit responsibility, even if on a small scale, before purchasers try to get into a house.

Rome and Floyd County is not traditionally a market where large-scale subdivisions pop up, according to Kerr. He said that local builders usually have constructed one or two units at a time.

However, some subdivisions filling in along Old Dalton Road and out in West Rome are falling into the $150,000-and-up range. Many of those are being done by out of town developers.

“The cost of home building has gone up since the recession. A lot of builders lost their business in the recession, but we’re seeing more come back now as part of an uptick,” Kerr said.

“If someone has land and they are able to do a construction loan at up to 90% financing to build the house they need in the area they need, that’s what a lot of people are turning to now if they are unable to find the house that they need,” Helms said.

A Choice Neighborhood grant recently received by the Northwest Georgia Housing Authority will, hopefully, make a difference in the East Rome community between East 12th Street and the U.S. 27 South overpass. Fox said the grant, $1.25 million, will facilitate planning for a residential and commercial transformation in the East Rome area.

Kerr also told the civic group that the rental market mirrors the sales market in a lot of ways.

“At one time if you were renting in the $700 range, it might have been cheaper to buy a home. But since the inventory has shrunk, that means they’re having to stay in rentals,” Kerr said. “On the higher end, above $2,000 a month, it’s a little more challenging to find tenants.”

New rental apartments that have been built in South Rome filled up very quickly, in spite of what many perceived as a negative stigma with respect to South Rome.

“That alone says there is a huge shortage of rental space,” Fox said.

She also pointed to the difficulty that many Section 8 Housing Choice voucher recipients have in finding rental units anywhere in the city.

The Feb. 20 housing summit will be held at the Rome Civic Center. Will Johnston, executive director of the MicroLife Institute, a 501(c)3 nonprofit in Atlanta, will be one of the primary speakers. MicroLife strives to connect thought leaders and professionals to facilitate development of walkable, sustainable communities.

The summit will be for invited community officials only.