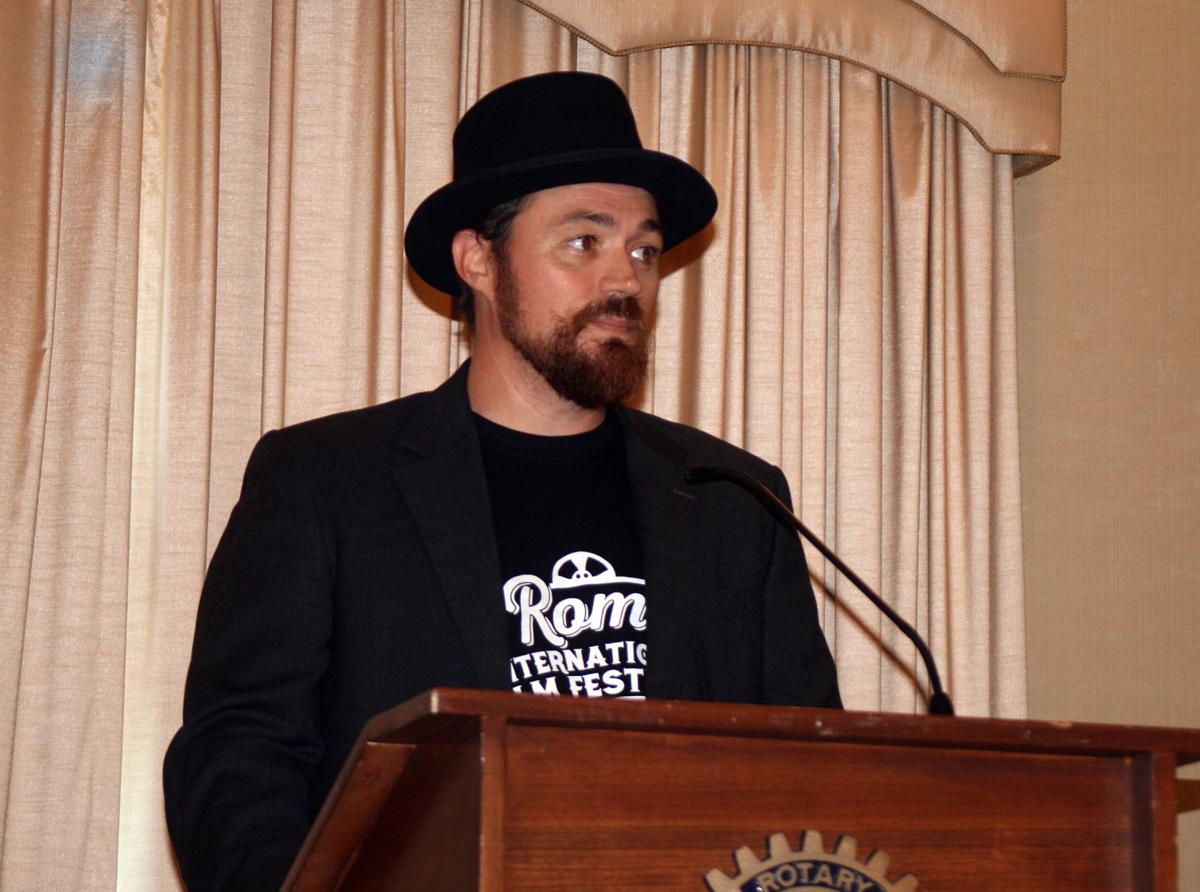 Seth Ingram, entering his fifth year as executive director of the Rome International Film Festival, Nov. 6-10, told Rome Rotary Club members Thursday he believes the event can be a real economic development tool for the community. 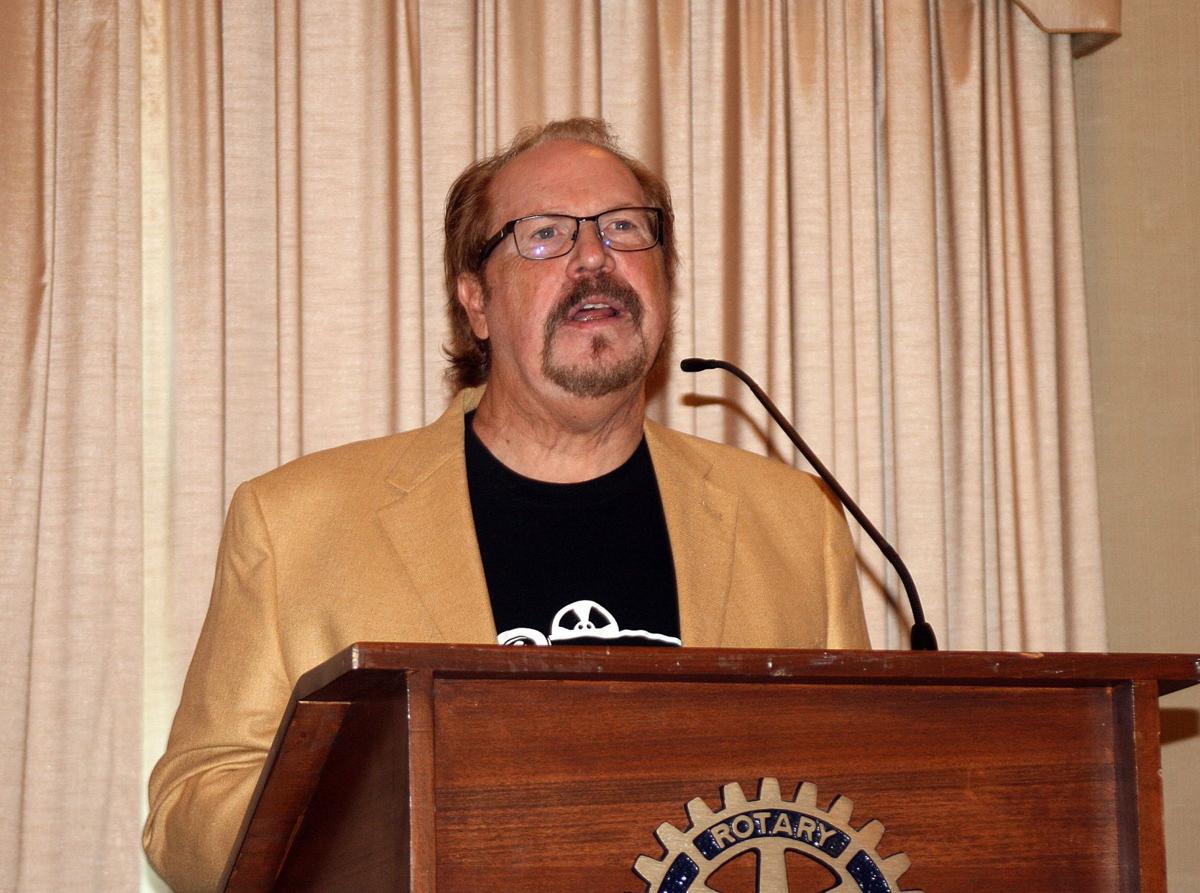 Doug Collins, a founder of the Reno Film Festival in Nevada, is now development director for the Rome International Film Festival. He is hoping that increased local support for the festival in November can lead to even bigger grants to help grow the festival. 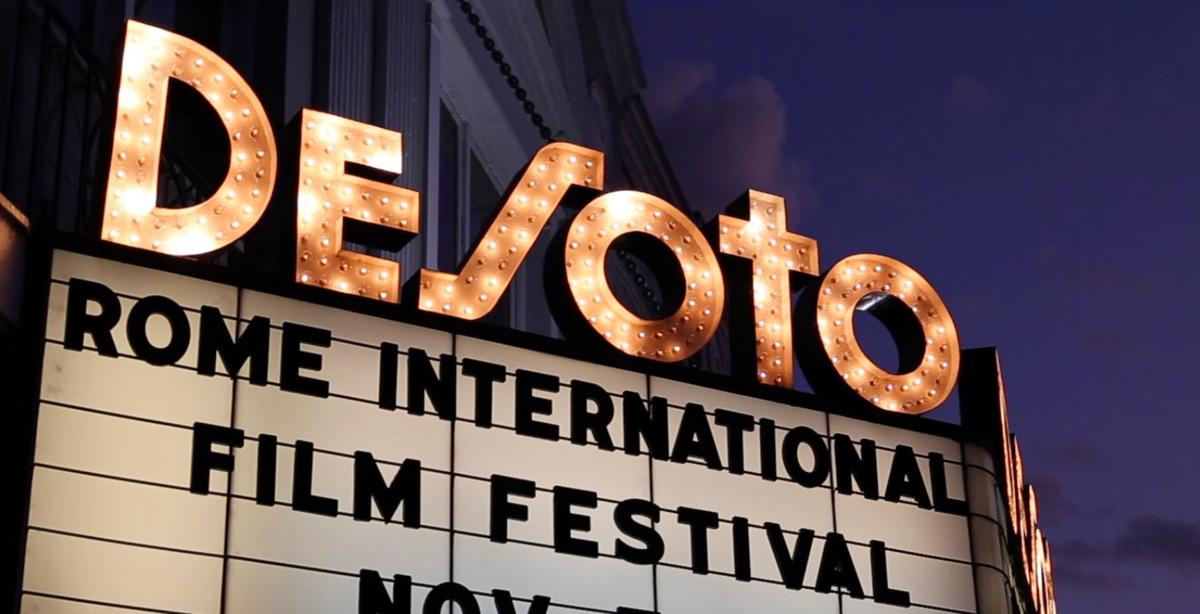 Seth Ingram, entering his fifth year as executive director of the Rome International Film Festival, Nov. 6-10, told Rome Rotary Club members Thursday he believes the event can be a real economic development tool for the community.

Doug Collins, a founder of the Reno Film Festival in Nevada, is now development director for the Rome International Film Festival. He is hoping that increased local support for the festival in November can lead to even bigger grants to help grow the festival.

An evening at the movies has always been a great escape from the grind of daily life. This November, Rome will have another opportunity to celebrate the allure of the silver screen when the Rome International Film Festival brings together films and filmmakers from around the world to the city for the 16th consecutive year.

Executive Director Seth Ingram, now in his fifth year at the helm of the festival, believes it can be an economic development driver for Rome if the community gets involved with the festival on an even larger scale.

“There are people around town that haven’t heard of it,” Ingram said. “There have been scores of visitors to the city for days of films, educational opportunities, exclusive events and let’s not forget the parties.”

“If RIFF and Rome play our cards right there’s a real opportunity to further transcend the film and entertainment industry and play an even larger role in economic development,” Ingram said. That hinges on community support for what he categorized as one of Rome’s best recruitment events for the year.

Ingram and others within the RIFF leadership circle admit they haven’t done quite as good a job of measuring the economic impact of the festival on the community as they could have over the years. However, they estimate the impact at close to half a million dollars in 2017 when the late Burt Reynolds was the special guest to celebrate the 40th anniversary of “Smokey and the Bandit.”

Ingram said one of the reasons it is imperative for the community to get behind RIFF is when it comes to seeking grants from outside groups, the ability to show the local community is behind the festival is critical.

If local companies can coordinate efforts to bring top prospects, new potential hires and rising college graduates to town during the festival, it’s an easy way to convince them that Rome is a great place to be.

“This would give venture capitalists, site selection consultants and other influential individuals the benefit of having personal insights and experiences in Rome,” Ingram said.

The Rome International Film Festival is currently a five-day event, but Ingram said it could easily grow to a week or 10-day event in the future.

“The bigger we get, the more people attend films, the more that economic impact is,” Ingram said.

Jesse Bishop, president of the RIFF Board of Directors, said the festival usually draws close to 50 filmmakers, some from as close as Atlanta, others from as far away as Malta.

“Those are the folks who drive the tourism dollars in terms of the hotels, the restaurants, the other services in Rome and Floyd County,” Bishop said. When they go home and talk about their experience in Rome, it usually leads to more entries in future years.

The festival draws films that have been made on virtually no budget to upwards of $20 million. It depends on the level the filmmaker is at when they make the film, Ingram said.

Close to 700 entries are being reviewed for the 60 to 80 that will actually be screened over the course of five days.

Ingram said it’s not unusual for filmmakers to meet in Rome and wind up collaborating on new projects.

For the filmmakers, RIFF provides an opportunity to screen their film in front of a wealth of like-minded folks who work in the industry.

“They bring folks with them — the art directors, folks who are working behind the scenes on various projects. There is a lot of networking that happens,” Bishop said.

Doug Collins, who with his wife Dianemarie Collins, founded the Reno Film Festival in Nevada, moved to Rome in March and is now development director for the Rome International Film Festival. Next year he’s planning to go after some real big fish in terms of support for the festival. Dianemarie Collins is the film festival’s publicist.

This year the RIFF leadership is taking steps which could bring even more visitors to Rome as the festival will feature more educational programming and more prime-time screenings from Nov. 6-10 than ever before.

One of the stated purposes of the Rome International Film Festival is to promote cultural tourism while at the same time enhancing the development of the film industry.

Rome has certainly seen its share of Hollywood types through the years, from the relatively lengthy stay of crews during the production of “Sweet Home Alabama” to somewhat shorter stays for scenes in “Mosquito Coast,” “Remember the Titans,” “Need for Speed” and more recently Clint Eastwood’s “The Mule.”

For all of the major studio films, there have been even more of the independent, what some might refer to simply as low-budget, movies. Rome has become a favorite for filmmakers in the horror genre, films such as “All Hallows Evil: Lord of the Harvest,” “Dance of the Dead” and “Apparition Point.”

The Rome International Film Festival is initiating a new student-focused academy that will offer prospective moviemakers with a chance to learn more about the industry from a cross-section of experts including directors, actors, set designers, crew members and more.

RIFF received a grant from the Rome Area Council for the Arts for the student-only workshops and screenings for RIFF Student Scholars from Nov. 6 through Nov. 8.

This year, students will have a chance to compete in the first RIFF Student Film Contest.

“We’re playing the long game now in terms of helping to grow Rome because we’ve expanded the educational programming so much,” Bishop said. “Those are the folks that are going to be the next generation of filmmakers who are going to remember Rome and bring their films.”

Protests hammer US cities struggling to recover after lockdown

Sideline Chatter: What are chances that buying it turns you into hunka hunka burning love?

49ers negotiations with George Kittle might be tougher than anticipated