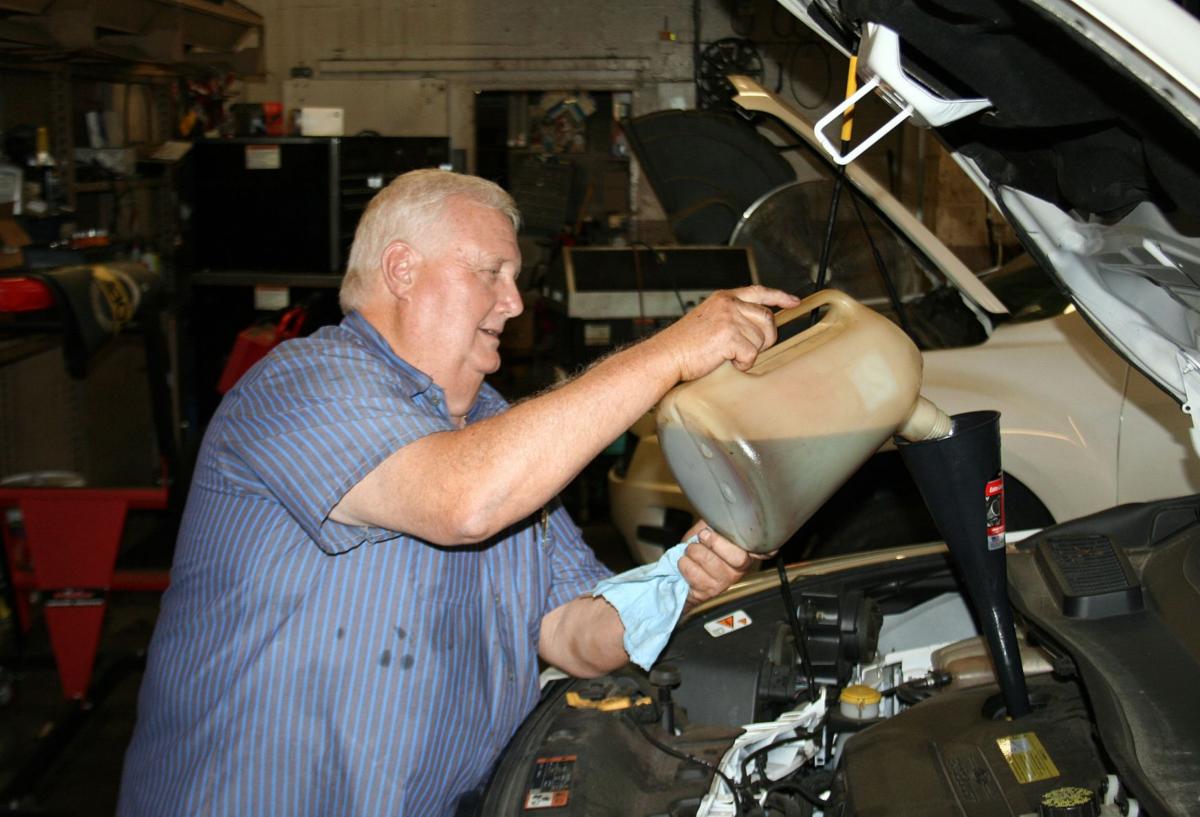 Oil changes are one of the most frequent service calls at Ratliff’s Service Center, 610 Broad St. Dennis Ratliff has operated the full-service service station since 1976. 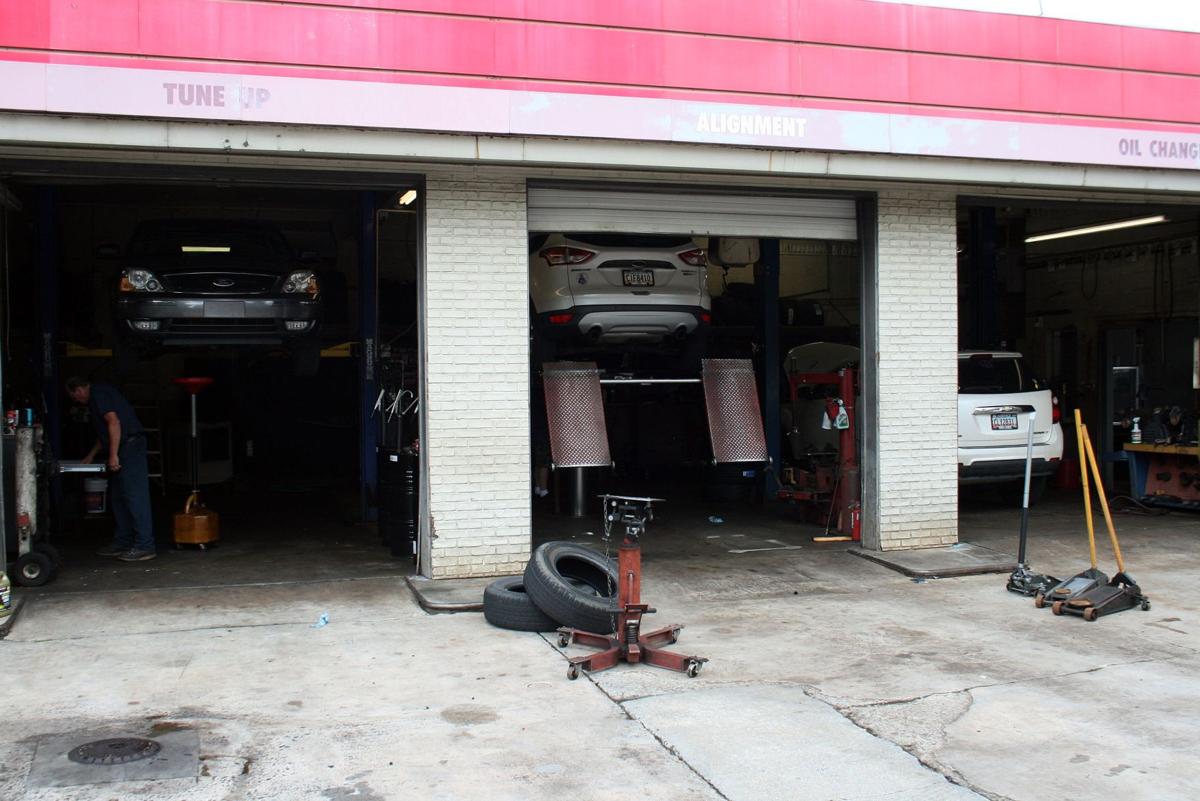 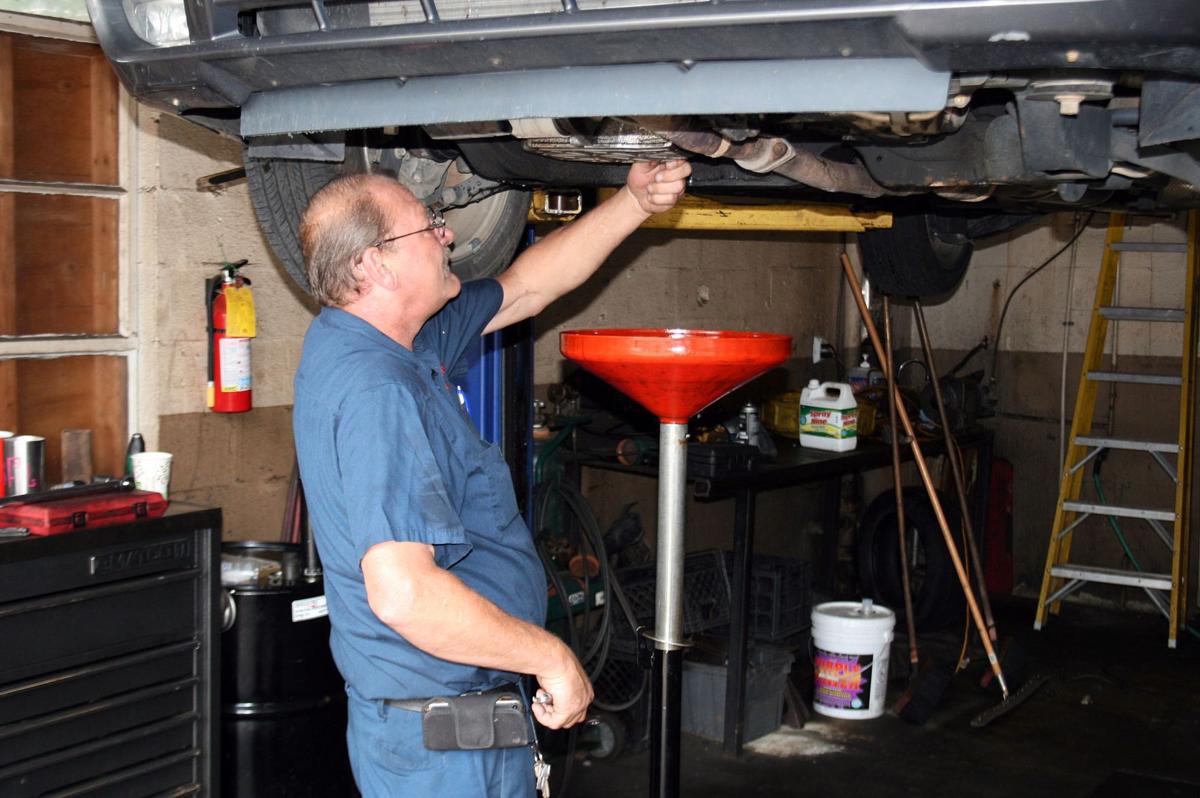 Mechanic Steve Fortune gets ready to pull the plug to start an oil change at Ratliff’s Service Center in downtown Rome. 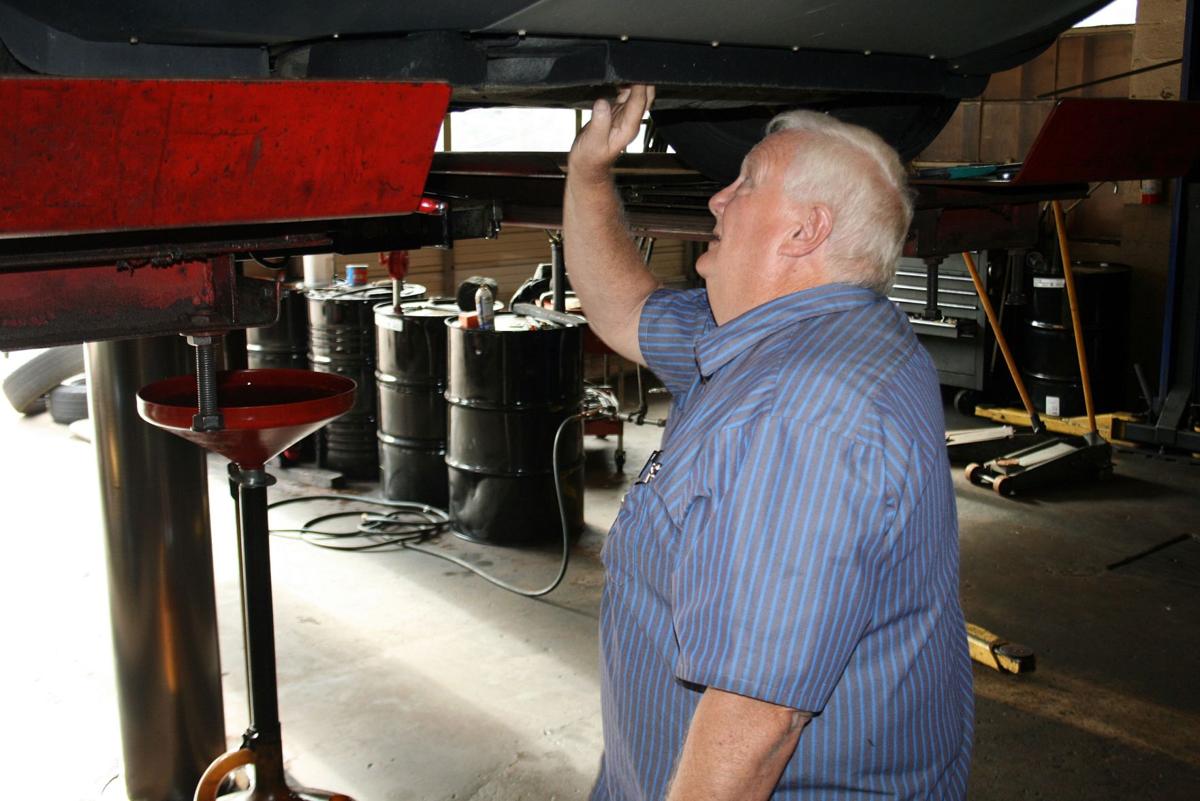 Dennis Ratliff checks the engine of a car in his shop at the corner of Broad Street and East Seventh Avenue. 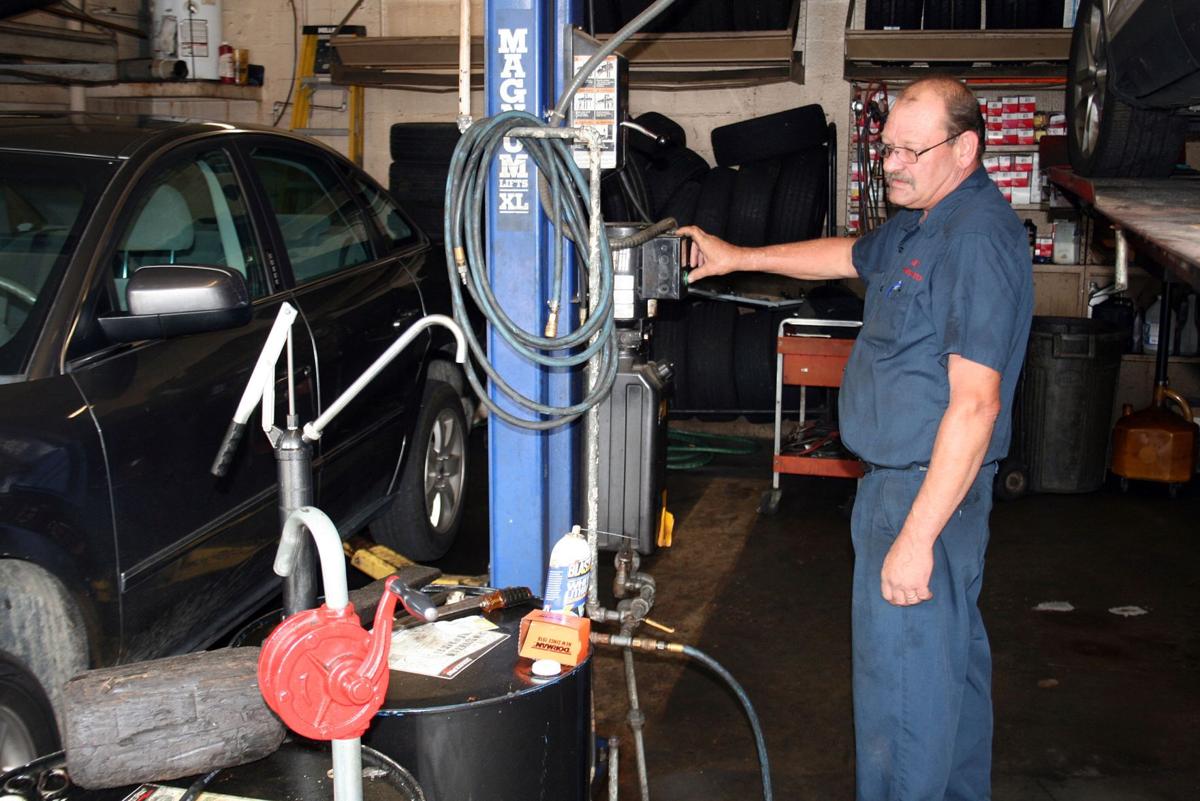 Steve Fortune readies a lift machine at Ratliff’s Service Center so he can get up under a vehicle for an oil change.

Oil changes are one of the most frequent service calls at Ratliff’s Service Center, 610 Broad St. Dennis Ratliff has operated the full-service service station since 1976.

Mechanic Steve Fortune gets ready to pull the plug to start an oil change at Ratliff’s Service Center in downtown Rome.

Dennis Ratliff checks the engine of a car in his shop at the corner of Broad Street and East Seventh Avenue.

Steve Fortune readies a lift machine at Ratliff’s Service Center so he can get up under a vehicle for an oil change.

Peering up the underside of an automobile is something most people would rather not have to do. Nowadays, that’s just about all Dennis Ratliff does. And he’s just fine with that.

Ratliff has been in the service station business since 1976. You read that right. Service station. Some folks used to call them gas stations or filling stations, but for Ratliff it truly is a service station. In fact, the name of the business is Ratliff Service Center, 610 Broad St.

Aside from a few years right after high school when he went to college, he’s been under somebody’s hood his whole life.

Ratliff, who lives up in the Shannon area, actually started out in 1976 with a station in Adairsville. He moved to Rome in 1983 with a station in the 1100 block of Shorter Avenue. Four years later he moved to the corner of North Broad Street and Turner McCall Boulevard. After five years at that location, he moved a couple of blocks to the site on Broad Street downtown where he has served the community since 1992.

Aside from the fact that he is one of a small handful — you’d be hard-pressed to even call it a handful — of service station operators in the area, Ratliff said the times, and motor vehicles, have changed dramatically over the years.

“It used to be I would need a half-inch or 9/16 wrench, a screwdriver and a dwell meter and I could do just about everything I needed to do,” Ratliff said. “Now it takes thousands of dollars of equipment to work on them.”

He doubts that many of today’s younger mechanics know what a dwell meter is. (It’s a tool used to adjust the points in an engine.)

Ratliff and his longtime coworker Steve Fortune both say that automobile engines are now so crammed into automobiles that it makes it pretty difficult to work on them.

And what’s the toughest challenge he faces after more than four decades in business?

“Staying up with technology in automobiles,” was Ratliff’s response.

He takes online classes a couple of times a year and has a network of repair shop owners that he can call on to assist him with diagnosing problems.

Fortune said it seems like assembly lines have changed over the years.

“They used to build the car and set the motor down in it,” said Fortune “Now it seems like they put together the engine and build the car around it.”

He said the engines are packed under the hood tightly and surmised part of the reason for that was the automakers want all of the repair work to go back to the dealerships.

“If you have good people and good mechanics, people will come,” Ratliff explained. “Steve has been with me for 33 years. It’s just me and him now.”

“If I had to supply insurance for them it would have just about been impossible,” Ratliff said.

His most frequent jobs now involve oil changes and work on braking systems.

“And in the summertime it’s the air conditioning,” Fortune added.

A tune-up used to be a pretty routine procedure. Now, Fortune said, it’s one of the most challenging jobs that he is called on to do on a relatively routine basis.

“Most of your SUVs and trucks, it’s just about impossible to get to those things,” Fortune said. “Everything is electronic, so that’s just more stuff to mess up.”

When you’ve been in business for more than four decades, you build a solid client base. Ratliff estimates 90% of his business is repeat business and said he’s been working on vehicles for some of his customers for 40 years.

“I still get new customers,” Ratliff said. “I’ve got one in here (Wednesday), but most of the time it’s repeat stuff.”

Environmental issues have also played a big part in changes made to both vehicles and the operation of his facility. Ratliff said it used to be that he would get paid by someone who would come in and take away his used oil. Now he has to pay to have the spent oil tank pumped out.

“That’s why I had to add a small environmental fee onto my oil changes,” Ratliff said.

Ratliff managed to survive the onset of the COVID-19 crisis but the virus did take its toll.

“It cut my business probably 80% the first three weeks,” Ratliff said. “We could have done what we had by 10 a.m. and gone home for the rest of the day, because everything around here was shut down.”

Both Fortune and Ratliff said they could not imagine doing anything else.

“I feel like I’m accomplishing something on a daily basis,” Fortune said.

“A pleased customer, that’s the most rewarding thing,” Ratliff said. “But sometimes the next day I’m wondering why do I keep doing it.”

Calypso Reports Growth of 40 Percent in 2020