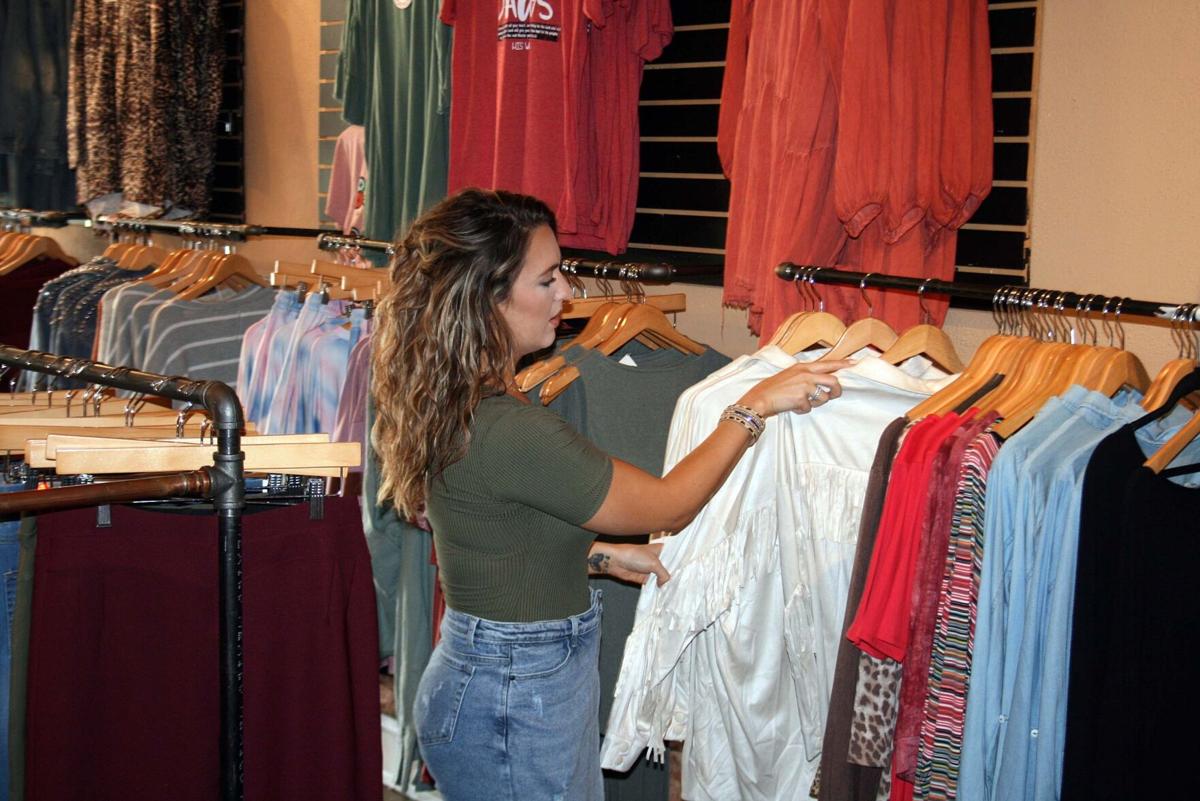 Tatum Grady checks out some of the new merchandise in her Blooming T’s women’s boutique, 6 Alabama St., in Cave Spring. 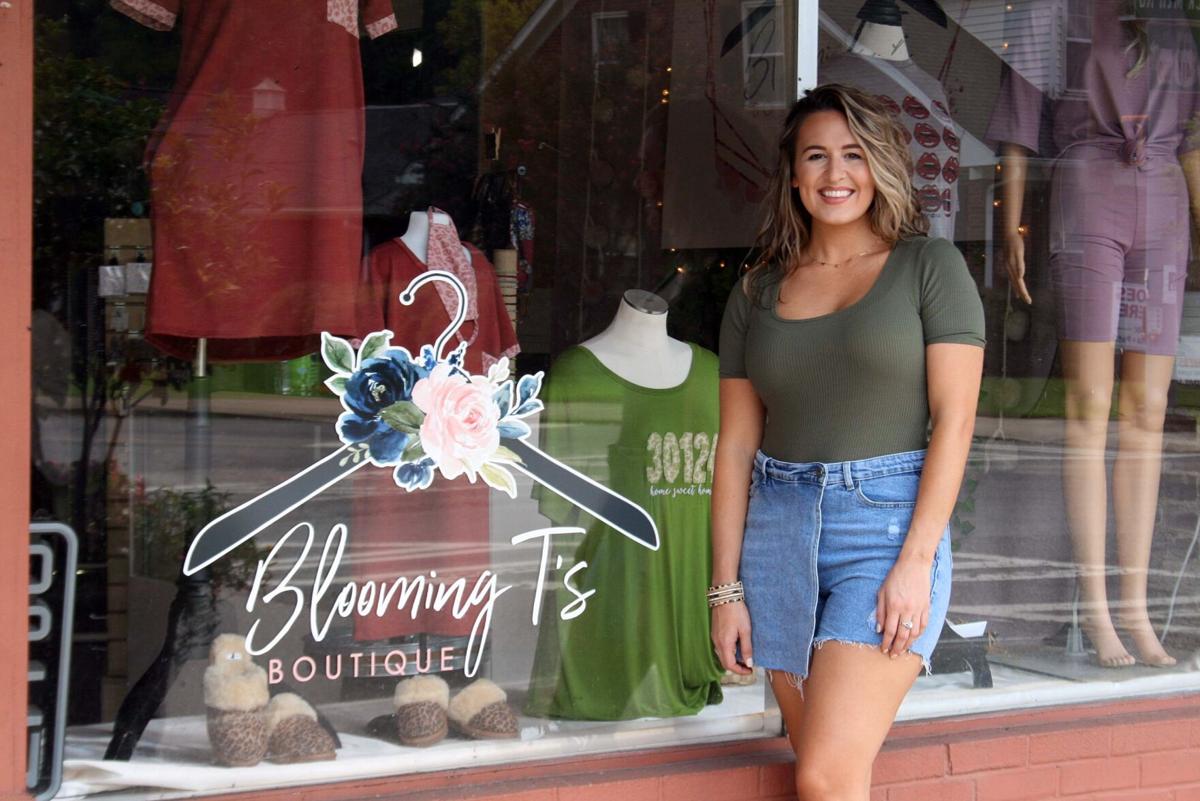 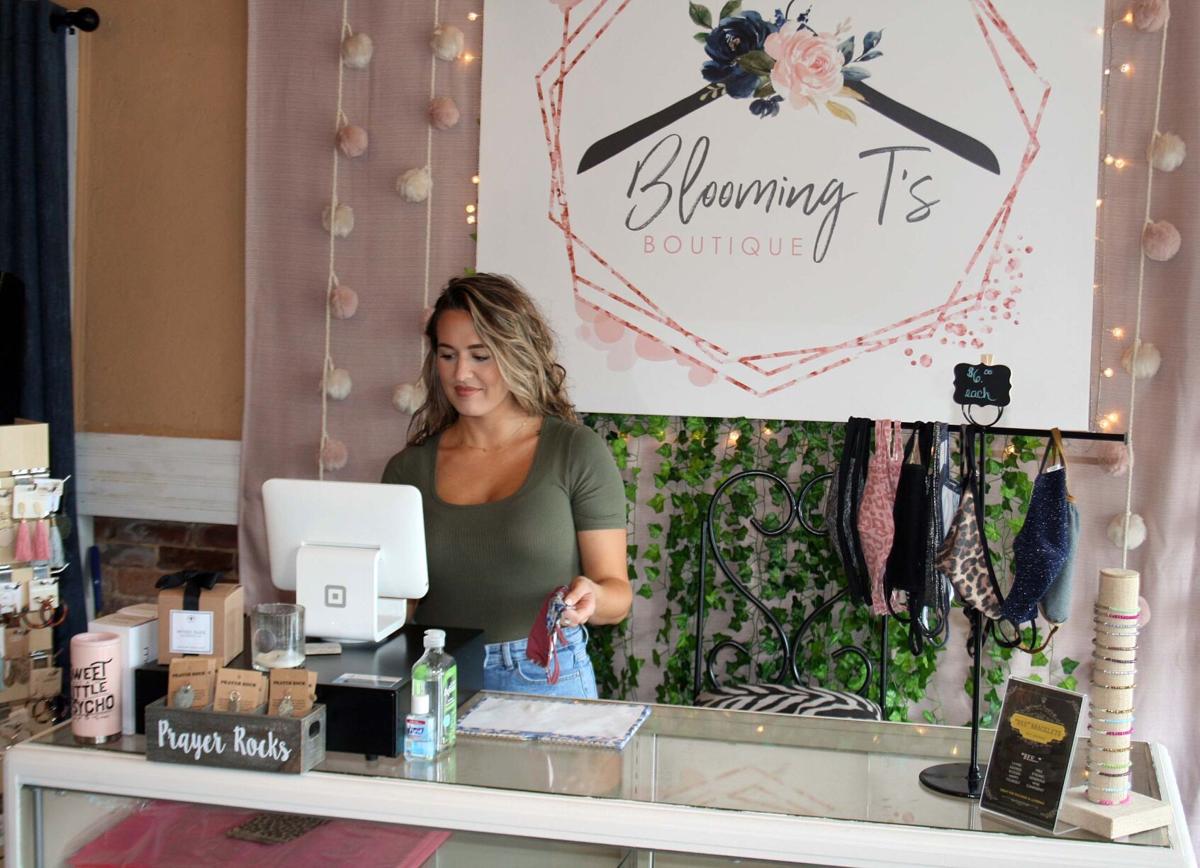 Tatum Grady rings up a sale for a customer in her new women's boutique in downtown Cave Spring.

Tatum Grady checks out some of the new merchandise in her Blooming T’s women’s boutique, 6 Alabama St., in Cave Spring.

Tatum Grady rings up a sale for a customer in her new women's boutique in downtown Cave Spring.

Now, the Pepperell High School graduate has fulfilled that dream by taking over the former Baker’s Boutique in Cave Spring and renaming it Blooming T’s.

The shop at 6 Alabama St. opened in early 2017 but had been closed since the COVID-19 pandemic arrived in March. Grady said the former owners, Melody Noyes and Joanie Baker Canant, approached her several months ago about taking it over and she jumped at the opportunity.

“We did some renovations on the inside and are carrying different items and new things,” Grady said. “We are going to be carrying newborn up through children’s clothing and adding some different brands to the women’s clothing. Plus sizes as well.”

The name Blooming T’s comes from her first initial and her philosophy that the store will always be blooming into something bigger and better.

This is Grady’s first effort at ownership and she said that opening a boutique during a pandemic has been a little scary. But she’s optimistic.

“A lot of people are saying small businesses in small towns are thriving due to people not wanting to go into (bigger) towns and be around a lot of people,” Grady said. “It has not been as difficult as you would think it would be. A lot of people are not as scared to get out and about.”

She said she’s going the extra mile to keep the shop sanitized and clean for her customers.

Sandra Lindsey, director of the Cave Spring Downtown Development Authority, said she is excited to have Grady reopen the shop — and to keep it fresh with new items for local residents as well as visitors to the community.

Lindsey said that, while a lot of promotional events were canceled this year, a number of fall events — including the haunted tours in October and the annual Christmas in the Country — are still on the calendar.

Blooming T’s is open Wednesday through Saturday from 10 a.m. to 6 p.m. However, Grady said she will open on Sundays as events in Cave Spring dictate. She was open this past Sunday during a quilt show and farmers market and said the extra time was worth the effort.