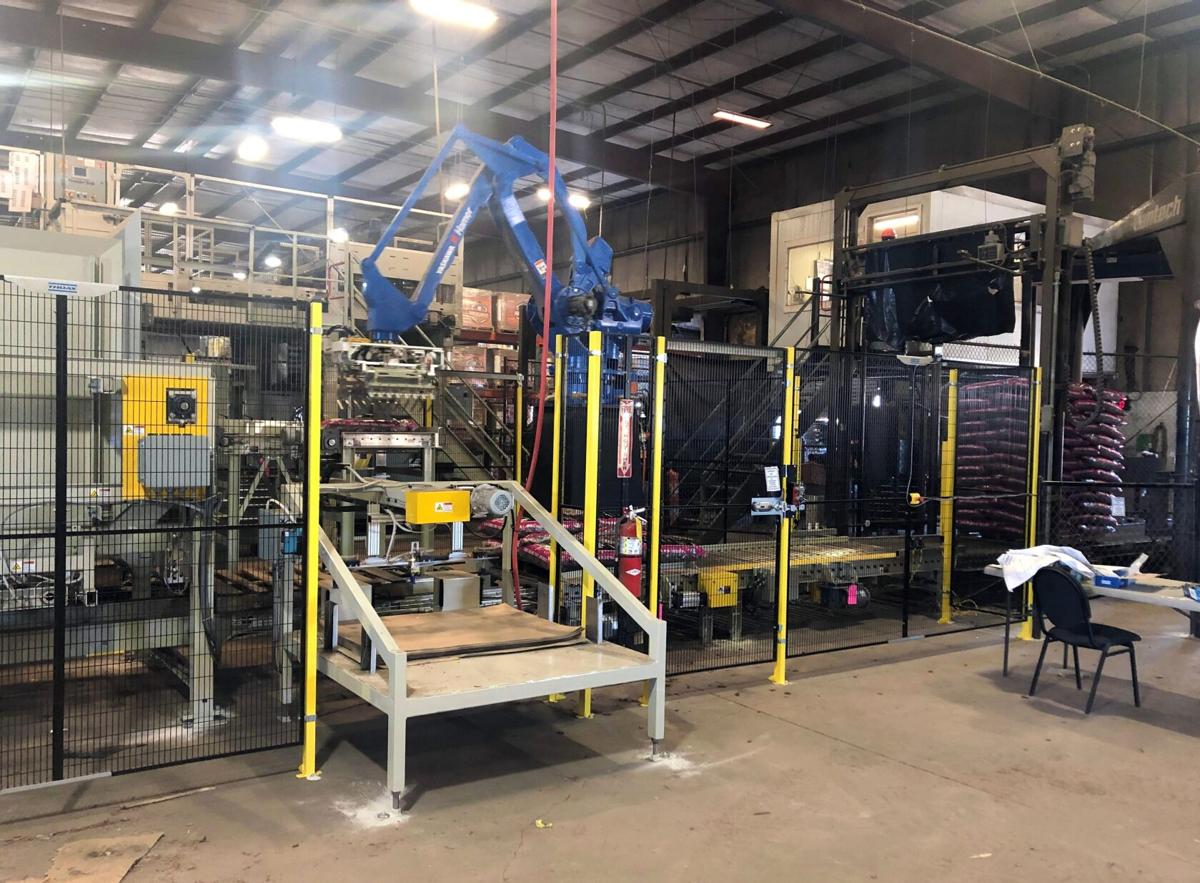 Robotic palletizing equipment at an Oldcastle Lawn & Garden plant is similar to what is planned for the facility in Floyd County. 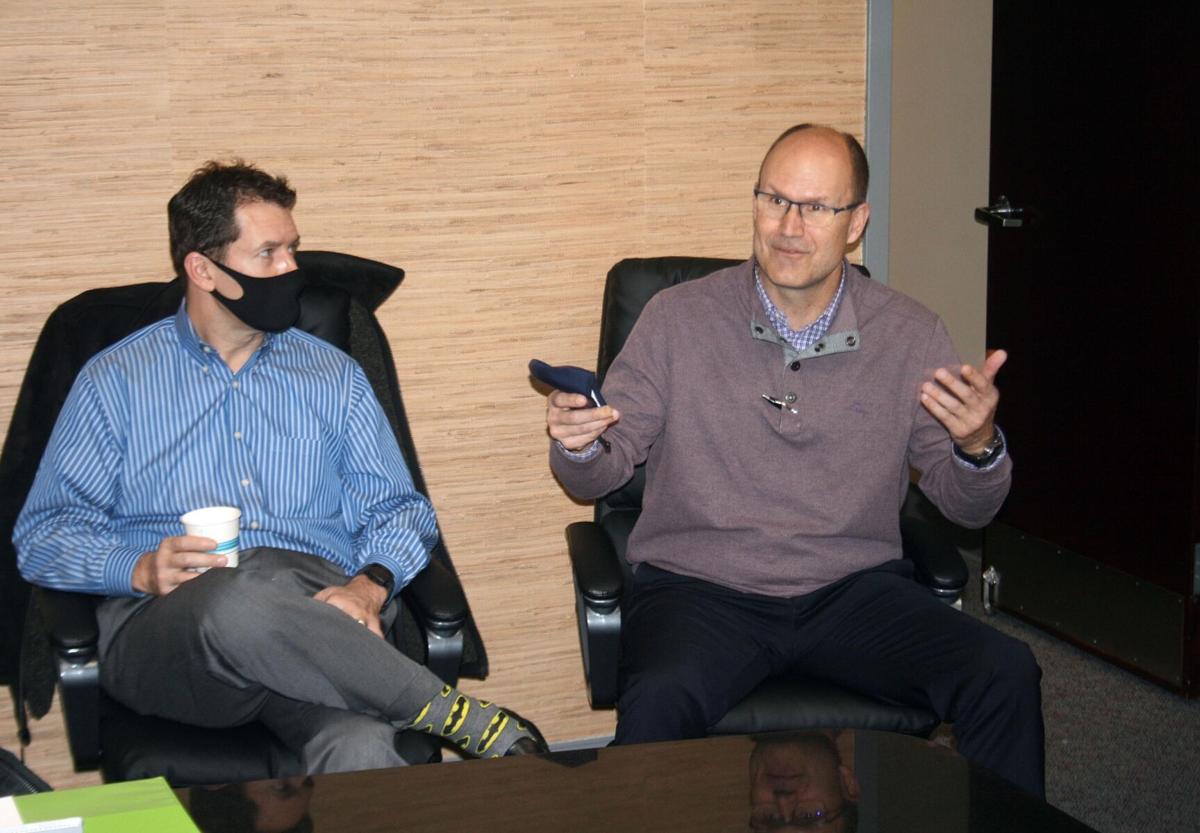 Tim Lesko (left) and Scott Wiltsey with Oldcastle Lawn & Garden tell the Rome-Floyd County Development Authority they want to have their new mulching facility running by the fall. 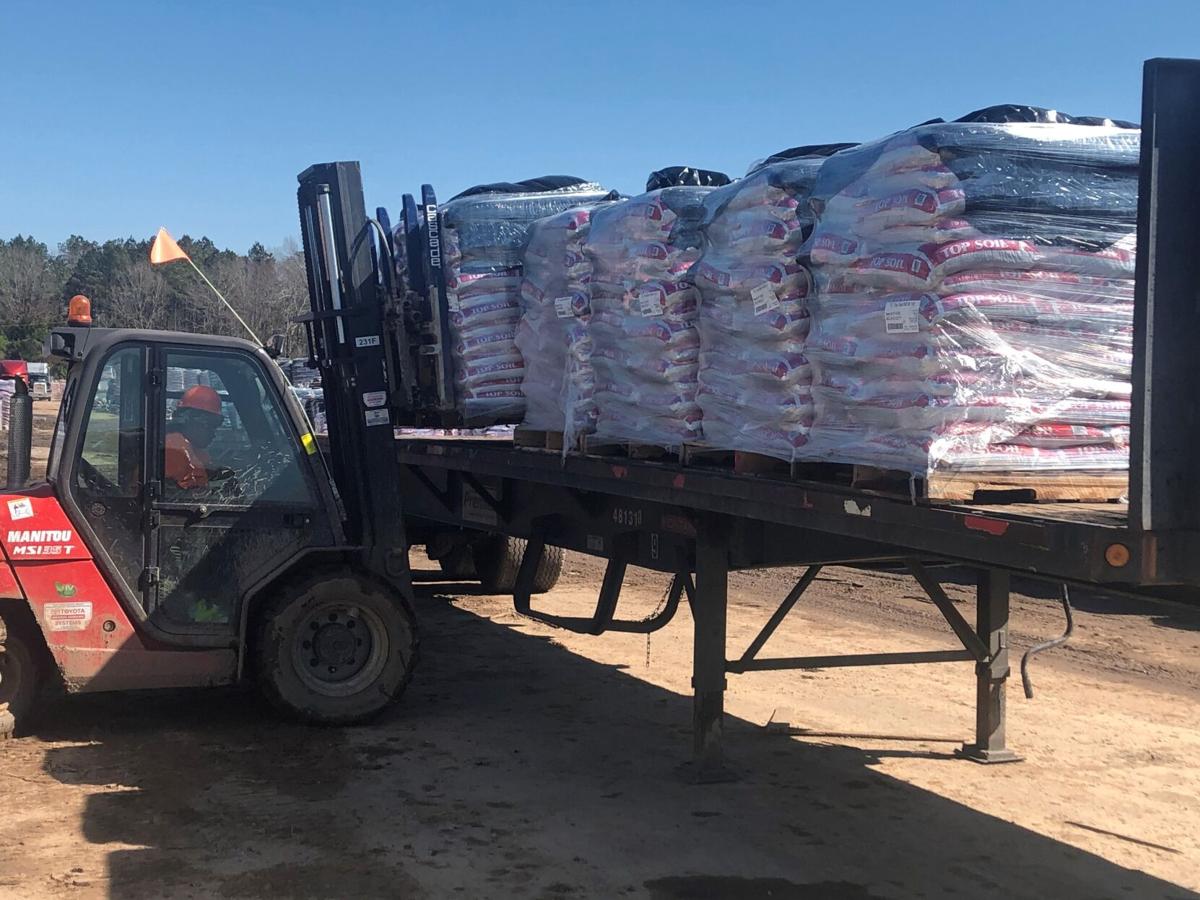 A forklift sets pallets of mulch onto a flatbed for delivery from one of the Oldcastle Lawn & Garden manufacturing facilities. 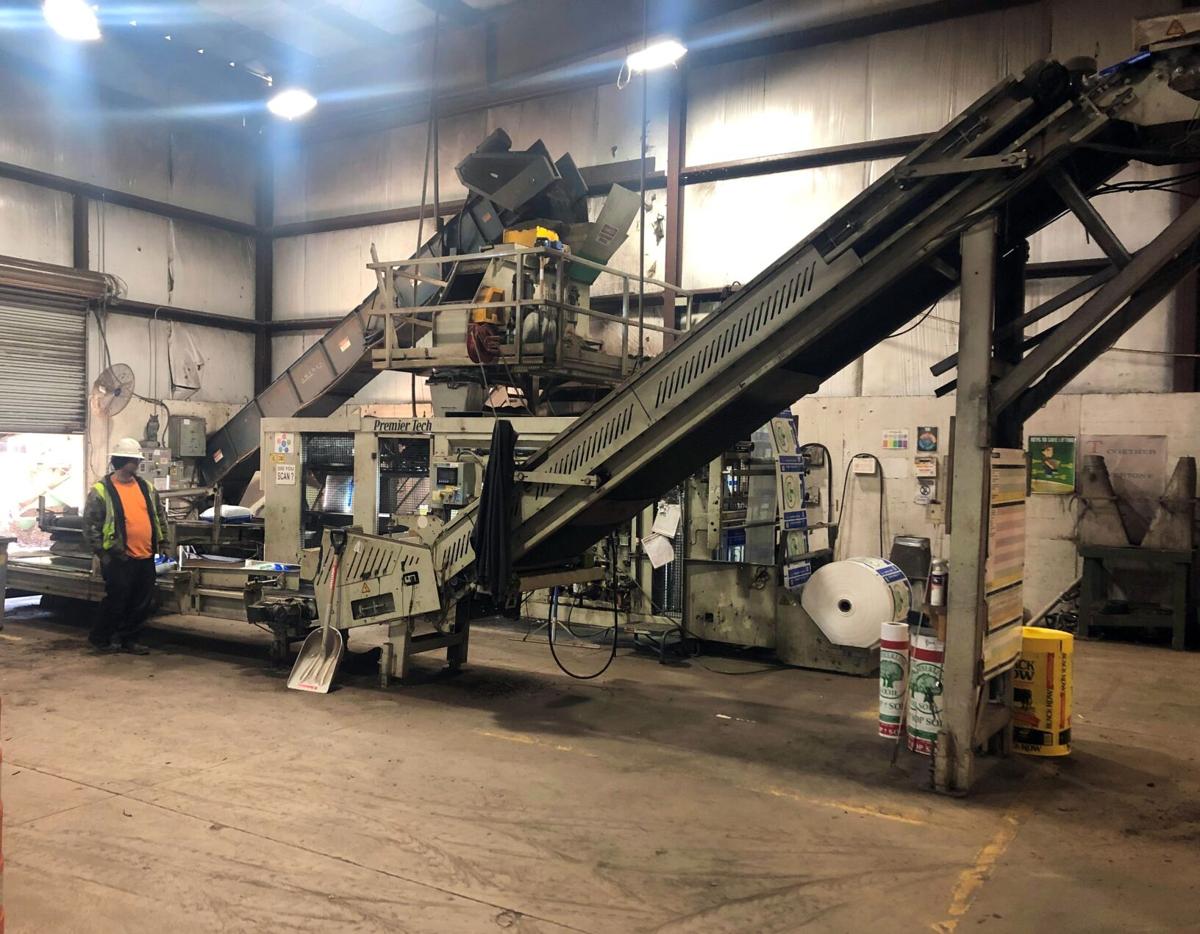 An automated bagging machine will be among the equipment at an Oldcastle Lawn & Garden plant slated for about 40 acres off Ga. 53 near Shannon.

Robotic palletizing equipment at an Oldcastle Lawn & Garden plant is similar to what is planned for the facility in Floyd County.

Tim Lesko (left) and Scott Wiltsey with Oldcastle Lawn & Garden tell the Rome-Floyd County Development Authority they want to have their new mulching facility running by the fall.

A forklift sets pallets of mulch onto a flatbed for delivery from one of the Oldcastle Lawn & Garden manufacturing facilities.

An automated bagging machine will be among the equipment at an Oldcastle Lawn & Garden plant slated for about 40 acres off Ga. 53 near Shannon.

Officials with Oldcastle Lawn & Garden, part of Oldcastle APG, are still working to get everything in order to begin construction of a large mulch plant on Ga. 53 about 8 miles north of Rome.

Oldcastle Lawn & Garden executives Scott Wiltsey and Tim Lesko updated members of the Rome-Floyd County Development Authority on plans for their new facility this past week.

The project has been dubbed “Project Happy” by RFCDA President Missy Kendrick.

“We are an important part of a global entity,” Wiltsey said. “CRH is our parent company, headquartered in Dublin, Ireland.”

The lawn and garden component of the business operates about 42 manufacturing sites east of the Rockies.

“Even though you’ll have to look closely to find the Oldcastle name on a bag of mulch, we’re a market-leading manufacturer of store brands and private labels such as Vigoro, Sta-Green and many others,” Wiltsey said.

With 11 manufacturing sites in the Southeast, Oldcastle APG already operates one plant in the Atlanta area. It hopes to add the Floyd County site before the year is out.

The Rome location is being designed to have the capacity to produce over 8 million bags of soil or mulch annually.

“We see a lot of growth in front of us so we are ‘Happy’ to be a part of the family coming to Rome,” Wiltsey said.

The company acquired 39.5 acres off Ga. 53 north of Pinson Road. They have another smaller parcel under contract, which would give the company preferred access from Ga. 53 as opposed to Old Calhoun Road.

The Rome plant will initially operate approximately 10 hours a day. Wiltsey said that as demand for product increases, it is entirely possible the company could add a second shift at some point in the future.

Product from the Rome plant will be targeted for distribution through retail lawn and garden outlets across Northwest Georgia.

Chuck Hardin with Southern Engineering in Rome is already talking to the Georgia Department of Transportation about access from Ga. 53.

“We understand our lead times and have already started ordering equipment,” Lesko said. “Some of the equipment takes up to four to six months to get there. Our intent is to open up for manufacturing in the fall. Late September to early October is our target date.”

Questioned by RFCDA member Doc Kibler, Wiltsey said the plant will average between 12 and 15 in-bound trucks daily, Monday through Friday.

The raw materials that come into the plant for mulching come primarily from virgin wood that has been cleared for development, such as a subdivision or other form of new construction.

“We have a keen eye on sustainability,” Wiltsey said. He estimated that as much as 80% of their raw intake comes from that sort of source.

Natural disaster debris, which some might imagine would be fertile product, actually is not.

“That material is rarely clean,” Wiltsey said. “And we do not want a piece of metal winding up in a customer’s bag of potting soil or mulch.”

As one might imagine, the business is very seasonal.

“The peak of our outbound business is from the month of February until Memorial Day — and we’re estimating about 30 (trucks) outbound per day during that time of year,” Wiltsey told the development authority.

Oldcastle Lawn & Garden does not operate its own fleet of tractor-trailers, so that will present an opportunity for local haulers both in terms of inbound material and outbound product.

The majority of the outbound loads will be open flatbed trailers. Some of the distributors, such as Walmart, come in with their own box trucks to pick up product that is carried to their distribution centers.

RFCDA Chairman Jimmy Byars pointed out that Oldcastle APG did not ask for any incentives to bring the plant to Rome and Floyd County.

“Missy was integral in getting them and helping them work through the system,” Byars said. “So, because somebody doesn’t ask for incentives it doesn’t mean we don’t work with them.”

Kendrick was instrumental is helping the company locate the property in the Shannon area. Officials had been searching for months for a site north of Atlanta. Kendrick was also helpful in getting the land rezoned from Suburban Residential/Light Industrial to Heavy Industrial.

The plant will start with about 30 to 35 employees. Once it reaches full capacity, it will employ about 50 workers.

Rover to Present at the Virtual Morgan Stanley Technology, Media and Telecom Conference on March 2, 2021

QOMPLX, a Leader in Cloud-Native Risk Analytics, Elects to Become a Public Company Through a Merger with Tailwind Acquisition Corp