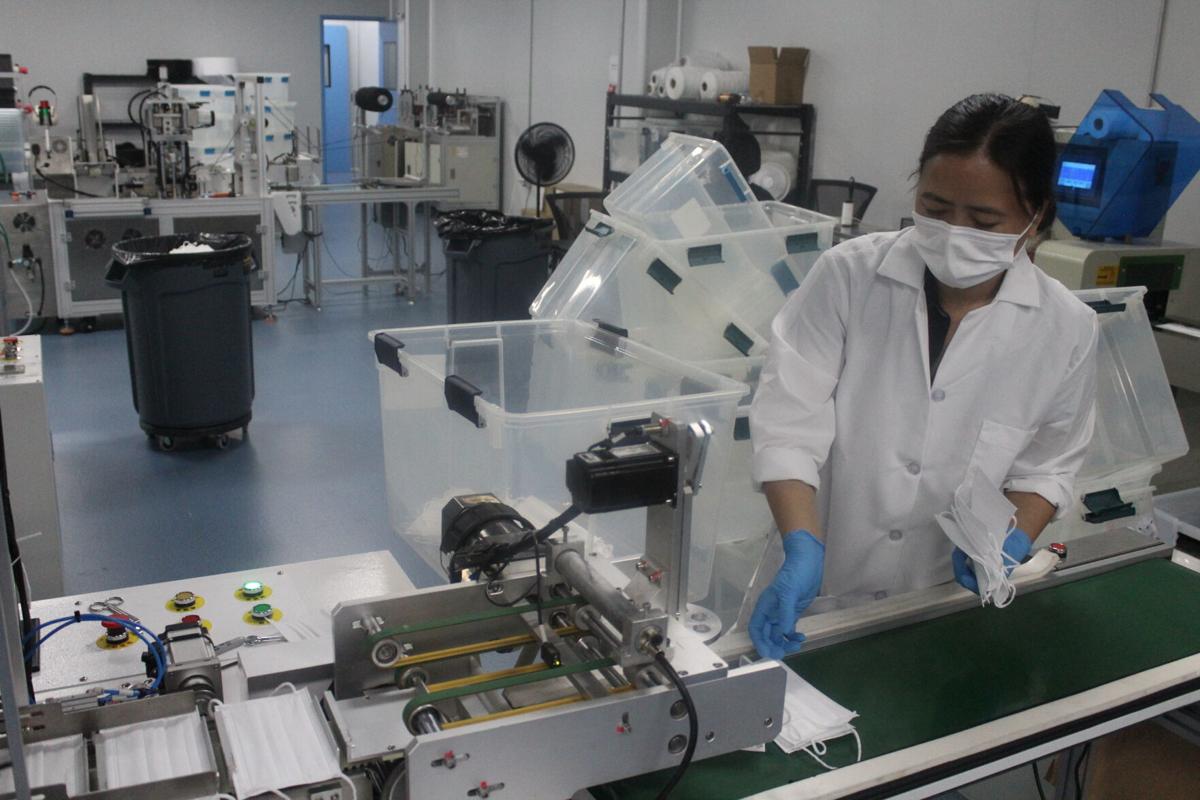 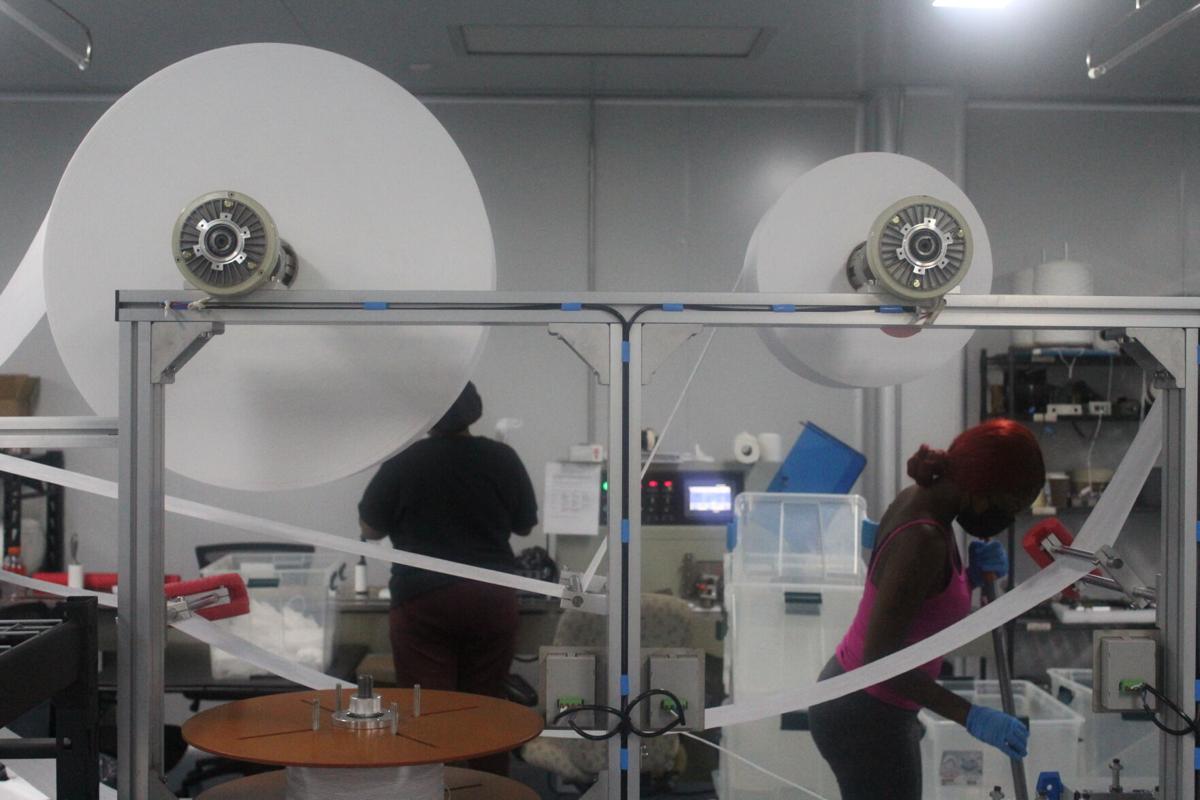 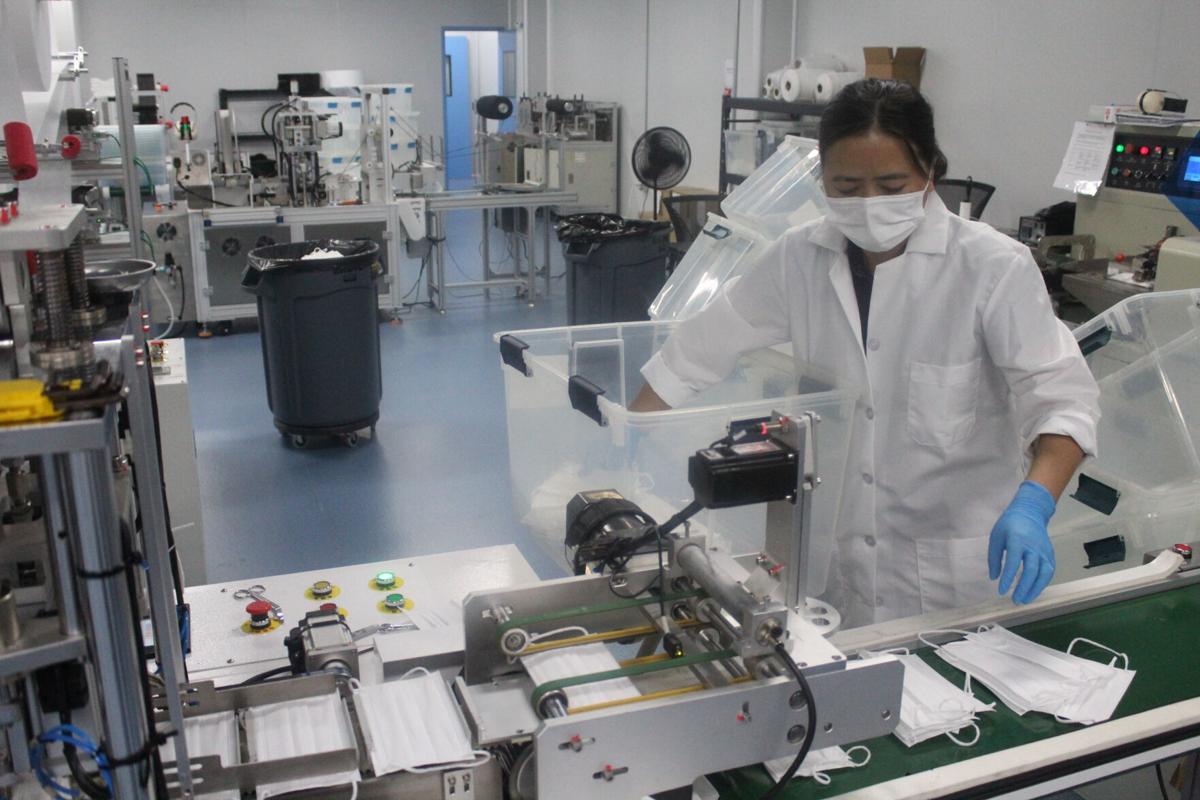 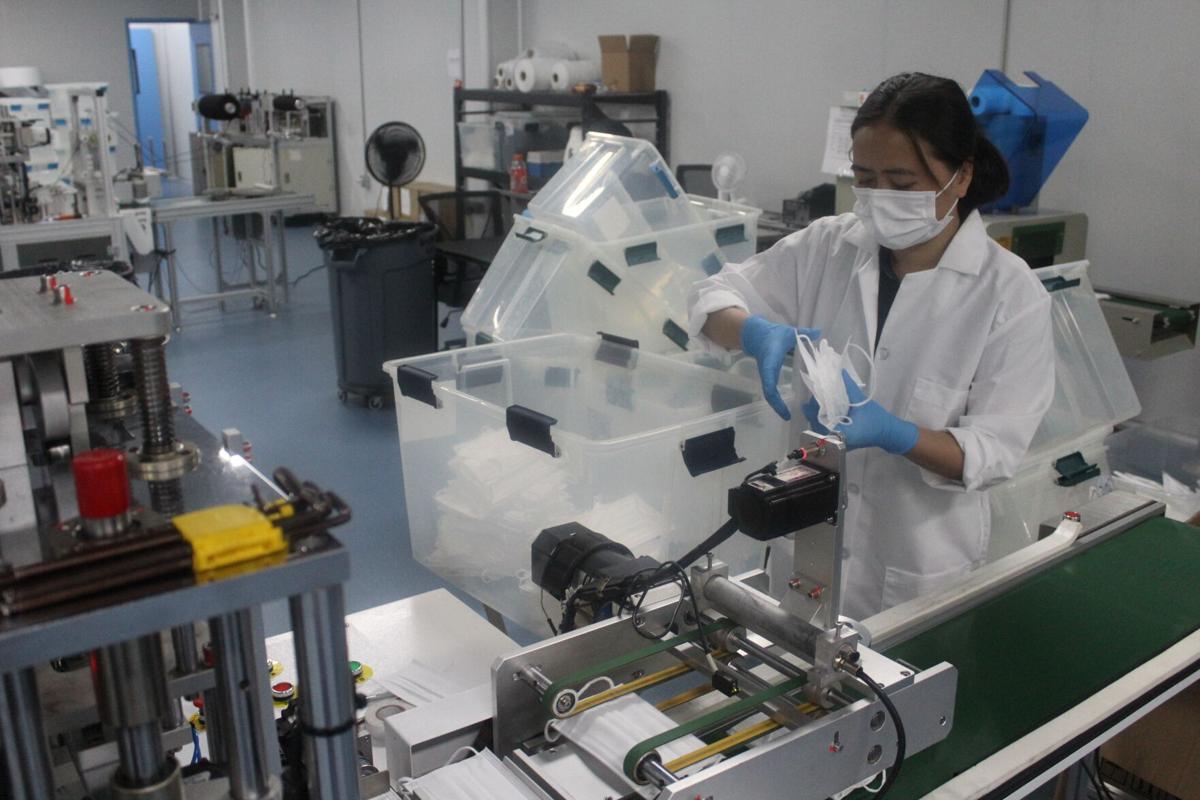 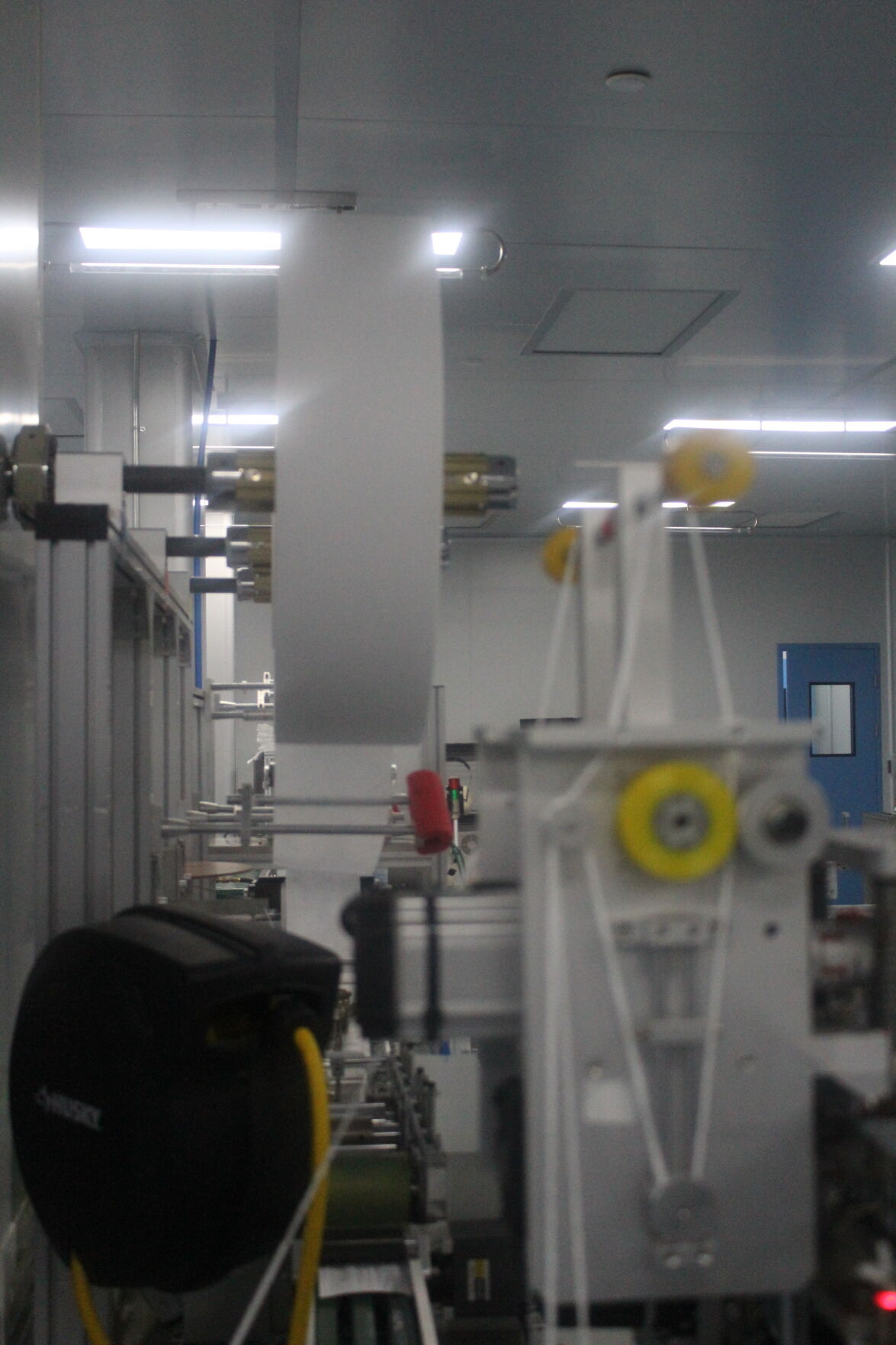 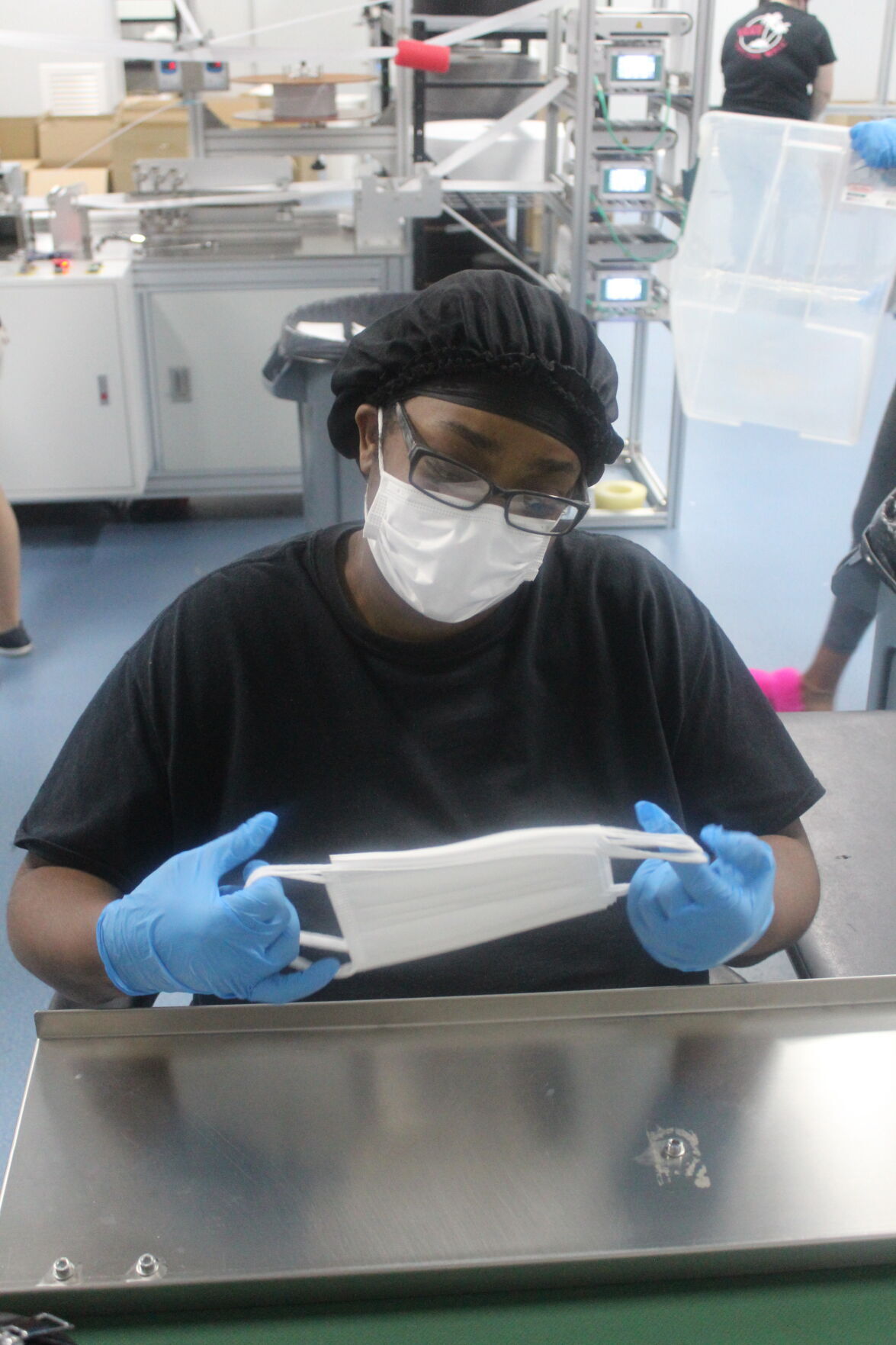 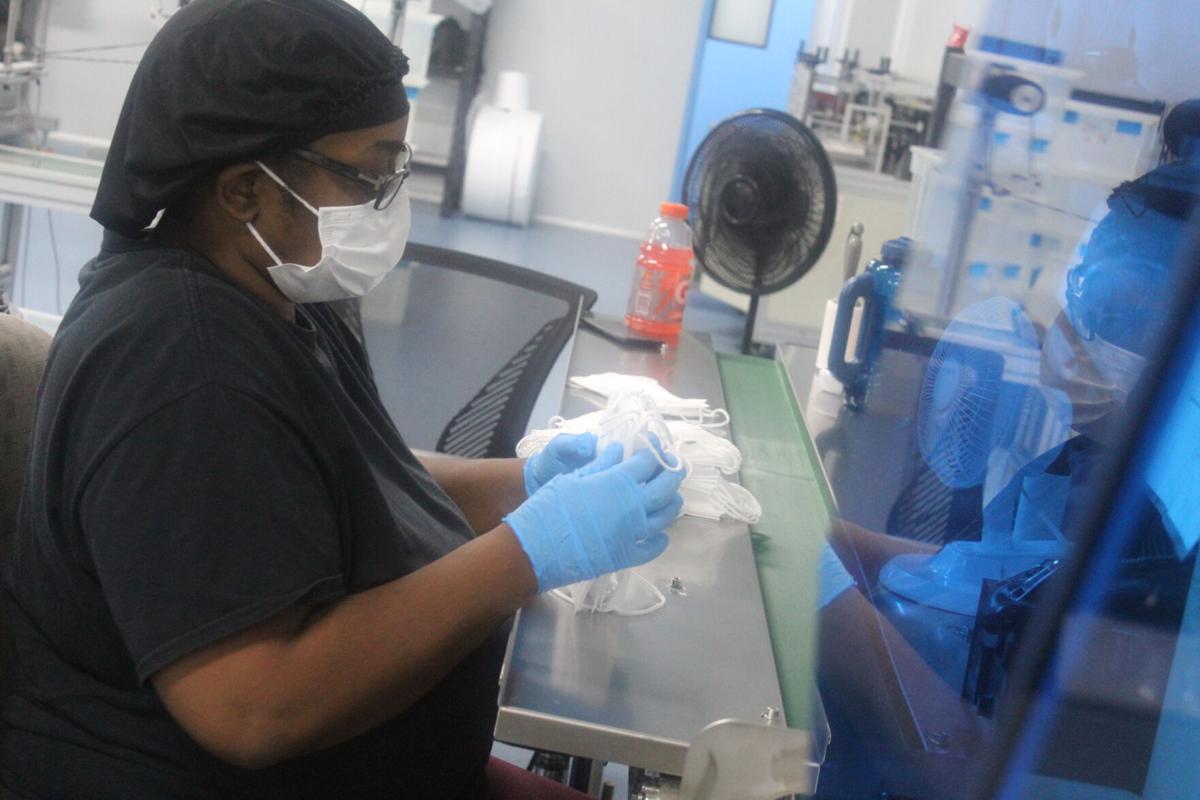 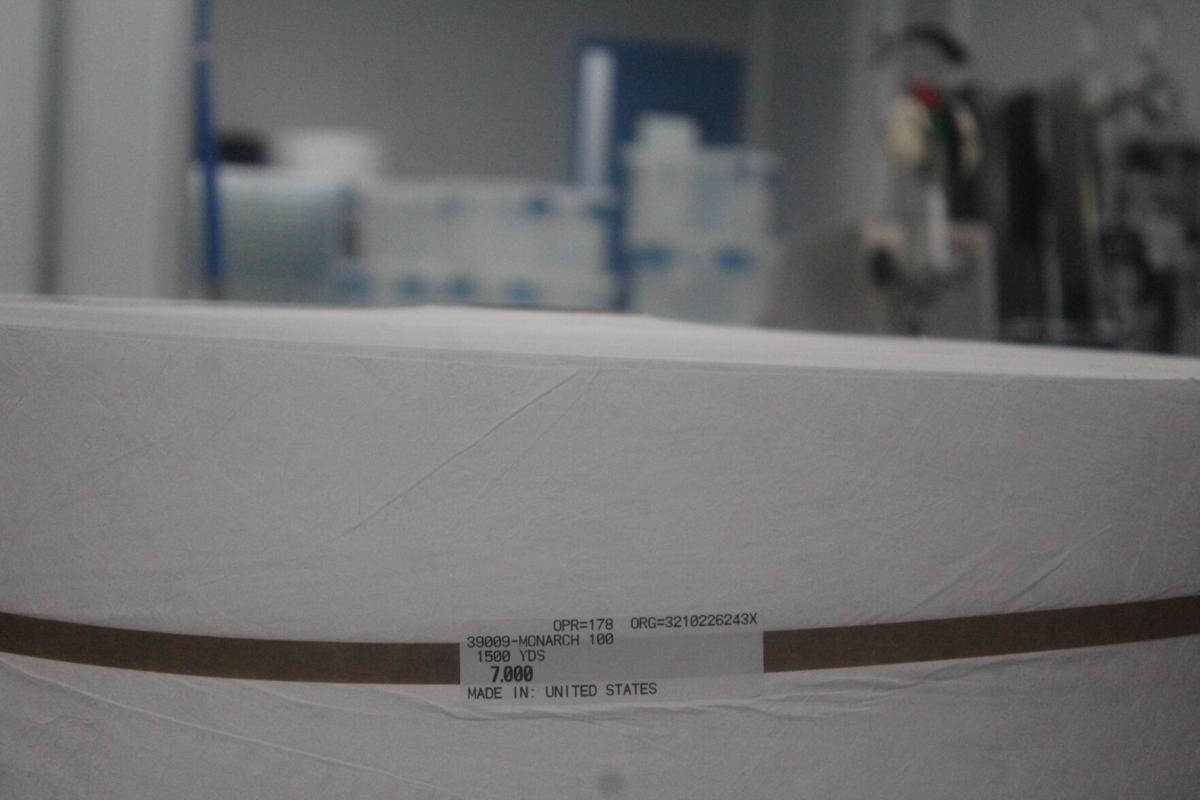 Early in the pandemic, with supply chains snarled, American doctors and nurses wore garbage bags for gowns and reused their single-use surgical masks. It was a sign of the coronavirus’ deadly force, the speed with which it could fill a hospital. But it was also a sign of a country that had come to rely on others for critical supplies.

Americans, including many in Cobb, rallied, raising money to purchase overpriced masks the moment some became available. A couple in east Cobb had a longer-term solution.

Melody and Jeremy Briggs founded Luosh, which manufactures surgical-style masks from American raw materials in a Marietta facility. The nascent company’s story is a case study in founding a mission-driven business, in copyright law and in the American regulatory state.

The Briggs discussed the motivation for becoming small business owners, the challenges posed by China and more.

The idea was Melody Briggs’, the couple said, and she has taken sole control of the company so her husband could attend to his law practice.

“We have some friends, doctors and nurses, and they just had such a hard time to source it,” Melody Briggs said, referring to personal protective equipment. When she volunteered to try and help in the search for masks, “Oh, my God, this big old hospital, all of the leadership jump(ed) on the call, like, right away. There was just such a shortage.”

“We just felt like, it’s pretty sad,” she continued. “It’s the strongest economy in the world (the U.S.), and we just can’t get this problem resolved.”

So Melody Briggs, then a full-time data analyst at Georgia Pacific, suggested starting a company of her own, Luosh USA. It would be based in the U.S., manufacture in the U.S., source material from the U.S. and sell quality products.

Jeremy Briggs, a patent attorney who’s done work for the likes of Ford and Intel, was on board.

“I thought, well, you know, you’re Georgia Pacific, (and) I do have a manufacturing background,” he recalled. “I knew enough about it to know that it’s not, you plug a machine in and then stuff starts falling out of it.”

And Melody Briggs, who had gone to elementary and middle school in Asia, had friends there who had factories cranking out personal protective equipment who shared their insights, Jeremy Briggs said.

They ordered a pair of machines, found a warehouse a five minute drive from their east Cobb home and got to work.

“We both were here, testing machines and doing all kinds of playing with nuts and bolts — for months. Days and nights, (we would) sleep, what, four hours a day?” Melody Briggs said.

The biggest difficulty at the time was finding quality material, in particular meltblown polypropylene, the electrostatic, pathogen-trapping material that makes up the mask’s filter.

“Everybody was fighting for it,” Melody Briggs said.

That they would only source the material from American suppliers made the search even harder.

“The original goal, original starting point is, we wanted to supply, good quantity, PPE,” Melody Briggs said. “And also we have this … goal of bringing American manufacturing back. That’s part of what’s our underlying intention there.”

But the couple caught a break.

“We basically sent emails, called every possible supplier in the United States,” she said. “And we were very, very lucky. We got a supplier that actually responded to this goal of making American (personal protective equipment). … They (were) like, ‘If you are planning to buy this and (make) PPE in the U.S., then we will work with you.’”

The company would be called Luosh, Melody Briggs’ maiden name. That was where their problems began.

Lush Cosmetics, owned by a British-based company, tried to stop the Briggs from using Luosh, arguing both companies were selling similar products. Having similar names would, Lush argued, create market confusion. It sued in the U.S. Patent Trademark Office.

That has since been resolved, Melody Briggs said, with Luosh agreeing to note in their marketing that they do not sell cosmetics. But it cost the company in legal fees, and she becomes frustrated talking about it.

“We had to stand our ground, because there’s no way you could bully us like that,” she said. “We’re doing a totally different thing.”

The much larger challenge, however, has to do with economies of scale. And geopolitics.

Small, upstart companies have trouble breaking into markets with established players — that much is a given. But China, the source of much of the world’s surgical masks, actively subsidizes key industries, further pushing down the price and making the products from competing companies around the world less attractive.

He thinks America should do the same, and joined the U.S. Association of Bio-Defense Manufacturers. The organization’s website notes that China accounts for 85% of the world’s masks (and, “ironically,” almost 90% of U.S. flags) and in 2020 financed 67,000 new PPE producers and distributors.

The American Mask Manufacturer’s Association, of which Luosh is a member, sent an open letter to President Joe Biden in May in which it said China is “effectively dumping masks on the U.S. market at well below actual costs.”

“There are $0.03 — $0.06 of raw materials in every surgical mask produced—that price is the same everywhere in the world,” the letter continued. “Yet somehow, we are seeing Chinese masks sold for less than $0.01 here in the United States.”

In August, a wholesale buyer reached out to Melody Briggs to ask whether she could sell a 50 pack for $2.

“I’m like, I don’t even want to answer that email,” she said, “because we can’t even buy material that way.”

“The disadvantages that we have to overcome are huge,” Jeremy Briggs said. “And they can’t be done just by us duking it out in price. We need real organizations here locally to say, ’It’s important enough for our board members to not get two-and-a-half-cent, one-and-a-half-cent face masks from China or who knows what origin … and satisfy our bottom line in that way.’ That’s what a board member’s job probably is, right? But what we need is organizations and buyers to have a larger viewpoint.”

Their own country has proved an obstacle as well. While independent labs have confirmed the efficacy of Luosh masks, according to the couple, U.S. government certification would be a boon.

But the coveted N95 certification, offered by the National Institute for Occupational Safety and Health, is time-consuming and expensive.

“There’s a lot of regulatory, you know, peccadilloes that you have to meet,” Jeremy Briggs said. “You usually need a regulatory specialist to help you do it. And then let’s say if they (NIOSH) had a problem with your photographs or a problem with some bit of text, they’ll send you a notice. And then you’ve got to fix it, resubmit it and get back in line, they’ll look at it again in two months.”

The N95 certification, per the U.S. Food and Drug Administration, denotes “a respiratory protective device designed to achieve a very close facial fit and very efficient filtration of airborne particles.”

More obtainable is the FDA’s 510(k) certification, which would allow Luosh to sell its existing products as “surgical masks.” Such masks, per the FDA, are “loose-fitting, disposable device(s) that creates a physical barrier between the mouth and nose of the wearer and potential contaminants in the immediate environment.”

Without the 510(k) certification, Luosh cannot call its masks “surgical masks” and instead markets them simply as “face masks.” The cost of a 510(k) certification is about $12,000, Melody Briggs said, but with the small business certification Luosh received earlier this year, it should only cost between $2,000 and $3,000.

“I don’t think it’s a bad thing, I like regulated products,” Melody Briggs said. “If everybody has to go through it, it’s good. … On the other hand, I do think they could give us a little hand, if you’re an American manufacturer.”

A 510(k) certification would allow Luosh to pivot from selling directly to consumers, either through its website, Amazon or Whole Foods, to businesses, such as hospital systems and the like.

“The true customer of Luosh USA hasn’t become our customer yet,” Jeremy Briggs said. “And the true customer should be larger organizations, health care providers, people that use this PPE ongoing, even in a non-pandemic environment.”

Melody Briggs learned the hard way how important that will be for Luosh’s long-term viability.

In the spring, as vaccinations rose, cases dropped and the country seemed to have the coronavirus on the ropes, sales plummeted, dropping by half, she said.

With the delta variant and the Centers for Disease Control’s recommendation that people who have been vaccinated against the virus wear masks indoors in areas where community transmission is high, sales have skyrocketed again, and Luosh is struggling to keep up with demand.

“When the demand is up there, it is crazy,” she said.