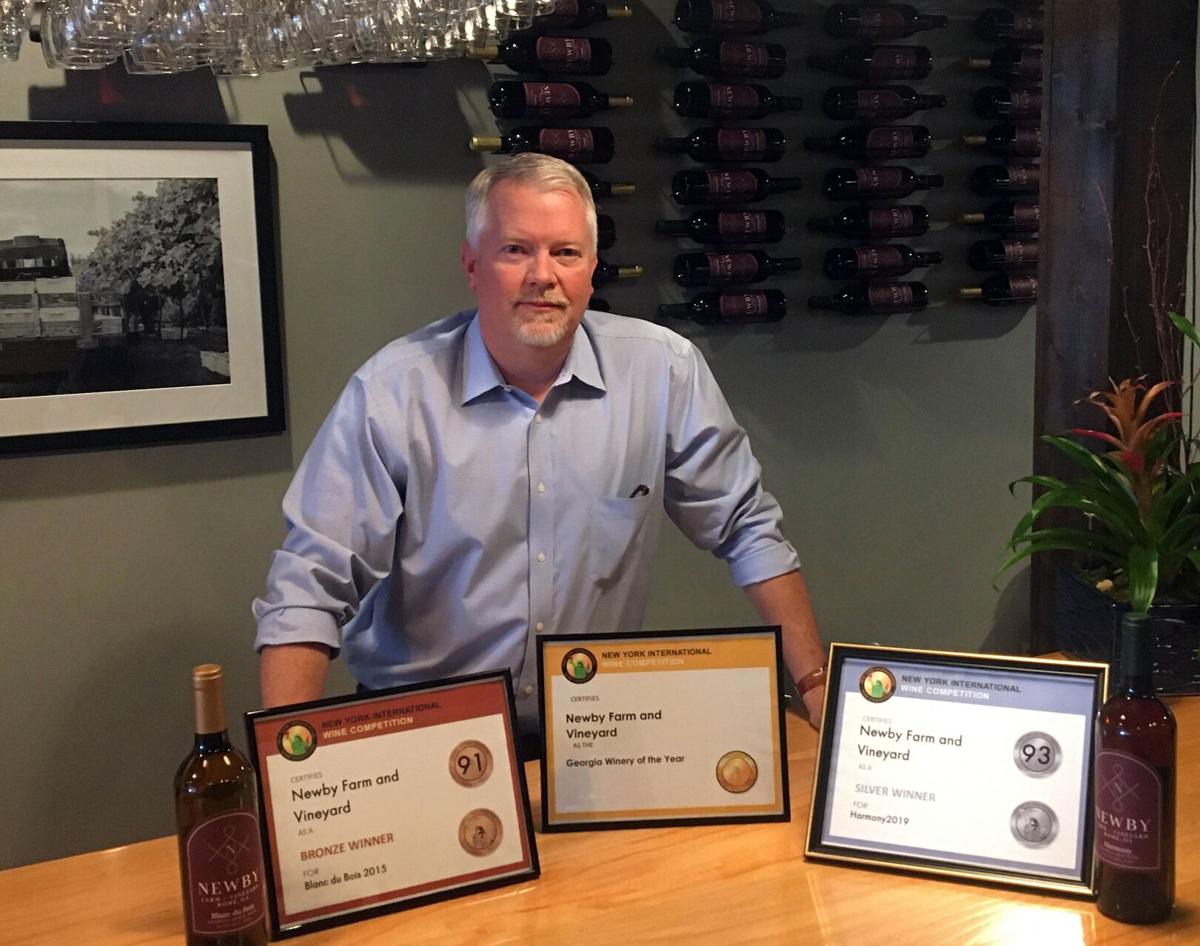 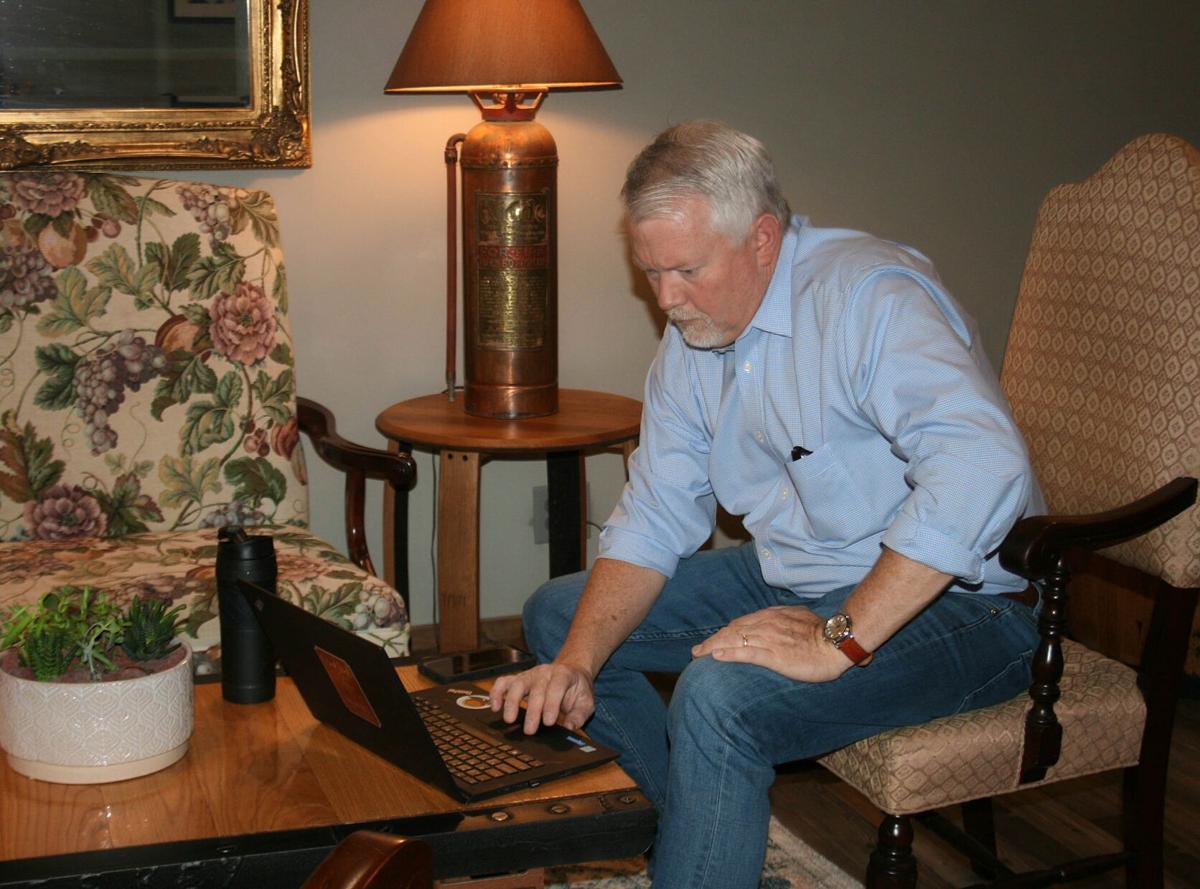 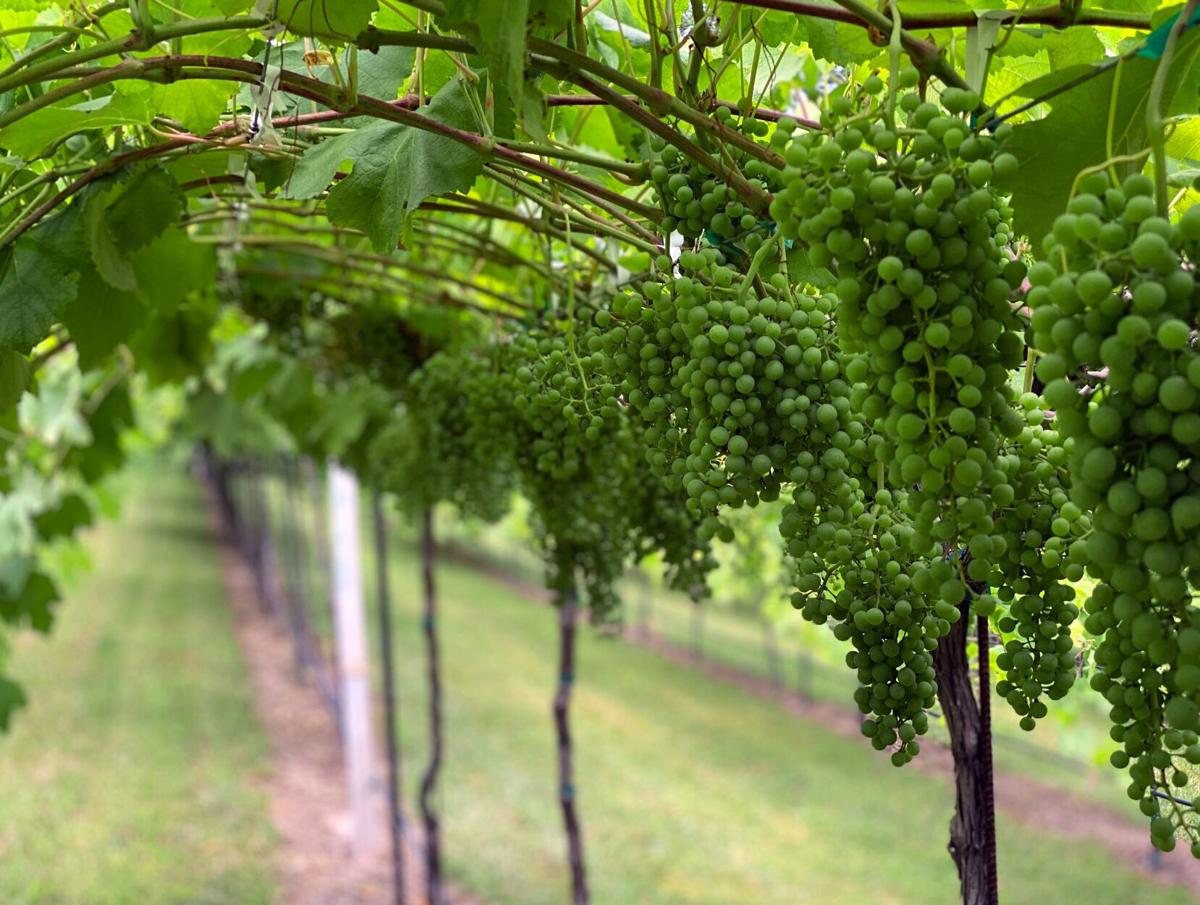 Grapes flourish on the Newby Farm and Vineyard property in West Rome. Some of the Newby varieties, a rose’ and Blanc DuBois just brought home medals from the new York International Wine competition.

Grapes flourish on the Newby Farm and Vineyard property in West Rome. Some of the Newby varieties, a rose’ and Blanc DuBois just brought home medals from the new York International Wine competition.

You can add the phrase “award winning” in front of a couple of Newby Farm and Vineyard wines.

Harmony Rosé from the Newby Farm and Vineyard in West Rome took a second place medal at the New York International Wine competition, which drew more than 1,400 entries, and Blanc DuBois brought home a bronze medal.

The biggest prize from the New York competition may have been the Georgia Winery of the Year honor. Owner Billy Newby could not say exactly how many Georgia wineries submitted for the competition but was pretty confident that most of those which did were a lot larger than his operation.

The competition was a virtual event this year. Newby submitted bottles to New York where the organizers who in turn sent out smaller samples to all of the judges.

The judges in the competition are primarily buyers that come from all over the northeastern United States.

Newby started planting grapes on his farm off Billy Pyle Road in 2014. His grapes are still processed off site, however he was able to open a tasting room at 411 Broad St. in downtown Rome earlier this year.

In between his day job as a financial adviser at Newby-Stahl Wealth Management and evenings at the tasting room, he’s trying to get his wines global recognition through upcoming festivals in Melbourne, Australia and Berlin, Germany.

While he’s curious to see how his product compares to others at the different competitions, he has no thoughts whatsoever about attempting to distribute his wines on a global basis.

“I don’t have plans to for mass marketing,” Newby said.

He does have a shipper’s license and is working to get a distributors license.

“It would just be small distribution where I throw cases in my vehicle and I run them out to restaurants in the general area,” Newby said. “I’ve had requests to ship down to Florida already... somebody came through here and had wine at somebody’s house so we started working on shipping permits.”

Newby is also working on plans to build a processing plant, tasting room and events facility at his farm off Billy Pyle Road. He hopes to have something underway by next summer.

“Getting contractors is the problem,” Newby said.

With the suit against Activision Blizzard, gaming faces another #MeToo moment. Will it finally bring change?

Full FDA approval of COVID-19 vaccines might lead more people to get them. What’s the holdup?

Satellite images of wildfires are saving lives. The Pentagon might let the program expire