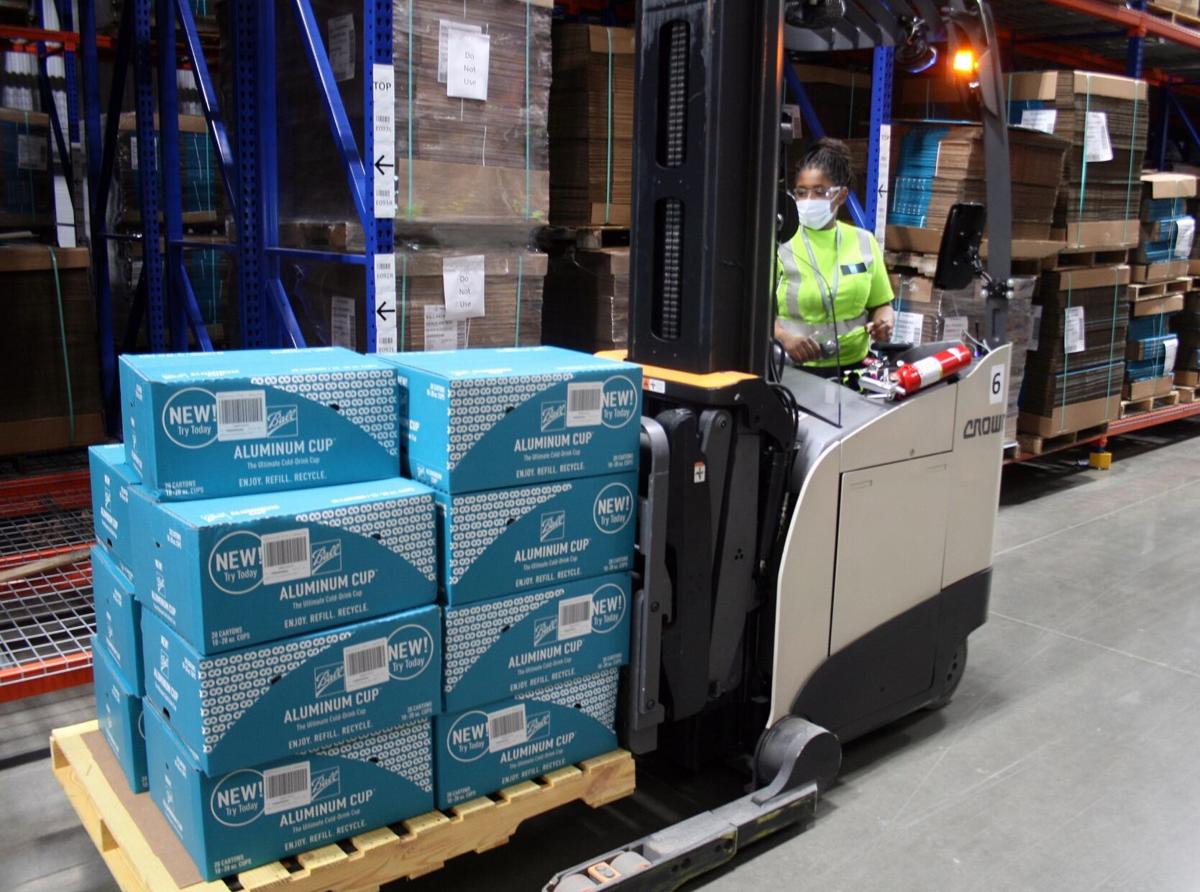 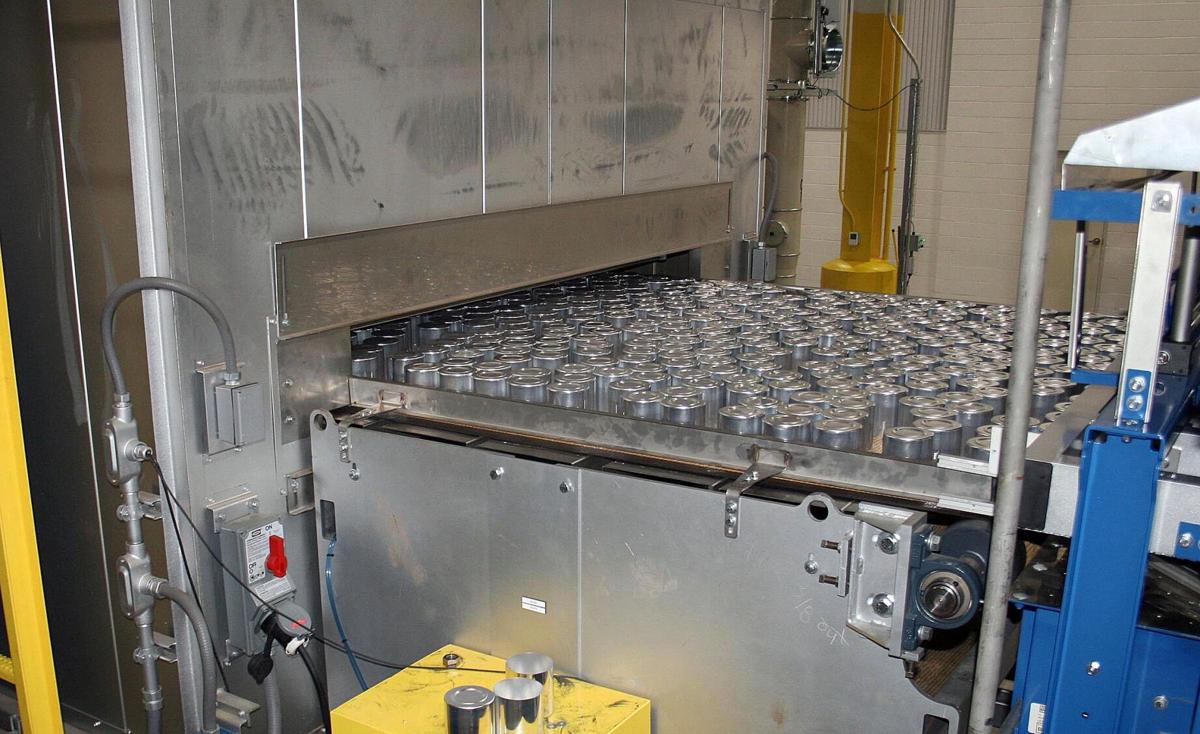 The new Ball plant northeast of Rome is churning out as many as 700,000 recyclable aluminum beverage cups a day. 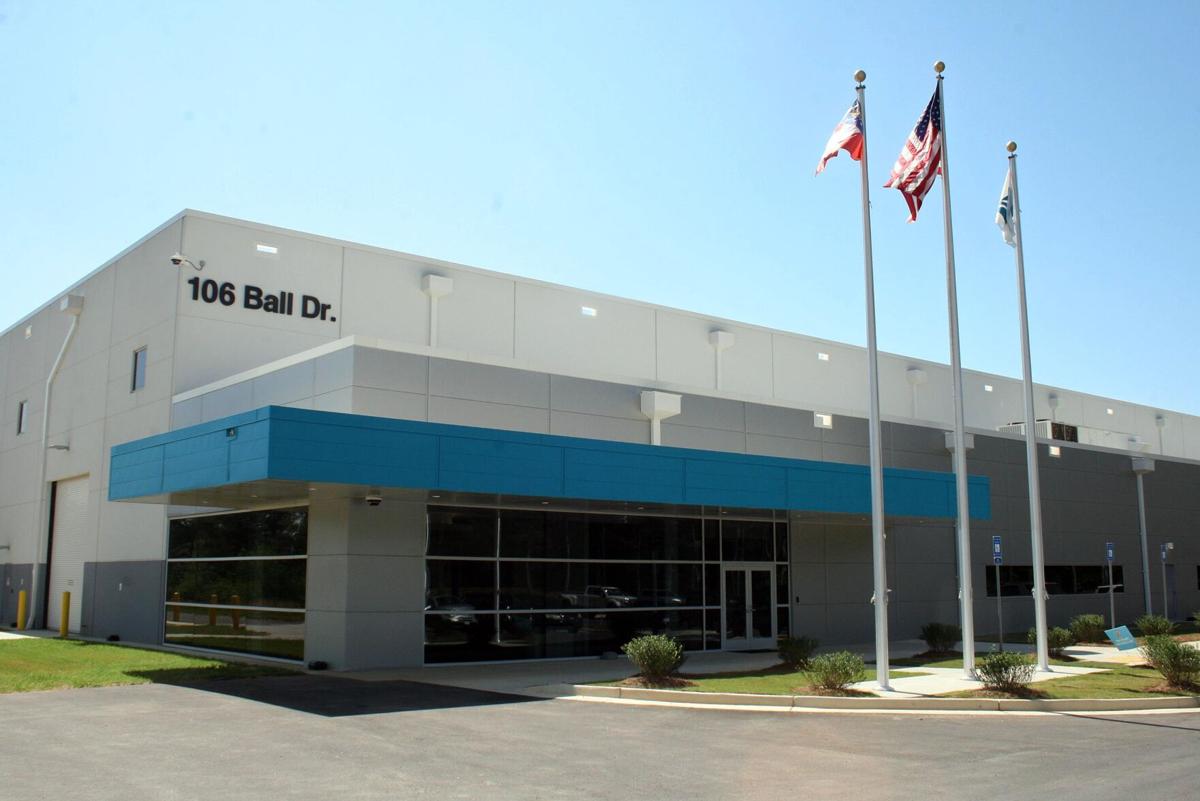 The new Ball plant northeast of Rome is churning out as many as 700,000 recyclable aluminum beverage cups a day.

The new Ball Corp. aluminum cup plant off West Hermitage Road is fully operational and churning out as many as 700,000 beverage cups a day.

That’s a long way from the 11,000 produced when it opened back in November. And the capacity will increase even more significantly when a second production line is added sometime in the spring of 2022.

Plant Director Mason Hogan said the idea for recyclable beverage cups came about after talks between corporate executives in Broomfield, Colorado, and a Denver restaurant/bar owner.

The owner continued to have glasses broken by both customers and employees. He knew the Ball executives made beverage cans and just asked them one day if they couldn’t make an aluminum cup.

The Rome plant is the only one making the new beverage cups at this time.

“At the end of the year we had a celebration and told the employees that one day we’ll run a million cups a day,” Hogan said.

The cups are marketed both directly to consumers as well as to large professional sports venues, concert promoters and the like. The first local retailer to offer the cups was Food Lion. Since then, Kroger has come on board and CVS will be next.

They are also available online at Amazon.

“The COVID thing probably put a little bit of a hitch in (the roll out),” Hogan said. “The bigger challenge is when the sports teams are playing but there’s no crowd. It’s hard to sell beer when there’s no crowd.”

The first pro venue was Hard Stadium in Miami. The aluminum cups made right here in Rome have been available at each of the last two Super Bowls.

The cups are not meant to be run through a dishwasher, but can be used for years and years with a simple hand wash and wipe.

“The aluminum is not going to go anywhere,” Hogan said.

Companies seeking to have the cups custom-made with their logo can do so with a minimum run of 50,000 cups.

The plant currently employs 115 workers spread across four shifts. Some of them are in quality assurance, some in materials handling, others are in production along with support staff in maintenance and electronics.

Almonty Announces the Filing of Its Audited Annual Consolidated Financial Statements, MD&A and AIF for the Year Ended December 31, 2020

Passing on your password? Streaming services are past it