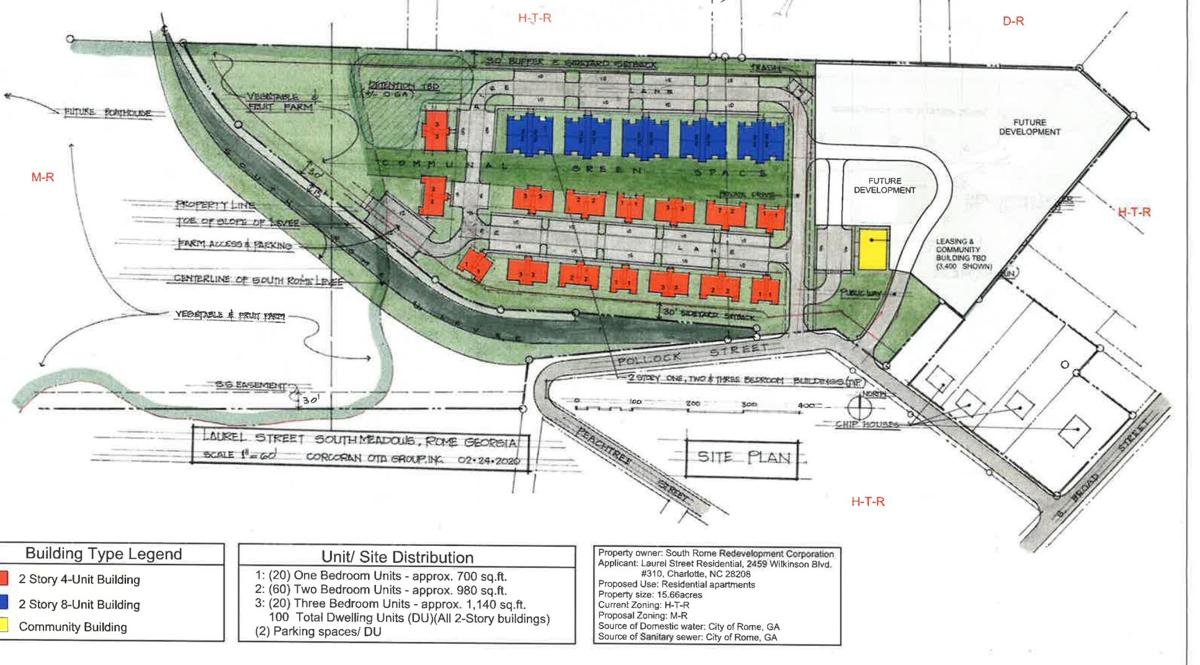 The preliminary site plan for a new 100-unit apartment complex on Pollock Street in South Rome is being reviewed by the state for potential tax credit financial aid.

The South Rome Redevelopment Corp. is looking for a new leader.

Charles Looney has submitted his resignation and anticipates that his last day on the job will be Friday, Sept. 11. Looney has led the South Rome Redevelopment effort on a day-to-day basis since March of 2017. Prior to that he was the pastor of the Covenant Presbyterian Church in Rome.

“My parents are getting older and I felt like I needed to be closer to them, “ Looney said. “A friend called me the other day with a job opportunity and I am going to take that and move back to Columbia, South Carolina.”

His new job will be as a project manager for a company that does a lot of contracting with the military.

“It’s kind of bittersweet for us because we really like Rome but the window opened and we felt like for family reasons we needed to take advantage of the opportunity,” Looney said.

He said he’s been proud of the work to develop new housing in South Rome over the last four years. He cited the new apartments developed in partnership with Laurel Street Housing in Charlotte, North Carolina, and the city of Rome

“We’re gearing up now to do several more houses over there and we’re really pleased with the new application for low-income housing tax credits (to build more apartments homes on Pollock Street with Laurel Street),” Looney said. “If we get that ,I really want to come back for the ribbon cutting because that’s one we’ve really been looking forward to for several years.”

The work with the Davis Homeless Shelter to build a community garden near the South Rome levee near Pollock Street and Peachtree Street is another project he’s been really happy with.

The development and advance of the South Rome Early Learning Center at Anna K. Davie Elementary School is another point of pride for Looney.

“Being able to bring in new funding sources for that and grow the program has been a real joy,” Looney said.

The next big event for the South Rome Redevelopment Corp., chaired by Darlington’s Brent Bell, will be the determination from the state as to whether or not tax credits will be approved for the South Rome/Laurel Street apartment project.

The conceptual plan for the development calls for a series of four buildings that each hold 15 apartments and five other buildings each with eight residences.

The last time there was vacancy in the South Rome position, it was empty for three and a half years.

Melissa Jones resigned in September of 2013 and day-to-day operations of the office were handled by the city Community Development office until Looney came on board in 2017.