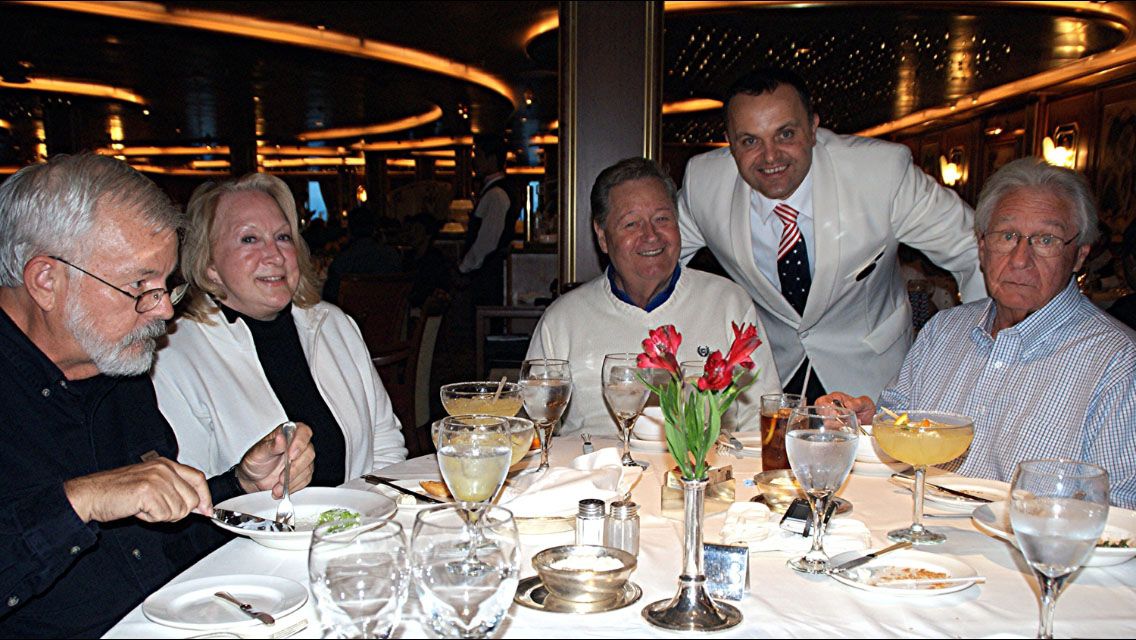 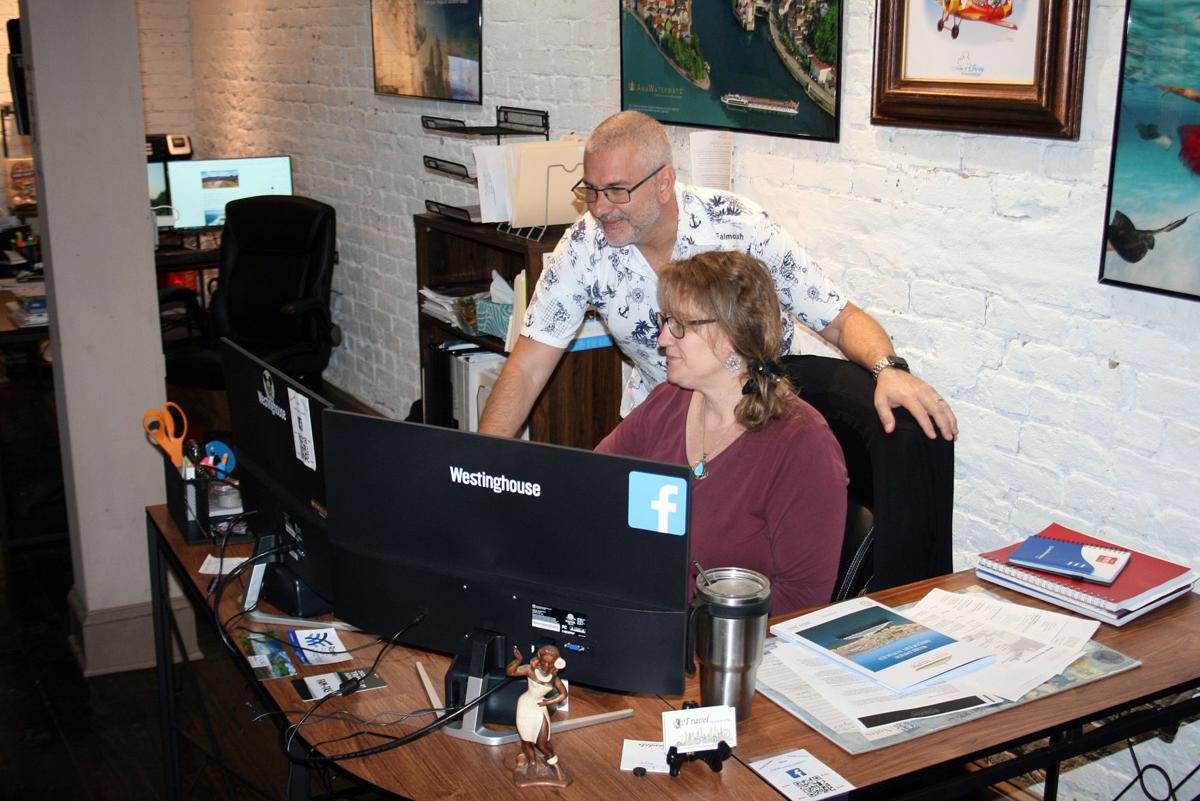 Jon Lapp (left) and his wife, Jo’El Lapp, look over an itinerary for a proposed trip to Italy once the coronavirus situation is stabilized. 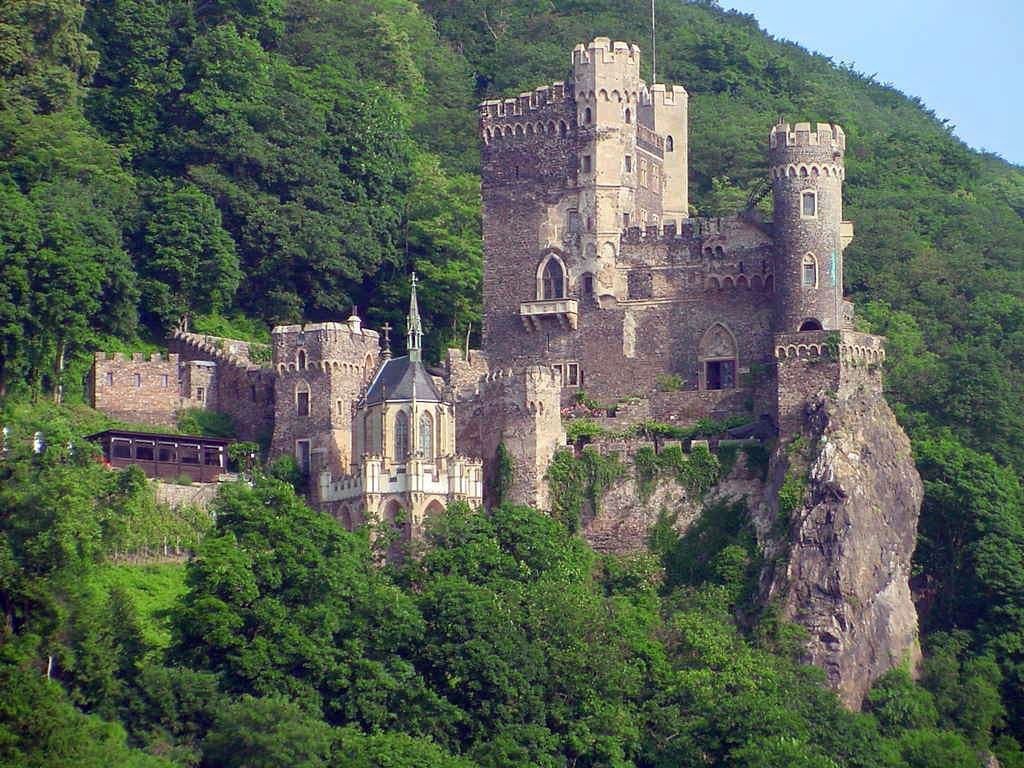 One of many castles visible during a stretch of the Rhine on a riverboat cruise in Germany. 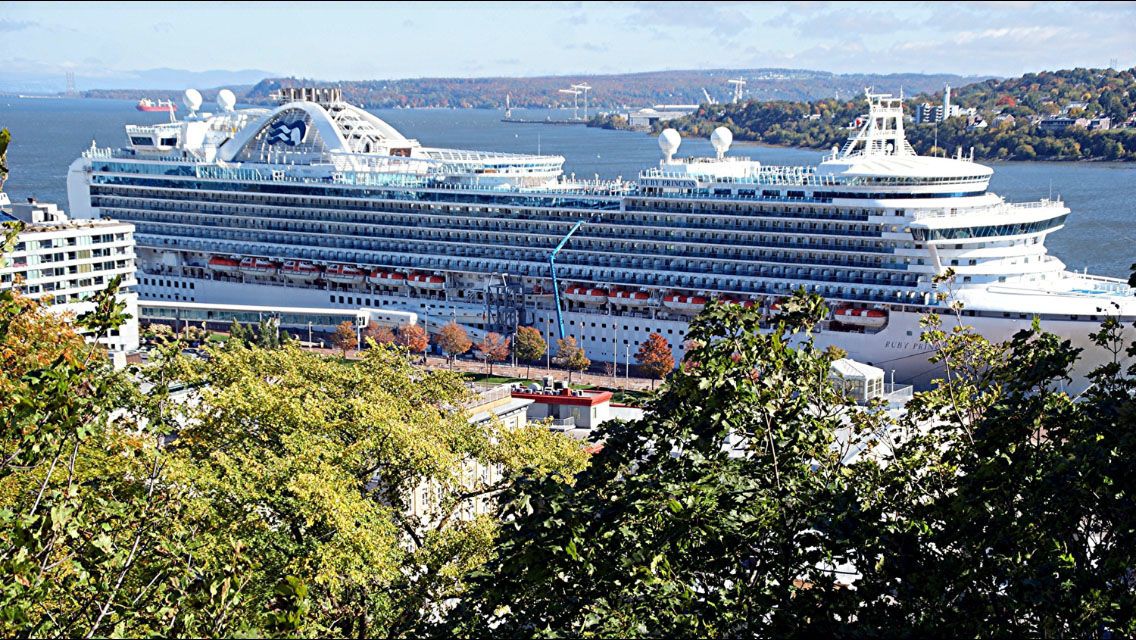 A Princess ship is docked on the St. Lawrence Seaway at Quebec at the end of a 2017 cruise of New England and the Canadian Maritimes.

Jon Lapp (left) and his wife, Jo’El Lapp, look over an itinerary for a proposed trip to Italy once the coronavirus situation is stabilized.

One of many castles visible during a stretch of the Rhine on a riverboat cruise in Germany.

A Princess ship is docked on the St. Lawrence Seaway at Quebec at the end of a 2017 cruise of New England and the Canadian Maritimes.

It’s Memorial Day weekend and the official start of the summer season. So what’s a person, or family, to do for vacation, given a world where COVID-19 dominates daily life.

Governors of all 50 states are now trying ease their states back toward something that resumes normalcy. That means the options are certainly greater than they were at this time last month.

Still the coronavirus looms large over virtually every choice.

Do you really want to fly somewhere? Is is too soon to be thinking about a cruise? Do you want to wade into a crowd at Disney World, or take a chance on a big crowd at Panama City Beach or Jekyll Island? Are campgrounds in the Great Smoky Mountains National Park going to be open? So many questions, so few answers. The only certainty is that a lot of people are tired of being cooped up at home.

The other certainty is that all of the previously mentioned industries desperately need to see customers coming back.

It’s difficult getting accurate, up to date, figures for how much the airlines, cruise lines, entertainment, hotel and restaurant industries have lost over the last three months. It could have only been worse if the lockdown started now as opposed to three months ago.

According to an article in National Geographic magazine last month, the World Travel and Tourism Council, which represents major global travel companies, projects a global loss of 75 million jobs and $2.1 trillion in revenue. There’s no telling when things will get back to what they were.

Jon and Jo’El Lapp brought their at-home travel agency, Travel by Jon & Jo’El, to a storefront at 231 Broad St. around the first of March — about the time that travel all but shut down due to COVID-19.

“All of our trips were canceled. Every one that we had on the books was canceled,” Jo’El said. “If it wasn’t canceled right away ... a few of them waited but, probably in last three weeks, all of them canceled.”

She said many people who are just now going back to work don’t know when they’re going to get vacations. But she believes that, once things start to settle down a little bit and the government gives the go ahead for nonessential travel, business will start to pick up again.

Jon Lapp said they have a couple of new groups that have come together for trips to Key West, one in June and one in July.

Lori Dover, an agent at Magical Travel & Events, 3 Central Plaza, said she is basically just booking for fall and on into 2021. She said she’s got one group booked for August, but most of the rest are for December and beyond.

“We’ll just have to wait and see how it plays out,” Dover said.

Jon Lapp said he doesn’t believe going on cruises will be high on people’s lists right away.

Princess Cruise Lines, part of the Carnival family, has a huge section on its website called “Cruise With Confidence.” The company says the health of passengers and crew is foremost on their mind and they are using temporal scanners to take the temperature of each passenger on embarkation.

Royal Caribbean is allowing guests to cancel up to 48 hours before the sail date and get a future cruise credit good for 12 months or more. The offer applies to existing bookings and new ones made by Aug 1.

“Small ships and river cruising, it’s so much easier for them to maintain cleanliness on those smaller ships,” Jon Lapp said. “I don’t see any more risk with people doing something like that than going to Home Depot or a grocery store.”

Most of the riverboat cruising is in Europe, which means at least a six- to eight-hour flight to reach a point of embarkation like Amsterdam or Barcelona — and those flights are still limited somewhat by the airlines.

“Viking is coming to the Mississippi (River) in 2022 and that should bring some competition to American cruise lines and should bring prices down,” Jon Lapp said. “We can’t guarantee that for sure, but that’s what our feeling is. Competition is always good.”

The Lapps say there are other things that people can do domestically. Looking toward the latter half of the year, they are considering a trip to Quebec to tour the Christmas markets.

Are the airlines and other travel vendors being competitive with pricing in a bid to get people back?

Jo’El Lapp said she hasn’t seen a whole lot of change at this point.

Mike Babb was supposed to go on a cruise to the Caribbean this spring but had it canceled.

He’s supposed to be rescheduled for August but that hasn’t been finalized yet. He said he’s already spoken with his travel agent about a cruise to Alaska for 2021.

“I think the cruise lines are going to be begging for people to come back,” Babb said.

Dover said she’s being flooded with emails from vendors talking about how they are cleaning the cruise ships and overnight properties, following federal regulations related to inspections.

“The cancellation policies from most of our suppliers are pretty fantastic right now,” Jo’El Lapp said. One supplier is allowing people to take a credit for the full amount until the end of 2022.

If people are not booking and not paying for trips, the local travel agents aren’t getting commissions either.

“I’m working, but it’s because I’m handling people’s trips that had to be canceled or moved out to next year,” Dover said. “It’s not actually the kind of working that you’re paid for.”

“Mostly I’m hearing about people going camping (this summer),” Dover said. “They feel like it’s the safest thing to do — going camping instead of staying in a hotel or resort right now.”

The U.S. Forest Service has reopened many of the trailheads and diverse recreational sites. However, The Pocket campground in the northern neck of Floyd County is still closed.

The U.S. Army Corps of Engineers has extended the shutdown of camping and recreation areas at both Carters Lake and Lake Allatoona though May 31. But boat ramps and trail systems at both lakes are still open and accessible.

In Floyd County, Lock & Dam Park is open once again for fishing, hiking and RV camping after a couple of months out of service.

This week’s bestsellers from Publishers Weekly