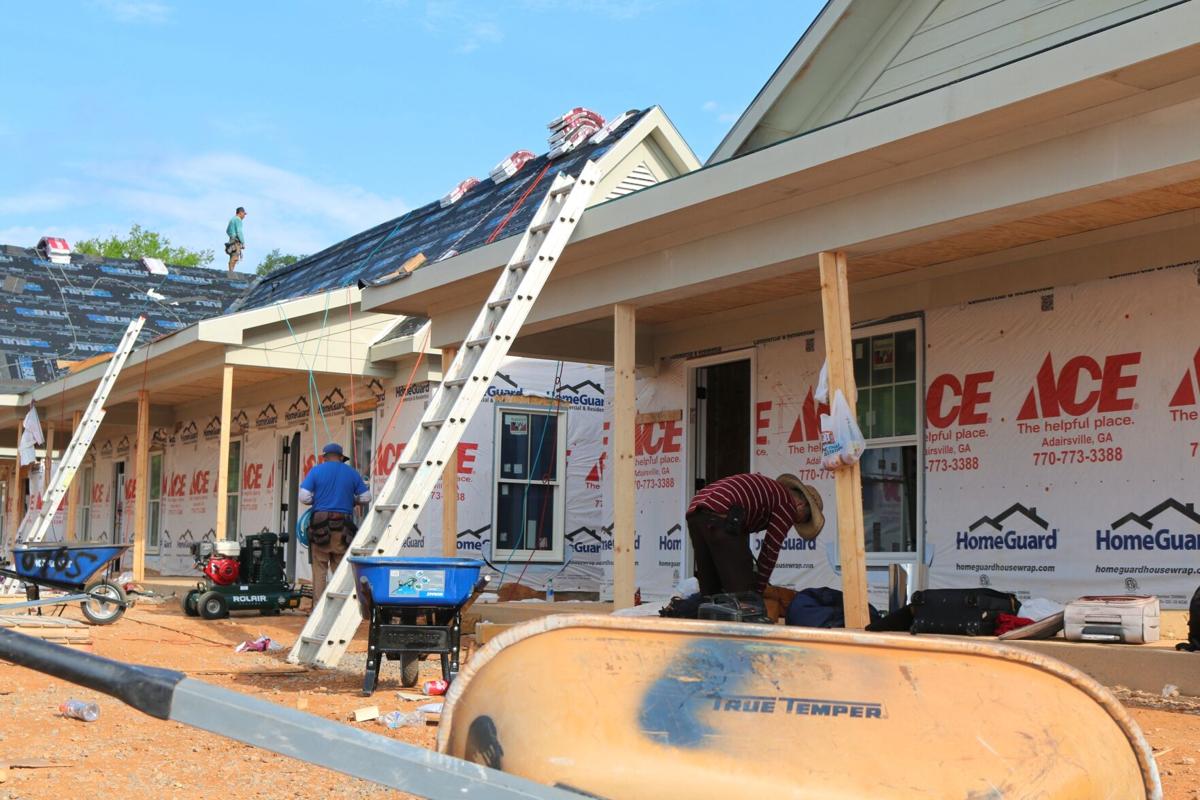 As the homes get closer to completion, workers start hanging windows and doors as well as putting shingles on the roofs early Wednesday. 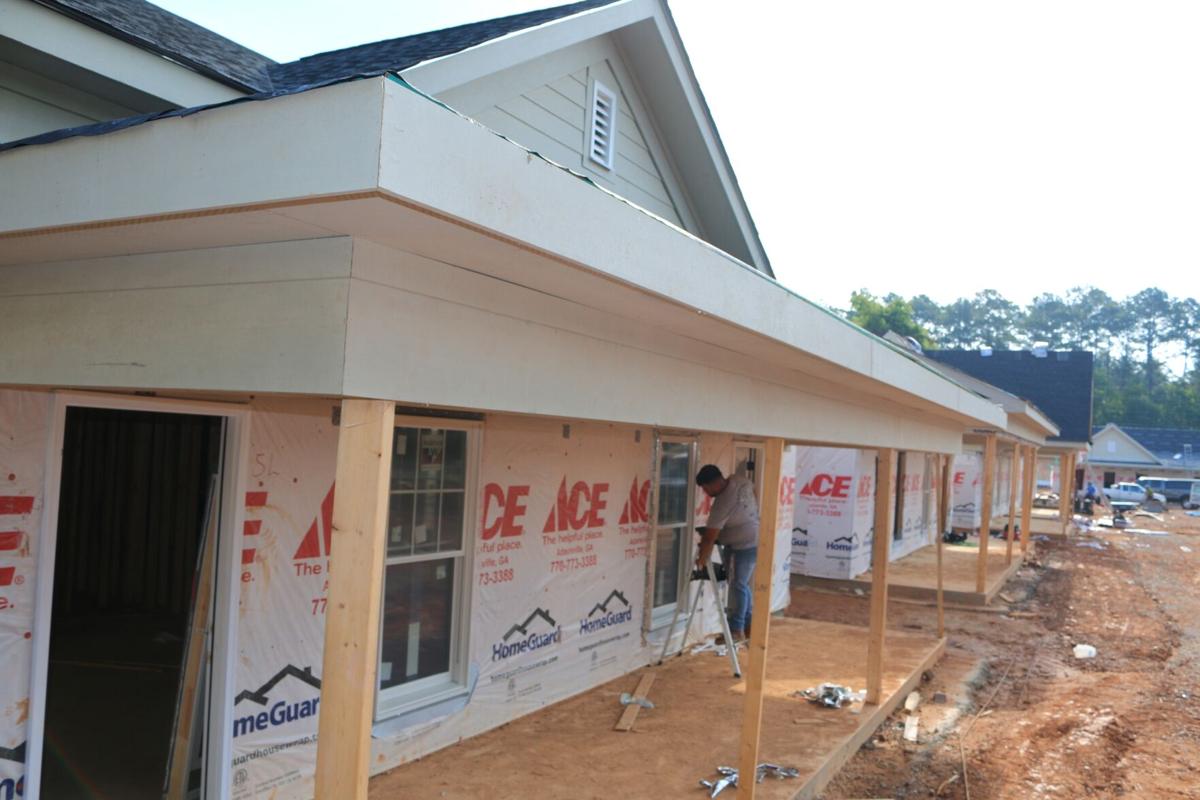 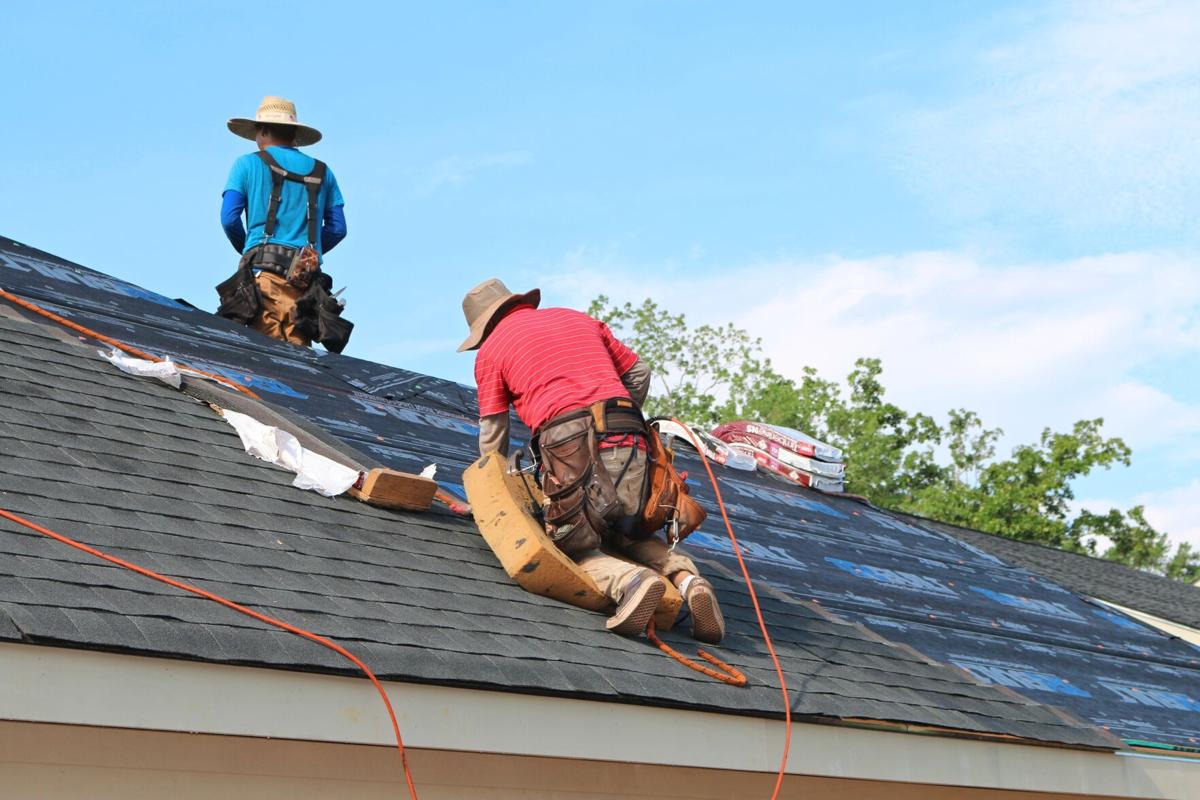 Workers tack down shingles on the roofs of the complex near the Summerville Park neighborhood early Wednesday before temperatures began reaching into the mid 90s.

As the homes get closer to completion, workers start hanging windows and doors as well as putting shingles on the roofs early Wednesday.

Workers tack down shingles on the roofs of the complex near the Summerville Park neighborhood early Wednesday before temperatures began reaching into the mid 90s.

Rent rates for the new duplex apartments being built on Charlton Street in Summerville Park will be competitive, considering the quality of construction, according to Northwest Georgia Housing Authority Executive Director Sandra Hudson.

Department of Housing and Urban Development officials concurred that the proposed rates are higher in many units in cities across the state where the homes are, “not near as nice,” according to Hudson.

The NWGHA board of directors tentatively agreed Wednesday to the proposed rates of $613 a month for the one-bedroom units and $755 for the two-bedroom units. The buildings are expected to be ready for occupancy before the end of the year.

The new development is not considered public housing, but will be available for individuals with Section 8 rental subsidy housing vouchers as long as the tenant is at least 62 years of age.

Authority member Michael Taylor suggested that it might be better to start the rent a little lower coming out of the gate. However, board member Mary Helen Heaner said she feels that — given the quality of the units and the location — they will fill up quickly.

“I think what we’re charging, or may charge, is reasonable,” Hudson said. “But we could, however, lower the price because these are for elderly people living on a fixed income.”

She said the units could be very attractive to older folks who want to be near the downtown district as an alternative to some of the higher-rent for lofts in the area.

The duplexes are expected to be ready before the end of the year.

Also on Wednesday, Modernization Director Howard Gibson reported that foundation pads for 66 apartments are already being poured at the Sandra D. Hudson Villas complex in the area of Spring Creek and East 14th streets in East Rome.

Gibson also told the authority that work should get started before too long on two new duplexes at Joe Wright Village across from the Coosa Valley Fairgrounds.

That will leave only four additional units to complete the 28-unit gated public housing community in North Rome.

Greg Shropshire, director of the Envision Center, also updated the board on the centralized multi-faceted learning center on Brookwood Avenue in West Rome. He said he’s planning a special tutorial hub for public housing students when school resumes next month.

“We know we will have a gap in student academic achievement so we are trying to be proactive and see how we can implement tutorial services here and in Rockmart,” Shropshire said.