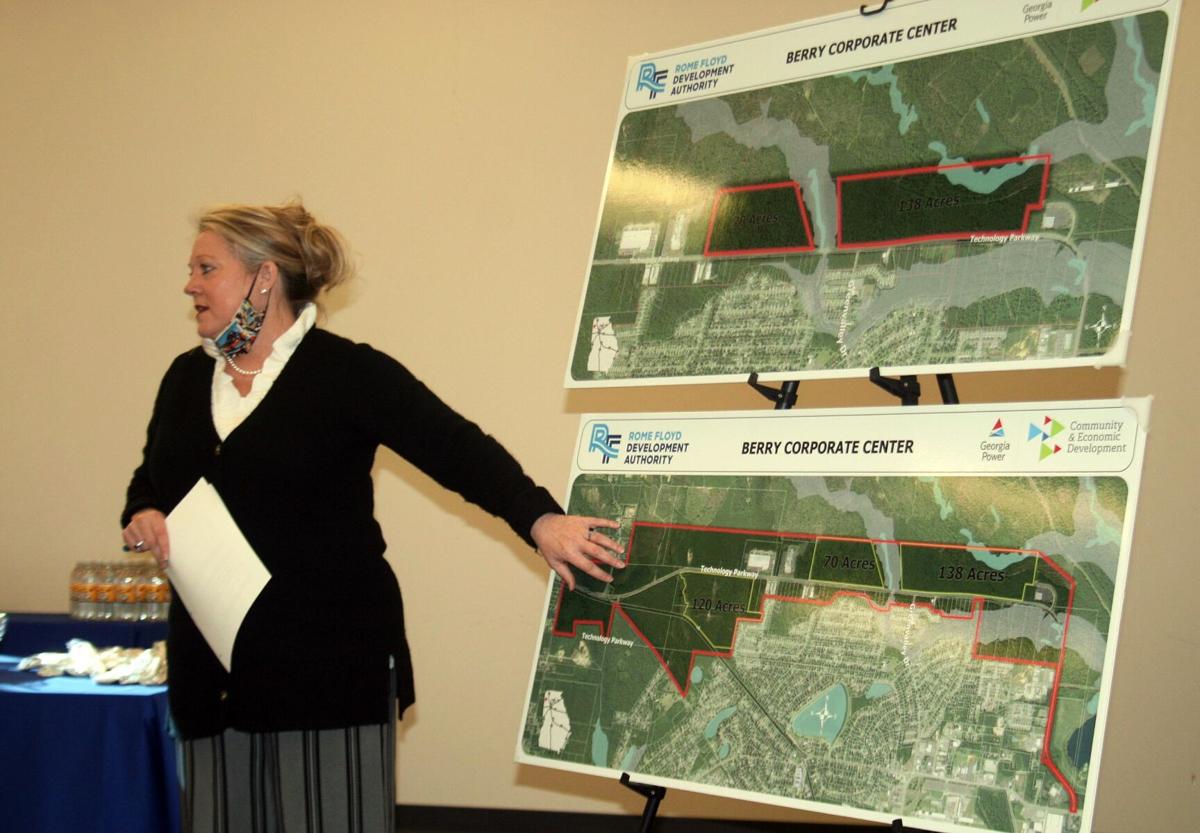 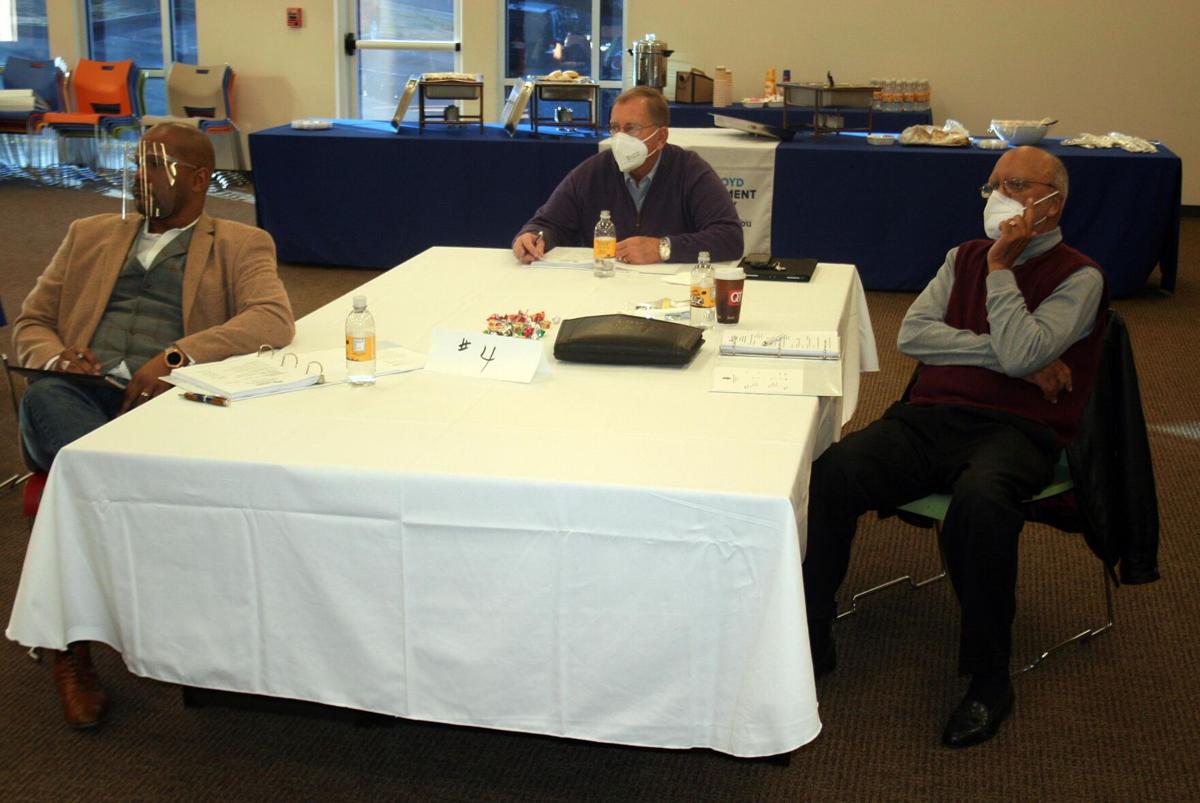 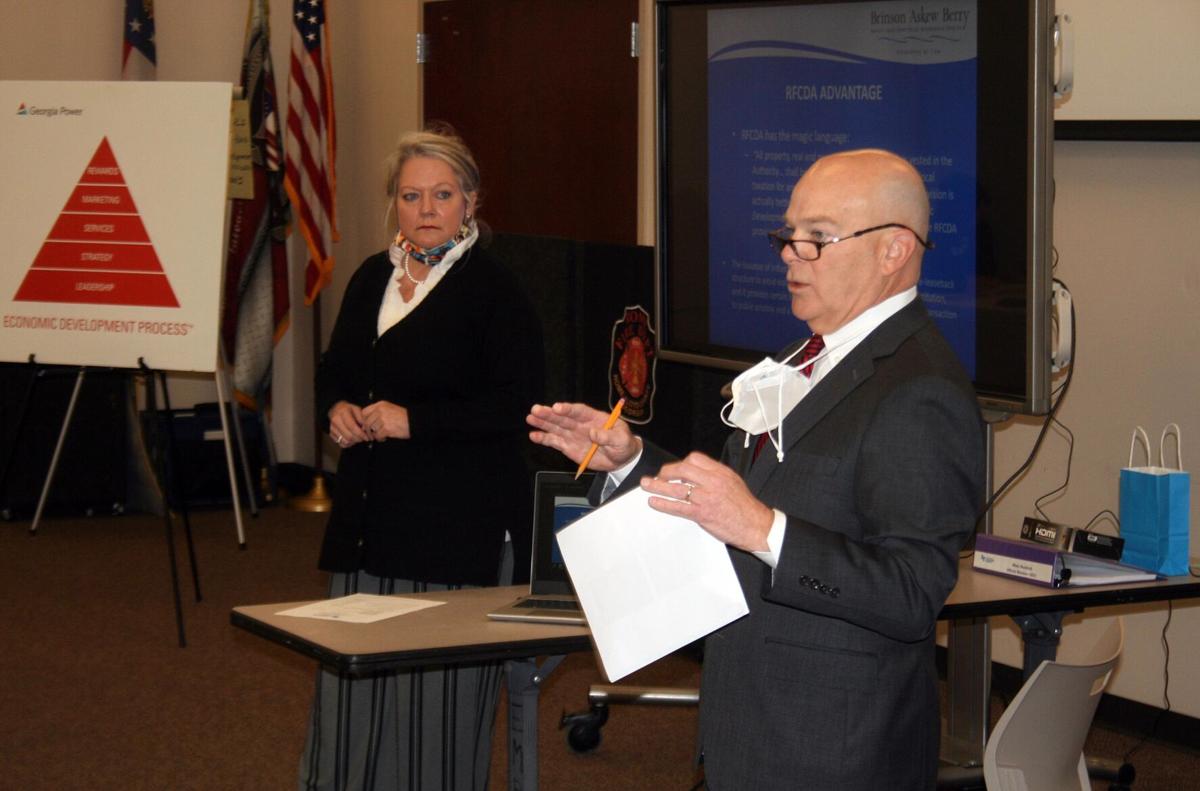 Andy Davis (right), attorney for the Rome-Floyd County Development Authority, goes over the roles of the county’s two development authorities as R-FCDA President Missy Kendrick looks on during a joint planning retreat Wednesday. 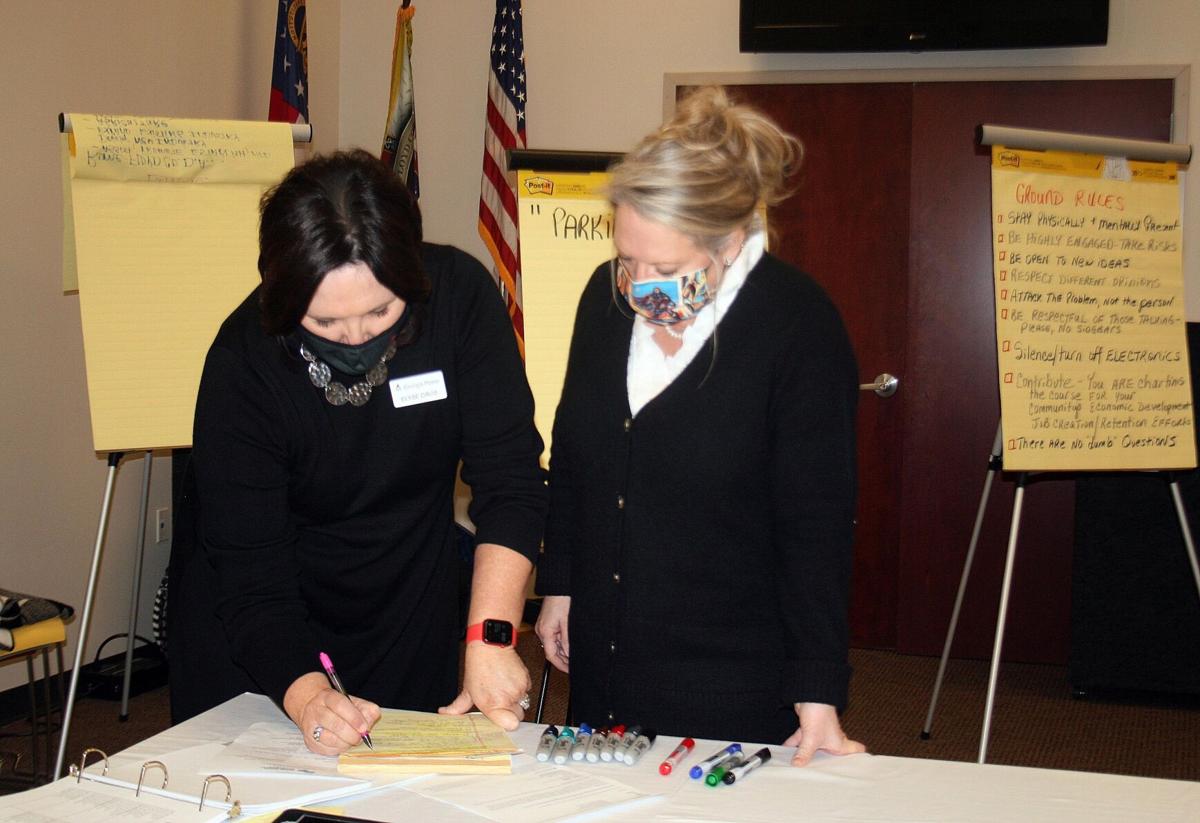 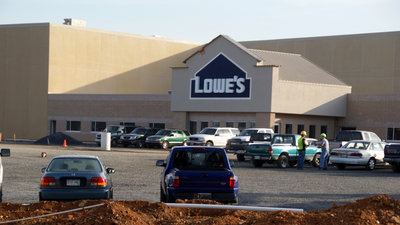 Lowe’s Regional Distribution Center remains the sole occupant of the North Floyd Industrial Park. Two fairly large parcels are still available at the park off Ga. 140 near its intersection with Ga. 53.

Andy Davis (right), attorney for the Rome-Floyd County Development Authority, goes over the roles of the county’s two development authorities as R-FCDA President Missy Kendrick looks on during a joint planning retreat Wednesday.

Lowe’s Regional Distribution Center remains the sole occupant of the North Floyd Industrial Park. Two fairly large parcels are still available at the park off Ga. 140 near its intersection with Ga. 53.

The six-hour session Wednesday served to clarify the roles of the two agencies and lay out a blueprint for job creation in the future.

“It’s sort of cool to get everybody in one room,” said Jimmy Byars, chairman of the R-FCDA.

Corey Townsend, secretary treasurer of the DAFC, said he “would love to see this become a regular thing.”

Elyse Davis, northwest regional manager for community and economic development for Georgia Power, facilitated the meeting. She told the two groups the joint meeting was “one of the wisest things you could ever do.”

The R-FCDA serves as the constitutional authority and is primarily responsible for marketing and approving tax abatement plans for industrial growth, according to its attorney, Andy Davis.

The DAFC was created statutorily a couple of decades later and is the owner of the Floyd County Industrial Park. It also has the power to issue tax abatements, but generally defers to the R-FCDA for that purpose.

The R-FCDA includes the chairman of the Rome Floyd Chamber board, the head of the Greater Rome Existing Industries Association and the heads of the Rome and Floyd County commissions. They appoint three at-large members.

Missy Kendrick, president of the Rome-Floyd County Development Authority, explained that job recruitment is not as much a selection process as it is an exclusion process.

“They are looking for a reason to eliminate you from the search,” Kendrick said. “On paper they are wanting the very best site for their bottom line.”

If a company has a list of 15 sites in 15 communities, Kendrick said, the sooner they can trim that list, the smoother the selection process will go.

Tracey Ussery with the Georgia Power research unit in Atlanta provided a wealth of demographic information that companies often seek when they are getting background about communities under consideration for a new plant.

Highway accessibility was at the top of the list, followed by by the availability of a skilled workforce, labor costs and then quality of life. Kendrick pointed out that quality of life wasn’t even in the list of priorities as recently as 2015.

Rome Mayor Craig McDaniel brought up the housing issue as important to attracting jobs, reporting that the current inventory of single family homes on the market is just 126 units.

County Manager Jamie McCord called the housing shortage “something similar to the chicken and egg dilemma: which comes first, new jobs or housing?”

It’s getting to be housing, Kendrick said.

“Fifty years ago people did follow the jobs ... (but) the workforce now is changing. Now, especially the younger folks are choosing a community first and then try to find a job in the community they choose,” she explained.

R-FCDA member Doc Kibler asked the attorneys representing each board if incentivizing or subsidizing housing was a permitted activity for development authorities.

Elyse Davis also brought up the fact that 80% of the companies that come through the Georgia Power economic development office are initially looking for an existing building.

That triggered lengthy conversation about the importance of a speculative building to show prospect. She said that a 150,000-square-foot building with 40-foot ceilings seems to be favored by most prospects in the market today.

Efforts to create a public-private partnership to build a speculative building have been undertaken in the past, but the community did not get any responses from potential private partners.

Bartow County, and now Gordon County, have been very successful in getting private developers to construct huge warehouse/distribution buildings along the I-85 corridor.

“You’re talking about developers that have traditionally been in the heart of the Atlanta market,” Elyse Davis said. “There’s no space left so they’re being forced into the second tier of communities ... You’re on the cusp of that as the larger property availability shrinks. You all will have that opportunity in the future.”

Efforts of the Rome-Floyd County economic development team have been targeted more toward manufacturers than warehousing and distribution facilities.

The Floyd County Industrial Park, near Georgia Highlands College off US 27 South, has at least four parcels available. One has about 9.7 acres, another has 18 acres, a third has 14 acres and a fourth tract has about 50 acres up near the Pirelli plant.

The North Floyd Industrial Rail site has 110 acres and continues to spark a lot of interest from prospects. It’s only seven miles from I-75, which Kendrick said has been acceptable to most prospects. It is the only site in the Floyd County inventory that could accommodate a facility of up to 500,000 square feet. It is also GRAD certified by the state — Georgia Ready for Accelerated Development.

The Berry Corporate Center has property that sprawls across acreage but the challenge is with the depth of the properties off Technology Parkway.

“We’re doing an updated master plan for this,” Kendrick said. “If a company is looking for 100 acres that is rail served, we can do that right here.”

The Northwest Regional Park in Shannon covers 68 acres, but Kendrick said Georgia Power is helping to divide that up into smaller parcels

When companies actually make site visits, Kendrick explained, they frequently want to meet with representatives of existing industries to get the pulse of how business friendly the community is and get a read on the workforce.

Secrecy in the recruiting effort helps keep other communities from trying to hijack prospective industries, she said. It also helps companies keep their plans secret from competitors, and helps keep the cost of land down.

“What happens to Mrs. Smith’s cost of land when she finds out that Lowe’s wants to locate on it?” Kendrick said.

To wrap up the meeting, members of the two authorities offered up their perceptions of Rome’s strengths and areas for improvement to aid in the recruiting process.

Quality of life, cooperation between local government agencies and the extensive water and sewer infrastructure were all cited as strengths.

The housing shortage, lack of land and buildings ready for new industry, broadband coverage gaps in rural areas and a reactive approach to growth issues — rather than planning for future growth patterns — were seen as “opportunities.”

Kendrick promised that while the session Wednesday may have been the first joint retreat for the two authorities, it won’t be the last.