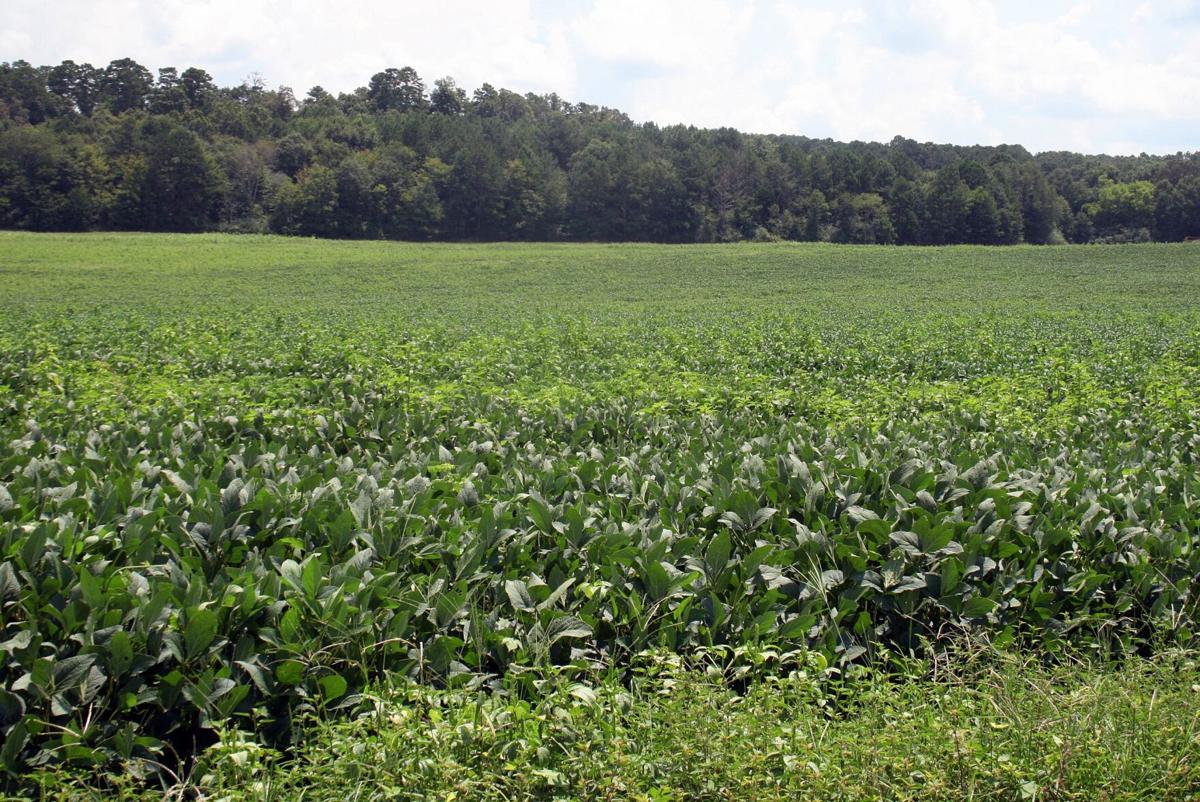 Rome economic development officials hope this property off U.S. 411 East will be growing jobs instead of soybeans soon. The community has taken an option on 202 acres of the Braden Farm for future industrial use. 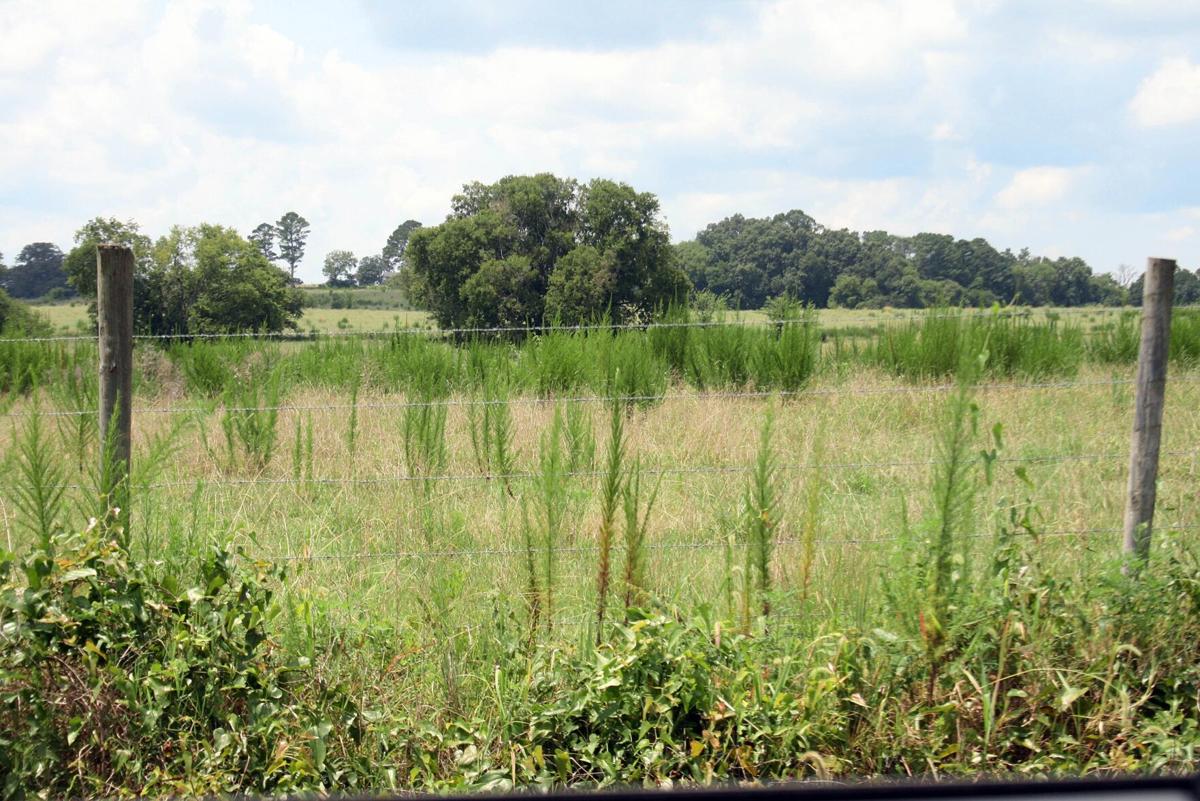 A look westward from Bass Ferry Road across a portion of the Braden Farm that is now under option for a new industrial site. The community agreed to pay just over $4 million for the 202-acre tract. 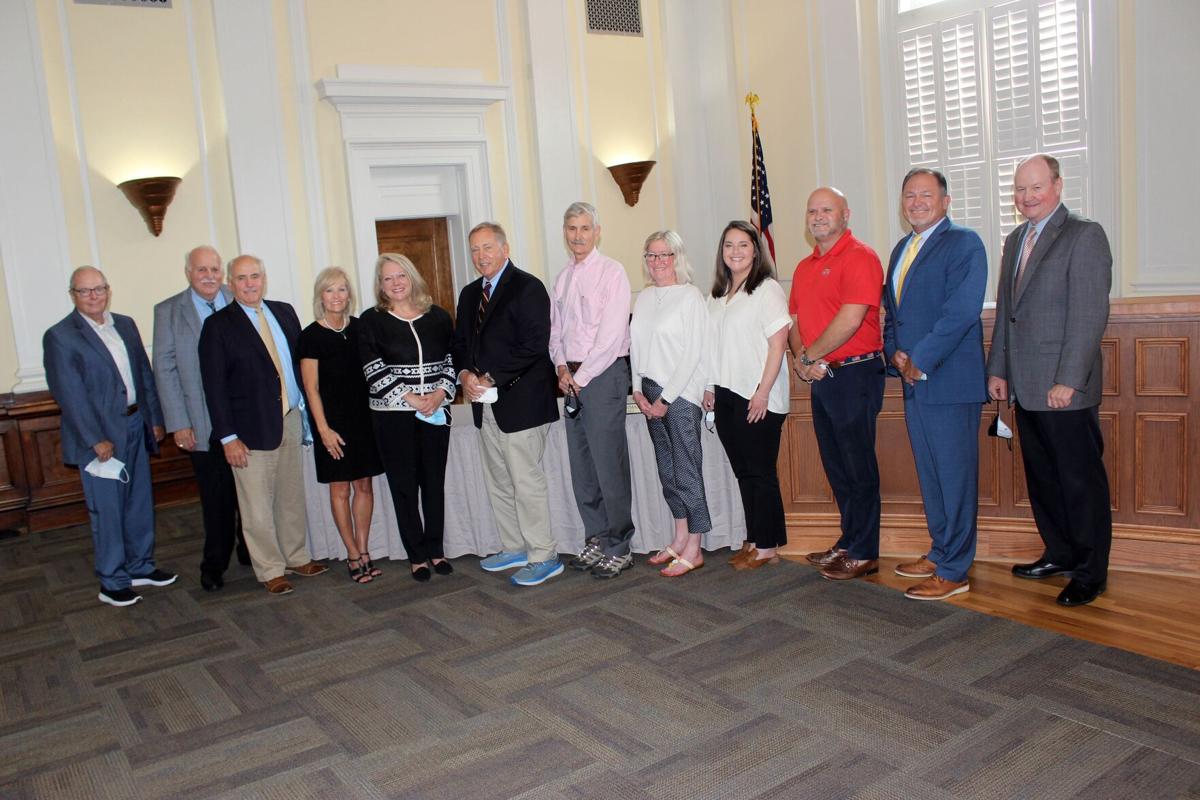 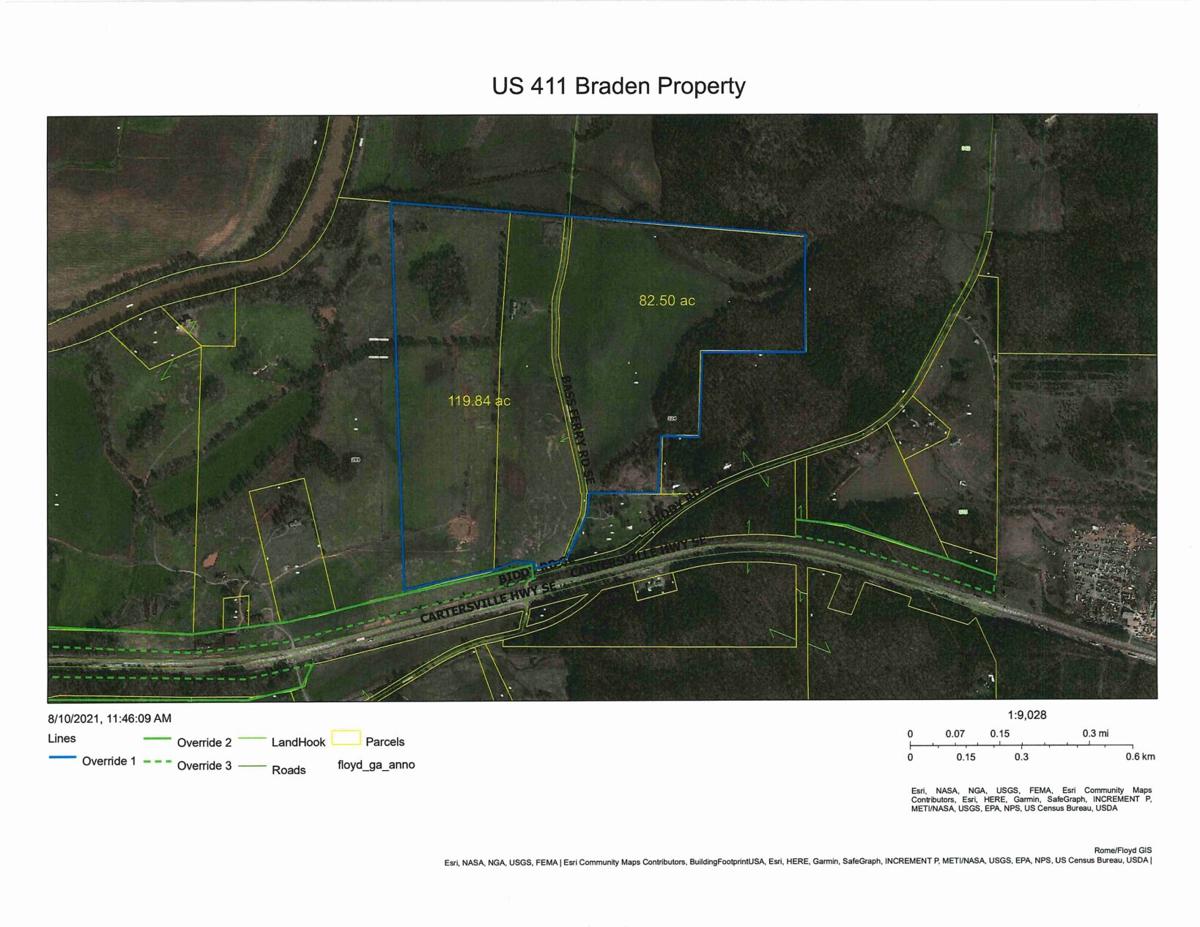 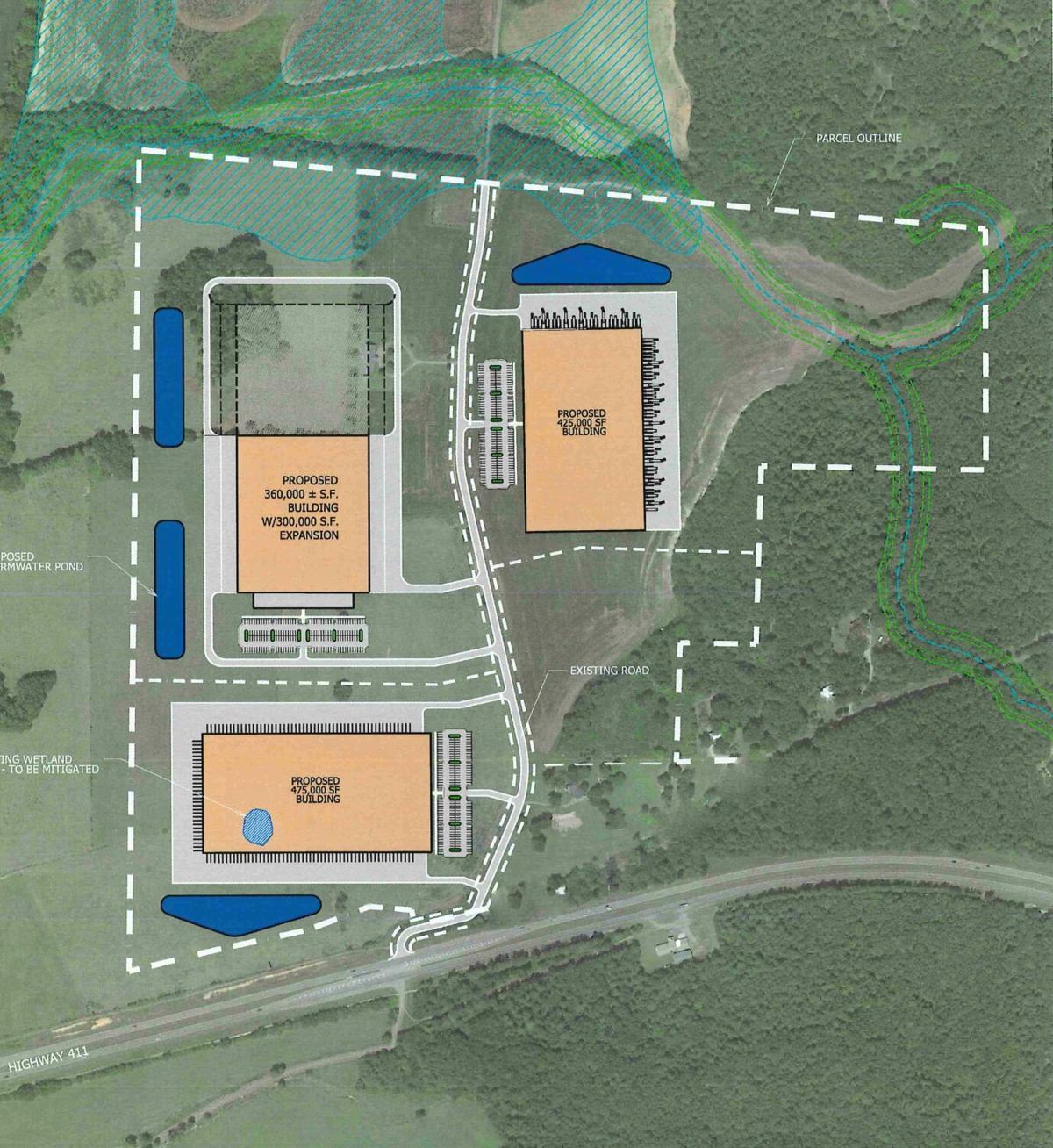 A deal for new industrial property off U.S. 411 between Rome and Cartersville has been a long time in the making.

Serious negotiations between the Braden family and the Rome-Floyd County Development Authority for property off U.S. 411 East have been going on for close to 20 months.

The rest of the story is that talks between the family and economic development leaders have been going on for much, much longer than that.

It was hard to tell who was happier after the family formally agreed to extend an option to the Rome-Floyd County Development Authority for the community to acquire 202 acres of the farm bisected by Bass Ferry Road.

“This family has been so completely fabulous to work with,” said Missy Kendrick, president of the Rome-Floyd County Development Authority. “They struck a hard bargain but it’s absolutely worth what we’re going to be paying for it and I think it’s going to be a game changer for our community.”

Funding for economic development is earmarked in both the 2013 and 2017 SPLOST packages and little has been spent yet. The community is going to be paying $20,000 an acre for the Braden property, making the deal worth a little more than $4 million.

You’ve got to plant and sell an awful lot of soybeans and corn to make $4 million.

What made the timing right for the Bradens to sell off some of the land that has been in the family for more than 100 years?

Pam Braden McAbee said it was a combination of several factors.

“First of all, farming is not what it used to be and (her brother Mark Braden) is really the only one that is farming now,” Pam said. “When we were growing up, everybody worked on the farm.”

Her younger brother Doug, who now lives in Florida, said that conditions have become difficult to even support one family on the farm today — much less all three of the Braden siblings.

None of the next generation in the family have expressed any interest in farming.

The second factor was the change in the administration and potential changes to tax laws, particularly estate taxes.

The third factor directly involves the sale of the land to the community.

Pam said her grandfather Ben Hill Braden facilitated the sale of property for U.S. 411, which split the farm in two. The only other time any property from the farm was sold was in 2009, when the county acquired easement for some frontage parallel to U.S. 411.

“We’ve grown up and I said, you know, it might be the right thing to do to help the community,” Pam said.

The extension of water and sewer service to the site — tentatively being dubbed Enterprise Corner — will help their neighbors and will ultimately be better for the entire corridor between Rome and Cartersville.

“As a community it was imperative that we find some more property to market for economic development,” Kendrick said. “We are very fortunate as a community to have a family like this who is willing to work with us. We owe them a big thanks.”

Water and sewer lines will still have to be run to the site and that won’t be a cheap proposition.

City Manager Sammy Rich said the city has water lines out to Hillindale Drive and estimated the cost of extending water out to the Braden Farm would be between $2 million and $2.5 million.

That will be the first priority, he said.

Sewer lines alongside U.S. 411 stop at the bypass and extending that line may have to wait on an end user, Rich said.

The size of the line and capacity of pump stations can vary based on the amount of sewage that will be generated.

Rome Water and Sewer Division Director Mike Hackett estimated the cost of the sewer line could be as much as $3.75 million.

“We are already looking at how to accomplish that quickly,” Kendrick said.

Not the first choice

The farm acreage was not the first choice of the economic development leaders. They were looking at acreage on the south side of 411, which Kendrick dubbed Braden South.

“After looking at that property, the cost of development on that property was too high,” Kendrick said. She went back to the family to see if they might be interested in selling some of the property on the north side of the highway.

A portion of the property under option, the parcel on the east side of Bass Ferry Road, is in a state conservation easement, which County Manager Jamie McCord said can be relieved. County Attorney Virginia Harman is already working on that.

The county hopes to be able to close on the purchase of the property sometime during January of 2022.

Doug Braden said the sale also includes a barn built by Carl Bouckaert of Beaulieu Carpet fame and other partners, designed to house an equestrian team for Darlington.

“That didn’t pan out so we just took it back,” Doug said.

A conceptual plan showing three industrial buildings on the property is just that — a concept the community is able to show to prospects.

“We are not going to divide the property up, we are going to leave it whole until we need to divide it up,” Kendrick said. “The plan right now is to target manufacturing.”

“We have other locations for potential spec building sites,” she added.

At this point, the plan is to get the acreage certified as a Georgia Ready for Accelerated Development property, a process that can take three to six months under the best of conditions.

The COVID-19 pandemic has stretched the schedule of some engineering firms, so it could take even longer.

The sale of the Braden farm property right on the Rome-Cartersville Development Corridor — formerly called the 411 Connector — coupled with the extension of water and sewer to the site could open up other locations between Rome and Cartersville. Time will tell.

The site is approximately three miles east of the bypass and there is essentially no other development between the ServiceMaster facility on Hillindale Drive and a convenience store just west of the Shaw plant in Bartow County.

However, Kendrick said since they’ve revealed plans for the land as an industrial site, that should hasten other development along the corridor.

As fires threaten the Ancient Ones, sequoia lovers wonder what else will no longer endure

United Air CEO says 98.5% of US employees have been vaccinated

A gun was stolen from a small shop in Wisconsin. Officials have linked it to 27 shootings in Chicago.