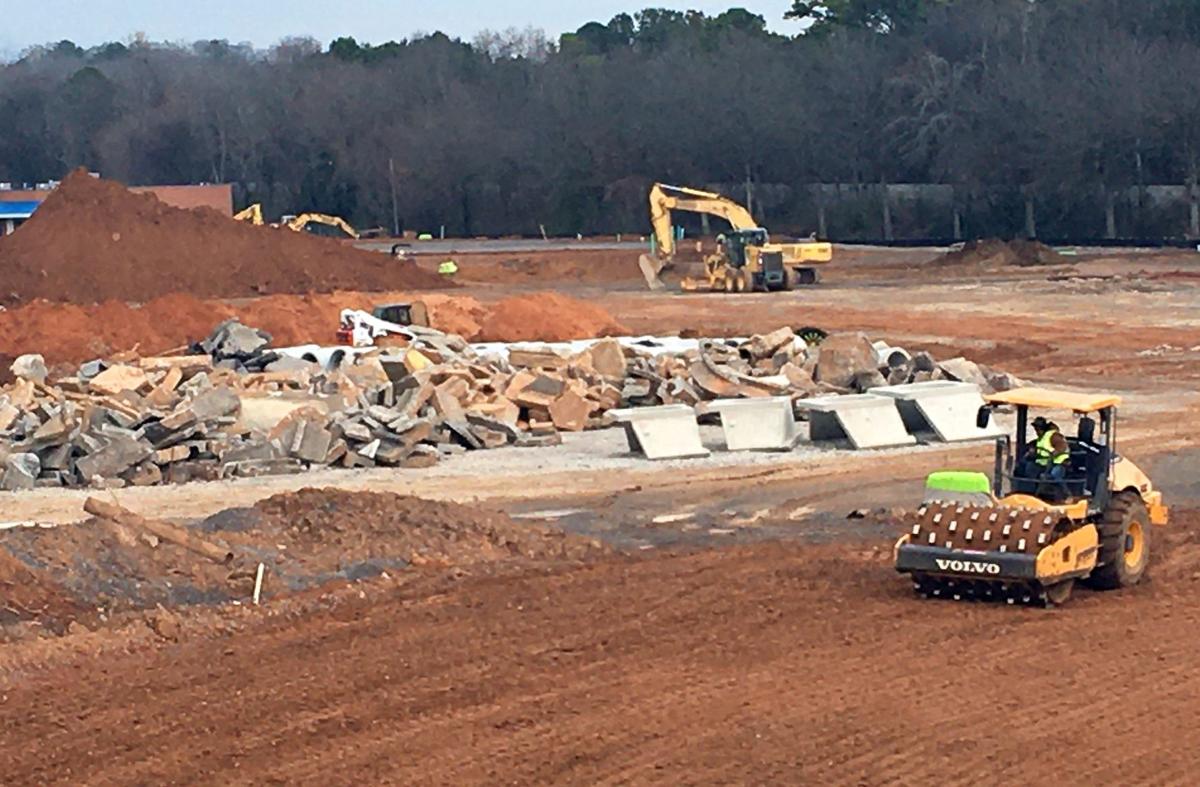 Work on the grading of sites for retail shops at what will become the East Bend shopping center is expected to continue for another couple of weeks. 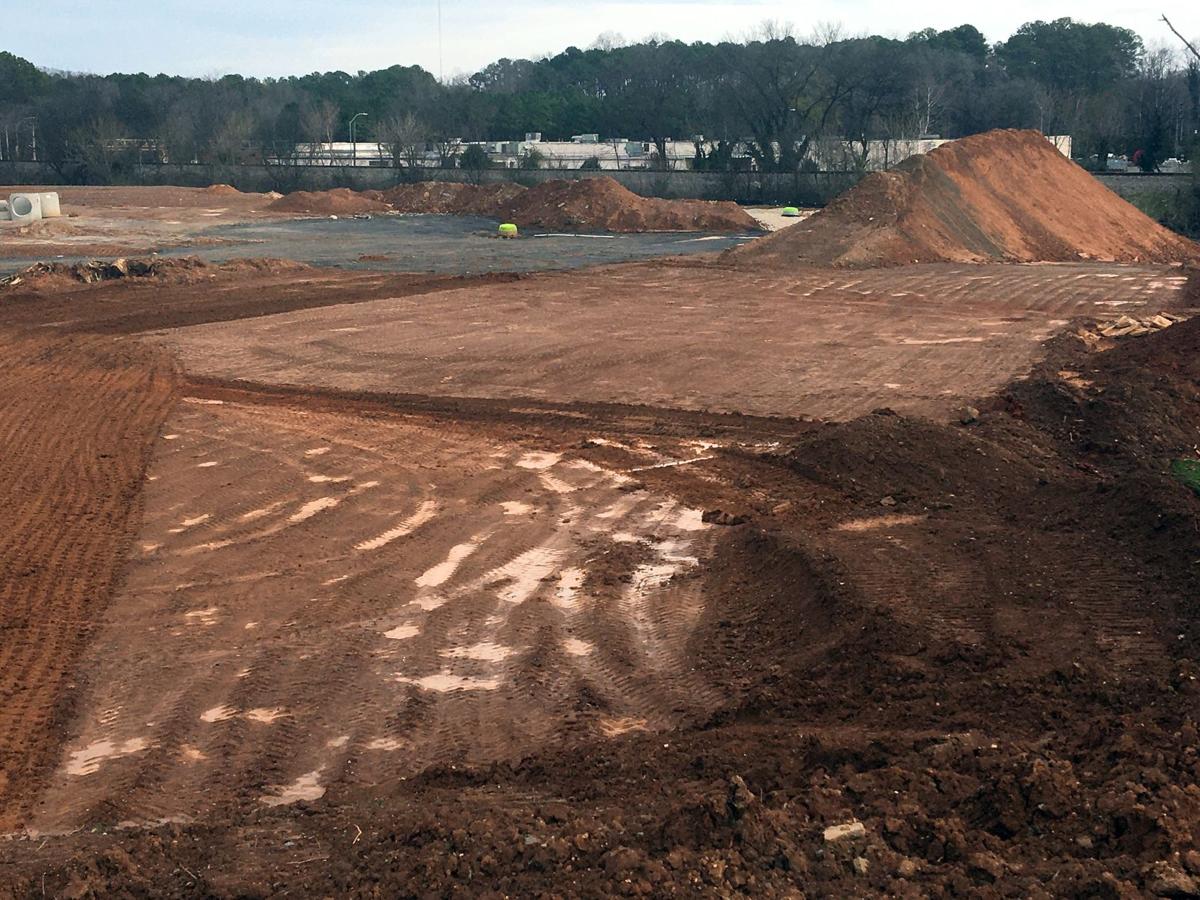 Graded pads for new retail space off Turner McCall Boulevard and Hicks Drive are starting to take shape. Buildings are expected to start rising in February.

Work on the grading of sites for retail shops at what will become the East Bend shopping center is expected to continue for another couple of weeks.

Graded pads for new retail space off Turner McCall Boulevard and Hicks Drive are starting to take shape. Buildings are expected to start rising in February.

The new East Bend shopping center at the intersection of Turner McCall Boulevard and Hicks Drive in East Rome is expected to start rising from the recycled remnants of the old Kmart sometime in February.

More than 6,800 tons of demolition debris was recycled on site and used to stabilize the new infrastructure.

Rome developers R.H. Ledbetter Properties expects to be able to hand off buildings to future tenants in time for the 2020 Christmas shopping season.

The Ledbetters have always opted to allow their tenants to make the announcements regarding a decision to join the development. At this point, several have filed building plans with the Rome Building Inspection office for review. Texas Roadhouse, Chipotle, Panda Express and McAlister’s Deli are among the restaurant choices. Discount Tire and Five Below have also submitted plans for review.

Joe Holmes, executive VP for leasing at Ledbetter Properties, said that as we turn the page on the calendar almost 90% of the space is committed.

The development will be more than 110,000 square feet with three primary anchors located toward the east end of the site, closest to the shopping center which hosts the Goodwill store and others. The East Bend tract will include five outparcels and another strip parallel to the railroad line with another 29,500 square feet of small shops.

Most of the shops that the Ledbetters are seeking to add to East Bend are new to the Rome market. Holmes said that an independent analysis of the Rome market revealed a need for apparel stores. Kohl’s and Old Navy have been mentioned most frequently as likely tenants, though neither at this time has filed any paperwork related to the project. Kohl’s has never been in Rome, however Old Navy was at Mount Berry Mall years ago.

Rome approved a $1.9 million Tax Allocation District financing plan to assist with the development of the $25 million project. The Ledbetters will be returned $131,231 a year over 15 years to assist with infrastructure work, storm water drainage, water and sewer service and road work associated with the project. The payments will come from the anticipated increase in taxes generated by the new development.

Wright Ledbetter told members of the agency Friday that the $1.9 million would not cover what he called a $2.38 million feasibility gap in the initial development expenses, but the company was willing to take the risk and could see a return on investment within six years.

The Week Ahead: Pricing in politics and election anxiety