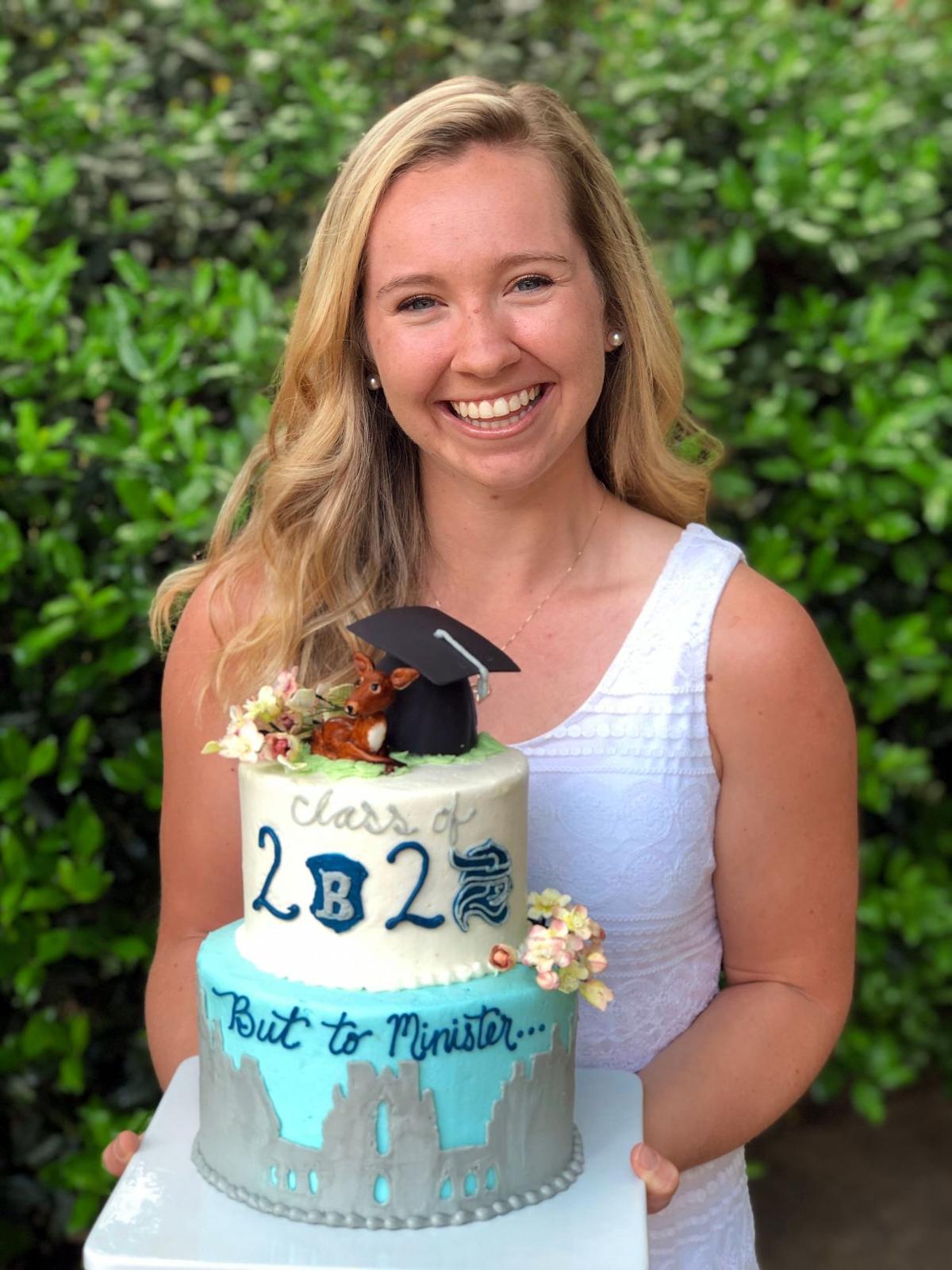 Jorie Hodapp, winner of the Berry PITCH competition, holds one of her homemade cakes. Hodapp won $8,000 for taking top honors in the competition to highlight student business ideas this spring. 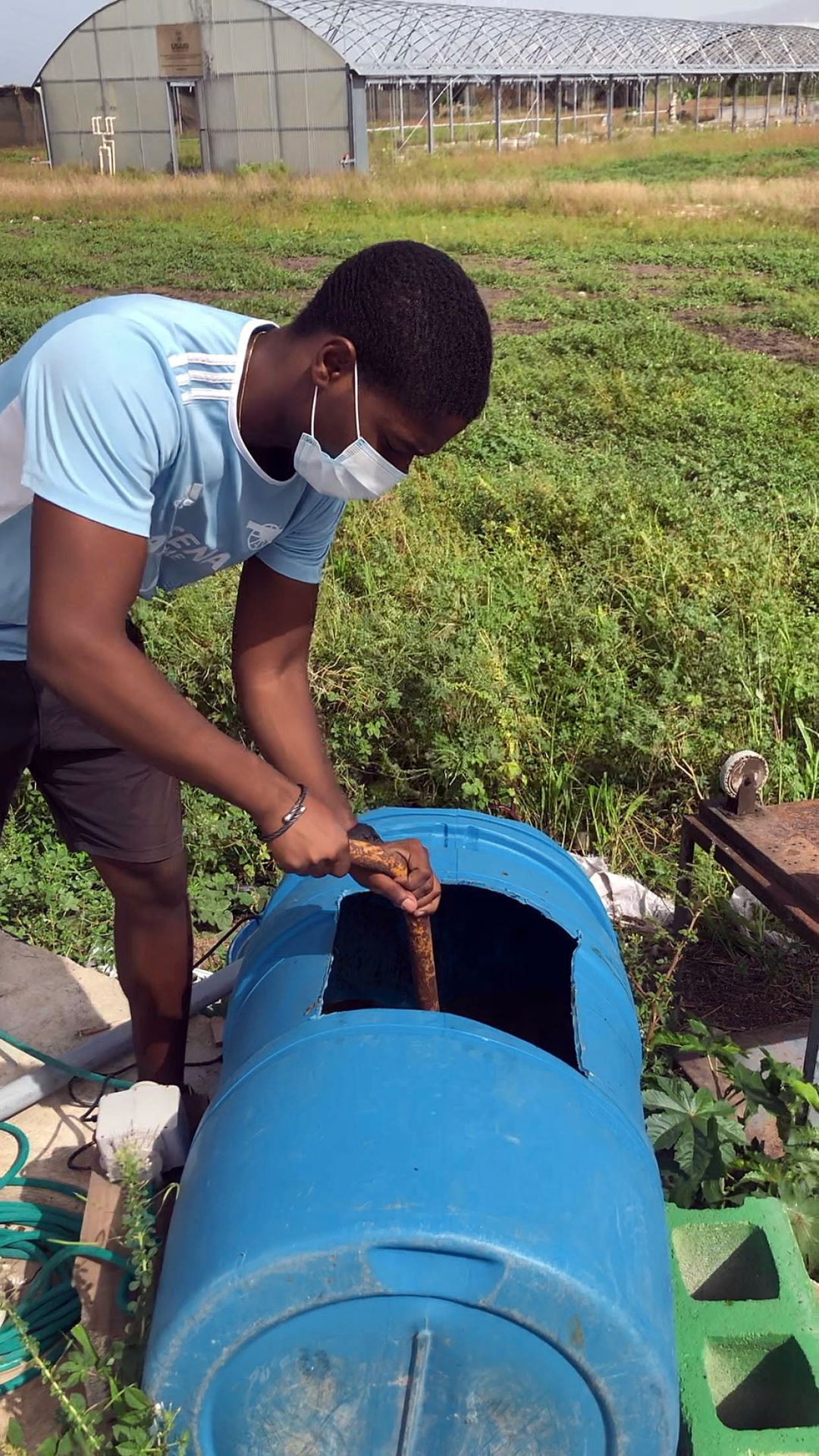 Berry student Darryl Delsoin mixes organic waste in a digester prior to converting it to a gas. His business, dubbed Resinab, won second place in the Berry PITCH competition. 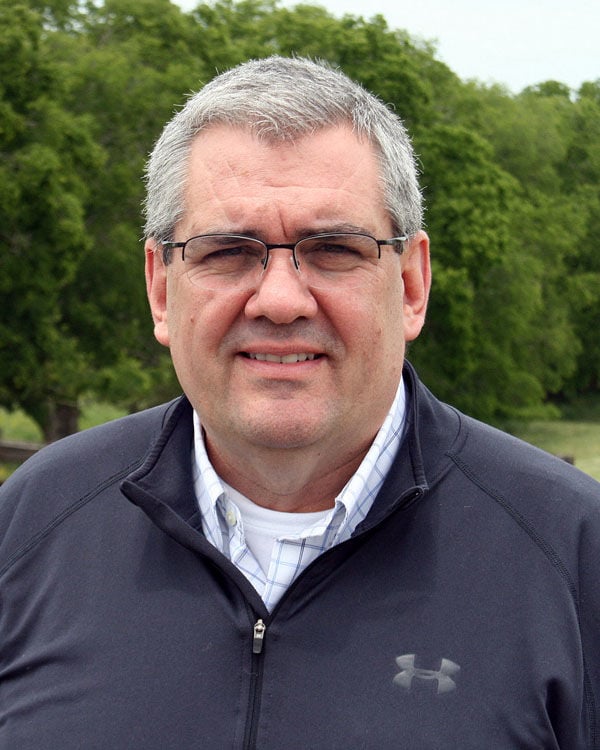 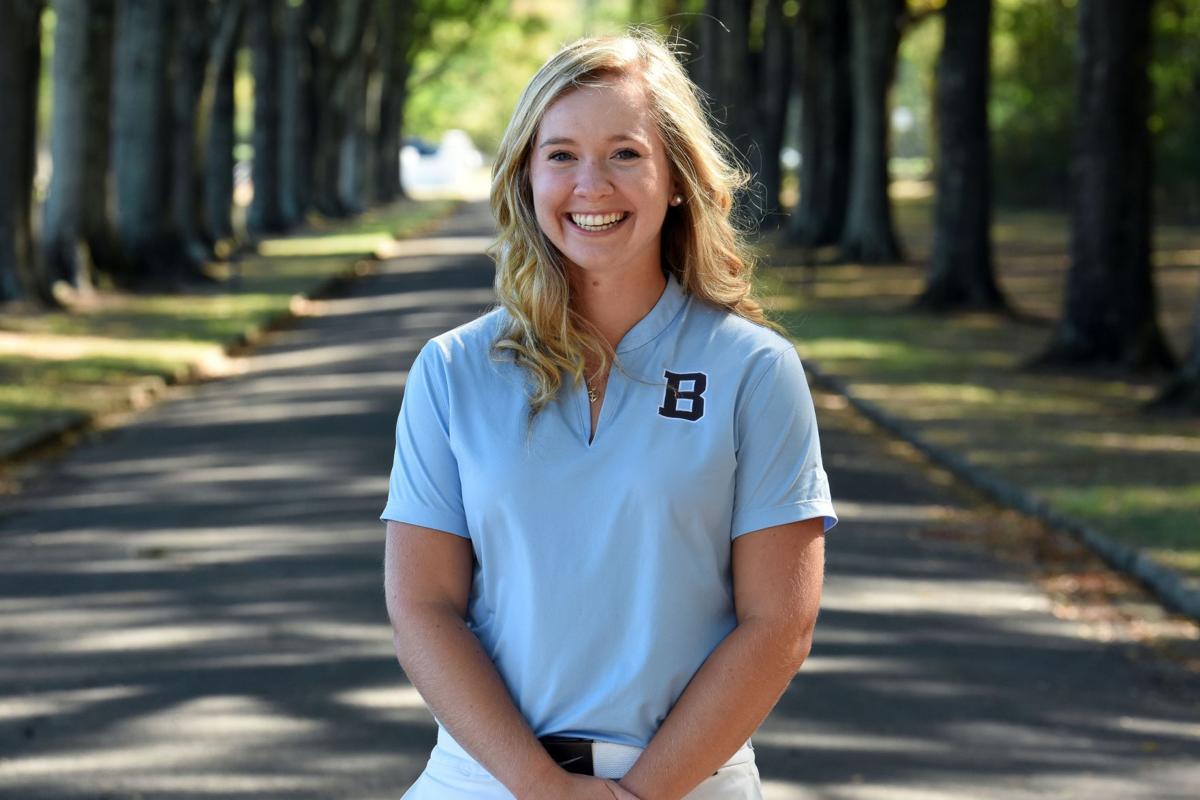 Jorie Hodapp, winner of the Berry PITCH competition, holds one of her homemade cakes. Hodapp won $8,000 for taking top honors in the competition to highlight student business ideas this spring.

Berry student Darryl Delsoin mixes organic waste in a digester prior to converting it to a gas. His business, dubbed Resinab, won second place in the Berry PITCH competition.

The Berry College Student Work Program is one of the most important aspects of the student experience. Entrepreneurship has long been a hallmark of a Berry degree.

Students also have another opportunity to learn more about innovation and entrepreneurship — by developing an idea, creating a business model and pitching it to judges.

The PITCH competition — similar to the nationally syndicated television series “Shark Tank” — is coordinated through the Center for Student Entrepreneurship & Enterprise Development, led by Kevin Renshler.

The PITCH competition is divided into two categories, one for specific goods and the other for services. It’s open to all Berry students, not just those in the entrepreneurship program.

Because of the COVID-19 crisis that sent students away from campus at spring break, the competition had to be revamped this year.

The work was nothing new to Berry senior, and now graduate, Marjorie “Jorie” Hodapp from Villa Rica. She registered her first company, Jorie Cakes LLC, seven years ago and has been baking since she was 12 years old.

“I needed it to make money,” Hodapp said. “I tried babysitting — that just wasn’t for me.”

She started off by taking some cake decorating classes and eventually worked up to baking her own cakes and cupcakes.

Hodapp finished third in the 2019 competition, winning a $5,000 prize and sparking her resolve to do better this year. She said winning third place changed the course of her business. It really took off after the competition ended.

This spring, Hodapp combined her business management studies and skills in the kitchen to win first prize in the annual PITCH competition — earning $8,000 for her virtual baking classes. In addition to first place in the Services Division, she was also named the Judges’ Overall Winner.

Renshler said Hodapp’s project initially involved creating a meeting space for small to medium events in downtown Rome that she could cater. In fact, she entered that project in a similar competition at the University of Tennessee Chattanooga and advanced to the semifinals.

Along came the coronavirus and Hodapp realized that a meeting place project was probably not a good idea given the circumstances. So she pivoted to create an online “Stay Celebrating” campaign of videos and baking classes that raise brand awareness for her Jorie Cakes.

“Most baking videos with beautiful cakes and pastries seem unattainable and that’s where her idea of live virtual baking classes came from,” Renshler said.

The response was incredible — and rewarding, Hodapp said.

“Not only was it fun to film, edit and post baking videos, but people loved it!” she said. “I just wanted to do something that would help spread joy to people.”

Hodapp will be returning to Berry in the late summer, COVID-19 permitting, to start work on a graduate degree in the entrepreneurship program.

One day her dream is to have her own storefront bakery.

She plans to sock away most of the prize money from the PITCH competition to save for that bakery but will use some of the proceeds to help further her education.

Erika Sprecher won the $5,000 first place prize in the Goods Division for her idea of custom gifts for campus bookstores. Renshler said Sprecher’s project was born out of a change in how the college bookstore will operate in the future.

Sprecher developed a 3-D printing business to make custom jewelry, earrings, necklaces, ornaments, bag tags and things like that. A lot of the product was geared around Berry College.

The college opted to change bookstore operations from a third-party vendor to a student enterprise. Renshler said it was cost-prohibitive for the student enterprise to order jewelry and similar items in large enough quantities to make them affordable.

But Sprecher realized she could produce those items in smaller amounts at a feasible price point — so she decided to take on the service for all eight schools in the Southern Collegiate Athletic Conference, which Berry is a part of.

Makenna Cooper was runner-up in the Goods Division with her Scrunchie Subscription Box. She received $3,500. Third prize, $2,000, went to Trinity Hutchins for her Evaysia idea. The fourth prize was shared by Harmony Petty for Harmony’s Crafty Creations and Acacia Nicholson’s Cannabi project. They each received $1,000.

Behind Hodapp in the Services Division was Darryl Delsoin, who received second-place money of $3,500 for Resinab. He also was Audience Overall Winner and got another $1,000.

A native of Haiti, Delsoin developed a system for converting organic waste into a gas that can be used in a home setting for heat or cooking. The byproduct of his process creates a natural fertilizer which he is selling to sustain the business.

Right now he is at home in Haiti serving one family with his product, but he hopes by the end of summer to be able to provide gas for up to 10 families.

Jeheil Lemon placed third and received $2,000 for his Growth Process Gym, while Rosa Brenes placed fourth and received $1,000 for her Moon Town project.

“The goal for the program is to move it forward and just do it better than we did the previous year,” Renshler said.

He said the uncertainty resulting from COVID-19 provided an unexpected life lesson. Students learned that they may find themselves in a position where they have to make swift changes once they get out into the business world.