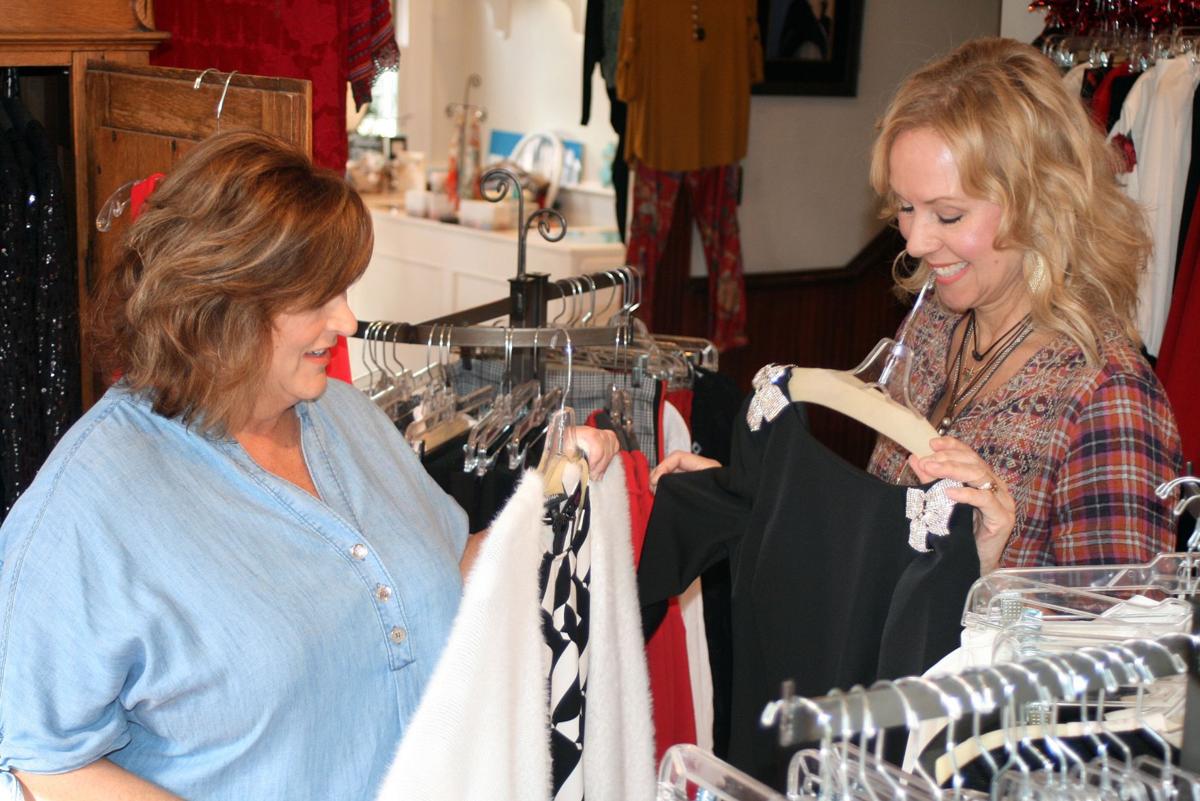 Melanie Morris (left) and Mimi Weed of Mel & Mimi, 203 E. Eighth St., check out pricing on some of the items in their boutique in advance of a Black Friday sale. 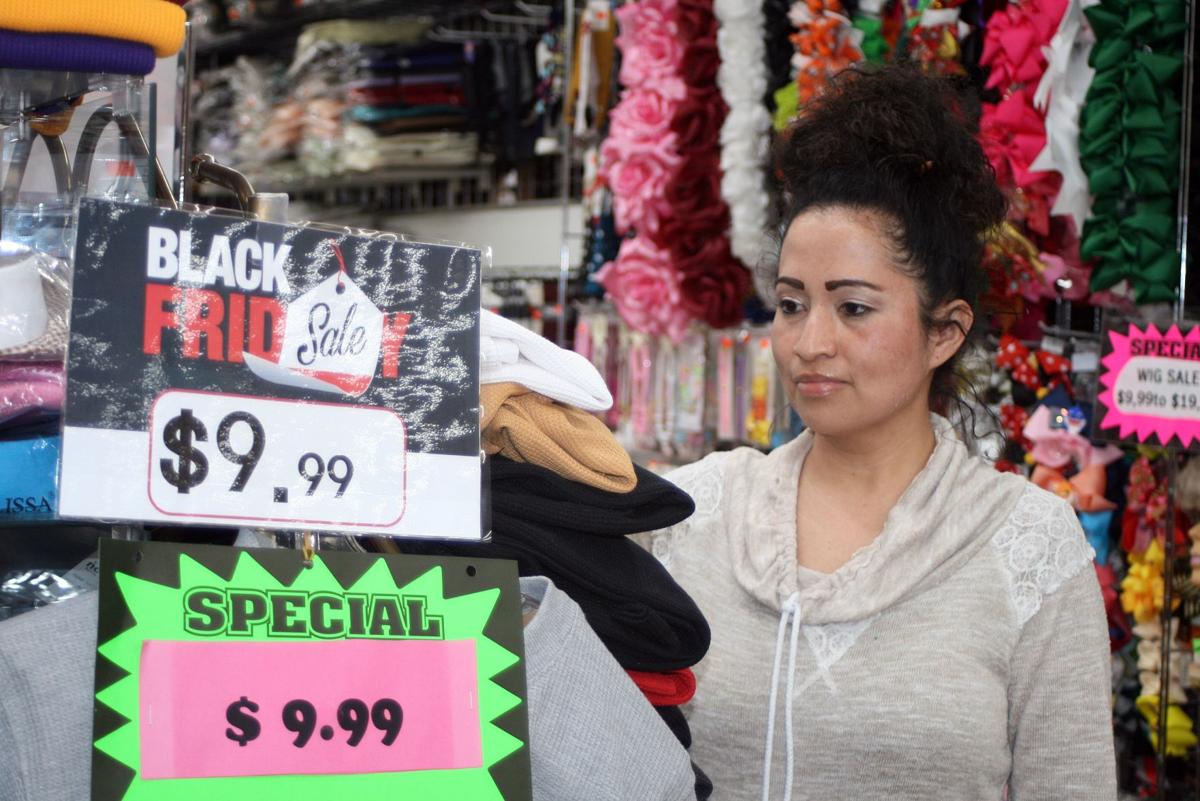 Soemmia Portamarin checks the merchandise on a shelf in Koman’s, 219 Broad St., prior to the big Black Friday sale.

Melanie Morris (left) and Mimi Weed of Mel & Mimi, 203 E. Eighth St., check out pricing on some of the items in their boutique in advance of a Black Friday sale.

Soemmia Portamarin checks the merchandise on a shelf in Koman’s, 219 Broad St., prior to the big Black Friday sale.

Black Friday has long been regarded as the unofficial start of the Christmas shopping season.

There’s some disagreement about the origin and meaning of the name. Some retail historians claim it was first coined half a century ago in Philadelphia, as a result of the thick smog from the crush of vehicles carrying shoppers out for holiday deals. Some economists claim the term refers to the time when retailers’ balance sheets turn from red to black

Belk was offering more than 1,000 doorbuster items with savings of up to 75% on Wednesday — and the store in Mount Berry Mall is slated to open at 4 p.m. Thanksgiving afternoon.

Dunham’s Sports in the mall is offering a variety of early bird specials from 3 p.m. Thanksgiving afternoon until 6 p.m. on Black Friday.

Mount Berry Mall will open at 7 a.m. Friday morning with stores remaining open until 10 p.m., an hour later than normal.

“We offer a lot of incentives, a lot of savings to encourage shoppers to shop local and shop small with us,” Weed said. The shop will open at 8 a.m. on Friday.

“We do have customers who don’t really care to get into the mix of big crowds so it’s fun putting on the ball cap, grabbing their cup of coffee and coming over for some shopping in the morning,” she said. “We usually just have a really good time and see some folks that we only see once a year for the holidays.”

Jeanne Krueger, president of the Rome Floyd Chamber of Commerce, said the chamber stresses the importance of shopping with the local small businesses.

“This is job growth. These are the resources that are provided to our schools through sales taxes — extra things like computers, physical education equipment and things like that,” Krueger said.

The chamber has produced material that indicates that for every $1 spent in local small businesses, 67 cents stays within the community.

It’s tough for the smaller businesses to compete with the deep discounts at the big box stores and Internet pricing, but Krueger said customer service can trump the convenience of online shopping, which has also become a hallmark of Black Friday and Cyber Monday.

“When you take into consideration — take clothing, for example. If it arrives and it doesn’t fit, you have to return it. That’s an added expense and hassle of time to go through all of the steps,” Krueger said.

Saturday has been designated Small Business Saturday, something that was initiated by American Express several years ago.

Joseph Oh, longtime owner of Koman’s at 219 Broad St., has a lot of signs promoting Black Friday sales inside his shop, but he admits it is generally not real busy.

Even local restaurants are getting into the Black Friday frenzy. Ginny Kibler at Harvest Moon on Broad Street is having a 20% sale for Friday.

Then there’s the flip side, with specialty retailers like Rip Montgomery in Cave Spring, owner of The Peddler and Antiques on the Square at 22 Alabama St.

“We don’t participate in Black Friday. Never have,” Montgomery said. “We wait ‘til they go do it, and when they get back to their senses, they come shop with us.”

The store, containing lots of Christmas-type merchandise, has been very successful in not doing “the Black Friday thing.”

“We’re sure not gonna start doing it now,” Montgomery said.

Shingles Vaccination Rate Soars But Leaves Many Behind