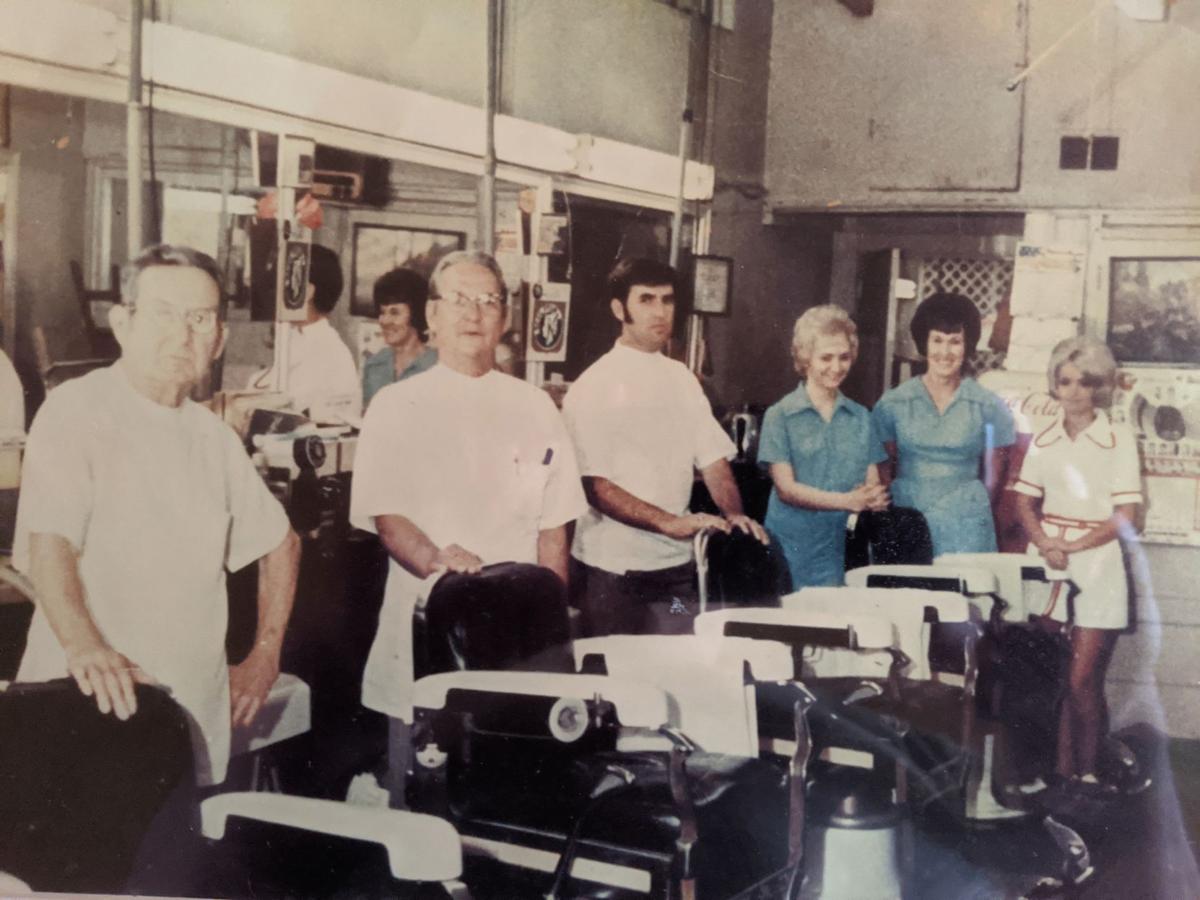 Herb Brown (third from the left) worked with several other people at the shop originally on Shorter Avenue in 1959. After working for Melvin Clay for a year, Brown bought the shop and it became “Herb Brown’s Barber Shop.” 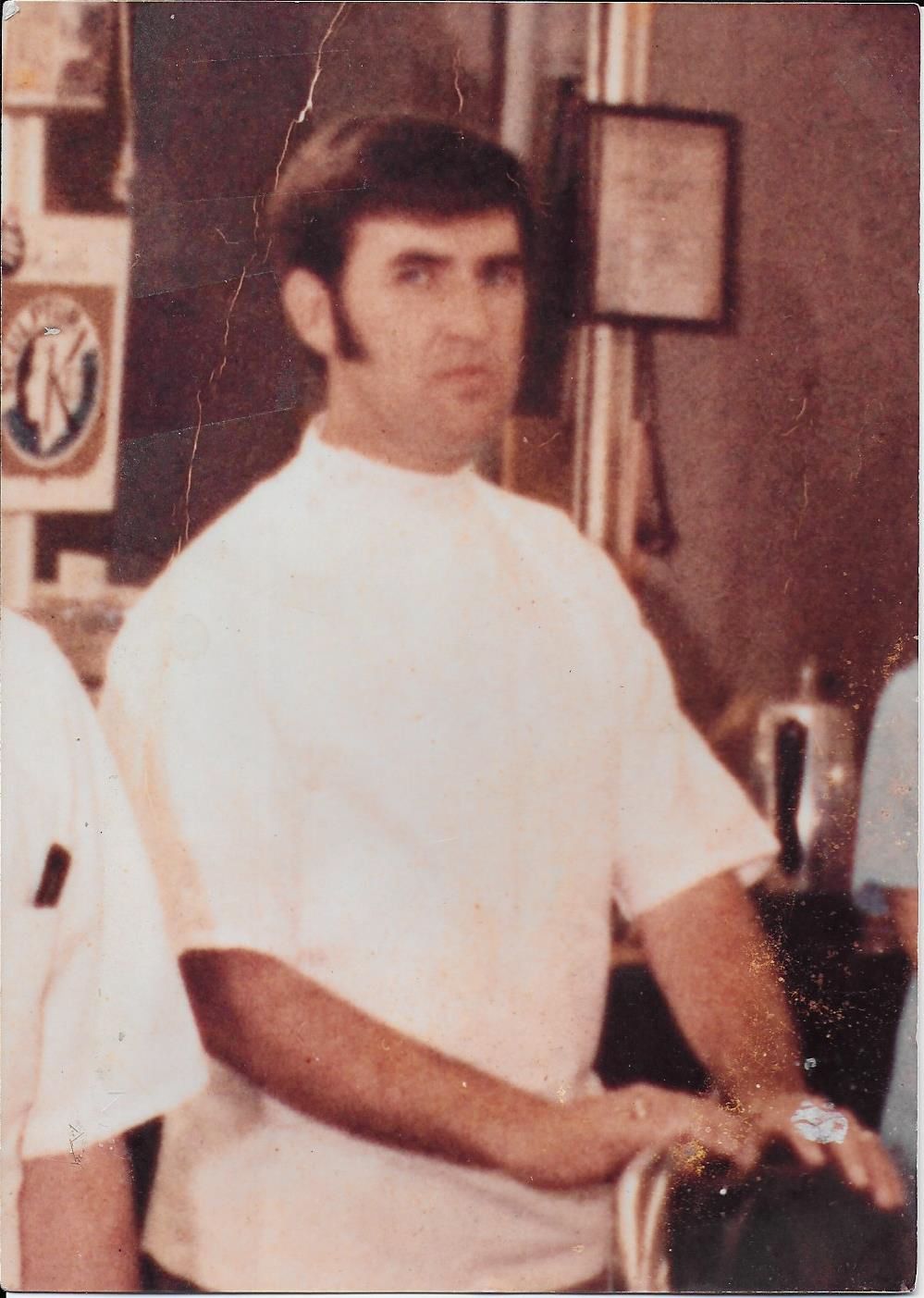 After serving the Rome community for over 60 years, barber Herb Brown is closing Herb’s Barber Shop on Elm Street due to health concerns.

Herb Brown (third from the left) worked with several other people at the shop originally on Shorter Avenue in 1959. After working for Melvin Clay for a year, Brown bought the shop and it became “Herb Brown’s Barber Shop.”

After serving the Rome community for over 60 years, barber Herb Brown is closing Herb’s Barber Shop on Elm Street due to health concerns.

A man who loved his work, his community and his life has made the difficult decision to close his barbershop after 60 years of serving Rome.

Herb Brown began working at the shop, then owned by Melvin Clay, at the age of 22 in 1959 after attending barber school in Atlanta. A year later, he bought Clay's shop on Shorter Avenue, next to the Piggly Wiggly and Henson's Drugstore.

Herb's Barber Shop served everyone, including men, women and children. Eight people total worked there and positions included a shoeshine boy, a shampoo girl and other barber positions.

"They were some of the most amazing people, we had a party every Christmas," Brown said. "You can't imagine the people that were always there."

"It was like a family business. I had a barber shop where families came and they enjoyed being there with us."

Brown's wife of over 50 years, Paula Brown, talked about how the barber had a little clown toy that circled the top of the shop for children to watch while they got their hair cut. If it was their first haircut, he gave them a certificate and had their picture taken.

She also said that the conversations at the shop touched on all subjects.

"They loved to hash out politics, religion, you name it," she said. "I think people came there as much for the conversation as they did for the haircut."

After 38 years on Shorter, where the shop served hundreds of customers a week, the shop was sold to the city to widen Shorter Avenue and Brown and the rest of his crew moved to a new location on Elm Street.

Brown continued to work at the shop for 20 more years and had planned to never retire. In his free time, he enjoyed riding horses and going hunting. With his wife, they had three sons and seven grandchildren.

For the first time in around 60 years, Brown closed the shop back in September 2019 to get back surgery. He was in and out of the hospital until January.

In late February, Brown was diagnosed with multiple myeloma, a type of blood cancer. His wife retired to take care of him and with a heavy heart, the 83 year-old barber decided to officially close his shop for good.

With 60 years of service under his belt, Brown has made a name for himself in the community. His wife recalls a nurse who was taking care of him during one of his hospital stays. The nurse recognized him and said her grandfather always went to him for a cut. Every time she walked past the shop with her grandfather, she waved to Brown and the employees.

"It was a small shop, but he had people from all walks of life that came there," Brown's wife said. "From doctors to lawyers, from the poorest to the very richest."

She believes that being a barber and talking to people was her husband's life's calling.