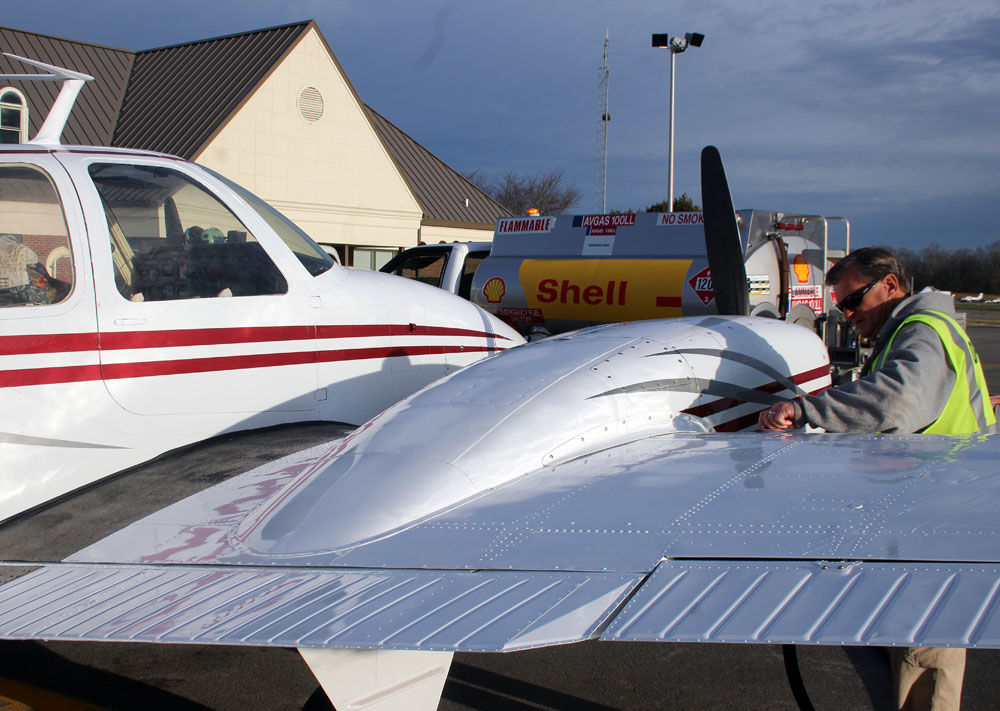 Richard B. Russell Regional Airport lineman Ricky Ramsey fuels a plane on the tarmac outside the terminal. Fuel sales are a major source of revenue for the airport. (Doug Walker, RN-T) 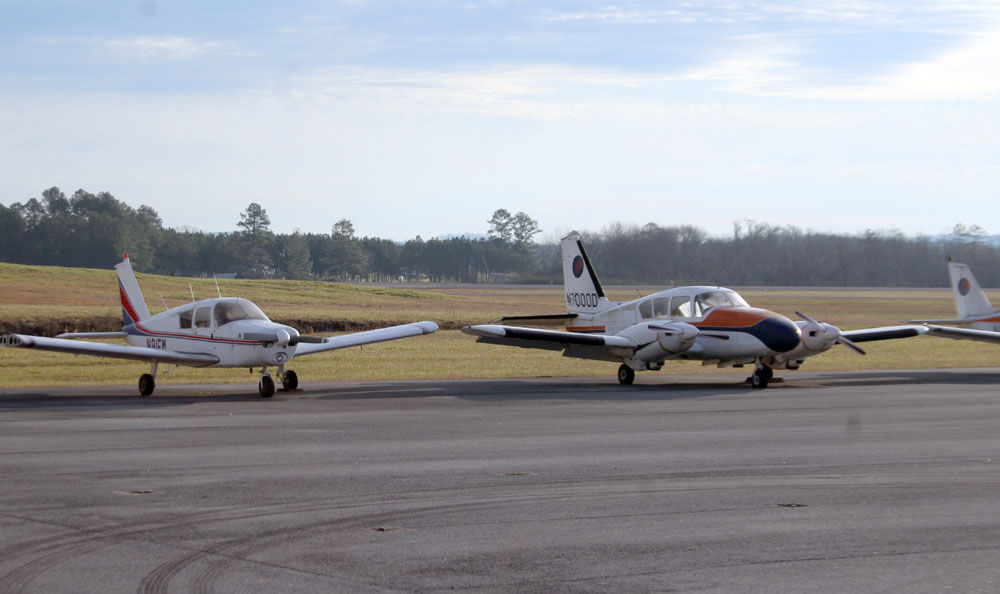 Aircraft used in the Georgia Northwestern Technical College Aviation program are lined up outside the GNTC hangar at Richard B. Russell Regional Airport. (Doug Walkewr, RN-T)

Richard B. Russell Regional Airport lineman Ricky Ramsey fuels a plane on the tarmac outside the terminal. Fuel sales are a major source of revenue for the airport. (Doug Walker, RN-T)

Aircraft used in the Georgia Northwestern Technical College Aviation program are lined up outside the GNTC hangar at Richard B. Russell Regional Airport. (Doug Walkewr, RN-T)

Richard B. Russell Regional Airport has long been touted as one of Rome’s underutilized assets. Airport Manager Mike Mathews has made significant strides in recent years toward turning that around

The property itself is perhaps the airport’s best asset.

“I think we have almost 500 acres that we can work with, build new T-hangars, new corporate hangars,” Mathews said.

If aviation-related industry executives are to seriously consider the Floyd County airport, the eastern side of the property closer to Old Dalton Road would be the primary focus for development.

“We want to be smart if somebody does come to us,” Mathews said. “We’re going to be particular.”

Seckman pitches the airport to companies that manufacture aircraft

stabilization devices and any kind of industry involved in the manufacturing of avionics.

Mathews said the airport ended 2015 with a profit of approximately $23,000. Had it not rained on the Saturday of the Wings Over North Georgia air show in October, Mathews estimates his profit could have been close to $60,000.

Looking to the future, the airport manager said once the main runway is extended to 7,000 feet and the U.S. Air Force Thunderbirds or U.S. Navy Blue Angels are able to use the airport as a base of operations during the air show, his profit could get well into six figures.

The runway project, financing for which was included in the 2013 SPLOST package, will be getting underway this year.

“We’re going to be doing the environmental assessment and engineering this year,” Mathews said.

He estimates it will take 12 to 15 months to complete those phases of the project, which are expected to cost close to $550,000.

Mathews said whatever environmental remediation or mitigation is required will take place in 2017 and that actual construction of the runway could begin very late that year or early in 2018. “From what I understand that’s only a six- to eight-month project,” Mathews said.

Cargo planes carry a lot of weight and need the additional length for both landings and takeoffs, which is where the extra 1,000 feet would help.

Mathews has indicated some industrial prospects have advised him and Floyd County leaders that the 7,000-foot runway is necessary to meet their insurance regulations.

The runway extension is largely a safety issue, not just a means to bring larger aircraft into the airport.

Safety issues have also been high on Mathews’ priority list at the airport for several years.

Mathews was able to acquire a crash truck for the airport early in 2015, and the Rome-Floyd County Fire Department has subsequently donated four sets of used turnout gear for the crash truck crew.

That includes helmets, fire-retardant pants and jackets, gloves and boots.

“It’s used but I don’t care,” Mathews said. “They make me look like I’ve been fighting fires for years.”

The crash truck was purchased through a Georgia Forestry Commission grant and came to Rome from the Wright-Patterson Air Force Base near Dayton, Ohio.

He said the airport needs heated space to house the truck. “I keep a little heater out there that helps the cause,” Mathews said. “I need to keep it warm in the winter time.”

Mathews plans to accompany a Chamber of Commerce delegation to Washington this month to lobby Federal Aviation Administration officials for funding to complete perimeter security fencing at the airport.

This year’s Wings Over North Georgia Air Show has been scheduled for October 29 and 30. The U.S. Air Force Thunderbirds are scheduled to be back after a successful performance at the 2014 air show.