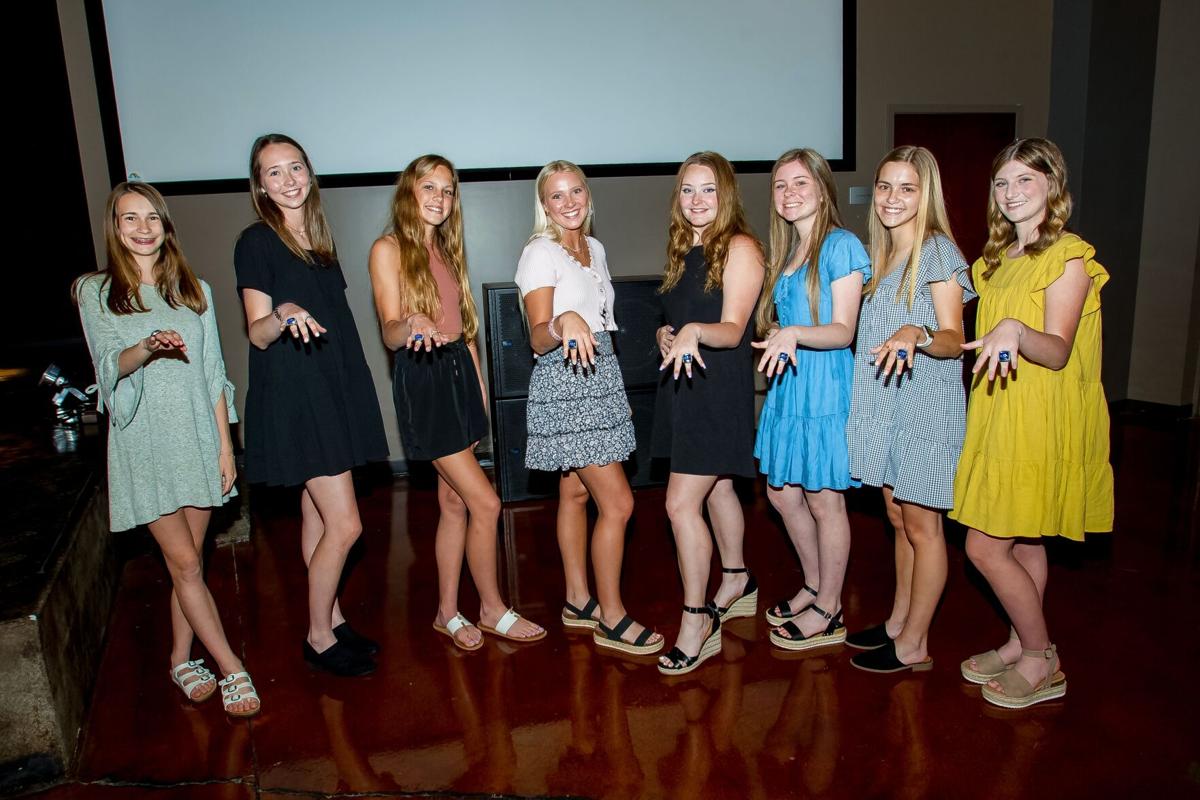 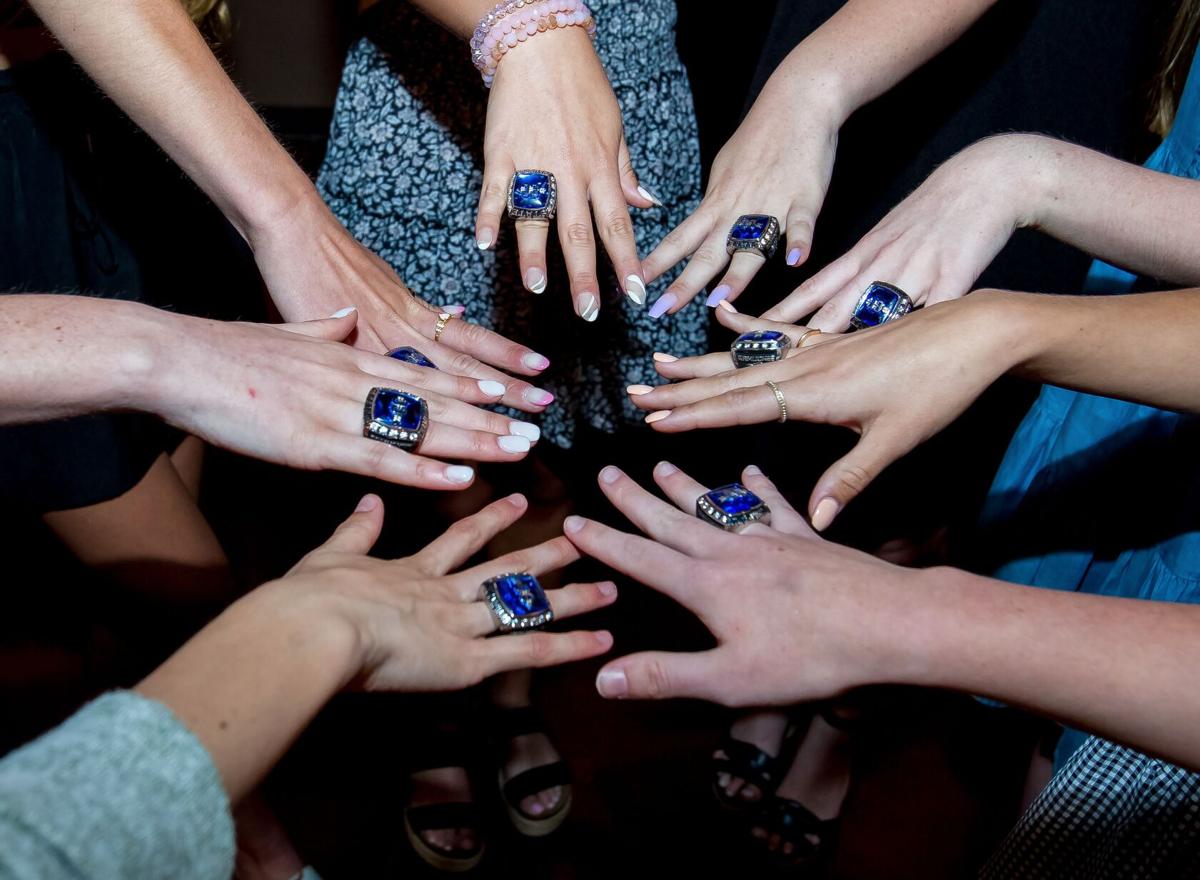 The Armuchee Lady Indians display their state championship rings during a ceremony at West Rome Baptist Church on Monday, April 12.

The Armuchee Lady Indians display their state championship rings during a ceremony at West Rome Baptist Church on Monday, April 12.

Armuchee captured the state title with a score of 65 points, 19 better than second place Academy for Classical Education.

Shelby Green claimed the top spot in the Class A-Public Girls 5K Race with a time of 20:01.41. All of Green’s teammates finished the race within the next 10 minutes to seal the deal and bring home Armuchee’s first-ever cross country state title.

“It’s a big moment,” Pierce said on winning the state championship. “You look forward to it for a long time.”

For the rings themselves, Pierce said the girls were responsible for the design. The order was placed in November, and the waiting period culminated in Monday night’s celebration.

“It was fun,” Pierce said on presenting the finished product to the team. “I got to see mine before they did because they delivered them to me and I wanted to check them out before I took them out, so when we took opened them, I didn’t really look at mine, I just watched their faces. They were really itching to have them, so they were super, super excited.”

“We have big plans for next year, for both the boys and the girls,” Pierce said. “We’d like to win a couple more.”