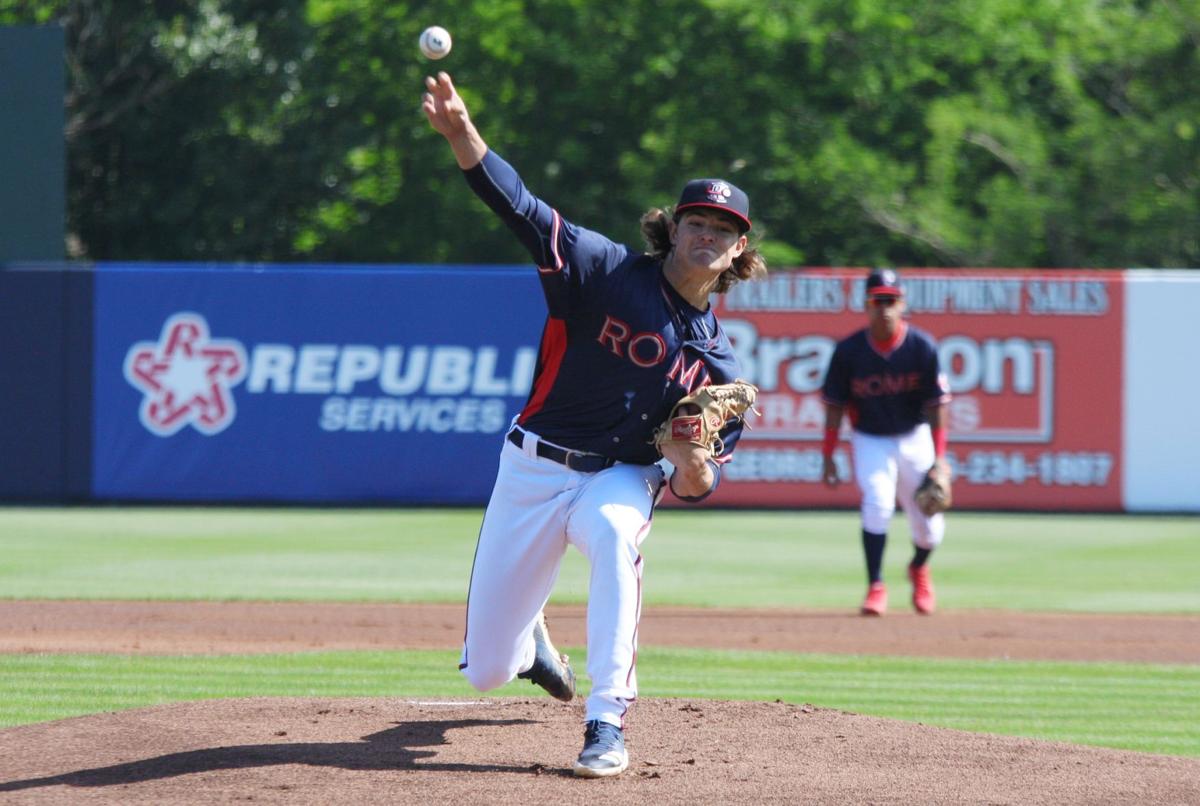 Rome Braves pitcher Trey Riley delivers to the plate during the first inning of Wednesday’s game against the Lakewood Blueclaws at State Mutual Stadium. The 21-year-old had his first scoreless outing of the season while scattering seven hits. 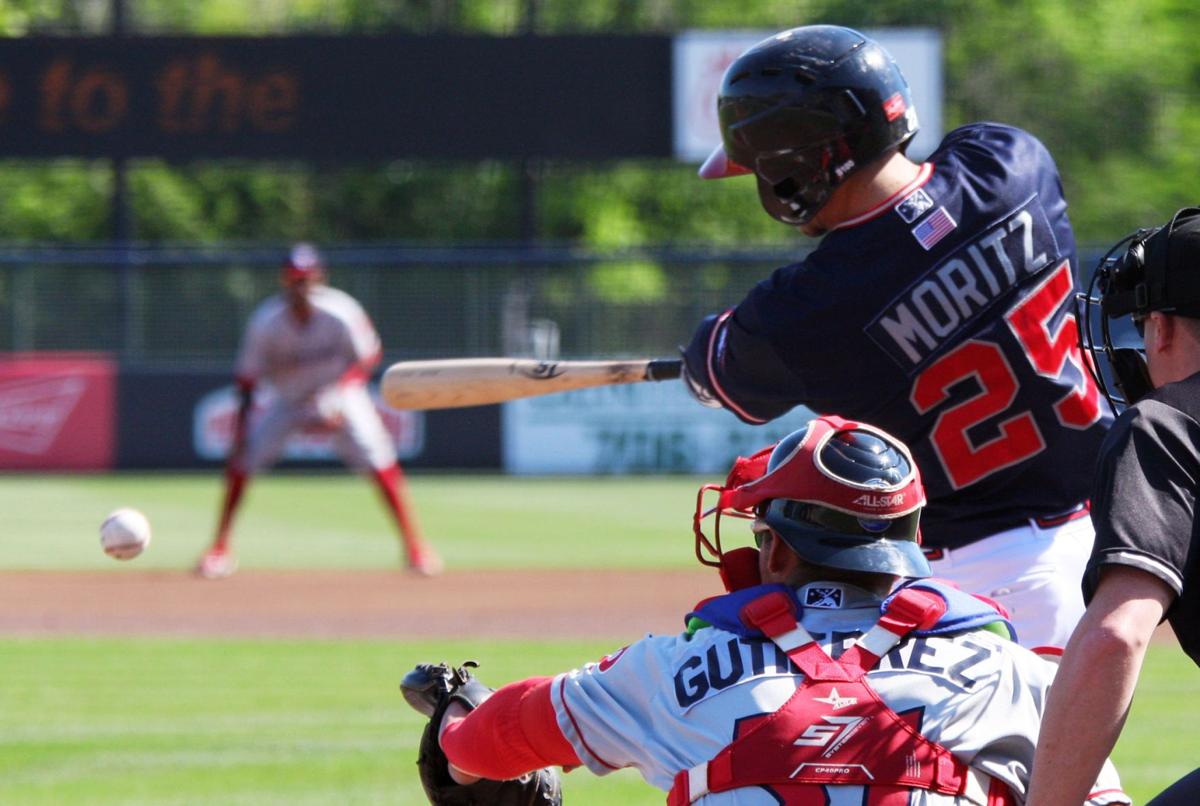 Rome’s Andrew Moritz makes contact with the ball during an at-bat in the first inning of Wednesday’s game against Lakewood at State Mutual Stadium. 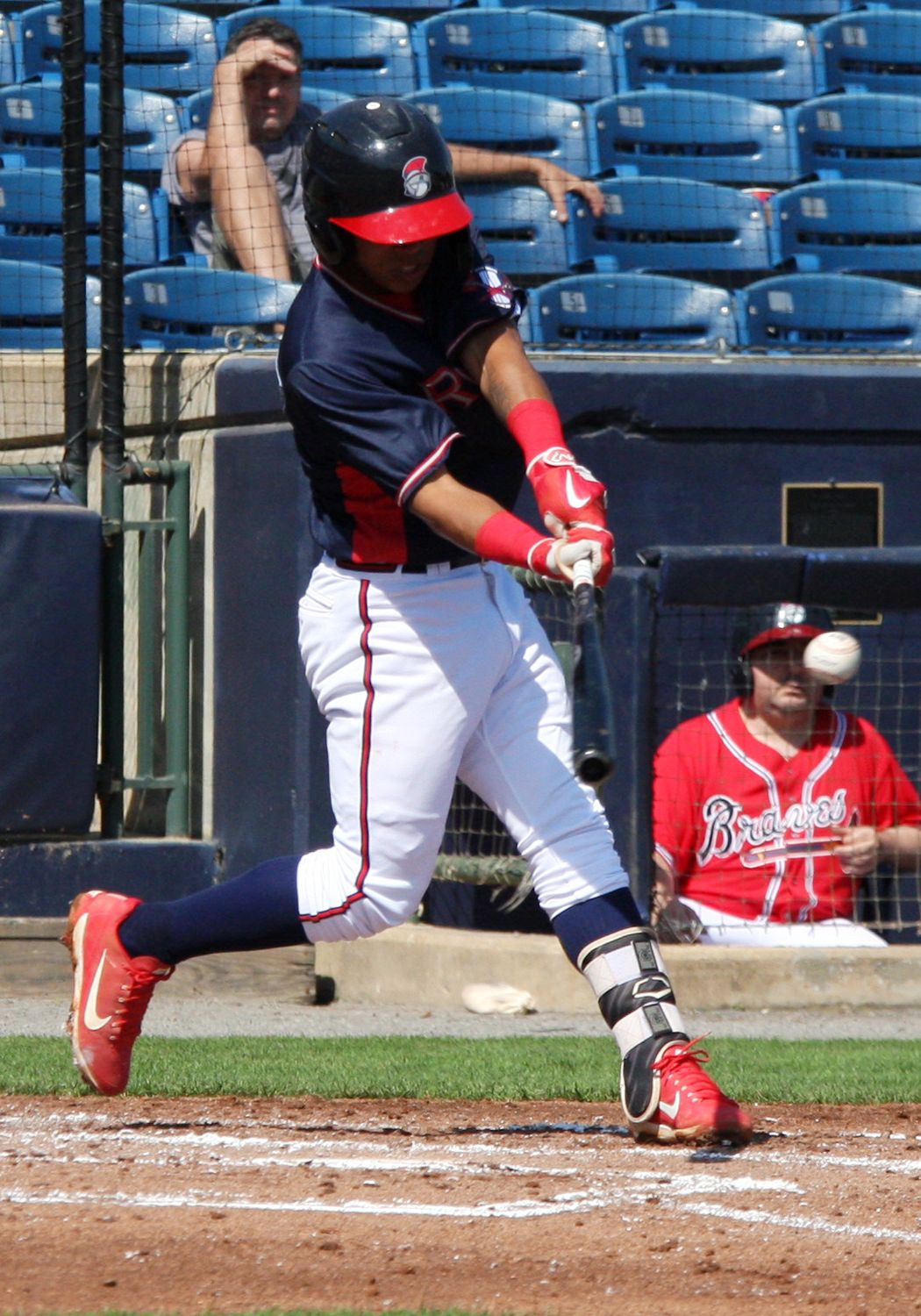 Rome's Carlos Paraquate hits the ball during his at-bat in the third inning of Wednesday's game against Lakewood at State Mutual Stadium. 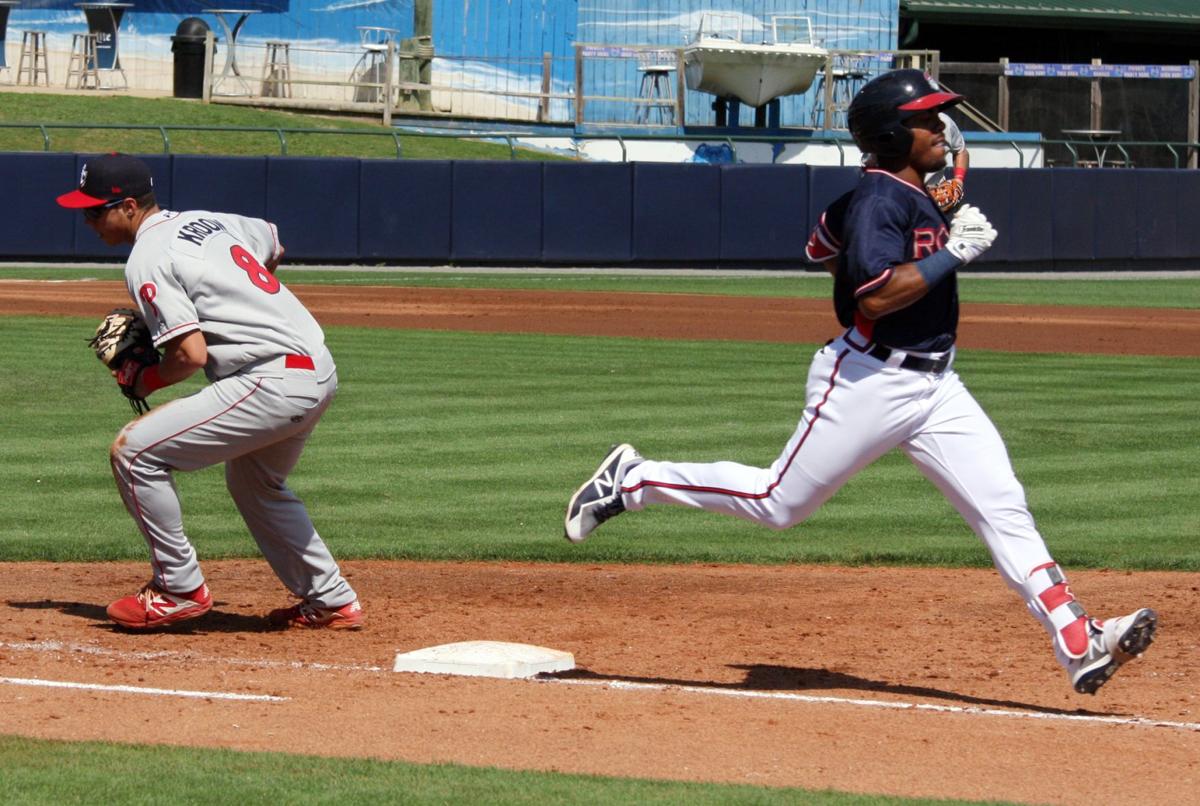 Rome's Justin Dean (right) strides past first base after getting out on the throw to Lakewood first baseman Matt Kroon in the third inning of Wednesday's game at State Mutual Stadium.

Rome Braves pitcher Trey Riley delivers to the plate during the first inning of Wednesday’s game against the Lakewood Blueclaws at State Mutual Stadium. The 21-year-old had his first scoreless outing of the season while scattering seven hits.

Rome’s Andrew Moritz makes contact with the ball during an at-bat in the first inning of Wednesday’s game against Lakewood at State Mutual Stadium.

Rome's Carlos Paraquate hits the ball during his at-bat in the third inning of Wednesday's game against Lakewood at State Mutual Stadium.

Rome's Justin Dean (right) strides past first base after getting out on the throw to Lakewood first baseman Matt Kroon in the third inning of Wednesday's game at State Mutual Stadium.

In a game of little offense and even fewer mistakes, the Rome Braves outlasted the Lakewood Blueclaws on Wednesday and gave manager Matt Tuiasosopo a better feeling for how the team is coming along.

After settling into a pitchers’ duel for seven innings, Rome got a late-game boost from an RBI double by Carlos Paraguate in the bottom of the eighth to take a 1-0 lead and Kurt Hoekstra would come on to pitch a 1-2-3 ninth to seal the victory and avoid a series sweep by Lakewood.

The win in front of a mostly young crowd for Education Day at State Mutual Stadium breaks Rome out of its most recent slump, having lost five of its previous six before Wednesday.

“I just try to tell the guys not to press,” Tuiasosopo said. “It’s kind of been the same message since we came back for the first road series where we only had one win. I try to get them to listen that we play our best game when we’re loose and we don’t try to do too much. Play your game. We need to try to put the ball on the bat a little bit more and get on base and put things in motion.”

While Rome’s bats were slow to get going, the Braves’ pitching helped keep the game even until they found the right opportunity.

Trey Riley, who is the No. 20 prospect in the Atlanta Braves farm system, had his first scoreless outing this season, scattering seven hits and walking one in six innings while striking out two.

The recently-turned 21-year-old was picked up by his defense with two runners on and two outs in the fifth and then got out of a two-out bases-loaded jam in the sixth thanks to a groundout to third.

“Obviously Riley was huge for us today. He just pounded the zone,” Tuiasosopo said. “We gave up nine hits as a staff, but it was a nine-hit shutout, and that’s awesome. That shows pitchers that if you pound the zone we can play good defense behind you and good things can happen.”

The win went to recent Rome addition Claudio Custodio, who pitched two innings of relief and kept the scoreless trend going with two hits and three strikeouts. It was the second win in as many appearances for the 28-year-old, who joined the team last week in Greenville and has proven productive with his fastball.

Darling Florentino went 2-for-3 with a double for the Braves, including a leadoff line drive to right in the bottom of the eighth. Jose Bermudez followed with a sac bunt that dribbled back to the mound and advanced Florentino to second.

It then fell to Paraguate, one of the younger players on the squad, to make something out of the situation. The 18-year-old sent a 2-1 pitch down the right field line just fair into the outfield to score Florentino and break open the scoreboard.

“Flo had a nice hit to get on base and Bermudez has played the game the right way. He can handle the bat and put that ball on a bunt anywhere he wants to. So good job on his part. And the little kid came through again,” Tuiasosopo said.

Hoekstra picked up his second save since making the transition from infielder to pitcher in the offseason. He struck out the first two batters he faced and forced the final one to ground out to third.

ROSTER MOVES: The Rome Braves announced Wednesday that starting pitcher Jasseel De La Cruz was promoted to the High-A Florida Fire Frogs of the Florida State League. It is the second time in less than a week a Rome starter has been promoted.

Nolan Kingham was sent to the Fire Frogs last Friday after posting a 1-1 record with a 0.56 ERA in three starts for Rome. Custodio was brought up to Rome from extended spring training in a corresponding move.

De La Cruz was 0-1 this season with a 2.50 ERA in four starts for Rome. Southpaw Gabriel Noguera was transferred to Rome from extended spring to bring the roster to 25 active players.

UP NEXT: Rome (7-12) begins a four-game series with Kannapolis today at State Mutual Stadium with the first pitch slated for 7 p.m.