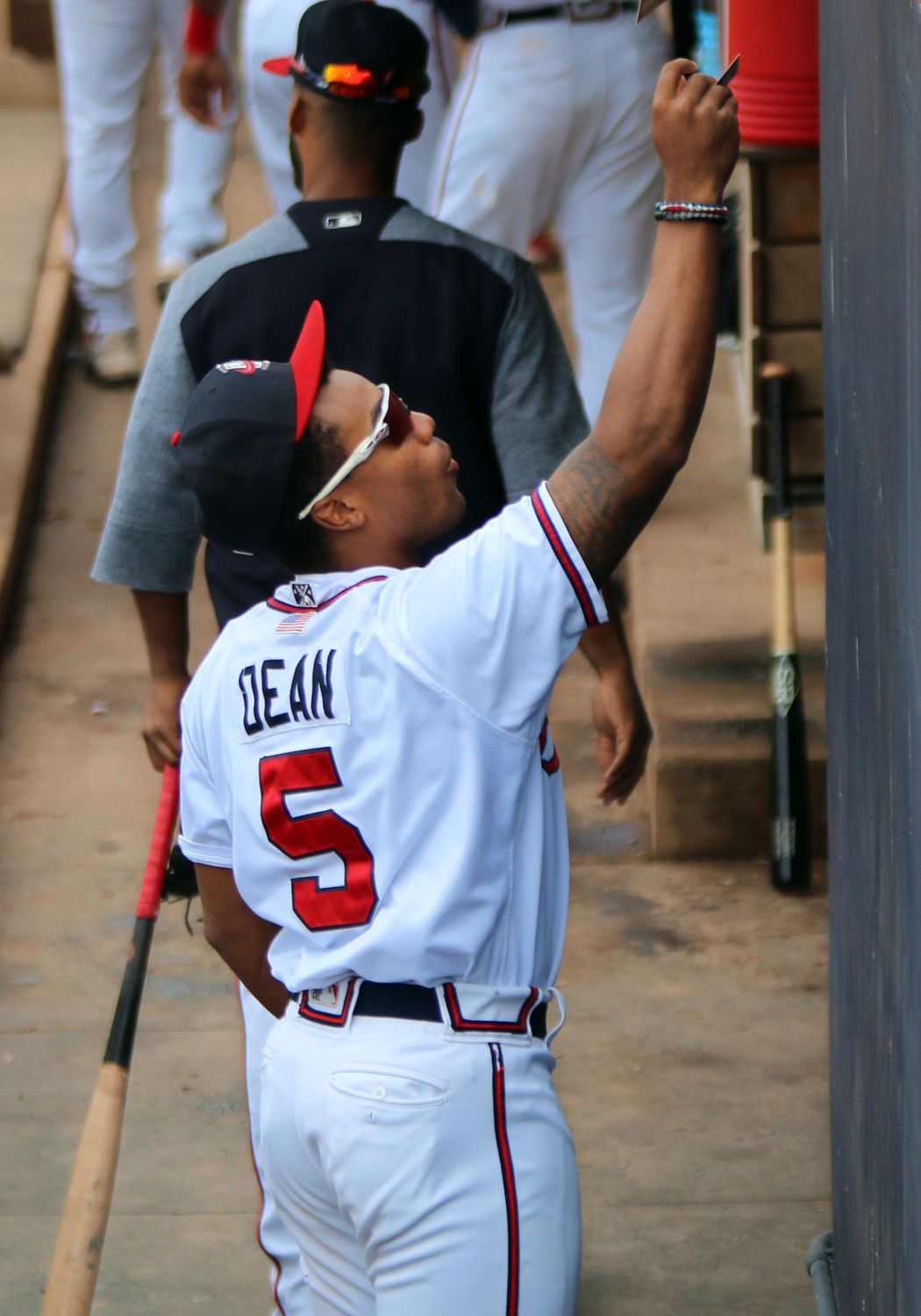 Rome Braves’ Justin Dean hands a baseball card to a fan after signing it prior to a game earlier this season. 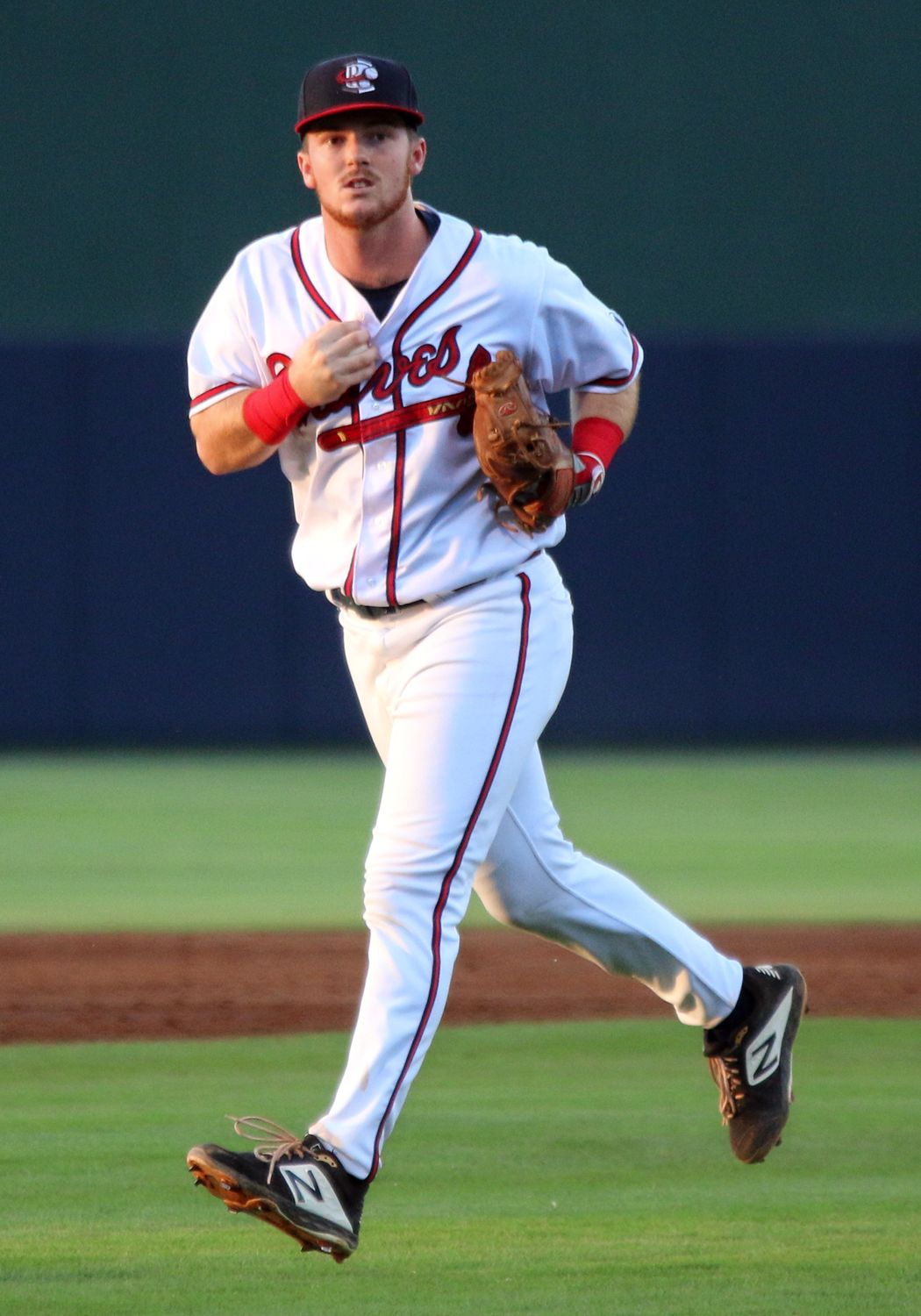 Rome Braves’ Greg Cullen and teammate Justin Dean were the two leading scorers for the South Atlantic League this season.

Rome Braves’ Justin Dean hands a baseball card to a fan after signing it prior to a game earlier this season.

Rome Braves’ Greg Cullen and teammate Justin Dean were the two leading scorers for the South Atlantic League this season.

While the Rome Braves closed out their season with a loss Monday, the year certainly had some highlights that drew fans to State Mutual Stadium.

The team featured some hard-hitting players that helped the Braves make a late charge for a spot in the South Atlantic League playoffs, but with three losses to the Asheville Tourists in a four-game series to close out the year, the Braves ended up finishing six games out of first place.

The Braves closed out the season Monday with a 5-3 loss to the Tourists at home. Asheville broke a 2-2 tie in the top of the sixth inning scoring two runs to go up 4-2. Rome cut the lead to 4-3 in the bottom of the eighth, but the Tourists scored another run in the ninth to pull ahead for the win.

Brendan Venter finished 3-for-4 with two runs scored to lead the Braves.

Rome saw some new faces in coaching roles with the naming of Matt Tuiasosopo as manager, who was joined by first-year coach Wigberto Nevarez and pitching coach Kanakoa Texeira.

Tuiasosopo led the Braves to a 65-74 record in his first season at the helm.

While players come and go on minor league teams, the Braves had some who were mainstays for most of the season.

Justin Dean was an offensive stalwart for the Braves, playing the entire season and leading Rome and the league in runs scored with 85 despite battling a couple of injuries. He was also second on the team in hits with 122 and led the team in triples with nine while finishing with a .284 average.

Greg Cullen, who also played the entire year with the Braves, was second on the team and in the league with runs scored at 80 and had a .270 batting average. Cullen and Dean were also two of the five players from Rome to be selected to play in the 2019 SAL All-Star Game, which was played in Charleston, West Virginia.

The team also had some of the newest Atlanta Braves’ prospects come through State Mutual Stadium when 2019 first-round MLB draft picks Braden Shewmake and Shea Langeliers spent some time with the team.

Langeliers, the No. 9 pick in the draft, joined the Braves just after the All-Star Break and spent the remainder of the year with the team racking up 55 hits, 13 doubles and 34 RBIs.

Shewmake, the No. 21 pick, joined the team with Langeliers and spent two months on the roster before being promoted to Double-A Mississippi. In his time with Rome, Shewmake had 64 hits, 18 doubles, three home runs and 39 RBIs.

The Braves will add another highlight next season when the team hosts the 2020 South Atlantic League All-Star Game on June 23.

WASHINGTON — With a burst of executive orders, President Joe Biden served notice Thursday that America’s war on COVID-19 is under new command, promising an anxious nation progress to reduce infections and lift the siege it has endured for nearly a year.

The Latest: Shanghai locks down 2 major hospitals over cases

Biden's US revives support for WHO, reversing Trump retreat