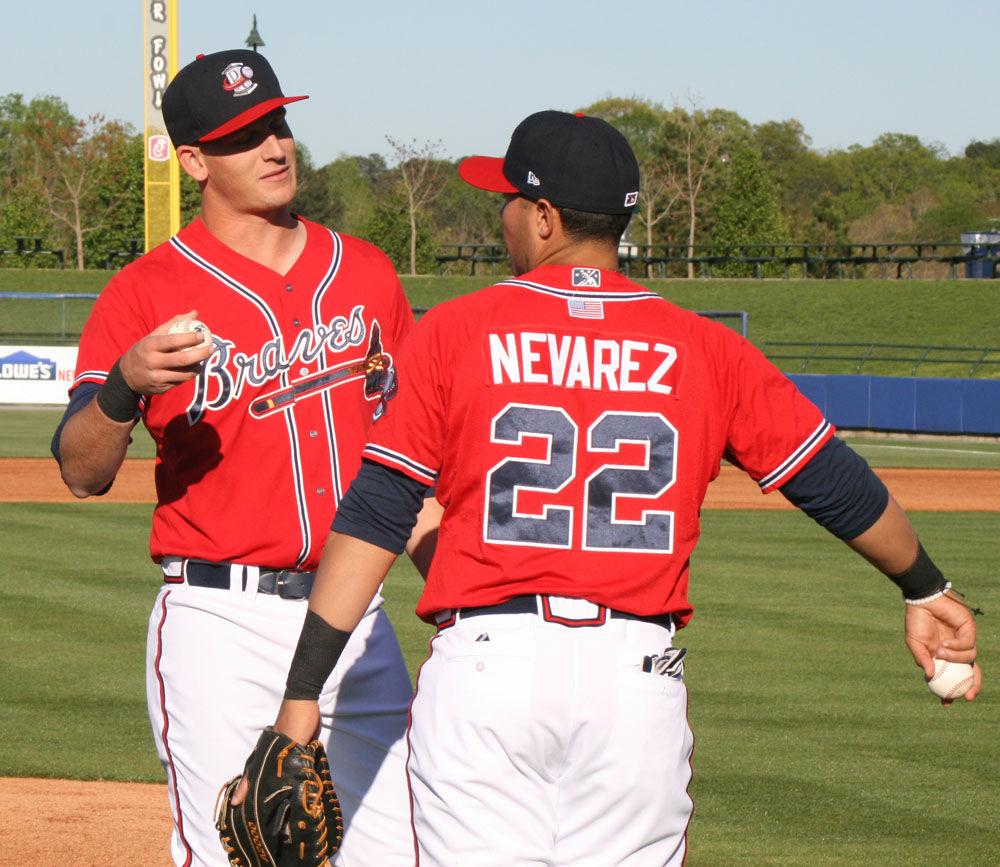 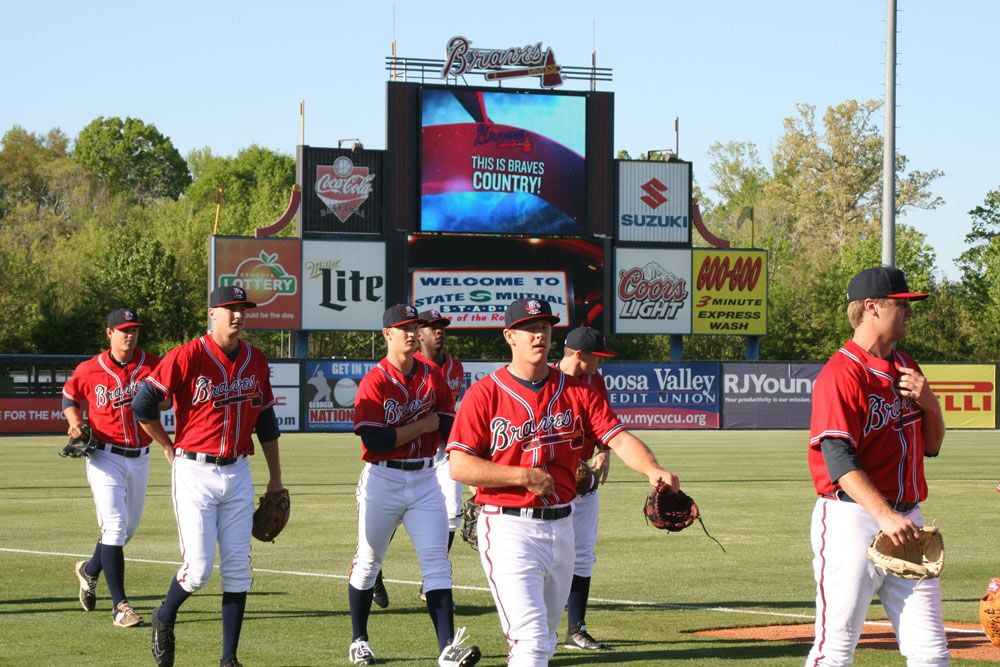 Rome Braves players head toward the infield at State Mutual Stadium during the team's first workout of the season Tuesday, April 5, 2016. (Jeremy Stewart/RN-T.com)

Rome Braves players head toward the infield at State Mutual Stadium during the team's first workout of the season Tuesday, April 5, 2016. (Jeremy Stewart/RN-T.com)

When the Braves decided the put an emphasis on “rebuilding” the organization through an increased effort of stocking up its farm teams, Rome Braves fans had the right to be optimistic.

Thursday night will see the curtain come up on a team that could provide the payoff to that optimism.

“They’re a younger team than we’ve ever had, but there is some great talent,” Rome batting coach Bobby Moore said as the team geared up for its first workout Tuesday. “We feel good about where they’re at, and I think it’s going to be an exciting year for us.”

The team that will take the field against the Augusta GreenJackets at State Mutual Stadium on Thursday includes 2015 first-round pick Austin Riley, Ronald Acuna and a core group of starting pitchers that has a chance to cause some havoc in the highly-competitive South Atlantic League.

“The decisions that are made at the top were to make the organization younger and more youthful, and that trickles down,” Moore said. “But I think when these guys get up to the big league, they’ll have more games and more experience under their belt.”

Returning to Rome for the start of the season are pitchers Touki Toussaint, Chad Sobotka and Caleb Beech, who was 5-2 in 10 starts last season with a 2.87 ERA.

Former Georgia Highlands pitcher Dalton Geekie is also back after spending a few weeks with the Rome club at the end of last season.

Moore said the talent level is there in the lineup, and he is ready to be there to help them develop during their time in Rome.

“All these are my kids. That’s the way I think every year,” Moore said. “I look forward to seeing their talent and what they’ll do when they get into a game situation.”

Some familiar faces in the lineup are first baseman Matt Tellor, who hit .235 with 44 RBIs and five home runs at Rome last season, and Rome native Stephen Gaylor, who had a .285 average in Rome last year.

The feeling, according to Moore, is that the organization won’t be afraid to promote young players this season as long as they have shown that they can handle the pressure.

“Some of these guys will be challenged, if not all, because this is a tough league,” Moore said. “But if they have the right mindset, our coaching staff will be sure they’re prepared to play the right way.”

The Floyd County Commission is expected to vote Tuesday on a resolution expanding the makeup of the elections board from three to five members.

ATLANTA –The American Civil Liberties Union of Georgia filed an amicus brief on Monday with the state Supreme Court arguing a state law that led to a legislator’s arrest back in 2018 is unconstitutional.  The state law under which police made these arrests bans any speech that “may reasonably be expected to prevent or disrupt a session […]

ATLANTA – The chairman of the state Senate Interstate Cooperation Committee says she hopes there will be another opportunity for Georgia to apply for aid under the American Rescue Plan Act (ARPA).  “I would hope to see a second window for applications, because many people may be unable to meet the October 31 deadline,” said […]

Jan. 6 organizers say they met with members of Congress, including Rep. Greene, before Capitol riot

A new report says pro-Trump rally organizers regularly met with Republican members of Congress or their top staff in the weeks leading to the Jan. 6 Capitol riot. Two protest organizers, who were not named because they are cooperating with the House select committee’s investigation into the insurrection, told Rolling Stone on Sunday that “a dozen” GOP lawmakers or their teams were involved in ...

The Rome municipal elections have continued to be a smooth and easy process for early voters, with no long lines and no technical issues so far, according to Chief Elections Clerk Vanessa Waddell.

Oct. 24—PLAINFIELD — Flags displayed at the "America First" rally on Saturday took various forms, from attacks on President Joe Biden, to calls for former President Donald J. Trump's 2024 election, to an upside down stars and stripes signaling distress. The event sponsored by the Quinebaug Citizens Alliance drew a crowd estimated by Plainfield Police Chief Mario Arriga at 1,000 to 1,500 people ...

Republicans in charge of legislative redistricting, not necessarily in driver’s seat

In 2011, majority Republicans in the General Assembly drew such heavily partisan legislative maps that the GOP captured a “supermajority” — 38 of 56 seats — in the state Senate the following year.

Randolph between 4th, 5th to be closed after building demolished

Enid man sentenced for 2019 charge of lewd acts to child

'I just think it's their time': Marietta pastor, uber fan believes Braves will win it all