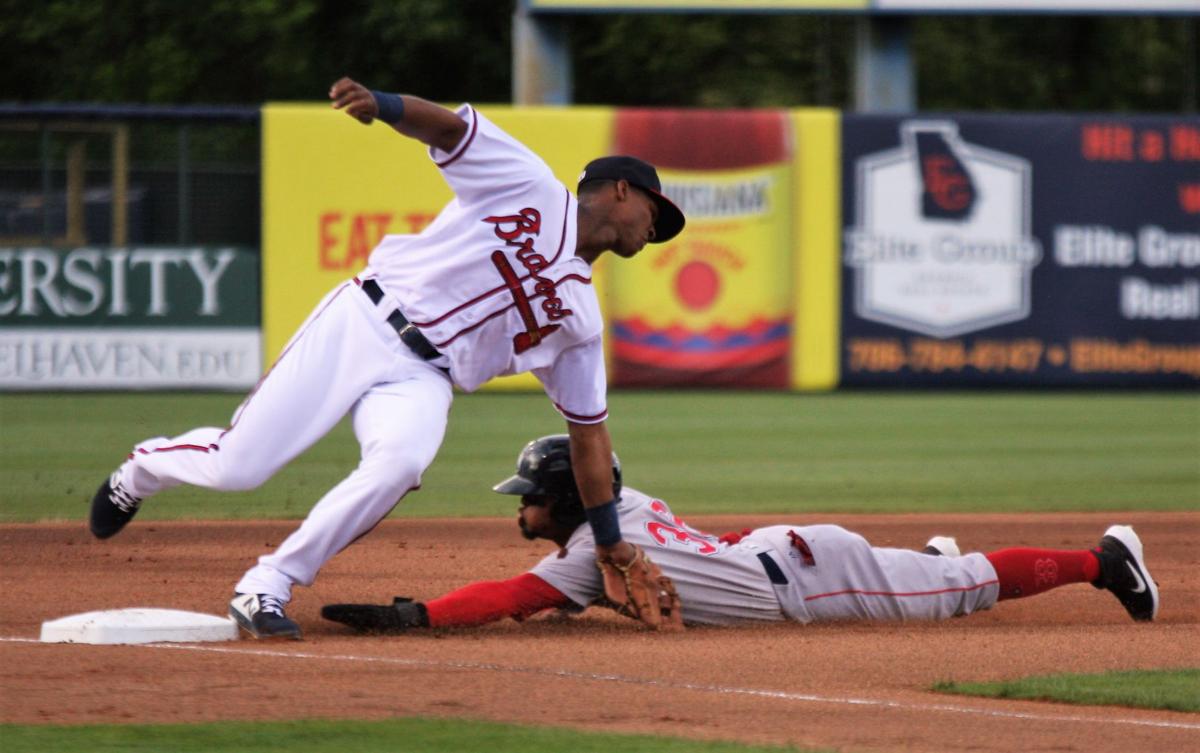 Rome Braves third baseman Darling Florentine tags Greenville's Kervin Suarez as he attempts to steal third during the first inning of Thursday's game at State Mutual Stadium. The Braves won 4-3 on a walk-off two-run hit by Florentine in the bottom of the 10th inning. 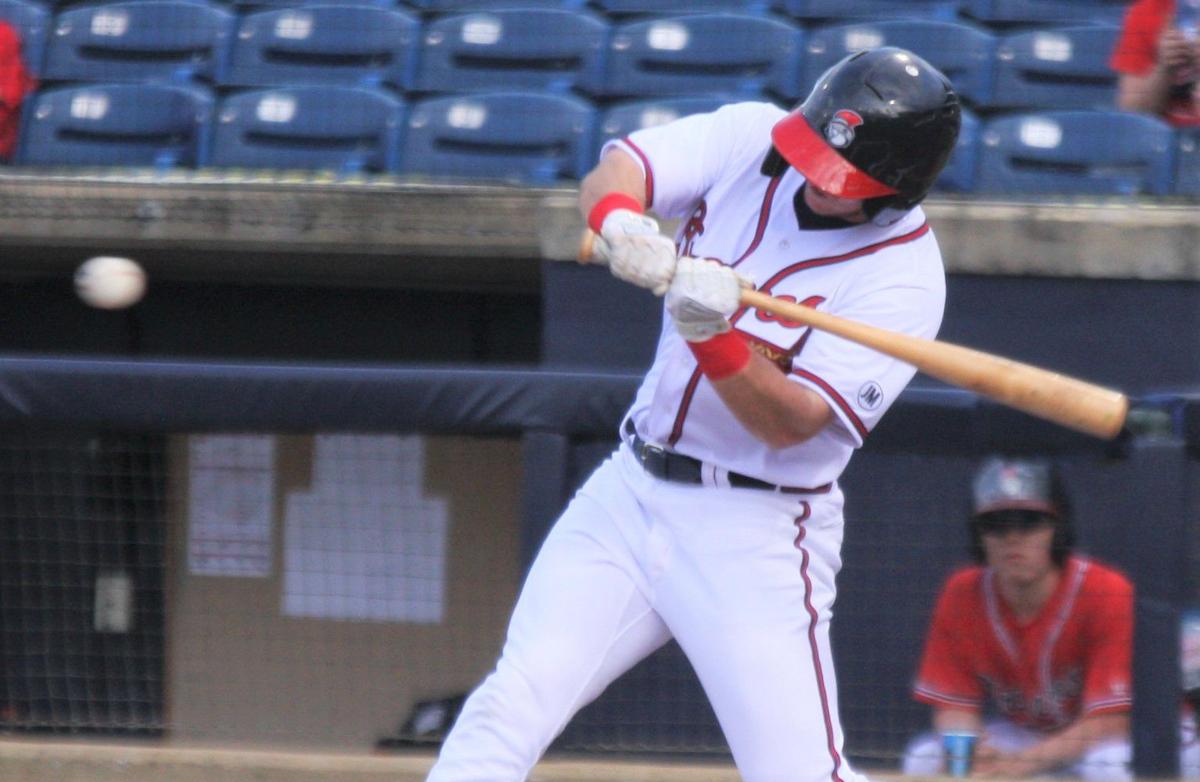 Rome's Greg Cullen swings at the ball during the first inning of Thursday's game against Greenvile at State Mutual Stadium. 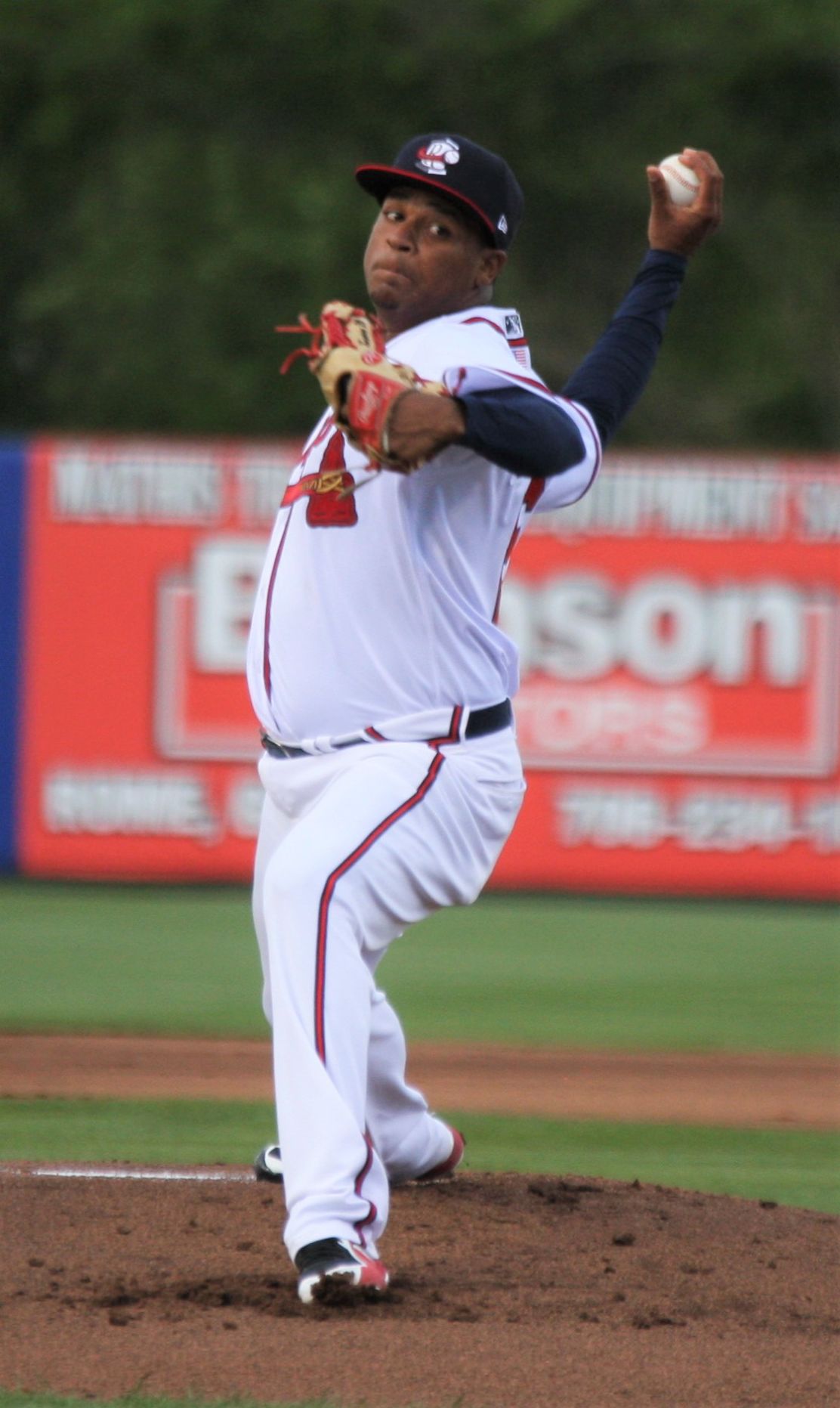 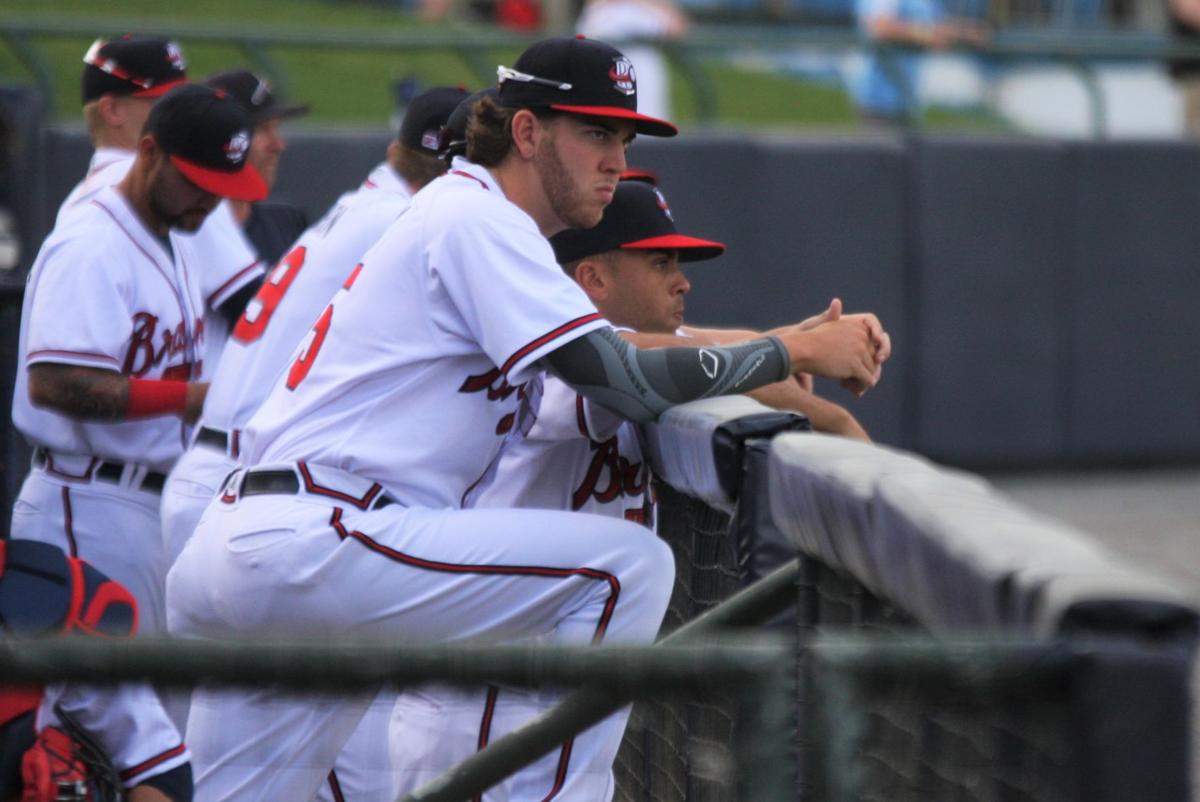 Rome pitcher Nolan Kingham stand on the top step of the Braves' dugout during Thursday's game against Greenville at State Mutual Stadium. 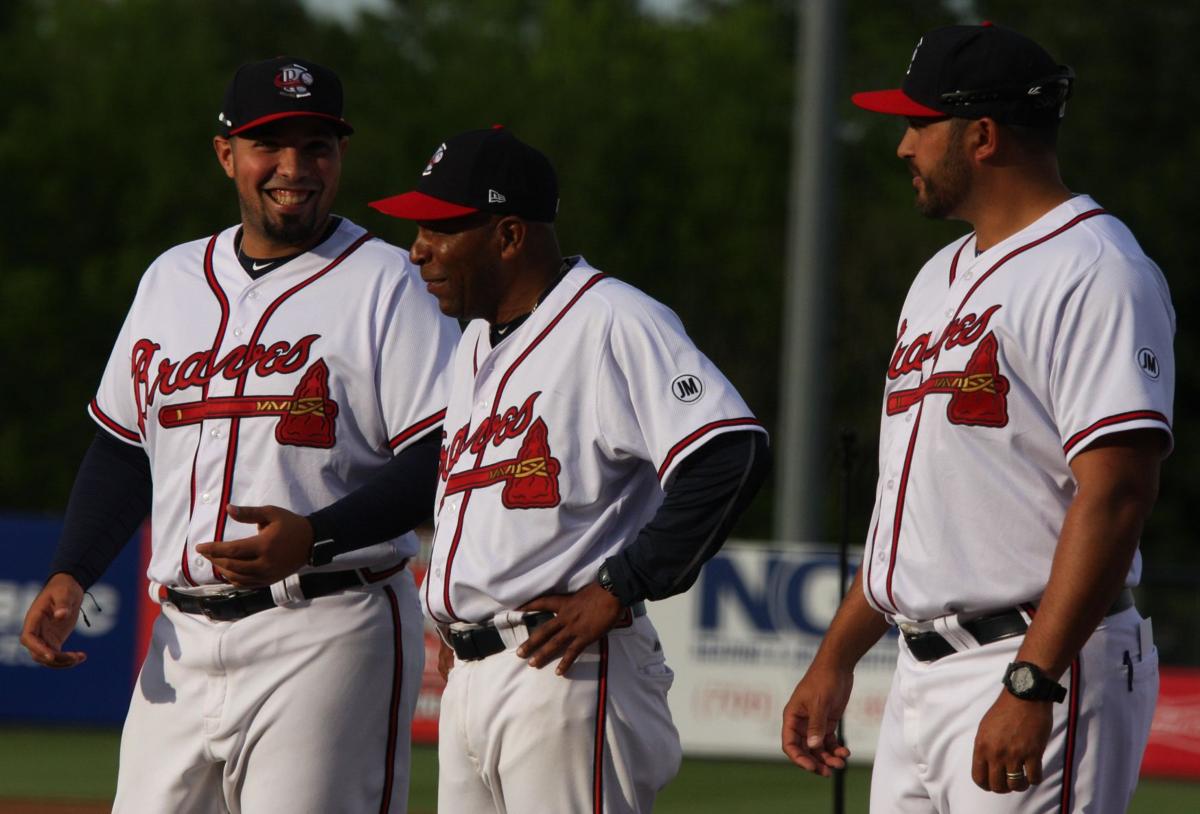 Rome Braves third baseman Darling Florentine tags Greenville's Kervin Suarez as he attempts to steal third during the first inning of Thursday's game at State Mutual Stadium. The Braves won 4-3 on a walk-off two-run hit by Florentine in the bottom of the 10th inning.

Rome's Greg Cullen swings at the ball during the first inning of Thursday's game against Greenvile at State Mutual Stadium.

Rome pitcher Nolan Kingham stand on the top step of the Braves' dugout during Thursday's game against Greenville at State Mutual Stadium.

Admittedly, the Rome Braves haven’t had many reasons to celebrate to start off the season.

But in front of a home crowd Thursday night, the team put all of those frustrations to rest for at least one moment winning in dramatic fashion in its home opener at State Mutual Stadium.

Darling Florentino hit a two-run double to center field in the bottom of the 10th inning  to rally the Braves to a 4-3 walk-off victory against the visiting Greenville Drive and ending Rome's five-game.

“It was awesome,” Braves first-year manager Matt Tuiasosopo said. “It was a great victory. It was a great battle on both sides. We didn’t get much production on the offensive side on both teams, but the pitchers threw the ball really well.

"We didn’t hang our heads and we didn’t give up. We knew we were going to have our chance.”

The Braves went up 1-0 in the fourth on a double by second baseman Greg Cullen to score Justin Dean. The score remained until the Drive tied it up with a run in the eighth that eventually sent the game to extra innings.

The Drive (3-4) put up two runs in the top of the 10th to seemingly seal the win, but Rome's Griffin Benson scored in the bottom of the frame when Trey Harris reached first on a fielding error cutting the Drive’s lead to 3-2. Brendan Venter reached first on a bunt, then Florentino completed the rally with his hard hit to left center field.

The Braves (2-5) managed five hits and continued to struggle with runners in scoring position going 1-for-7, however, the team was able to pull together when it counted.

“I’m proud of the guys for battling,” Tuiasosopo said. “It’s been a tough week for us. We’ve been in some close ones and on the losing side too many times so far, so it’s good to be on the winning side. It propels us and gets us back to where we were on opening night. The kids’ spirits were really high after that first game. It feels good to win another game.”

While both teams struggled to get their offense going, Rome’s Jasseel De La Cruz played his role in keeping the Drive down. He pitched 4 1/3 innings, while striking out nine and allowing seven hits.

“He was nasty,” Tuiasosopo said. “His stuff was electric. He throws so hard and his off-speed stuff is unhittable. He’s a tough guy to face. I was happy for him that he came out and did what he wanted to do.”

Jake Higginbotham earned the win after coming on in the 10th while allowing one hit and one earned run. Tanner Lawson and Lukas Young also pitched in relief.

Tuiasosopo said while the team has been struggling, the coaching staff is optimistic about what the future holds for the young team.

“I told the guys it’s going to be a good, long season,” he said. “We’re going to have stretches where you keep battling and you keep fighting everyday. They’re a good group of guys. They all get along with each other. We just let them know that as a staff we’re not panicking. We’re not thinking anything about you guys just because we’re on this losing streak. We still believe in you guys, and we still think great things are going to happen.”

The Braves will get another chance to add to Thursday’s momentum when they continue the home series against the Drive tonight at 7 p.m.