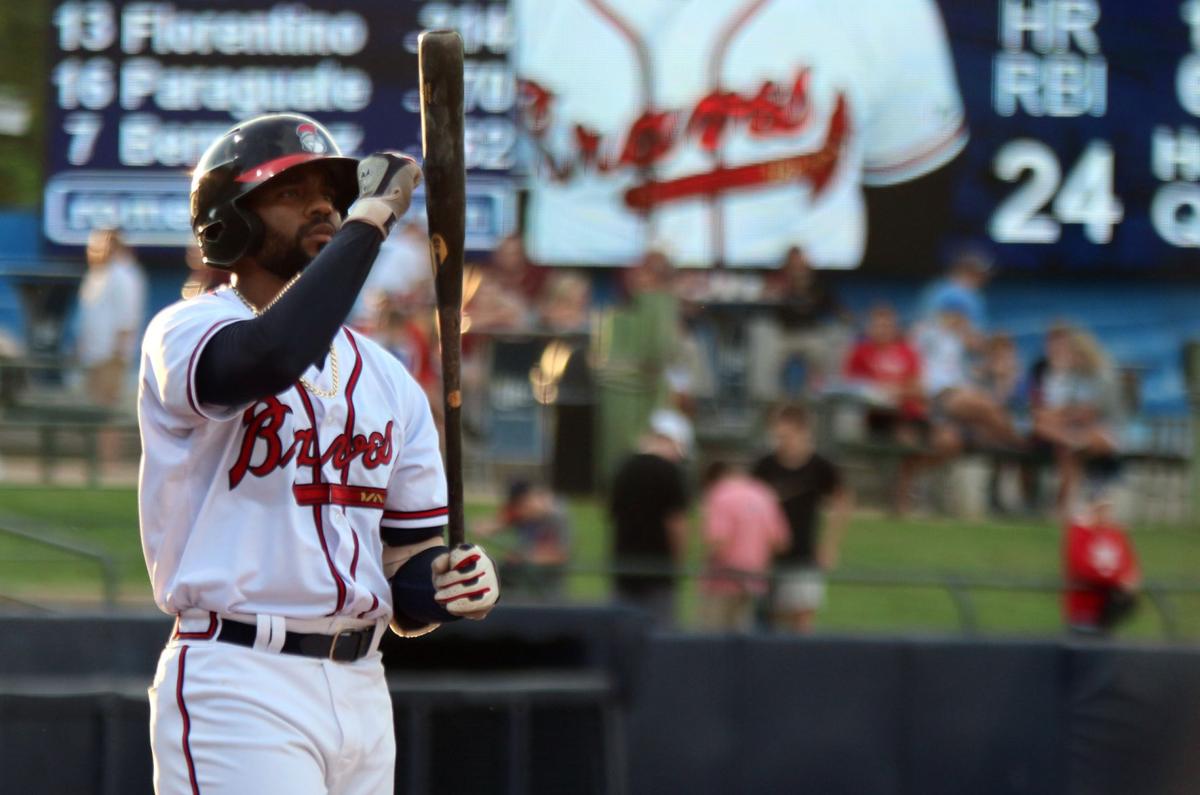 Rome’s Henry Quintero punches his bat as he gets ready to hit during the fourth inning of Friday’s game against Lexington at State Mutual Stadium. Quintero is one of the Braves players looked at as helping the team pull out of its slump. 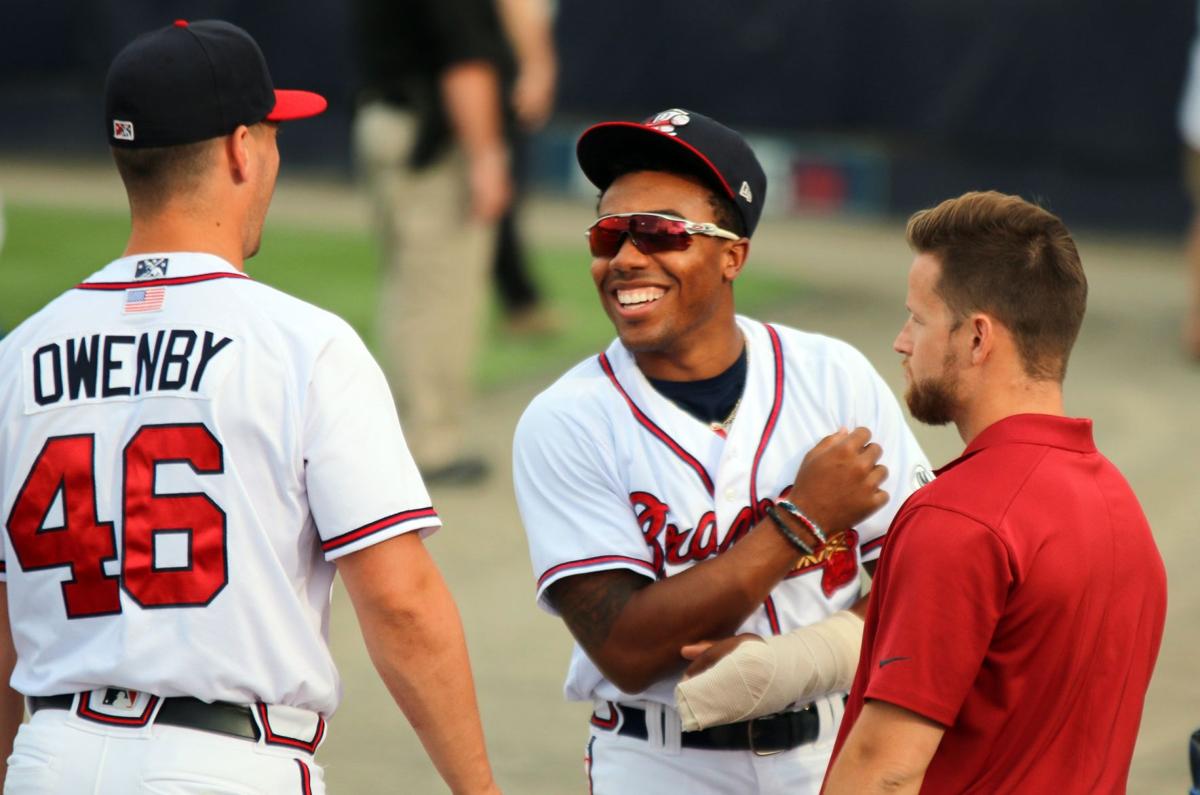 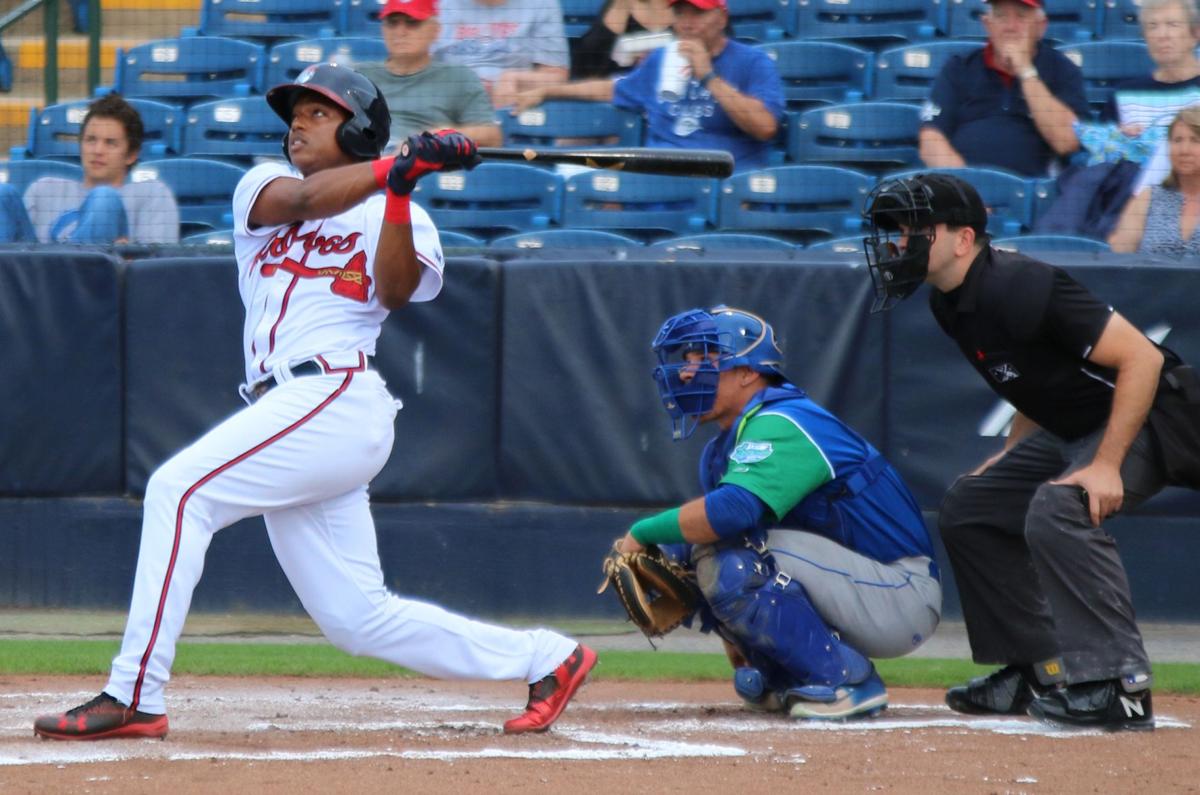 Rome's Jeremy Fernandez follows through after hitting a foul ball in the first inning of Friday's game at State Mutual Stadium. 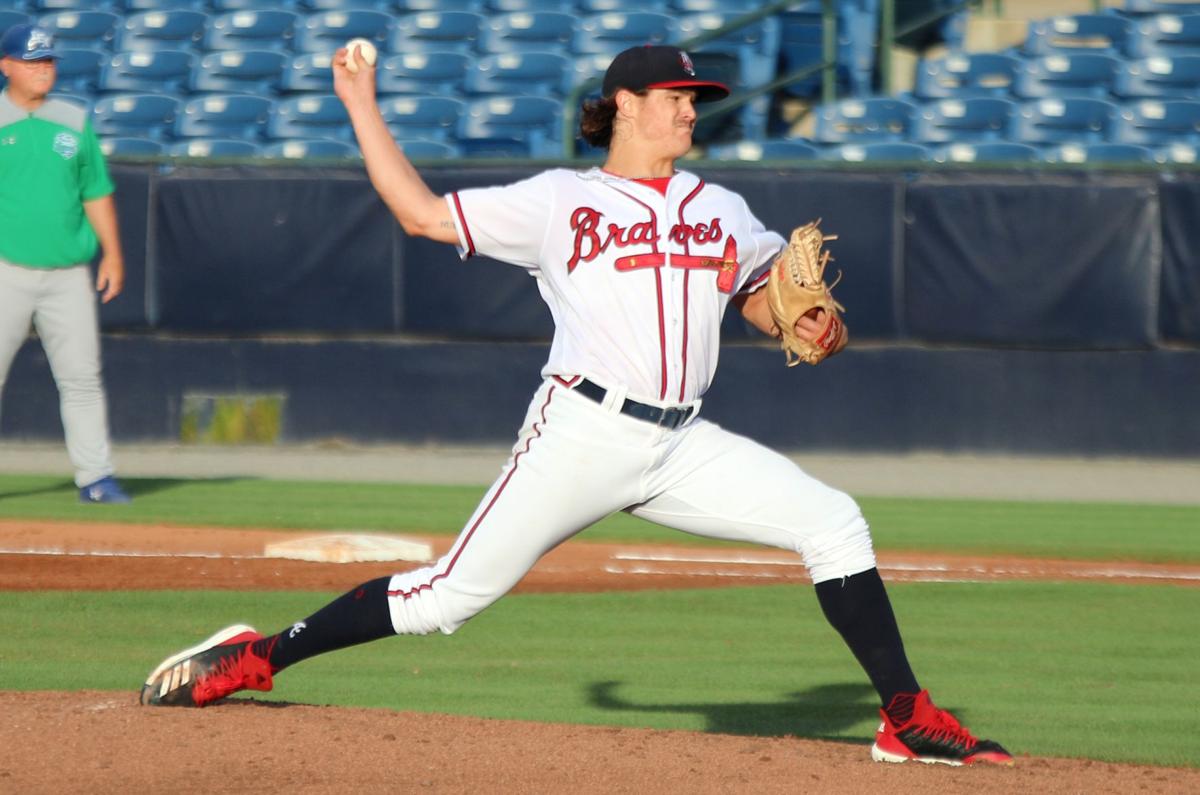 Rome pitcher Trey Riley delivers to the plate in the third inning of Friday's game at State Mutual Stadium.

Rome’s Henry Quintero punches his bat as he gets ready to hit during the fourth inning of Friday’s game against Lexington at State Mutual Stadium. Quintero is one of the Braves players looked at as helping the team pull out of its slump.

Rome's Jeremy Fernandez follows through after hitting a foul ball in the first inning of Friday's game at State Mutual Stadium.

Rome pitcher Trey Riley delivers to the plate in the third inning of Friday's game at State Mutual Stadium.

With the loss of two of their best hitters, the Rome Braves could appear to be backed into a corner.

Fortunately for manager Matt Tuiasosopo, the team is not without options to fill those missing spots.

With leading bat Trey Harris getting promoted earlier this week and power standout Justin Dean still on the injury list, the Braves are in need of leaders to emerge from their struggles as the end of the first half of the season approaches.

“We’re excited for Harris,” Tuiasosopo said. “He did a fantastic job here. I was happy for him, and he deserved to move up. Now it’s just a matter of guys stepping up and guys are going to get some more playing time.”

The Braves announced Harris’ promotion to the High-A Florida Fire Frogs in Kissimmee and his being added to the South Atlantic League All-Star Game roster on the same day this past week, and Dean was injured in the last game of the team’s road series against Augusta on May 24.

The Braves added newcomer Jeremy Fernandez to Rome from the Fire Frogs when Harris was promoted. Fernandez, who was named the Braves’ 2018 Gulf Coast League Player of the Year last season, is one of a few players that Tuiasosopo is hoping will be able to pick up some of the slack.

Tuiasosopo also spoke about outfielders Henry Quintero and Jose Bermudez as players who can provide some energy in days before the All-Star Game on June 18 in Charleston, West Virginia.

“Fernandez and Quintero have some pop in their bat,” Tuiasosopo said. “They can do some things with the bat that I like.”

Quintero was second on the team in batting average with a .298 after Friday with just 14 games under his belt in Rome and five RBIs during that time. Catcher Hagen Owenby has been back in Rome for just a few weeks and was leading the team with a .382 average.

The Braves were in the midst of their worst skid of the season going into Saturday’s game. They had lost six straight contests, culminating with a 7-2 loss at home to the Lexington Legends on Friday night, but Dean is hoping to have a hand in getting his team back on track.

The outfielder was injured sliding into second base head first when his left hand got caught under the shoe of the Augusta second baseman.

“Losing Dean hurt,” Tuiasosopo said. “He’s a big part of our team. He’s a big catalyst. He gets a lot of things going for us offensively in the lead off spot, and he patrols center field better than anyone in this league, I think.”

Dean hopes to be back on the field soon, with steps being taken to get him well as soon as possible. Still, the team doesn’t want to take any chances on making the situation worse.

“It’s just something we need to be cautious with and nothing we want to rush,” Dean said. “I’ll start to get back into baseball shape and get ready to get back onto the field. It’s healing good and I should be back on the field pretty soon.”

The 22-year-old South Carolina native was seen hanging out in the Braves’ dugout Friday night with his left hand wrapped up.

“I don’t like just sitting around,” Dean added. “I get paid to play baseball, so that’s what I want to do. I want to be out there helping the team win games. I can’t wait to get back out there.”

The Braves were 6 1/2 games out of first place early Saturday behind Charleston, Lexington and Augusta. They have a chance to gain some ground before the All-Star break as they face all three of those teams before the end of the first half of the season.

Rome is in the midst of a home series against the Legends which concludes with a contest at State Mutual Stadium on Sunday at 2 p.m. The Braves then begin a three-game home series against Charleston before heading out on the road to face Augusta in a four-game series beginning Thursday.

“We’re scuffling a little bit right now,” Tuiasosopo said. “We’re not playing like we know we’re capable of playing. You’re going to go through moments where you’re up and you’re down, but you want to keep those valley moments as short as you can.”