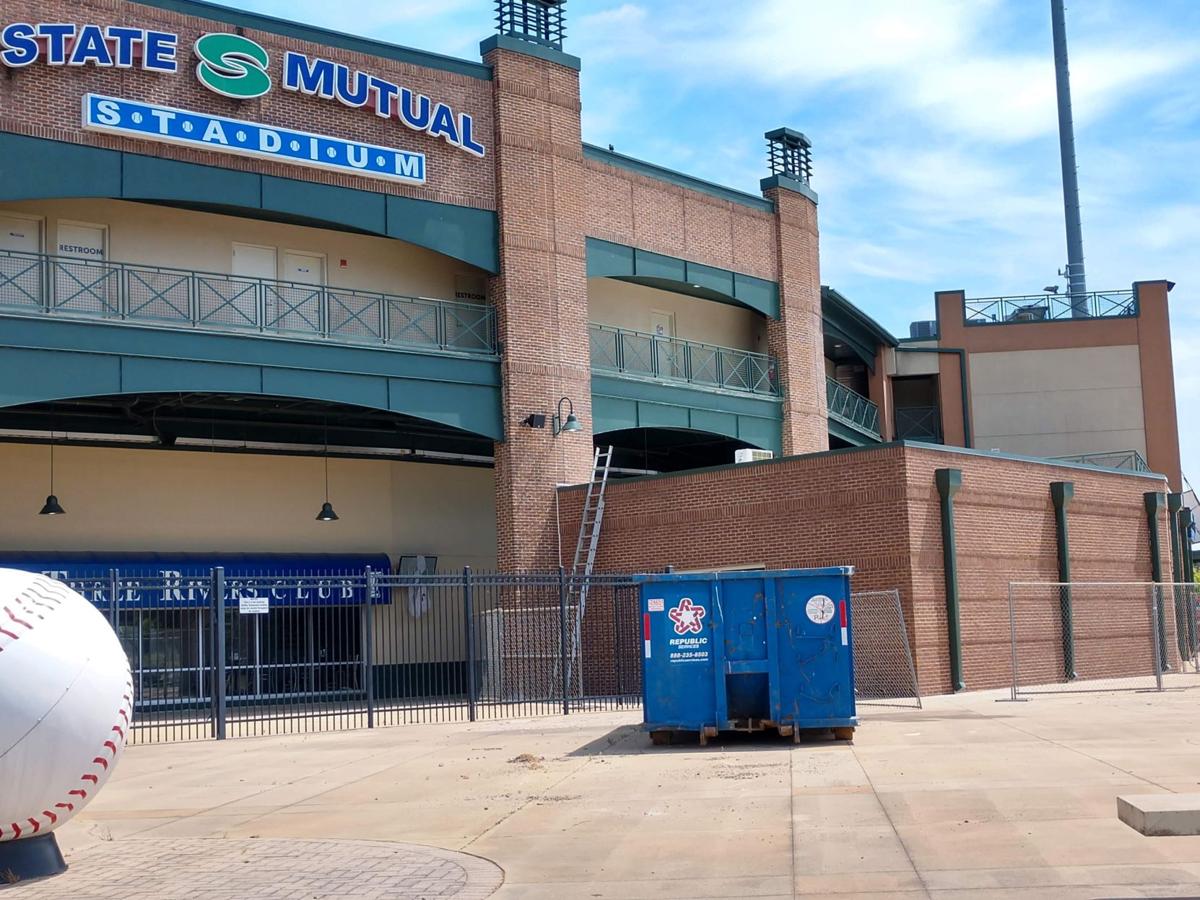 The exterior work of the State Mutual Stadium Trading Post, team store of the low-A Minor League affiliate Rome Braves, is nearing completion in this May 12, 2020 photo. The addition doubles the size of the original store, both in retail and storage space. 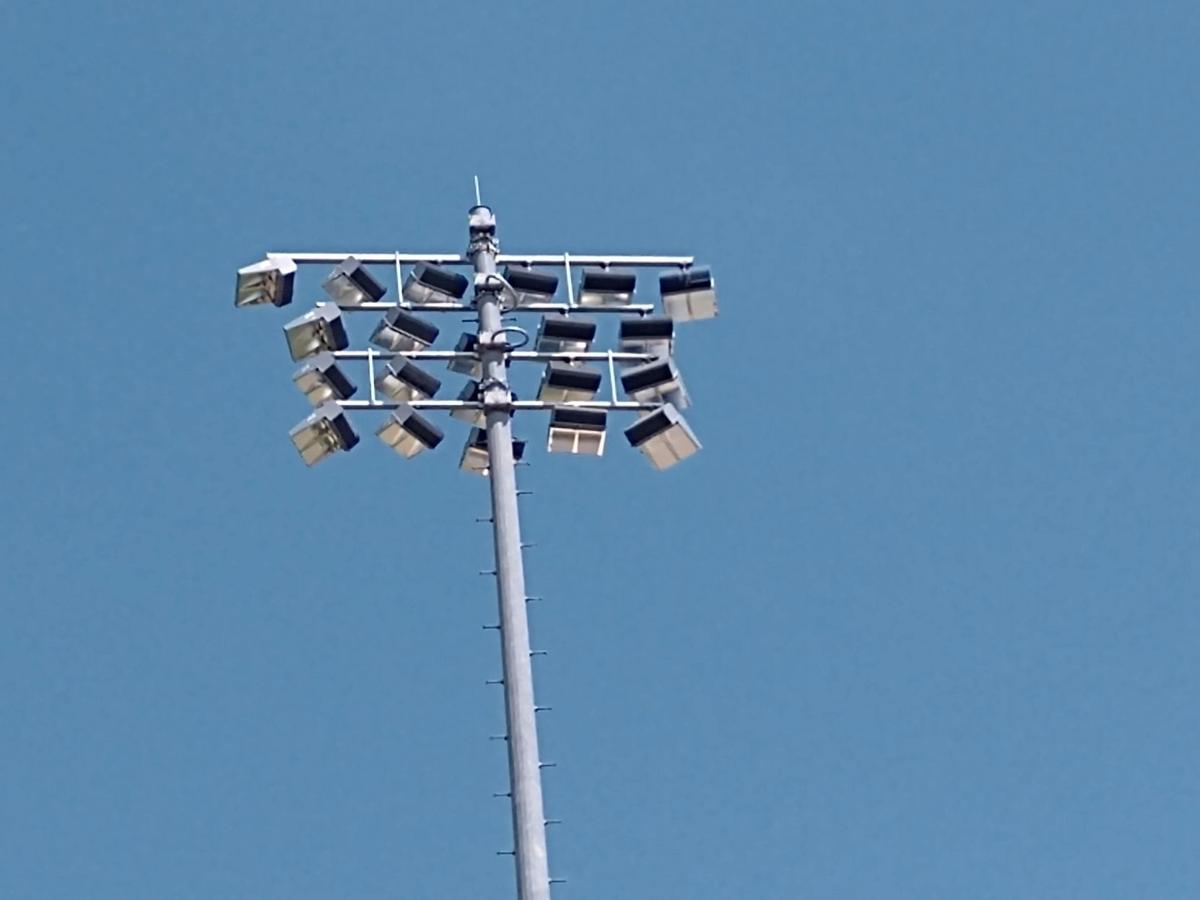 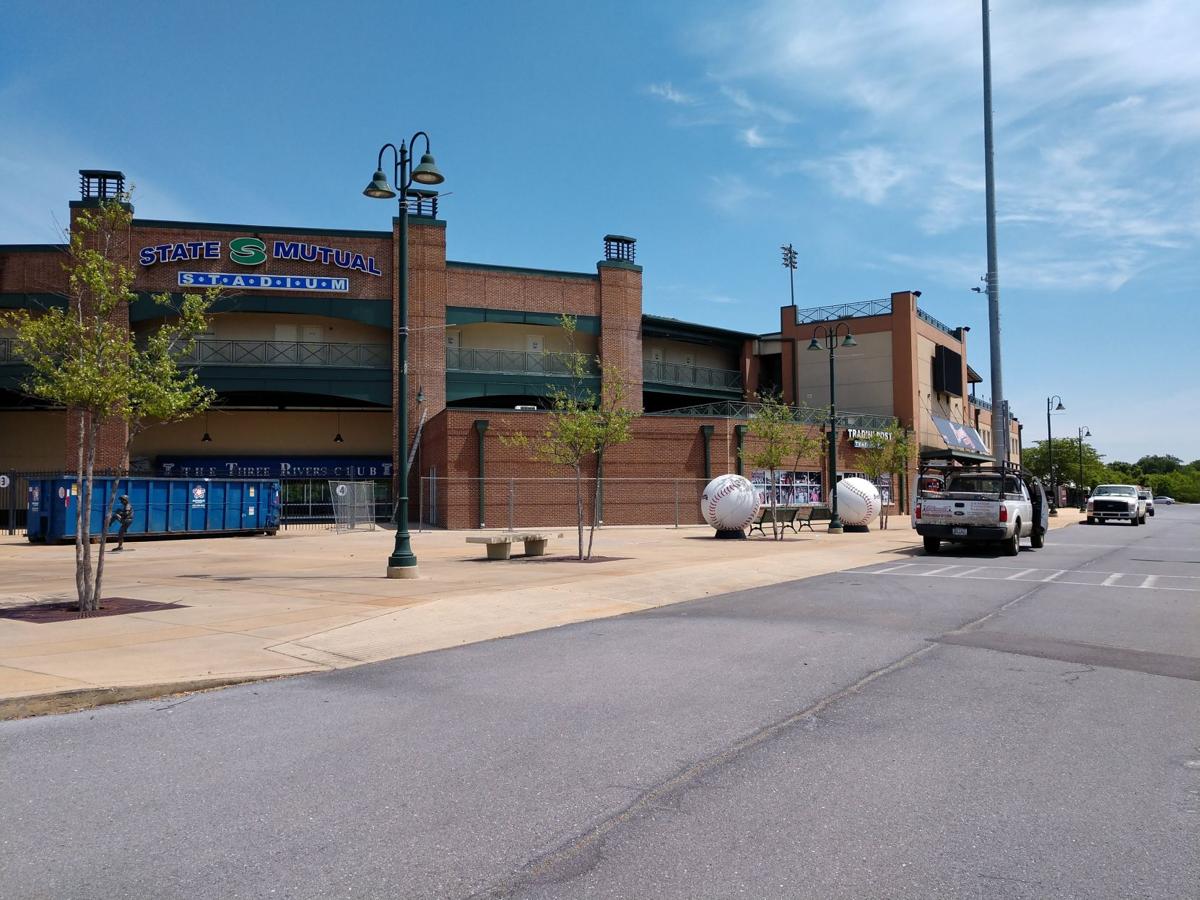 The exterior work of the State Mutual Stadium Trading Post, team store of the low-A Minor League affiliate Rome Braves, is nearing completion. The addition doubles the size of the original store, both in retail and storage space.

The exterior work of the State Mutual Stadium Trading Post, team store of the low-A Minor League affiliate Rome Braves, is nearing completion in this May 12, 2020 photo. The addition doubles the size of the original store, both in retail and storage space.

The exterior work of the State Mutual Stadium Trading Post, team store of the low-A Minor League affiliate Rome Braves, is nearing completion. The addition doubles the size of the original store, both in retail and storage space.

Though the prospect of the 2020 Minor League Baseball season is still very much up in the air, work has continued on county-owned State Mutual Stadium upgrades this spring.

The latest work on the 17-year-old home of the single-A affiliate Rome Braves, located at 755 Braves Blvd., started earlier this winter, and has continued as planned, even as games have yet to be played at the facility this season.

With Major League Baseball still working out details of a possible spring training and regular season, the Rome Braves saw their previously scheduled opening day pass by in early April.

One of the most visible changes at the stadium is the addition to the Braves team store, The Trading Post, which has basically doubled in size. The store not only grows its retail space, but also gains storage capacity.

Workers have also replaced all field lighting with new LED equipment, an upgrade to the older style bulbed lighting in both performance and efficiency.

Along with the team store, the fan assist area is also growing in size, while upgrades to the stadium’s terrace level are scheduled to begin after the 2020 season is complete.

Plans for the terrace level — an area that is currently an open patio above the first base side of the ballpark — include an air conditioned enclosed section along with a shaded outdoor area with a view of the field.

Some other projects that were previously planned to start after the season include more shading for the area in front of Bubba’s BBQ, as well as Gate 6 and a new Gate 9 ticket booth and restroom.

Much of the work is funded through a $2 million earmark in the 2017 special purpose, local option sales tax package.

As of Tuesday afternoon, MLB owners and players were still in discussions in an attempt to play at least a partial, somewhat modified 2020 season. How that affects the MiLB campaign remains to be seen.

Georgia’s new voting machines will face their first major test in a June 9 primary election that has created far different logistical challenges for state officials than were anticipated before the coronavirus pandemic struck.

Young voters surpass old in Floyd County, but will they turn out?

Floyd County’s voter pool continues to skew younger, with more than half of those registered under the age of 50.

Lt. Gov. Geoff Duncan signaled Friday he plans to work with state lawmakers on passing hate-crimes legislation following the high-profile arrests of three white men in the fatal shooting of a black man near Brunswick.

AP FACT CHECK: Trump vs. Twitter on truth and consequences

Pentagon puts military police on alert to go to Minneapolis