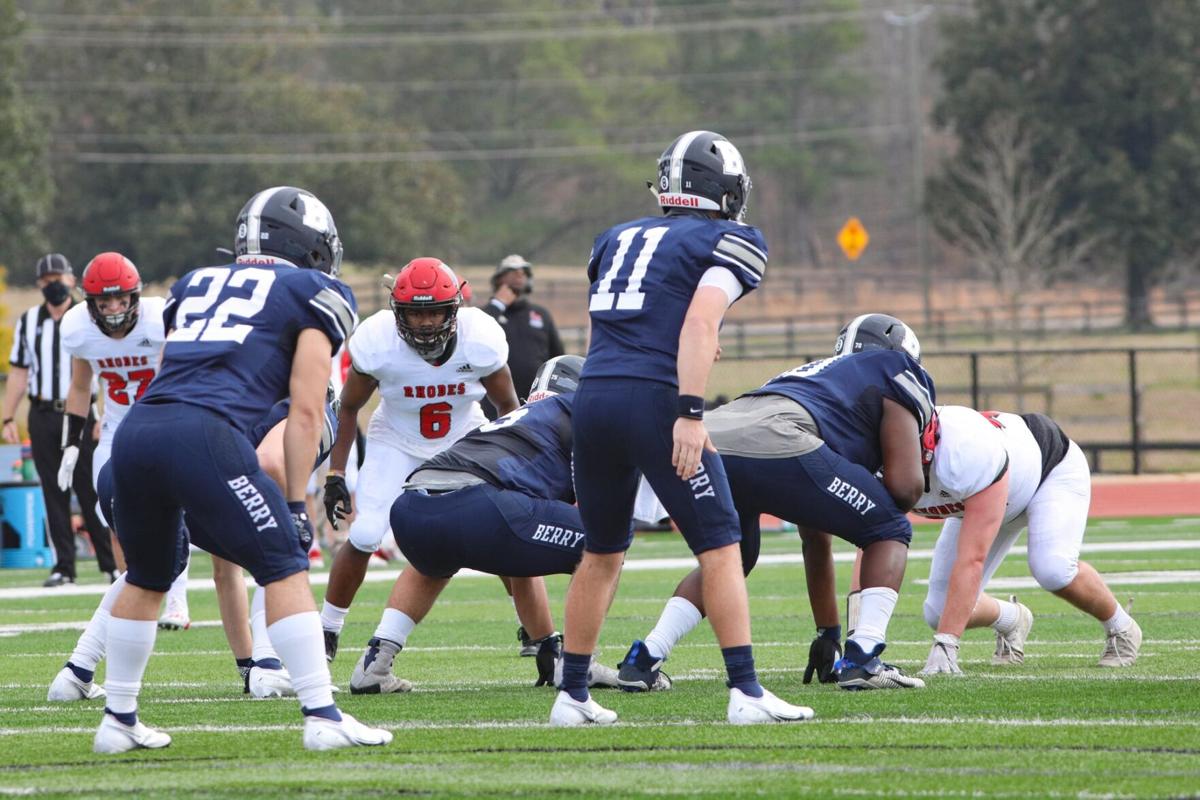 Berry sophomore quarterback Gavin Gray (11) prepares to run a play with freshman running back Jonahan Maisonave in the backfield vs. Rhodes College at Valhalla Stadium on Saturday, Feb. 27. 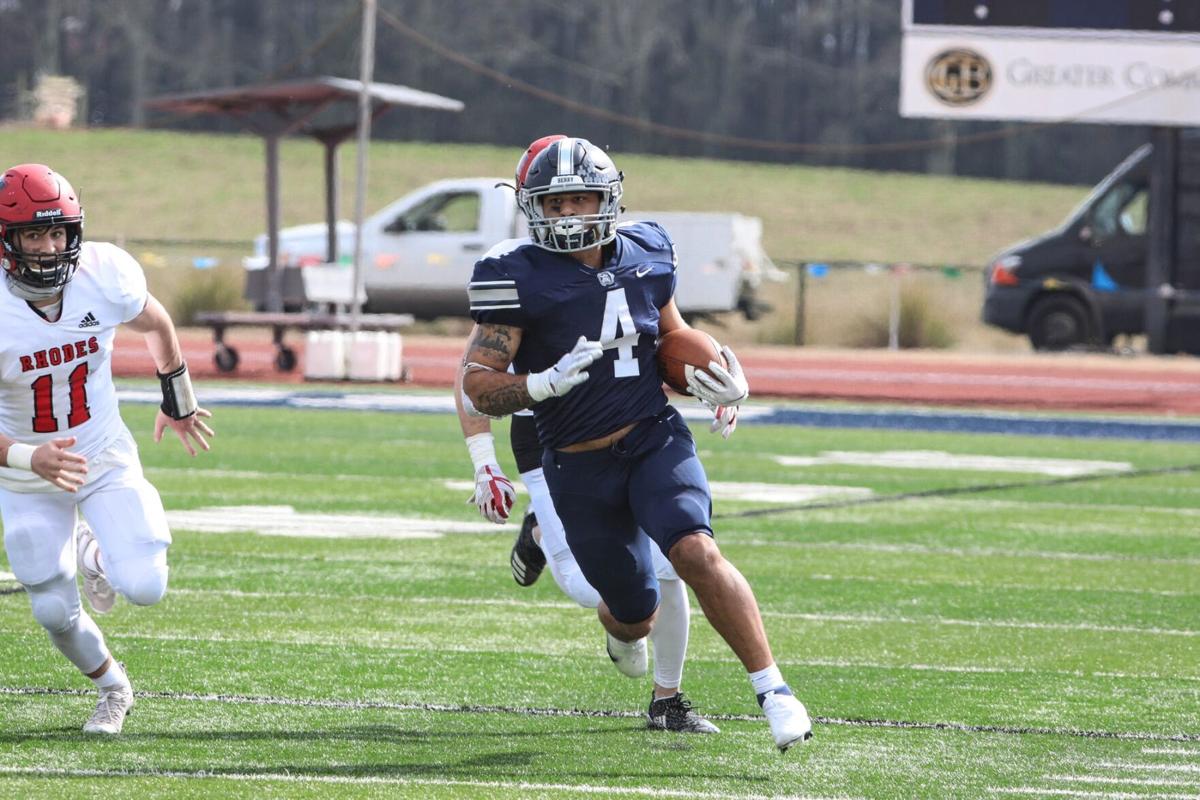 Berry sophomore quarterback Gavin Gray (11) prepares to run a play with freshman running back Jonahan Maisonave in the backfield vs. Rhodes College at Valhalla Stadium on Saturday, Feb. 27.

The Berry Vikings, fresh off an undefeated regular season, are in Little Rock, Arkansas, to compete for the Southern Athletic Association football championship against the Hendrix Warriors on Saturday.

The Vikings will vie for their fifth straight SAA championship, dating back to 2016.

Both Berry and Hendrix are 3-0 entering Saturday.

The Vikings arrive in the Arkansas state capital led by sophomore quarterback Gavin Gray. During the spring 2021 season, Gray is 53-of-93 passing for 735 yards with eight touchdowns and two interceptions.

Gray has also rushed for 66 yards on 29 attempts.

Gray has distributed the ball across the board to his receiving corps. Cameron Kawa and Cade Kennemore each have 10 catches to lead Berry. Tarin Westbrook leads in receptions yards with 130.

In terms of the ground game, the Vikings have netted 440 yards. Freshman running back Jonahan Maisonave leads in yards with 133.

Seth McClure and Hunter Kautz have the Vikings’ two rushing scores of the year.

Opposing Berry’s defense will be Miles Thompson. Thompson has thrown 38-of-53 for 444 yards, two touchdowns and two interceptions over the course of Hendrix’s latter two games.

Blake Hinton is at the top of the receiving chart with 13 catches for 223 yards and two touchdowns.

Rushing-wise, senior running back Kip VanHoose leads the Warriors with 38 attempts for 190 yards and four touchdowns.

Defensively, senior defensive lineman Adonnis Butler has been a force along the line. Butler has 20 tackles, including six tackles-for-a-loss and two sacks.

For a team-by-team comparison, both Berry and Hendrix have averaged almost the same amount of points per game. The Vikings average 32.67 while the Warriors average exactly 33.

Defensively, Berry is allowing 15.67 points while Hendrix is conceding 20.33.

Kickoff between the Vikings and the Warriors is scheduled for 6 p.m. local time (7 p.m. EST) at War Memorial Stadium.

While the football team competes in Arkansas, the Berry men’s basketball team will be competing for its own conference championship Saturday after the Vikings eclipsed Hendrix 64-63 in the conference semifinal Friday afternoon at The Cage Center.

Chase Ellis’ layup with 13 seconds remaining in the second half saw the Vikings through to the conference title game. Ellis would lead Berry with 21 points.

Two other Vikings finished in double figures in the one-point affair. Rob Mbenoun recorded a double-double of 12 points and 10 rebounds while Michael Johnson chipped in 11 points.

The Vikings will battle the winner of Birmingham-Southern vs. Oglethorpe for the SAA conference championship Saturday at the Cage. Tipoff is scheduled for 2 p.m.