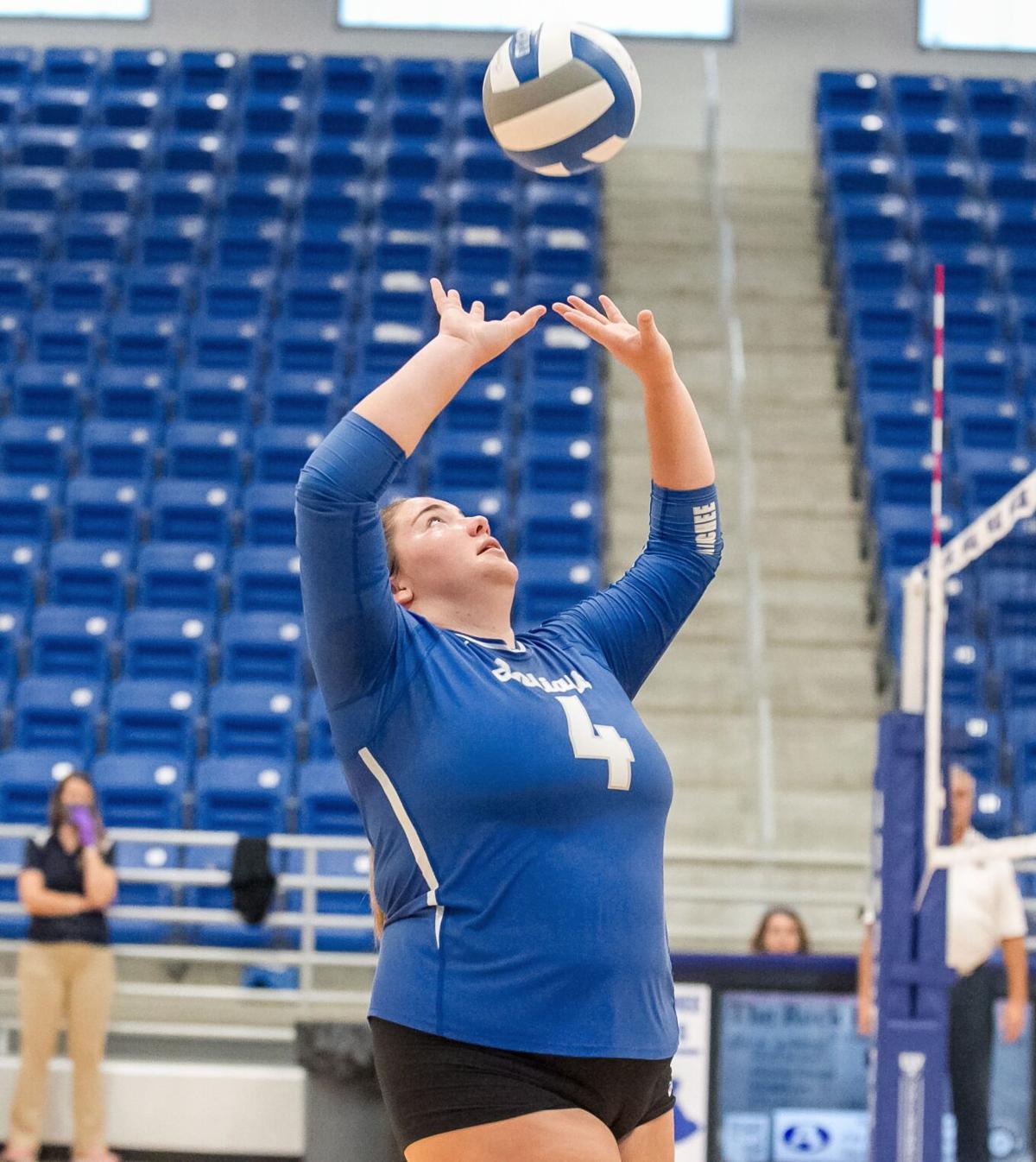 Area 6 A/AA Public Volleyball Player of the Year Carlee Poole prepares to set the ball during Armuchee's first-round match against Fannin County at Armuchee High School. Poole, along with five others, will return to the team next year. 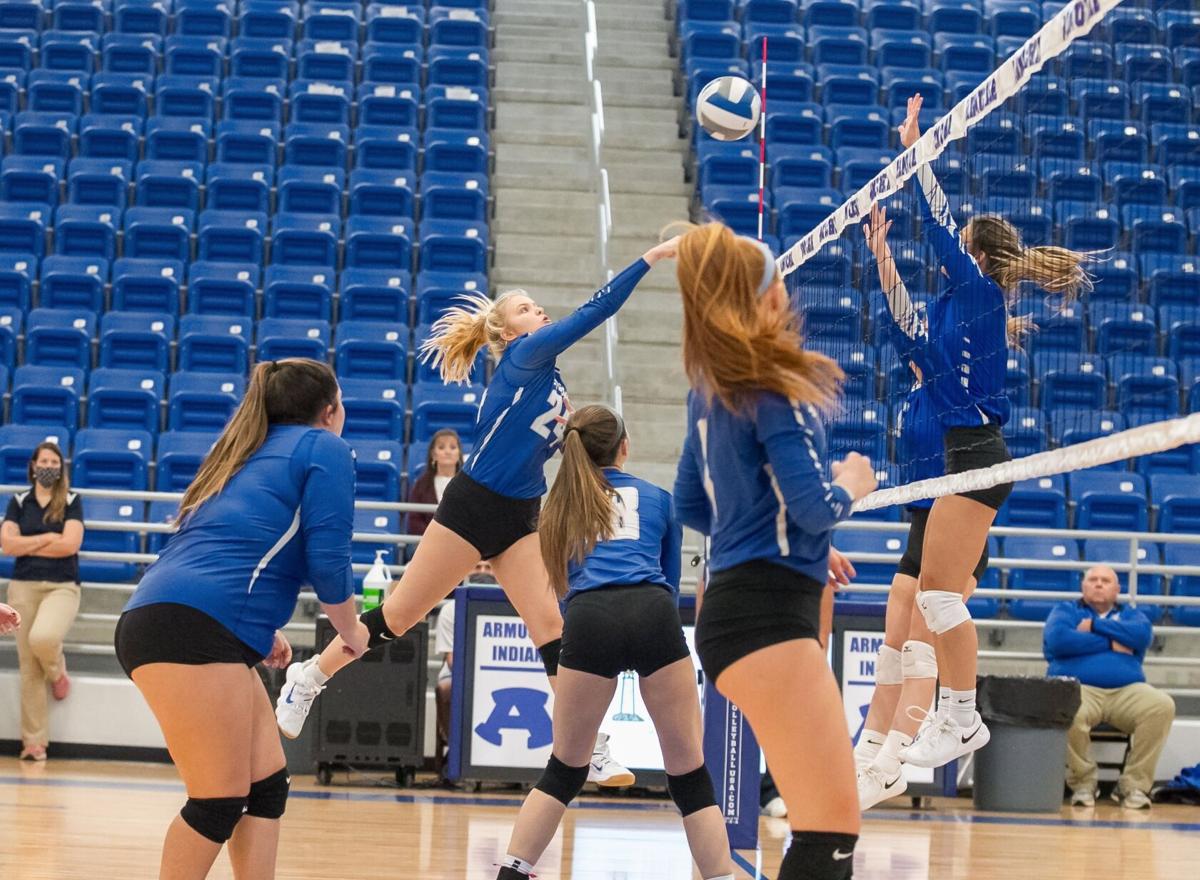 Armuchee sophomore Bailey Tomlin hits the ball over the net during the Lady Indians’ first-round playoff match on Oct. 21 at Armuchee High School.

Area 6 A/AA Public Volleyball Player of the Year Carlee Poole prepares to set the ball during Armuchee's first-round match against Fannin County at Armuchee High School. Poole, along with five others, will return to the team next year.

Armuchee sophomore Bailey Tomlin hits the ball over the net during the Lady Indians’ first-round playoff match on Oct. 21 at Armuchee High School.

The Armuchee Lady Indians have been eliminated from the Class AA/A Public State Volleyball Playoffs following a Sweet 16 exit at the hands of the Union County Lady Panthers last Saturday.

Armuchee, who finished second in the Area 6 A/AA Public Tournament, lost in four sets 3-1 in Blairsville.

“I’m proud of how our girls fought in this match,” Lady Indians assistant coach Jeff Simpson said in an emailed statement. “Our girls played very hard, with good energy, but we didn’t limit our hitting mistakes like we needed to finish this one. It’s always tough for your season to come to an end, but these girls have everything to be proud of this season. I’m especially proud of how our girls adapted to the un-normalcy and inconsistency this season we had due to COVID.”

Armuchee’s final record stands at 25-16, including an undefeated region mark prior to the area tournament. The Lady Indians have reached at least 24 wins in three of the last four seasons.

“We have had a historic season for Armuchee Volleyball,” Simpson said. “We finished undefeated in region play this season, and got to host the area tournament for the first time in school history. We won 25 games, which is the most in a season for our program.”

“Our seniors have lead this team to build this program up to where we are now the past four seasons,” Simpson said. “They have everything to be proud of, and they will be greatly missed next season.”

Simpson shared an optimistic outlook for next fall as the offseason has just started.

“We will have five returning starters next season, and that includes three current sophomores,” Simpson continued. “This postseason has been a great learning experience for all of them. We are excited about hopefully having a normal offseason and getting back to work with our returners.”