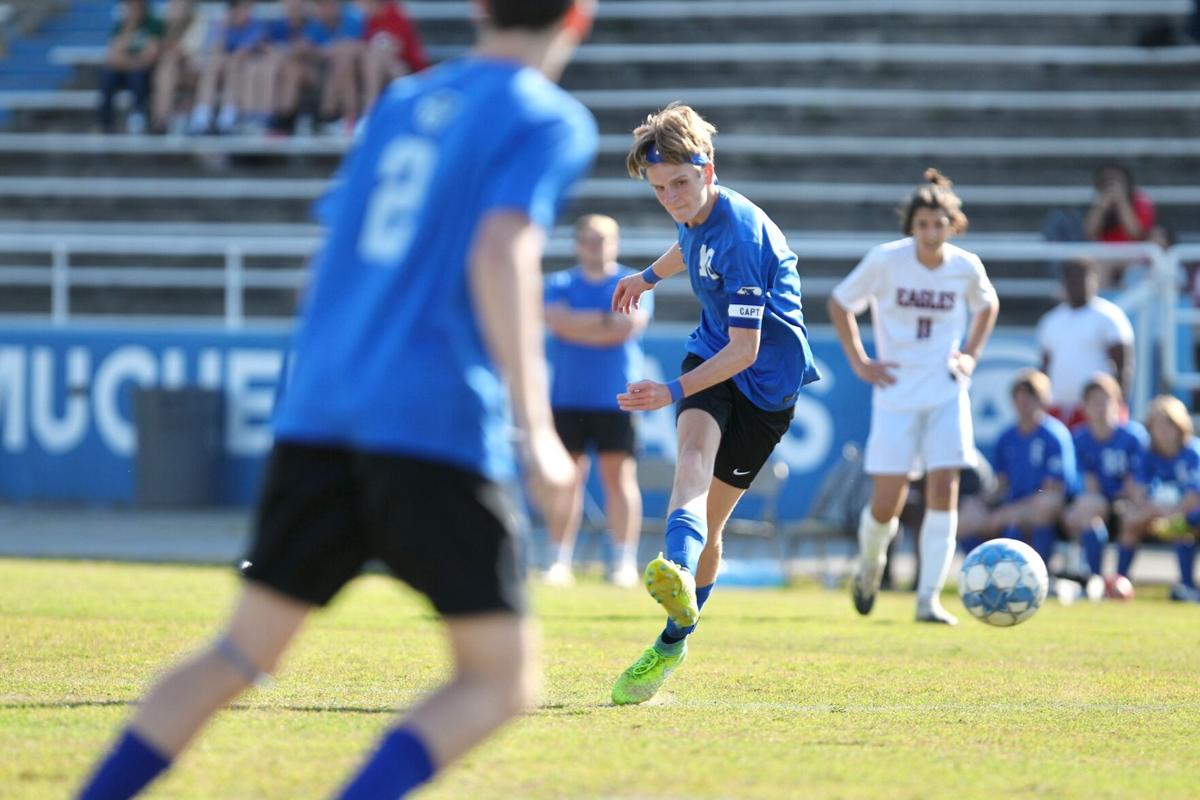 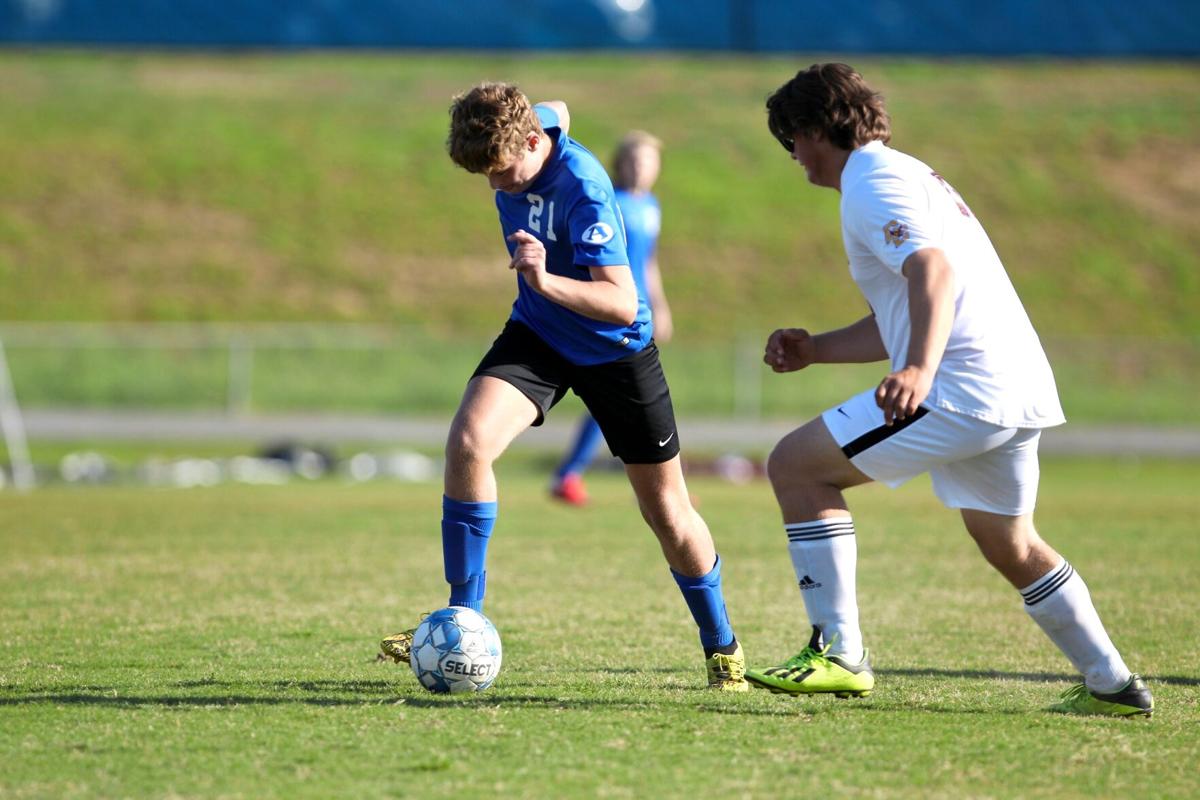 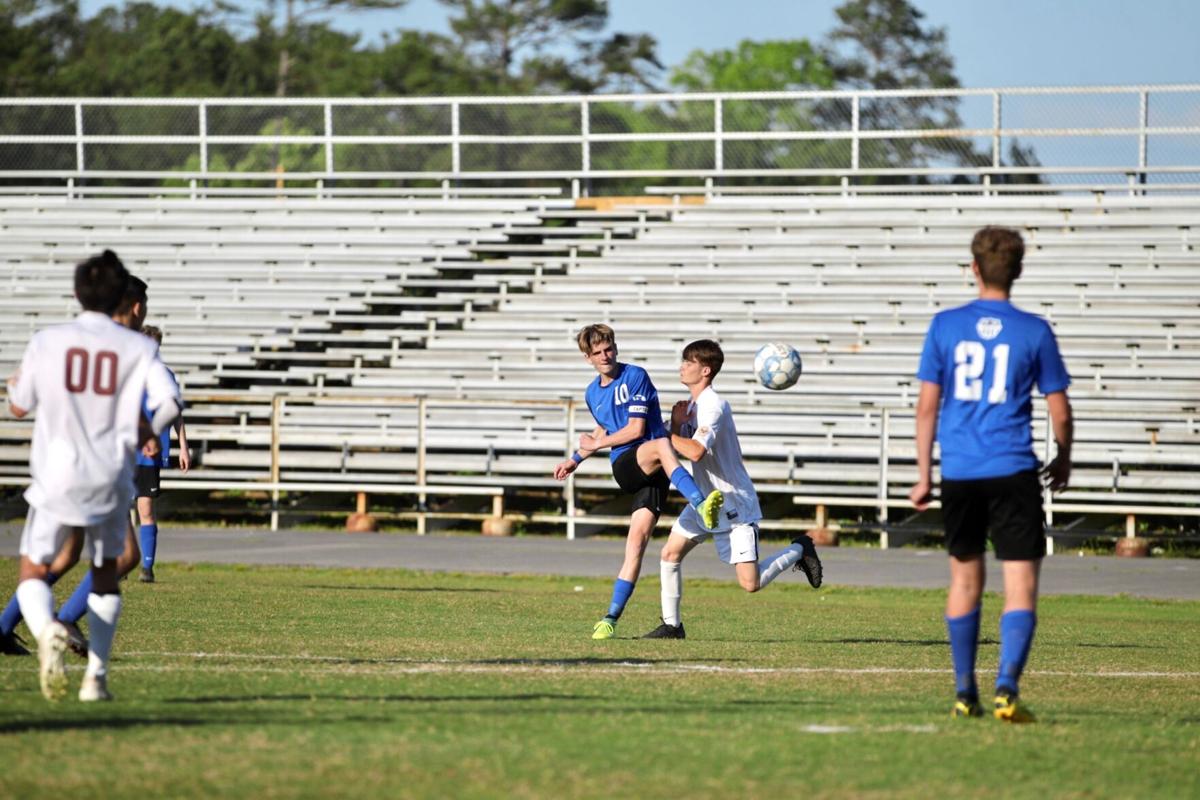 Armuchee's Davis Yeargan fires a shot toward the goal during the Indians' first-round playoff game vs. Crawford County at Armuchee High School on Tuesday, April 20.

Armuchee's Davis Yeargan fires a shot toward the goal during the Indians' first-round playoff game vs. Crawford County at Armuchee High School on Tuesday, April 20.

The Armuchee Indians are into the Sweet 16 after a dominant 10-0 win over the Crawford County Eagles on Tuesday at Armuchee High School.

Darrell Trejo and Davis Yeargan both recorded hat tricks in the outing.

“It was a really great game,” Indians head coach Luis Vazquez said. “Super proud of these kids. We just keep getting better from here on out. It’s been a long road. We’ve had some ups and downs, but we started off well and hopefully we can finish up the season well.”

Armuchee took full control early, as Aiden McFarland tallied the Tribe's first goal less than six minutes into the contest and never looked back. The Indians held a 6-0 edge at halftime, but went right back to work in the second half, scoring four more in a 10-minute span. Josh Boston finished off the game just after the 50th minute.

The Indians now prepare for a road contest at Towns County High School next Tuesday. Towns County (9-2, 9-1 Region 8-A Public) had a first-round bye to begin the playoffs.

“We go to every game respecting every team,” Vazquez said. “Every team’s got something that they bring to the table and so Towns County is going to be a tough game, but we hope and we expect to have a good game against them.”

Vazquez said before the trek to Hiawassee, he wants to see continual improvement in communication.

“We’ve a very young team,” Vazquez said. “(For) a lot of them, it’s their first time playing together, so ... hopefully we can correct that.”

With 2 more chances to medal at Olympics, Suni Lee is not done yet

Should St. Paul be worried about the bad reputation of its streets?

U studying vaccine impact of COVID-19 spread in young adults

Cherokee commissioners to vote on zonings for boat and RV storage, 41-home neighborhood