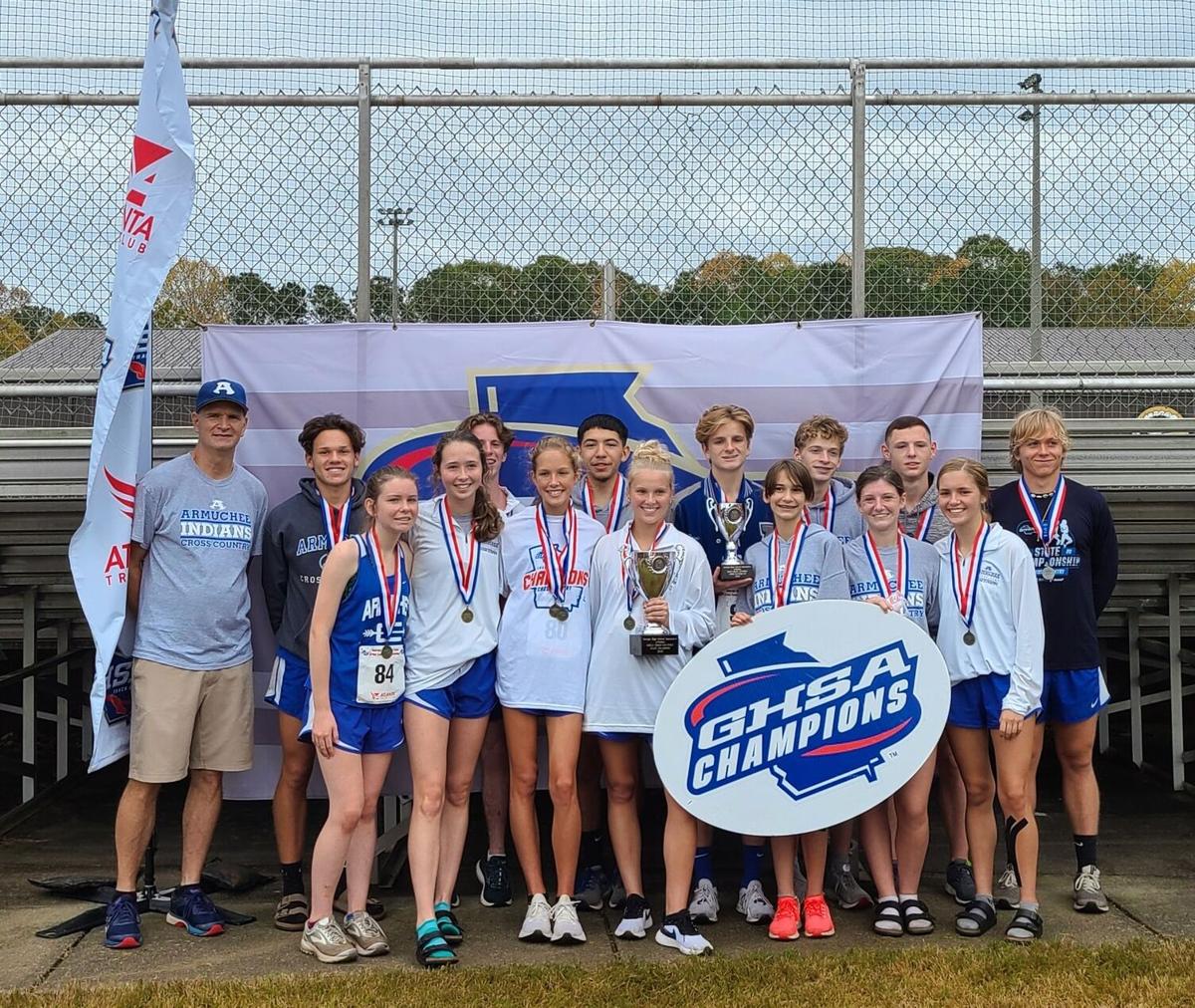 The Armuchee boys and girls cross country teams pose with their new trophies following the state championships Saturday in Carrollton. 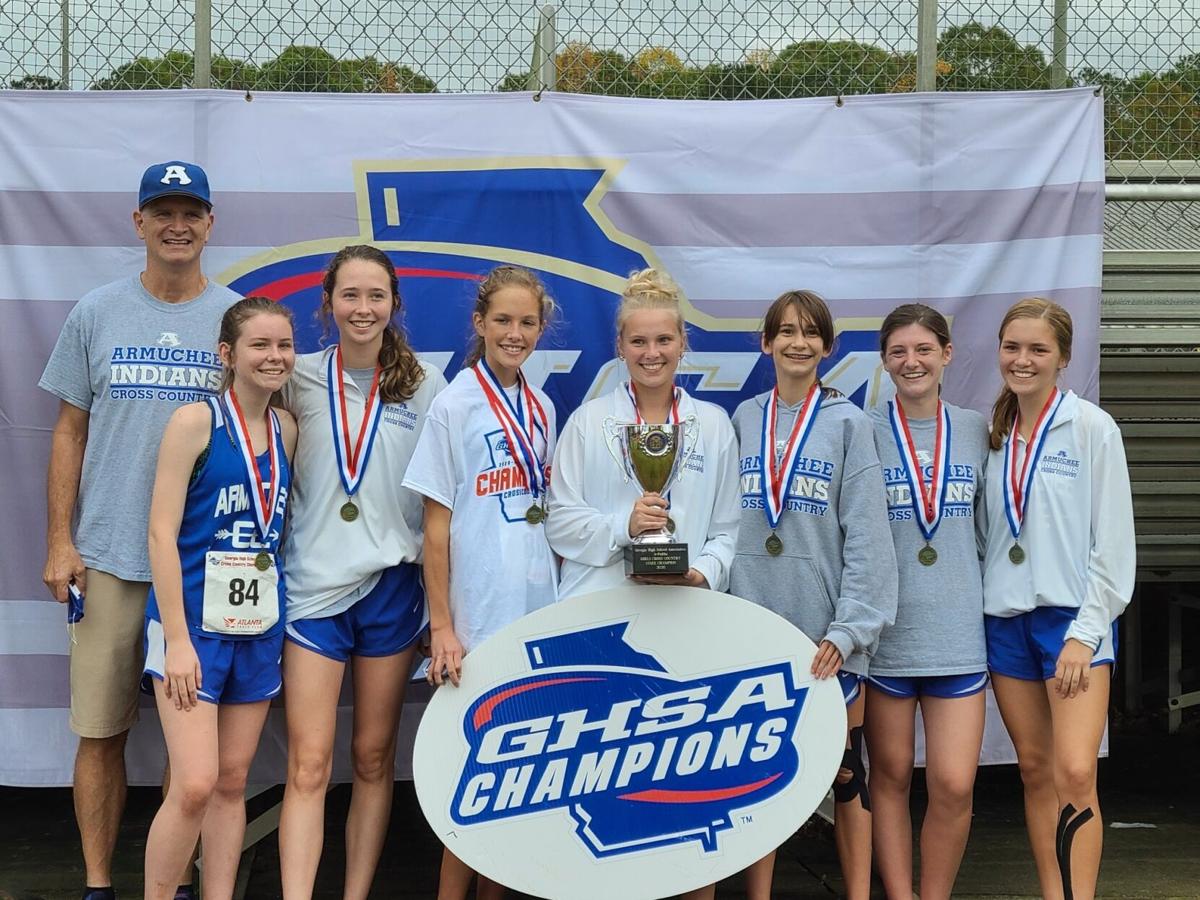 The Armuchee Lady Indians pose with their new trophy after winning the 2020 Class A-Public Cross Country State Championship on Saturday, Nov. 7, in Carrollton.

The Armuchee boys and girls cross country teams pose with their new trophies following the state championships Saturday in Carrollton.

The Armuchee Lady Indians pose with their new trophy after winning the 2020 Class A-Public Cross Country State Championship on Saturday, Nov. 7, in Carrollton.

For the first time in school history, the Armuchee Lady Indians are cross country state champions.

“I was very excited,” Armuchee cross country head coach Scott Pierce said in an emailed statement. “I try to stay calm, but I was very excited. I’ve waited a long time to get a state championship and this group gave it to me with a lot of hard work. (The girls) were very excited. A few tears and lots of hugs.”

The Lady Indians captured first out of a field of 22 teams. Armuchee’s boys’ team claimed runner up, going against 24 other schools.

The Lady Indians took third place in Class AA two years ago, while the boys were runners-up three of the previous four years.

Armuchee’s Shelby Green claimed the top spot in the Class A-Public Girls 5K Race with a time of 20:01.41. Fellow teammate Marissa Kimple was close behind her at 20:43.39, taking second overall.

“(Green’s) time is pretty good on that course; it would compare well with many other divisions,” Pierce said. “She’s a legitimate prospect (and) so is Marissa Kimble.”

Peyton Alford clocked in at 25:48.68, becoming the 37th runner to complete the course.

As a team, the girls recorded 65 points, 19 better than second place Academy for Classical Education.

“We are comfortable with the placing but expected to do better,” Pierce said. “I told (them) it’s a good sign for your program when you’re disappointed with a state runner-up finish.”

“Our strengths in that race as it usually is was our ability to pack together and finish closely,” Pierce said. “We put five runners in the span of about 10 placings. That’s pretty hard to do in a big race.”

Pierce described Armuchee’s cross country season as “very successful,” noting that achieving a championship helps to get athletes to come out as it “lets the kids know it (is) within reach.”