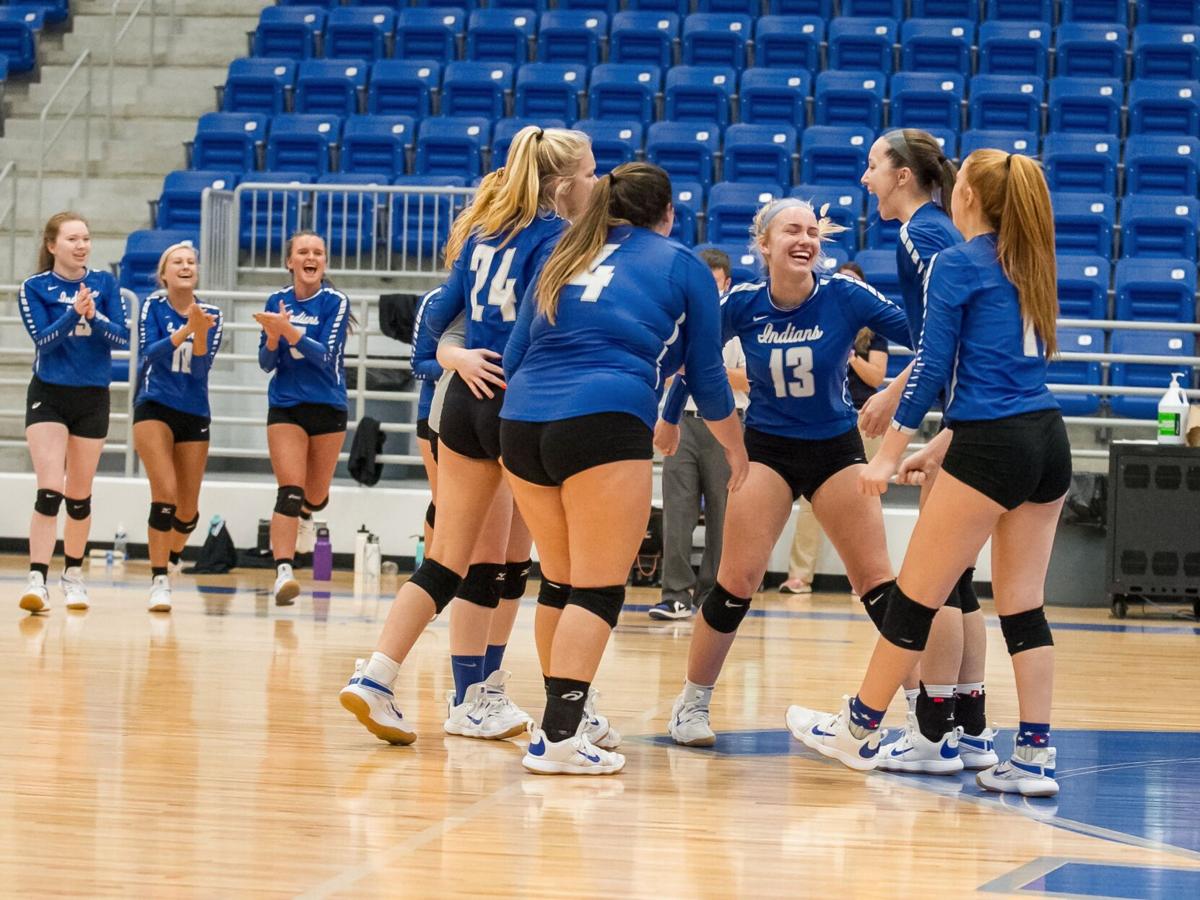 Armuchee celebrates its first-round victory over Fannin County on Wednesday at Armuchee High School. The Lady Indians moved on to face Union County in the Sweet 16 on Saturday. 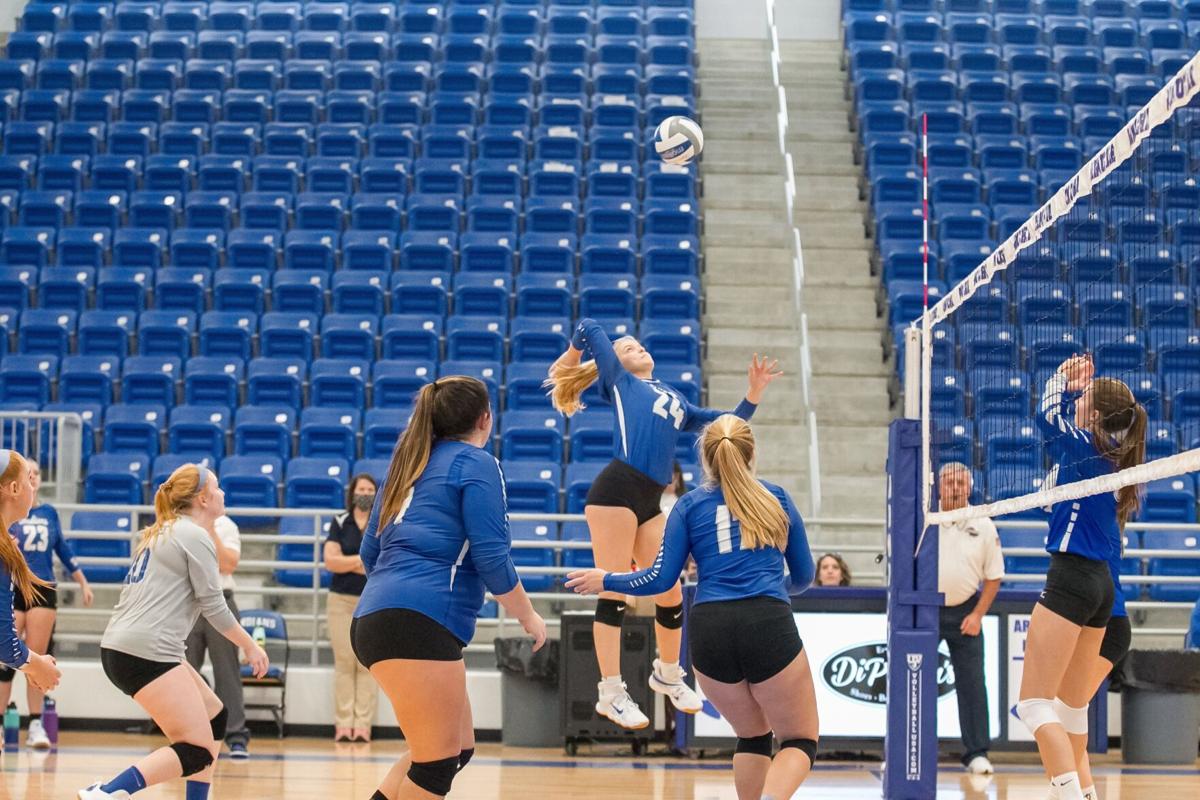 Armuchee sophomore Bailey Tomlin goes up for the ball during the Lady Indians’ playoff match against Fannin County.

Armuchee celebrates its first-round victory over Fannin County on Wednesday at Armuchee High School. The Lady Indians moved on to face Union County in the Sweet 16 on Saturday.

Armuchee sophomore Bailey Tomlin goes up for the ball during the Lady Indians’ playoff match against Fannin County.

The Armuchee Lady Indians are on to the Sweet 16 after taking down Fannin County in four sets in their first-round playoff match Wednesday at Armuchee High School.

The Lady Indians are set to face Are 8 No. 1-seed Union County Saturday in Blairsville.

“I’m proud of the way the girls came out today,” Lady Indians assistant coach Jeff Simpson said. “We’ve got a great group of girls that play hard. They came in with good energy today.”

The first set started out back-and-forth, but at 11-8 Armuchee, the Lady Indians began to pull away and took set one 25-13.

The second set went back-and-forth throughout, with neither team able to build on a big run. Armuchee would build a 24-20 edge late, but Fannin Co. cut the lead to one at 24-23 with three straight points. However, the Lady Indians were able to close out the last set 25-23 to take a 2-0 lead in the best-of-5.

Fannin County came out on a roaring start to begin set three going up 7-3 and 12-5. Armuchee rebounded and held a slim 16-15 advantage, but the set stayed tightly contested down the stretch. At 22-22, Fannin County would eventually pull out a set win 25-22.

“(Fannin’s) a really good defensive team,” Simpson said on the conversation after set three. “If we just keep the ball in play, don’t make mistakes on our end and we’ll be able to finish this thing off.”

That set the stage for a four set with Armuchee leading 2-1. The Lady Indians got off to a 5-2 start, but a Fannin County resurgence saw the Lady Rebels actually take a 7-6 lead. However, that would be Fannin’s last lead of the set as Armuchee slowly build a sizable lead and cruised from there.

Junior Emily Tomlin delivered her 11th and final kill of the night as Armuchee win set four 25-15, advancing to the Sweet 16 for the second time in three years.

“We played with a lot of energy and our bench was in it,” Simpson said. “We had a lot of people step up.”

Bailey Tomlin was second on the team in kills with nine, while also picking up an ace. Kyleigh Powell had five kills and four aces attributed to her name.

Armuchee now prepares for a Sweet 16 match at Union County this Saturday at noon.