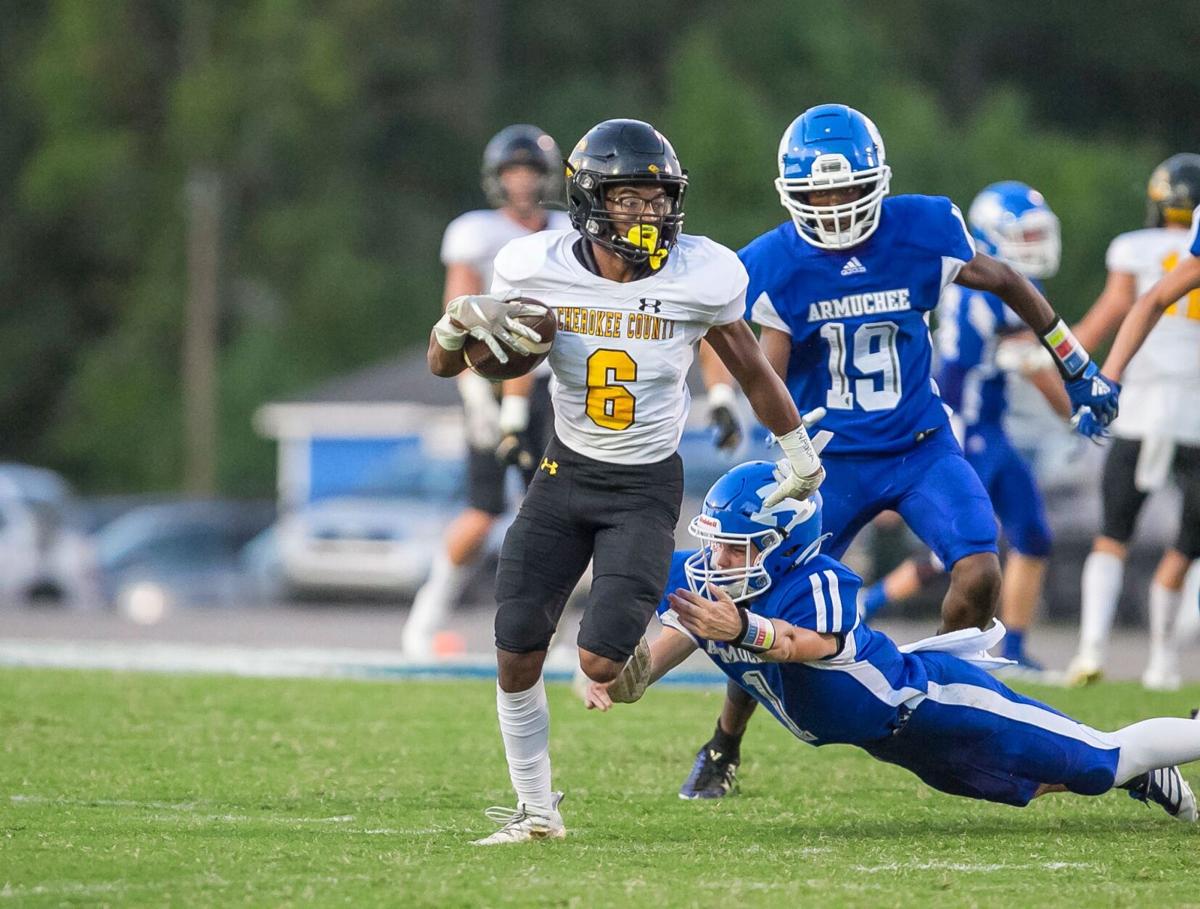 Cherokee County’s Malachi Horton runs a punt return back for a touchdown during a game against the Armuchee Indians at Armuchee High School on Saturday, Sept. 26. 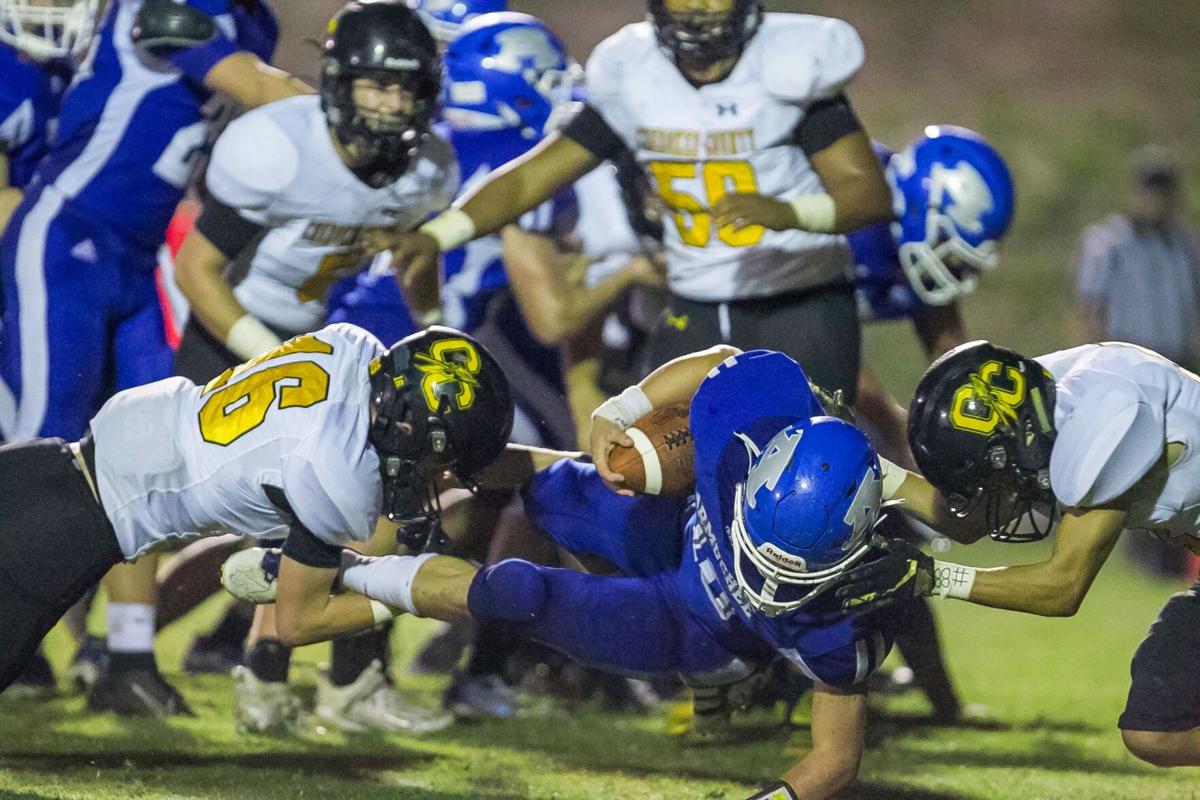 Cherokee County’s Malachi Horton runs a punt return back for a touchdown during a game against the Armuchee Indians at Armuchee High School on Saturday, Sept. 26.

The Armuchee Indians fell for the first time in 2020 56-6 to the Cherokee County Warriors from Centre, Alabama. Saturday marked Armuchee’s first contest in 22 days following a quarantine.

“We couldn’t take a full month off before we played Southeast Whitfield,” Indians head coach Jeremy Green said. “I told our players, regardless of what happened out there, which wasn’t very pretty, it was good for us.”

Cherokee County (5-1) ran the opening kickoff back to the Armuchee 17-yard line and never looked back. At halftime, the Warriors led 42-0.

Armuchee struggled throughout the evening in every facet of the game. Two of the Warriors’ six first-half touchdowns came via punt returns.

Armuchee broke up the shutout bid with three than three minutes to go in the game.

“There were times we looked OK on offense and we put drives together,” Green said. “Against a really good football team, we ran the ball and we connected on passes, we just didn’t do it consistently enough.”

Green said he told his players after the game they were a family.

“We’re going to come back to work on Monday and our goals are still in place,” Green said. “We’re going to build a football program that people in this community are proud of and tonight was positive. It was a step.”

Green said tackling must improve and would be a major point of emphasis entering the week’s practices prior to Armuchee’s next contest, a road game at Southeast Whitfield County.

However, not getting to practice as a team until four days prior to kickoff had its effect.

“You can’t really tackle until the first day before the game the way the GHSA acclimation rules are set up,” Green said. “It ain’t safe to go out there in full pads the day before the game. So I mean, you know, tackling, you don’t get to practice it, so we’ve got to go back and tackle. My kids basically haven’t tackled in a month.”

The Indians had a sizable crowd for their home opener, Saturday’s contest being the first at H.A. Lindsey Stadium since Nov. 8, 2019.

“It was a positive experience and that’s all there is to it,” Green said.

The Indians return to action at Southeast Whitfield High School on Friday, Oct. 2. Kickoff is scheduled for 7:30 p.m.

'This would not have happened with Roger Ailes': Trump upset that Fox News ran Obama's speech