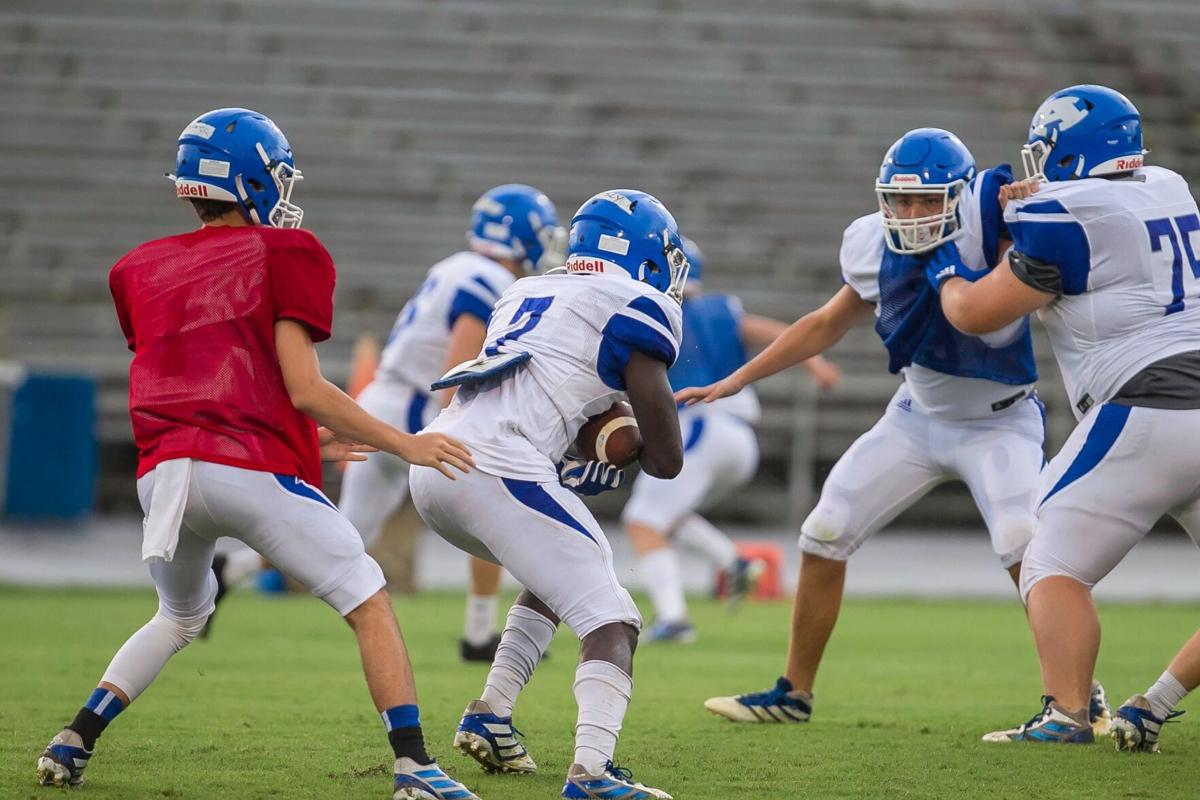 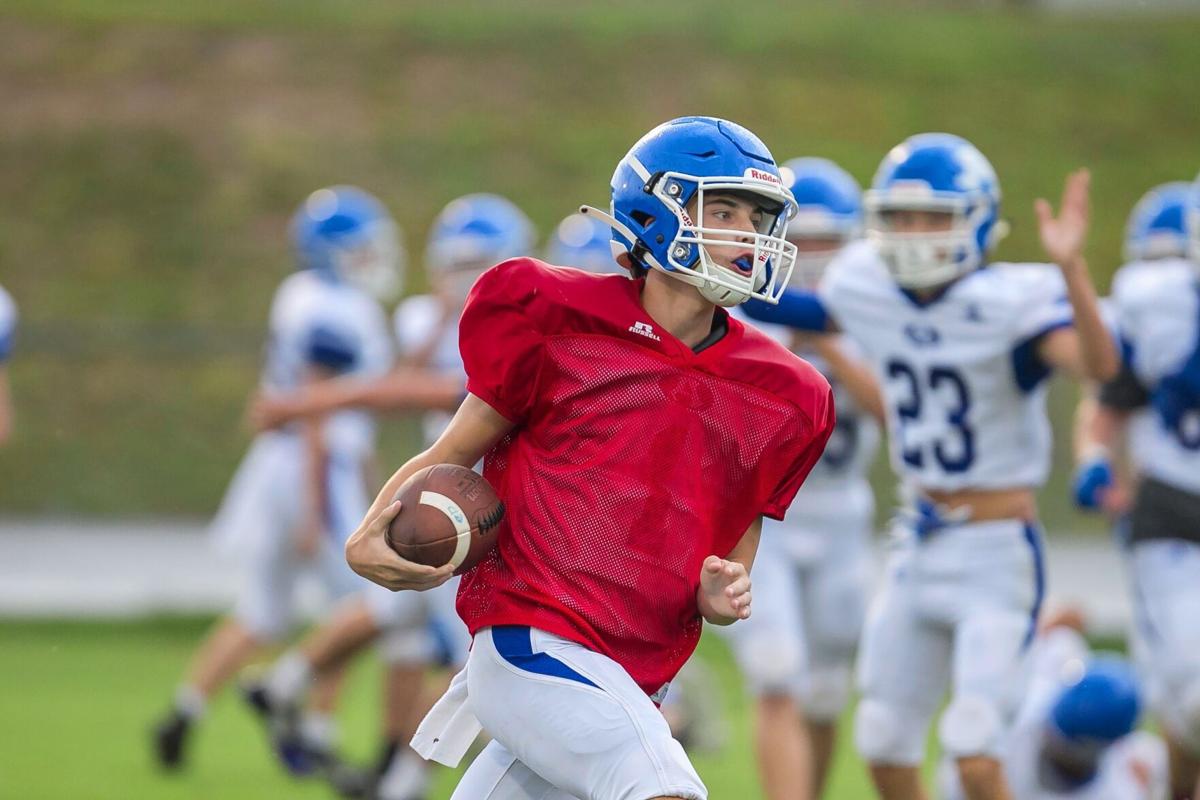 Armuchee quarterback Chandler DeSanto takes the ball across the goal line from 1 yard out during Thursday’s scrimmage.

Armuchee quarterback Chandler DeSanto takes the ball across the goal line from 1 yard out during Thursday’s scrimmage.

The rain could not keep the Indians at bay as Armuchee hosted its Blue/White scrimmage game under the lights of H.A. Lindsey Stadium at Armuchee High School. The event was attended by fans and students alike.

“We had the lightning delay and everybody was really wanting to go out, so when they finally got the go-ahead to go out, they were just really pumped up,” Armuchee defensive coordinator Jamey Rice said. “I’m happy we got to play.”

Sophomore quarterback Chandler DeSanto got the start under center, serving as quarterback for both sides for some series.

“I think he showed a lot of leadership,” Rice said. “I think he managed the offense really, really well.”

DeSanto looked good early, throwing an arching pass toward the left sideline caught over-the-shoulder by Jefferson House just outside the goal line. DeSanto finished off the drive one play later with a QB run for the end zone.

One of DeSanto’s top targets was senior Sylvester Bassey. Bassey is expected to be one of Armuchee’s leaders this fall. DeSanto and Bassey connected on a screen pass to the left which Bassey took the rest of the way.

“I’m proud of the seniors for their leadership and making sure this thing went really well,” Rice said.

Bassey and sophomore Marty Seagraves took quite a few handoffs as well at the running back position. Both flashed skill, showing their ability to move in between tackles and find some green grass.

“Guys were playing hard,” Rice said. “People were having fun. Several of them had to step up today and I’m proud of them for that.”

Junior Kameron Parker and freshman Jackson Coonley both saw some time at quarterback after DeSanto.

“If it had gone on until about 8 o’clock with the lightning delay, we wouldn’t have been able to get out (here),” Rice said. “When we got the go-ahead, they erupted in the locker room. They were really excited to play tonight. Getting to put on the game jersey, even though it’s ... an inter-squad scrimmage, they were really excited.”

But the highlight of the evening was the event itself, as much uncertainty has surrounded whether a full varsity football season is even possible given the current health crisis. The moment meant a lot not only to the players, but to the coaching staff as well.

“We’ve got some guys that love to play football and it’s fun to be around them,” Rice said. “The uncertainty of the times and the fact that they come to work every day not knowing when it might get taken away.”

Armuchee opens its 2020 campaign Sept. 4 at Towns County in Hiawassee.