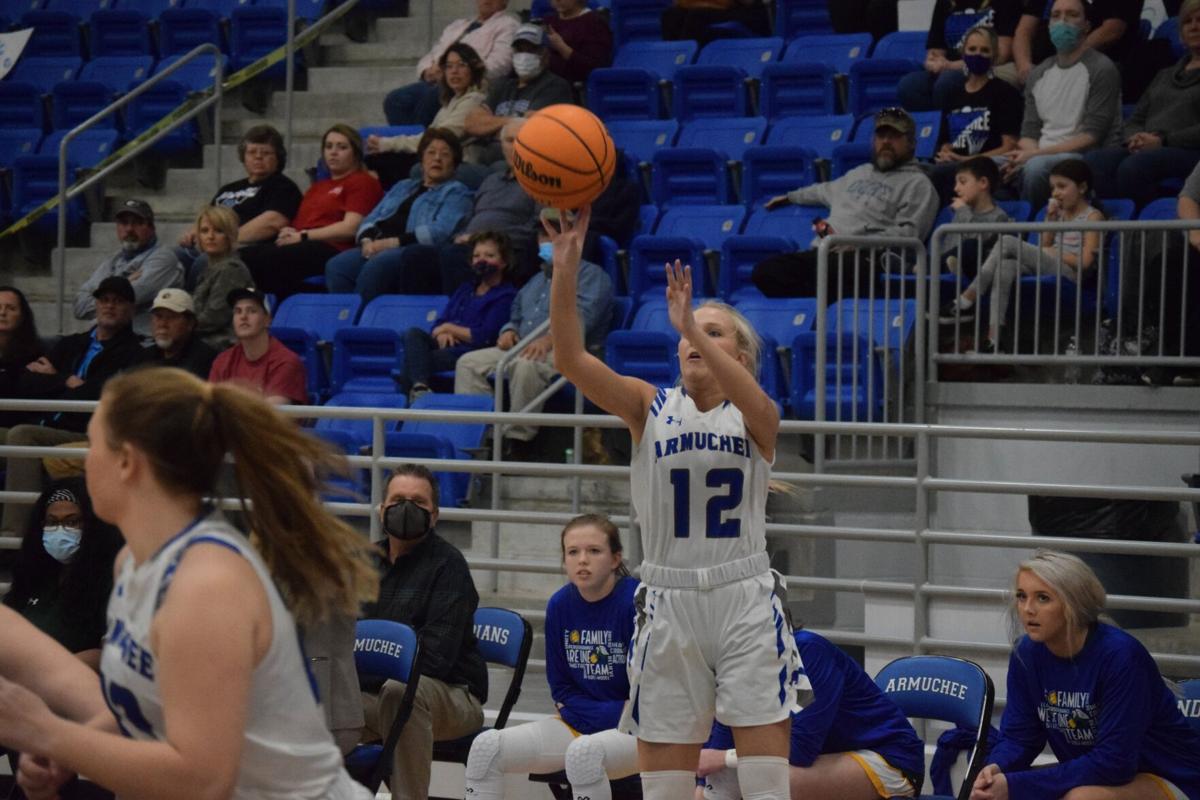 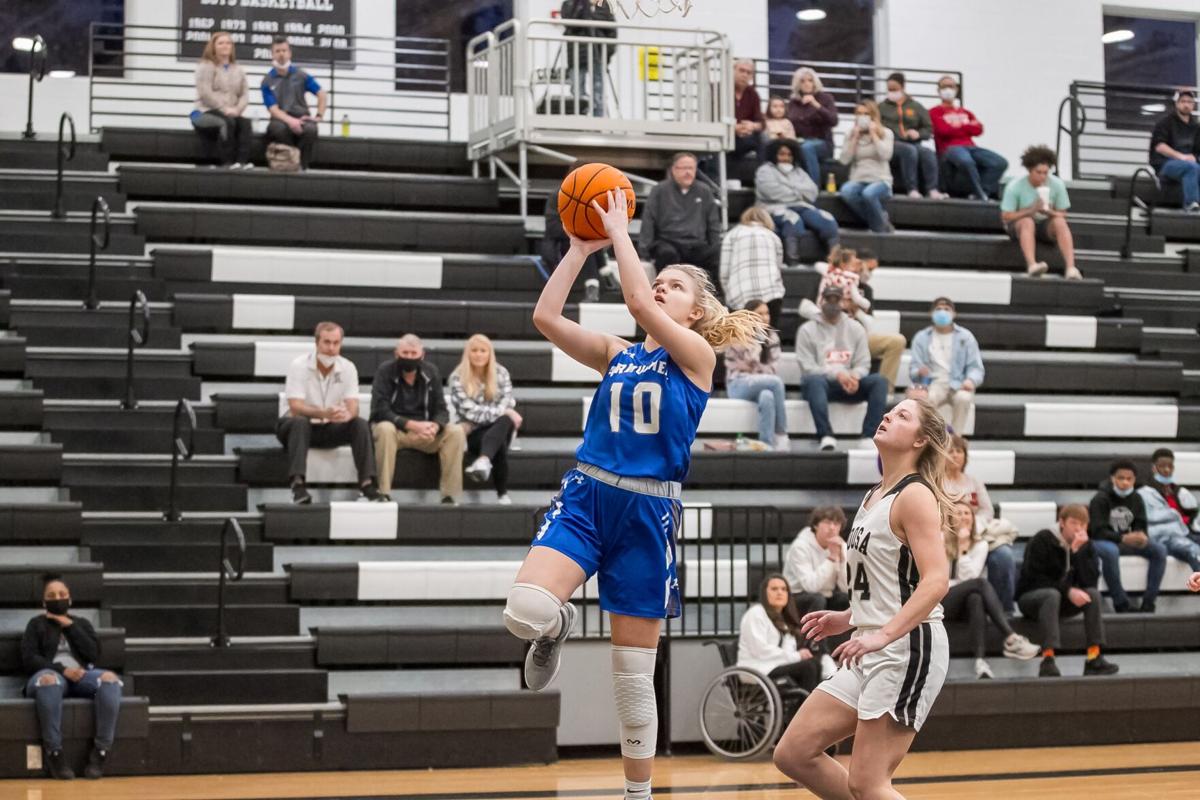 Armuchee's Bailey Tomlin attempts a layup during a non-region game against the Coosa Lady Eagles at Coosa High School on Saturday, Jan. 16.

Armuchee's Bailey Tomlin attempts a layup during a non-region game against the Coosa Lady Eagles at Coosa High School on Saturday, Jan. 16.

A dominant opening half powered the Armuchee girls to a 57-35 win over the Academy for Classical Education in the opening round of the Class-A Public state tournament Tuesday night in Armuchee.

The Lady Indians, region champion and the top seed out of Region 6-A, will face Commerce at home on Friday night in the Sweet Sixteen. Commerce won their first round game 48-46 over Taylor County on Tuesday.

To advance to Friday’s game, Armuchee (18-6) jumped all over ACE (10-9) in the first quarter, using a harassing defense to force turnovers in the backcourt and convert the ensuing transition opportunities into layups. Heading into the second frame, the Lady Indians had already put up 21 points and built a 13-point cushion.

“I think they came out from the tip and were really showing confidence and teamwork with each other,” Lady Indians head coach Michelle Arp said.

Armuchee kept its foot on the gas pedal in the second quarter, outscoring the Lady Gryffons 17-1 in the frame to take a 38-9 lead into the locker room.

Jaslyn Edwards, Julia Williams, and Arionna Dozier each put in 11 points for Armuchee. Chloe Purdy added eight. Nine different players in total got themselves into the box score for Armuchee, who has consistently relied on group efforts over individual performances throughout the course of their 18-win season.

“It was just a really good team win tonight,” Arp said. “Everybody got to play and contribute in the first round, so that’s a special moment for everybody.”

Armuchee is now 11-2 on the year when playing in front of their home crowd, a direct reflection of what Arp pointed to as a huge factor in how far Armuchee goes in the state playoffs.

“I think everybody really supports the Tribe, and we really appreciate the community support that Armuchee has always shown towards our program,” Arp said. “I think it’s special especially for the seniors to get to play in the Sweet Sixteen at home — I told them that that’s something they’ll remember forever.”

The Lady Indians will get a chance to add some more memories when they take on the Commerce Lady Tigers on Friday. The Lady Tigers are 17-10 and earned the No. 2 seed out of Region 8-A.

Wide-ranging legislation aimed at cracking down on rioting protesters in Georgia that criminal-justice advocates say could trample on free-speech rights faced debate in the General Assembly Tuesday.

ATLANTA — A $1.9 trillion federal COVID-19 relief package moving in Congress that would send aid directly to cities and counties has drawn backlash from Gov. Brian Kemp, who says its funding formula shortchanges Georgia.

ATLANTA — Republican state lawmakers took a major step Monday toward overhauling voting by mail and other election procedures in Georgia with passage of an omnibus bill by the state House of Representatives along party lines.

ATLANTA — The late Gov. Zell Miller will be honored with a monument on the grounds of the Georgia Capitol under legislation the state Senate passed unanimously Monday.

ATLANTA (AP) — While election legislation has dominated discussion in the 2021 General Assembly, Georgia lawmakers have a lot of other work to accomplish in the next week. An annual deadline called crossover is looming on March 8. By then, bills must by passed by their original chamber or fa…

OPINION: Chris Kelly Opinion: 'Coop' is gone, but his light lives on

Britain expected to borrow 10.3 per cent of its GDP next year