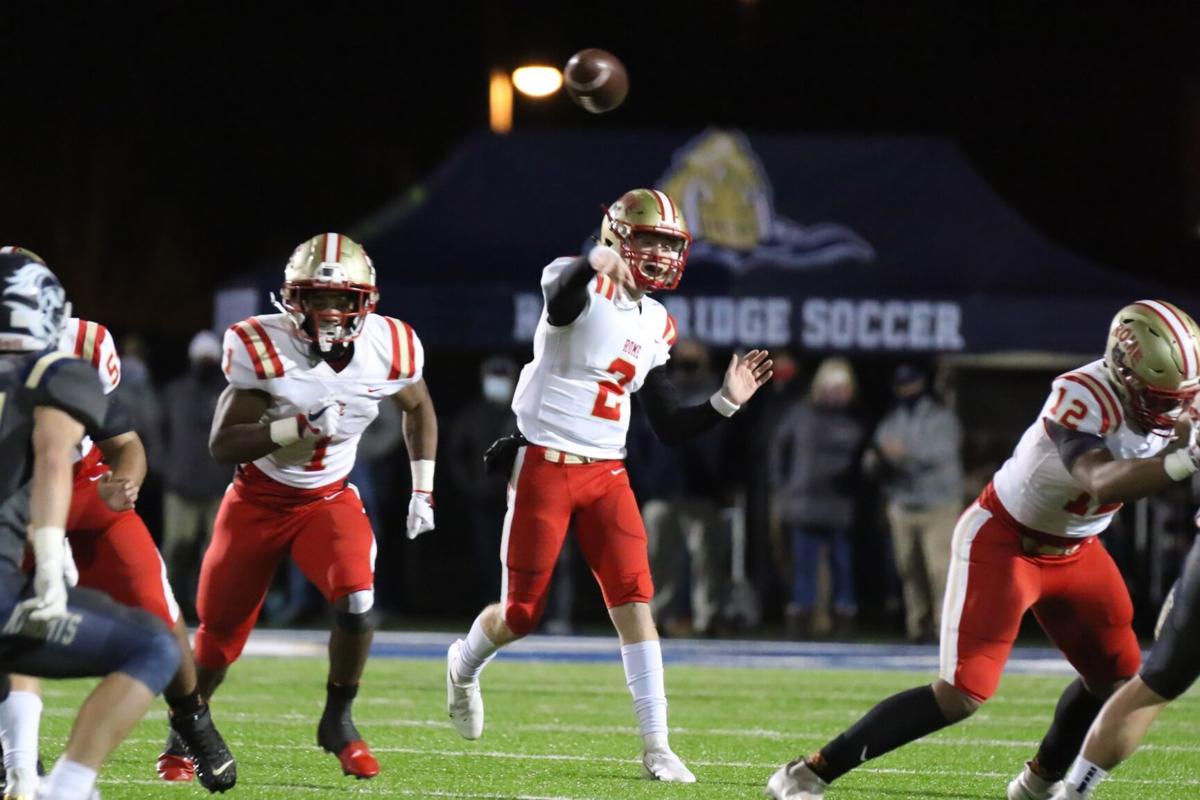 Rome quarterback Reece Fountain throws a pass during the Wolves' Sweet 16 game against the River Ridge Knights on Friday, Dec. 4, in Woodstock. 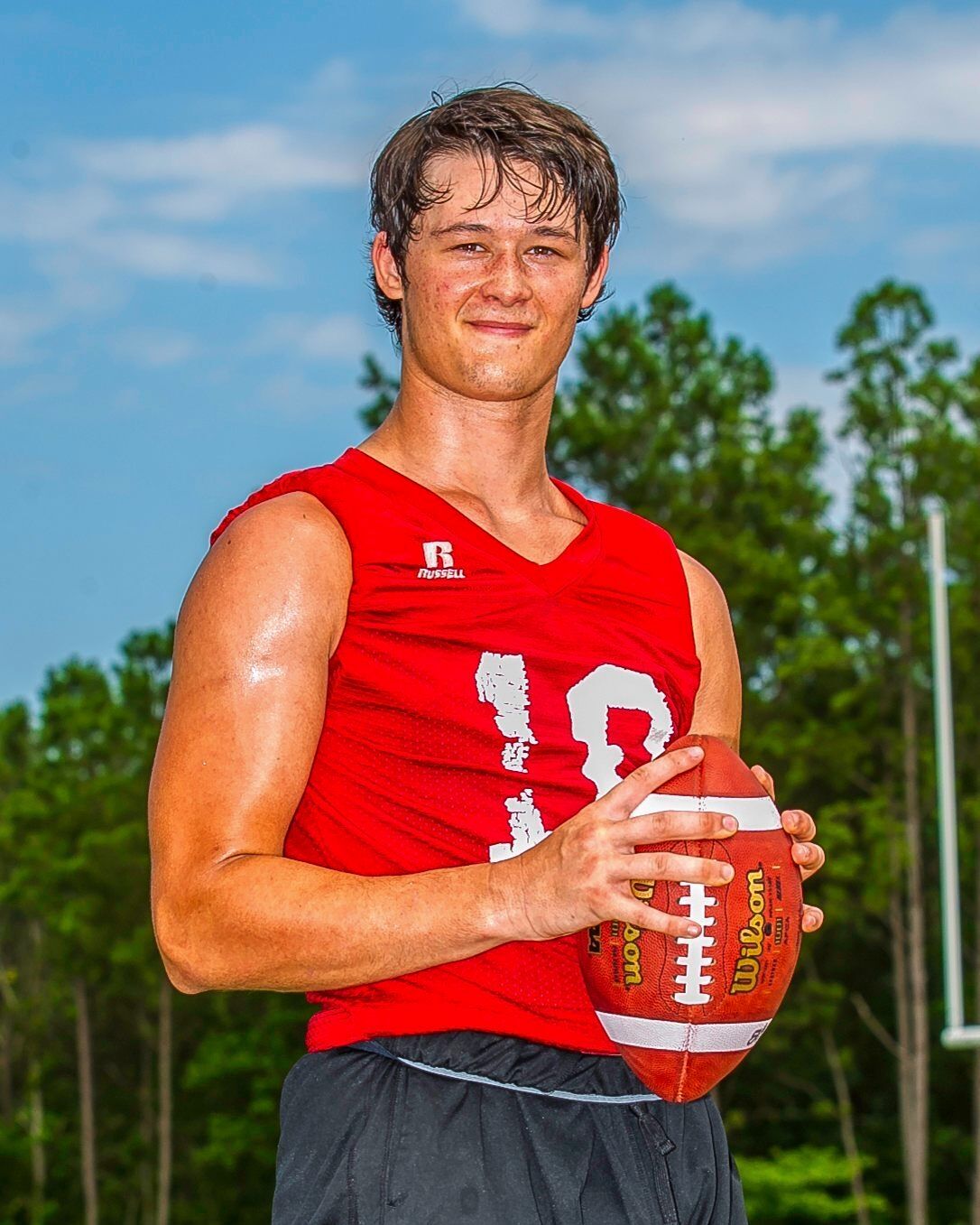 Rome senior defensive lineman Bryant Wilkinson became one of the leaders of his team.

Rome quarterback Reece Fountain throws a pass during the Wolves' Sweet 16 game against the River Ridge Knights on Friday, Dec. 4, in Woodstock.

Rome senior defensive lineman Bryant Wilkinson became one of the leaders of his team.

For those familiar with Rome football, the program has defined itself by excellence, translating to consistent wins and appearances in the state playoffs.

A large component in that lies with the players themselves.

For Rome senior defensive end Bryant Wilkinson, he’s experienced it all. Wilkinson has been to every level of the Georgia High School Association playoffs at least twice.

Wilkinson made the most of his senior season. His 99 tackles, 17 tackles-for-a-loss and 13 sacks all led the Wolves defense.

For his work, Wilkinson was named Region 5-AAAAAA Defensive Player of the Year, and the Rome News-Tribune is awarding him the same title as part of the 2020 All-Area Football Team.

“(It was) an amazing experience,” Wilkinson said of the 2020 season. “Just from not knowing if we were going to have this season to it all coming together through practice and everything else.”

Wilkinson said he feels he has improved his pass rush ability the most.

“I used to not be very good at it, and over the last couple of year, Coach (John) Reid’s taught me new moves and how to handle different situations,” Wilkinson said. “I hope I let everyone understand our expectations, whether it be state championship or game (specific) goals.”

One of the inevitable guarantees in all varsity sports is roster turnover, as seniors graduate from high school and prepare for their next journey.

For Wilkinson, however, his varsity sports journey is not quite over yet. Wilkinson also wrestles for Rome High School and has aspirations of earning back-to-back state wrestling titles in the 195-pound weight class.

“Right now, I’m on to wrestling, but after that college,” Wilkinson said. “(I want to) get bigger, stronger, faster, ... (and) understand the game more.”

As one star on defense departs, another star is rising on the other side of the ball.

As a freshman, he was thrust into the starting lineup as the signal caller, expected to lead a Rome offense that still had a bulk of its season — and Region 5-AAAAAA — still to play.

His name is Reece Fountain, and it’s a name you will want to keep your eyes and ears out for.

After coming in for Rome’s senior quarterback Caleb Ellard, who was injured during a region game against Carrollton, Fountain began to flash his ability more and more.

Through Rome’s six games to the end of regular season, Fountain threw for 1,196 yards with 10 touchdowns and zero interceptions. For his efforts, he is the Rome News-Tribune’s Freshman of the Year.

“It was so exciting to finally become the starting quarterback. This is one of my dreams,” Fountain said. “I finally got my chance midway through the season and I took advantage of it. I was really prepared from middle school with Coach Charles Smith and my offensive coordinator (Chris Boden) worked with me all throughout the summer.”

Fountain also gave thanks to the rest of the Rome Wolves coaching staff.

Fountain said the biggest step he took in his first season was arm strength and the ability to effectively read defenses.

Looking ahead to the 2021 season, Fountain expressed interest in becoming more of a dual-threat quarterback.

“I really want to run the ball a lot more,” Fountain said. “I’ve been working out a lot, getting stronger.”

While Rome has not made an appearance in a state championship game since 2018, Fountain said the clear goal is to be the final team standing in Class AAAAAA next winter.

“I have a really good receiving core with Martel (Hight), DK (Daniel) and Martavious (Collins),” Fountain said. “I can trust them at any time (and) they know what I’m thinking, too. We work together all the time.”

Churches and other places of worship would have to remain open in Georgia during public emergencies like the COVID-19 pandemic under a measure that passed the state Senate on Friday.

WASHINGTON — Joe Biden is enjoying an early presidential honeymoon, with 60% of Americans approving of his job performance thus far and even more backing his handling of the coronavirus pandemic, according to a new poll from The Associated Press-NORC Center for Public Affairs Research.

WASHINGTON — President Joe Biden on Friday signaled support to replace decades-old authorizations for the use of military force in the Middle East, a little more than a week after he relied on the authorizations to carry out a retaliatory airstrike against Iranian-backed militia in eastern Syria.

MONTGOMERY, Ala. — Breaking with other Southern GOP governors, Alabama Gov. Kay Ivey extended her state’s mask order for another month Thursday but said the requirement will end for good in April.

Center of Everything: Greater Hazleton residents, elected officials have different views about development